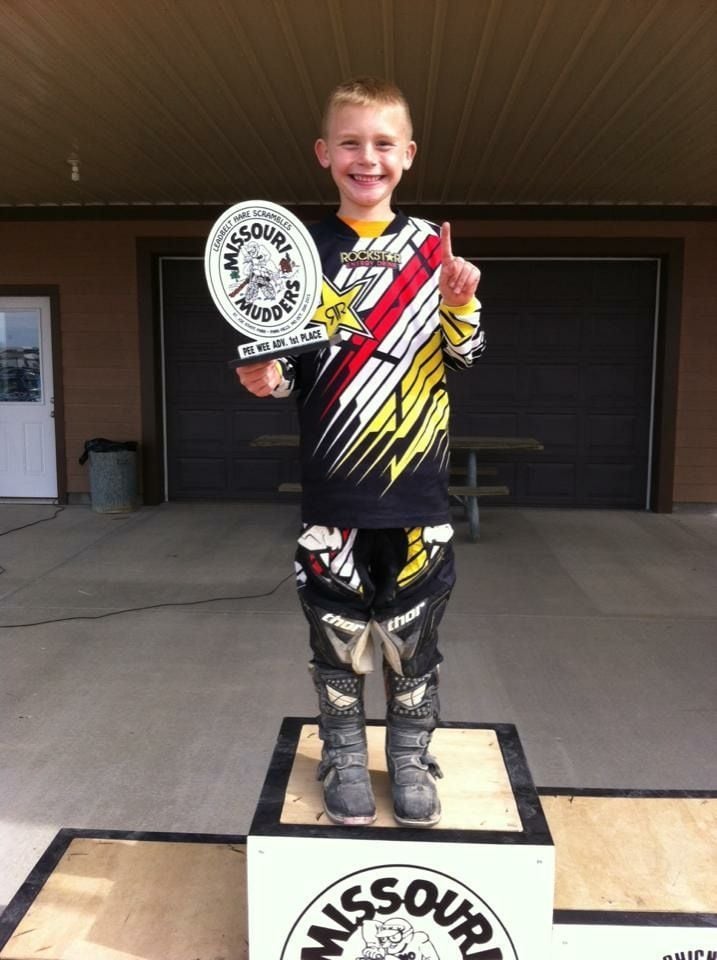 Brayden Slade, 6, earns first place in the Missouri Mudders race in Park Hills on Oct. 25. He won the last five races out the nine-race series claiming the championship title in the 2015 Missouri Hare Scramble Championship Series. 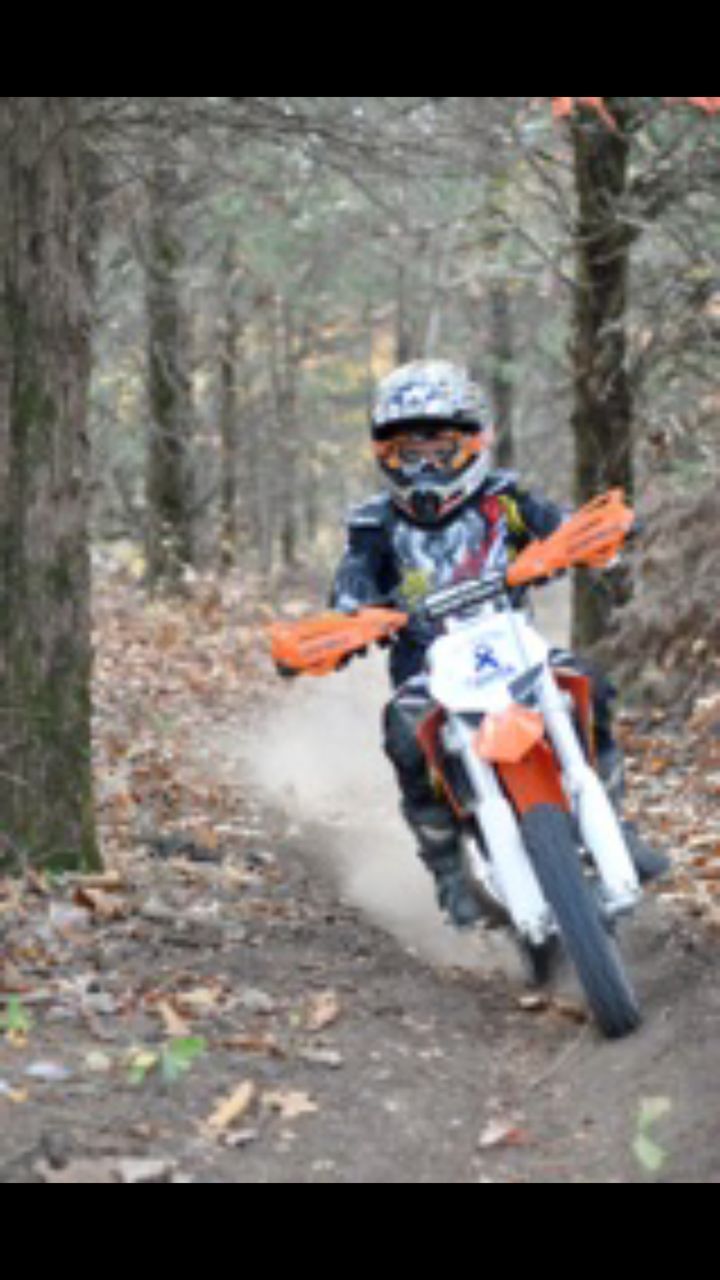 Dirt bike racing is a big part of Bonne Terre resident Brayden Slade's life. He has been racing for the last few years and has won a state championship title the last two years.

Brayden Slade, 6, earns first place in the Missouri Mudders race in Park Hills on Oct. 25. He won the last five races out the nine-race series claiming the championship title in the 2015 Missouri Hare Scramble Championship Series.

Dirt bike racing is a big part of Bonne Terre resident Brayden Slade's life. He has been racing for the last few years and has won a state championship title the last two years.

Riding dirt bikes has been a part of 6-year-old Brayden Slade's life since he was three years old. The Bonne Terre boy was named this year’s 2015 State Champion in the Missouri Hare Scramble Championship Series.

Brayden’s dad, Brad Slade said the Missouri Hare Scramble is a dirt bike series that is a woods race.

“There are nine races in the season and he won five of them,” said Brad, “which gave him enough points to win the state championship. The nine-race series runs from March through October and the races are across the state.”

Brayden raced in the Pee Wee 50cc advanced class and they mostly take place in the woods. Brad said that they race on courses that are usually between three-quarters of mile to a mile and each race lasts about 30 minutes.

“Brayden won the last five races to be able to win the championship,” said Brad. “He will get a trophy for it in January when they have a big banquet at the Lake of the Ozarks for it.”

This was Brayden's third season racing in the Missouri Hare Scramble Championship Series and his second year taking first place.

“Most kids play baseball or football,” said Brad. “Brayden is just a dirt bike guy. That’s the only way I know how to explain it.”

Brayden plans to take part in the series again next year and Brad said that he believes dirt bikes will always be a part of Brayden’s life.

How much coffee trivia do you know?