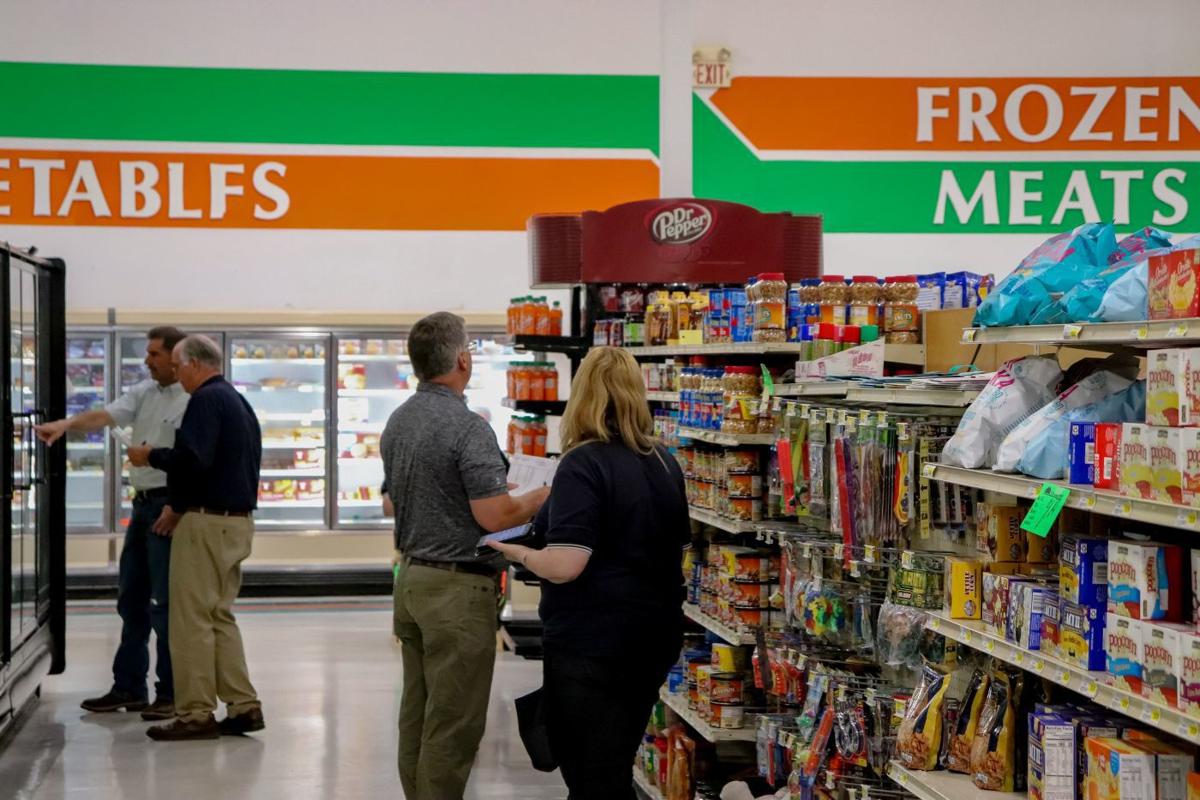 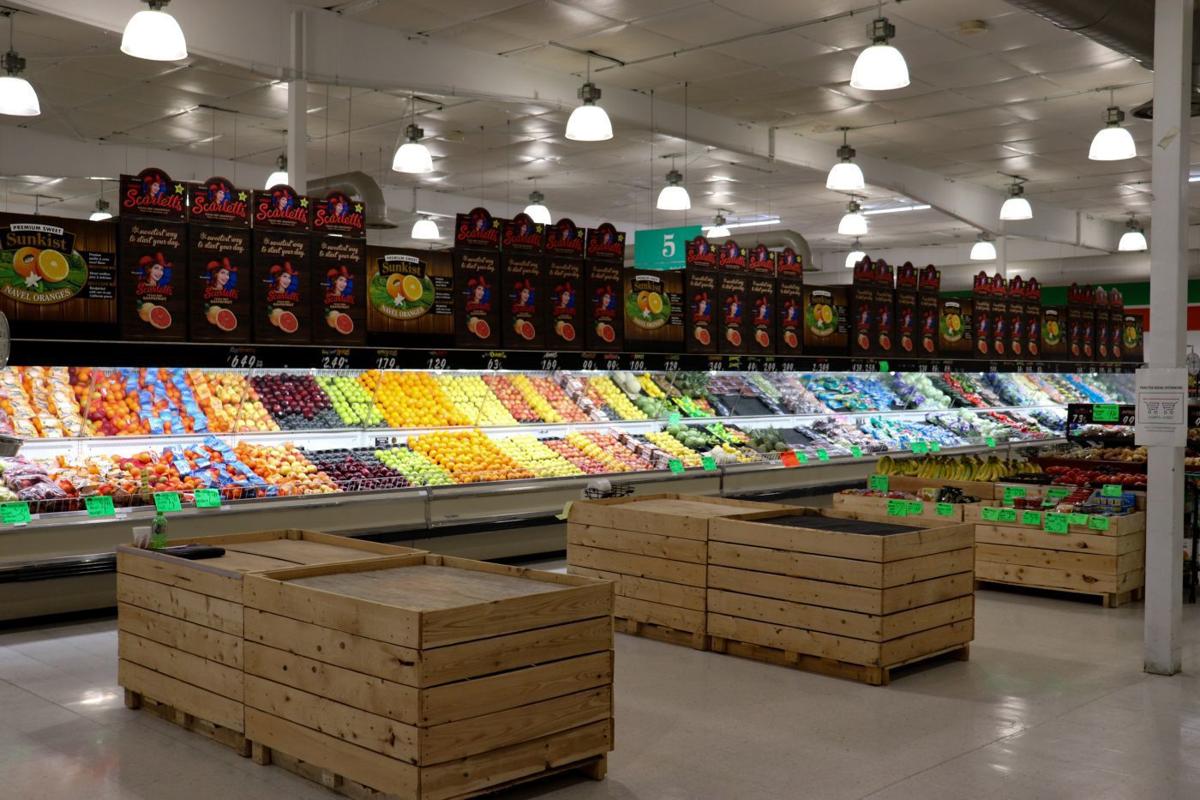 Displays are cleaned and organized as workers move through different sections of Bonne Terre Country Mart Wednesday while the store closed to allow transitioning procedures to be carried out by Harps Food. 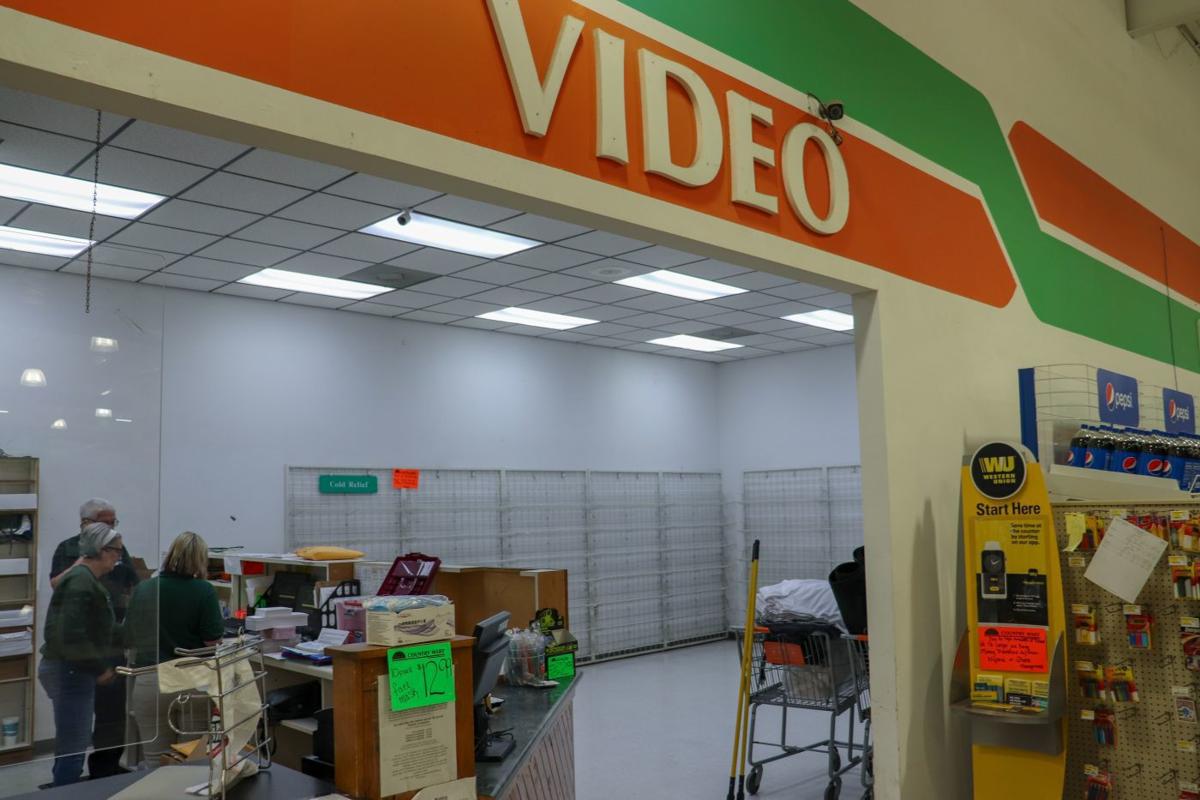 Some shelves are emptied and items moved around as workers at Country Mart in Bonne Terre prepare the store to open as the new Harps Country Mart.

Country Mart and Town & Country grocery stores throughout the area have begun the process of becoming the newest locations in the Harps Food Stores family.

The Bonne Terre Country Mart location was closed Wednesday for an inventory count. Teams of inventory specialists were canvassing the store, which will reopen as Harp’s Country Mart Thursday.

Store Manager Jennifer Lore said she was very excited about the transition but mentioned it would be a gradual process.

“We’re playing it by ear,” Lore said when asked when the transition would be complete. “It will be baby steps, you know. Just gradual changes and I think more of what we’ll be changing is probably being more updated.”

Lore has worked for the store for more than 20 years and said that this change would be bittersweet but a good one nonetheless.

Long-time Country Mart employee and Office Manager Jessie Morgan said that many of her family members had worked at the store over the years and said that though she had to fight back the tears throughout the day, she too sees the changes and updates as good things.

The team members at Harps transitioning the newly acquired stores have been tackling four stores per week. Lore said they had already completed the inventory process at the stores in Fredericktown, Potosi, and Park Hills.

She said they would move on to the Country Mart in Farmington Thursday.

Lore went on to say she believed it would be approximately two months before all the stores are completely transitioned to the way Harps operates.

Among updates like new cash registers and other equipment, some new products, like alcoholic beverages, will soon be coming to the store shelves.

Harps is a 100% employee-owned company that operates 92 stores in four states, including Arkansas, Oklahoma, Missouri, and Kansas. Harps is the largest employee-owned company in the state of Arkansas and was founded by Harvard and Floy Harp in Springdale, Arkansas in 1930. Since then, the company has grown to employ more than 4,500 associates.

Chaumette Vineyards & Winery has been selected as a 2020 winner of The Knot's "Best of Weddings" award.

Glass factory to lay off 165 by August

Piramal Glass USA Inc. this week officially announced the layoff of 165 employees at its Park Hills plant, effective July 31. This layoff will…

Serenity "clowns around" for residents

Spreading sunshine and joy is just one of the things Serenity HospiceCare staff members do in the areas they serve. In the course of conductin…

Displays are cleaned and organized as workers move through different sections of Bonne Terre Country Mart Wednesday while the store closed to allow transitioning procedures to be carried out by Harps Food.

Some shelves are emptied and items moved around as workers at Country Mart in Bonne Terre prepare the store to open as the new Harps Country Mart.