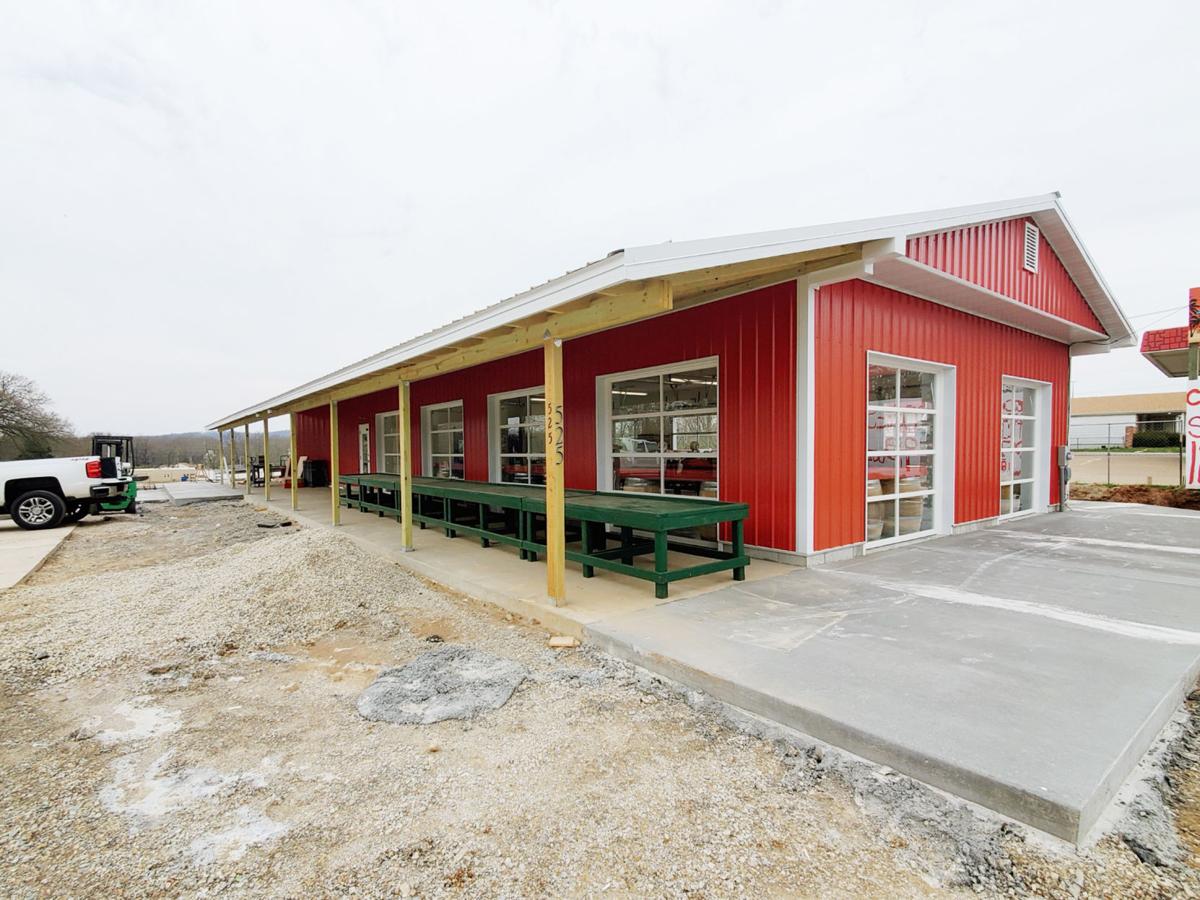 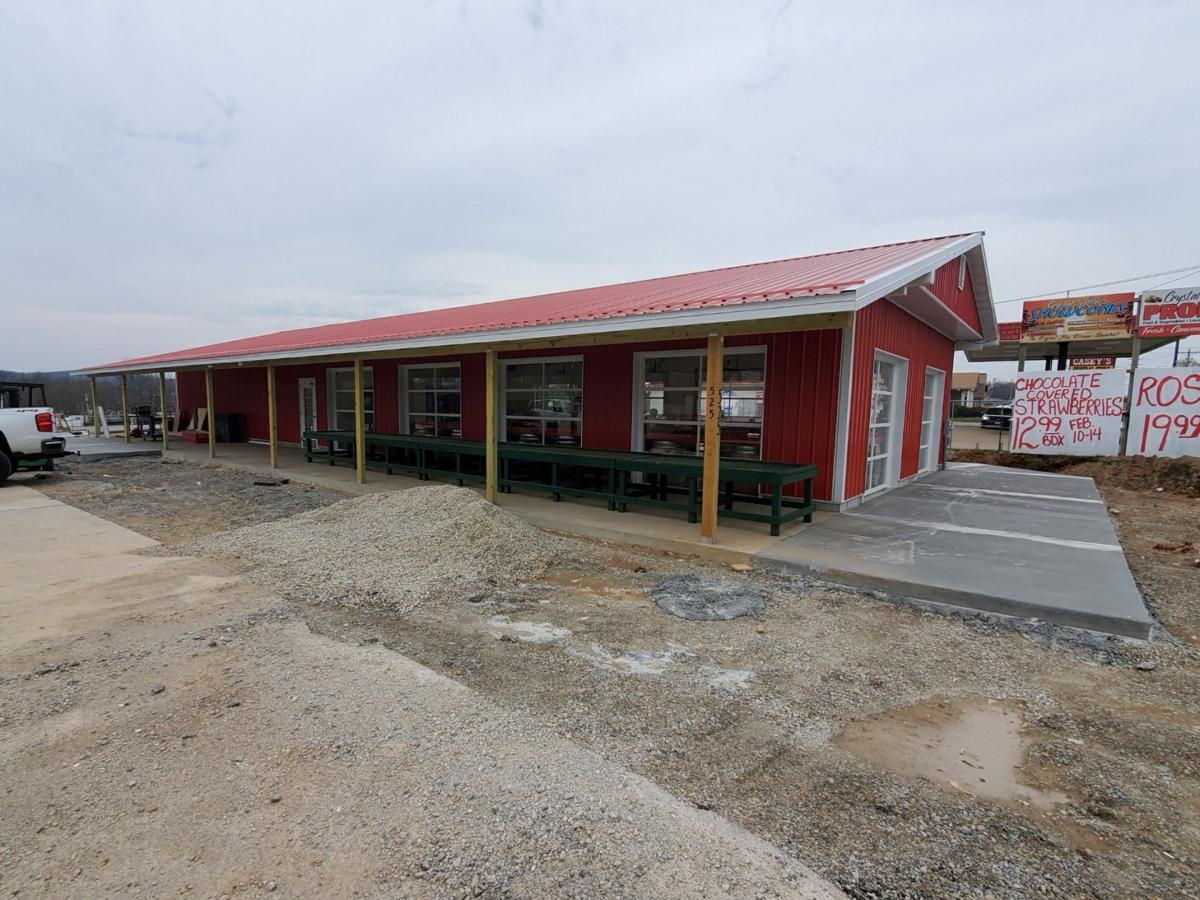 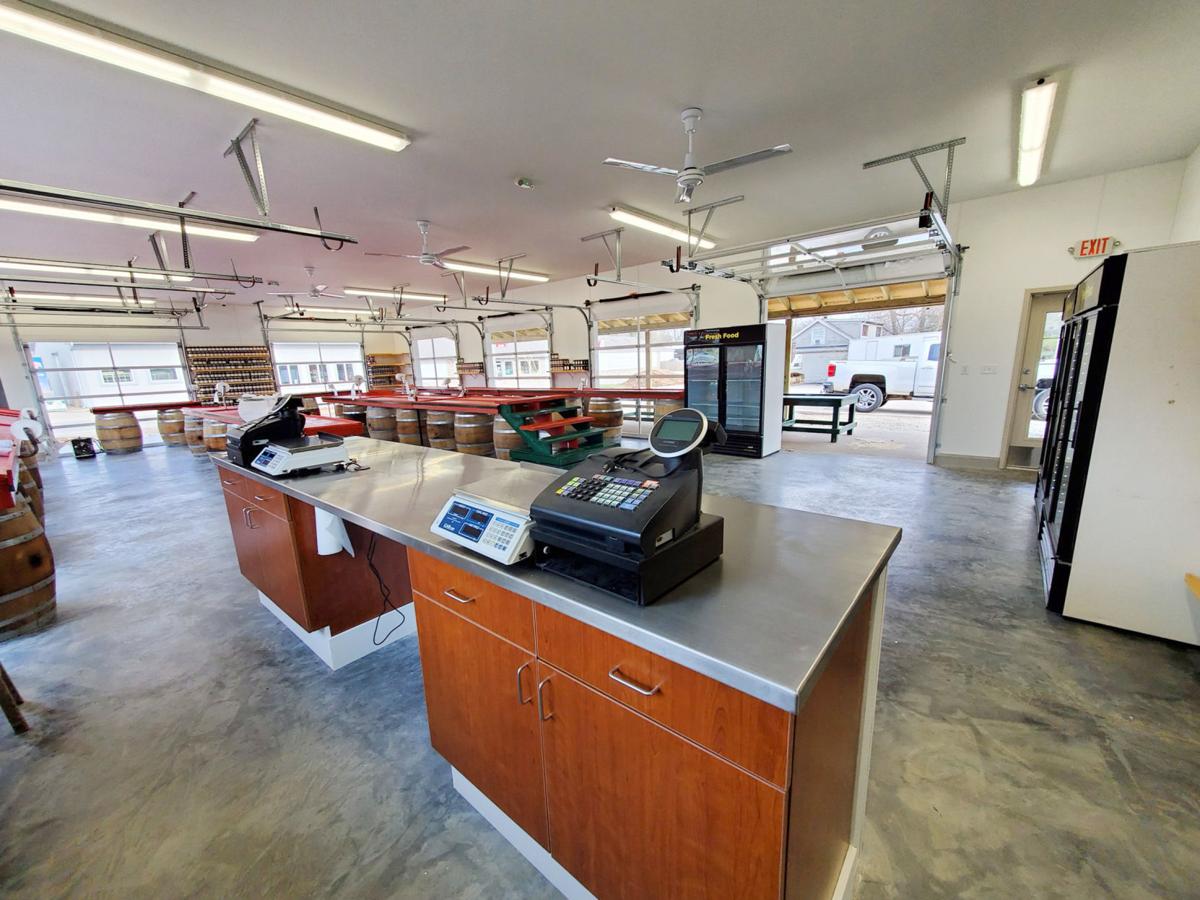 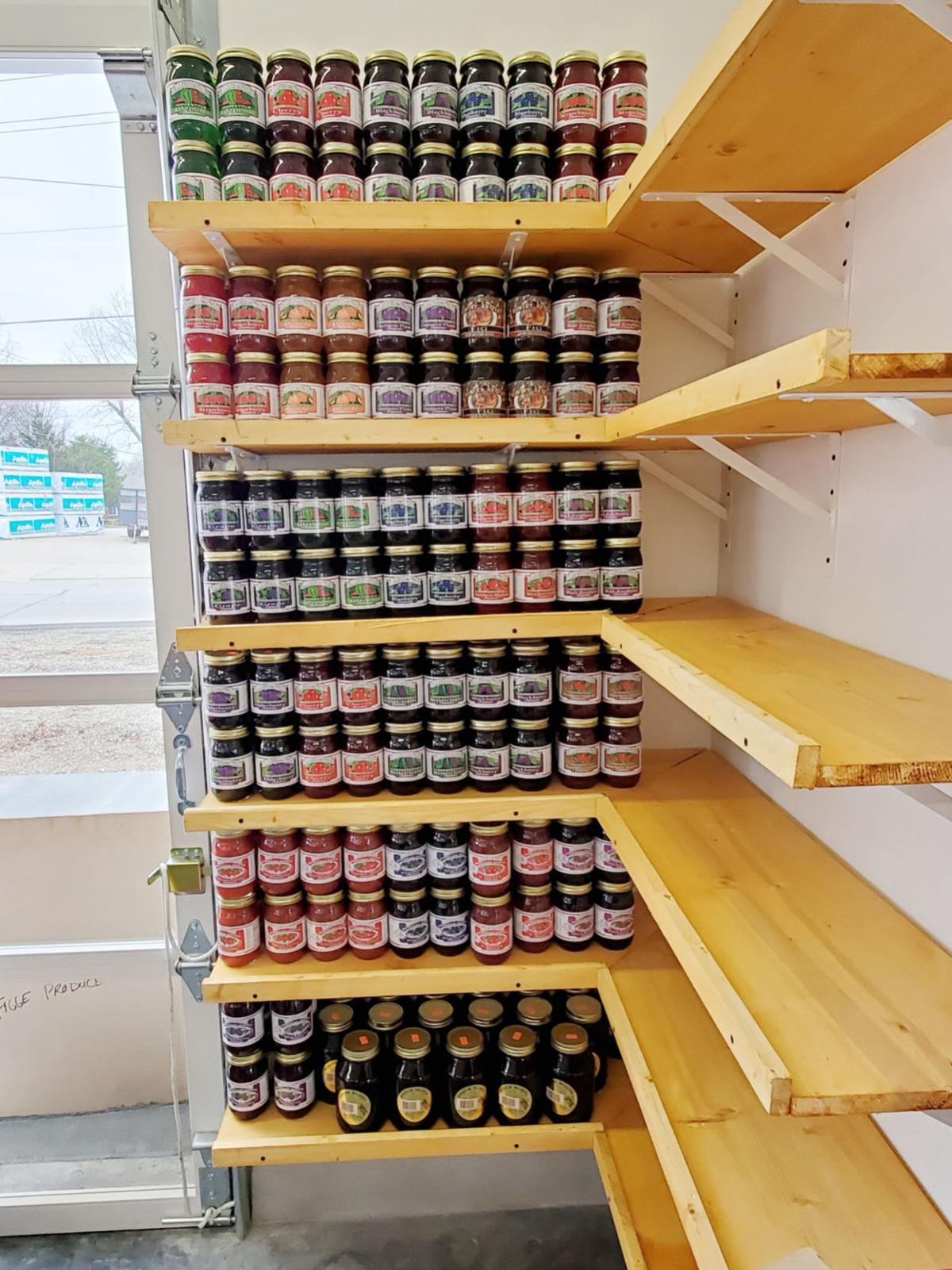 Richard’s great grandfather sold produce door-to-door out of the back of a truck. He introduced his kids to the business, and it took off from there. Now, Richard and Crystal are the fourth generation of the family produce business. The Figge family has 11 locations across the St. Louis region.

“I guess you can say selling produce is in my blood,” said Richard.

He met Crystal in high school when they were 16 years old. She started working with him and his parents’ store soon after they began dating. They worked together there for five years.

Fast forward to 2020. The Figges have expanded to include a son, Richard III who will be a year old in July, and a brand new produce stand on their property at 525 Potosi Street in Farmington.

The Figges have built a permanent 90 by 40 feet building. This provides them close to 2,000 square feet of retail space with a large food prep room and ample cold storage. The lot now includes 27 parking spaces.

“This place is designed to make the customers’ experience as enjoyable as possible and for us to be as efficient as we can be,” said Richard.

Crystal agreed. “We couldn’t be more proud of this building because as a fruit stand, this is everything you could ask for.”

Richard said many things inspired them to build this structure. Creating a more comfortable place for their customers to shop was their main goal. But the building now continues the couple’s dream of having their son, “Little Rich,” to have one day.

“Being able to raise him in a place like this makes us more than happy as parents,” he said. “We want to teach him the values that were instilled upon us as kids and give him the opportunity to succeed.”

Crystal said, “This building ensures all of our customers that we will be a part of this amazing community for a long time.”

“My goal with the new building is to create a more comfortable environment for our customers to shop in,” Richard said.

“Some major things you will notice is no puddle in front of the checkout counter when it rains, no more rickety tents, our parking lot will be easier to get in and out of, more parking spaces, and a much more open and convenient retail area with aisles six feet wide.”

The Figges begin the spring season with flower sales with a large selection of hanging plants, tropicals, and vegetable and various garden plants. This lasts throughout May.

“But what we do best is sell produce,” said Richard.

Over the years, the couple has developed an understanding for their customers’ needs when it comes to produce.

The spring produce season begins in February with Florida strawberries. April is focused on Amish homegrown tomatoes from Central Missouri. Arkansas tomatoes and the cherry season both arrive in May. June brings locally grown Crown Valley peaches and homegrown cantaloupes. These cantaloupes are the first Missouri melons to arrive; the season lasts until early October.

July 4 brings the arrival of Missouri watermelons and field-grown tomatoes.

“We send a truck to Kennett, Mo., twice a week to bring loads of Sugar Babies, Crimson Sweets, seedless and yes, yellow-meated watermelons,” said Richard. “Our Amish community out of Central Missouri supplies us with the best-tasting tomatoes that we can source.”

The couple said this opening season will be like no other because of the coronavirus.

They will offer carry-out and delivery services.

“We believe this is the safest and most practical way to prevent the spread of this virus in our town,” Richard said.

Crystal said their plan is to post a price sheet every day on their Facebook page Crystal and Rich’s Produce so customers can call in or message their orders. They will then prepare the orders and have them ready for customers to pick up. For more information, call 573-218-9200.

The Figges look forward to seeing what this season will offer them with the construction of the new building and the reorganization of their parking lot.

“We will continue to provide this community with the best produce, the prettiest flowers and the best customer service in town even in these times of uncertainty,” Crystal said. “Just remember, our look has changed but the values and principles on which we have built our business remains set in stone.”

The Figges want their customers to know that “produce will be sold at 525 Potosi Street for a very, very long time.”

How to have financial flexibility

New job? The right thing to do with your 401k

New job? The right thing to do with your 401k

The Farmington Regional Chamber of Commerce will be hosting their Business and Community Luncheon at noon Thursday at the Centene Center, this…

Rousan named employee of the month

Parkland Health Center announced that Nat Rousan was selected as the Our BJC Values Employee for the month of June 2021. Rousan is a registere…

Dollar General recently announced its store at 1136 S. Henry St. in Farmington is now open. Normal hours of operation may be found through the…