Marylee Visnovske always has fascinating stories to tell about her heritage, youth, and the fulfilling life she’s experienced living in the area.

One of Visnovske’s biggest stories surrounds her founding of Earth Mother Health Foods in Farmington, a business she has been the proprietor of for more than three decades.

“Earth Mother is the fictitious character I created 32 years ago,” she said. “I had no idea this imaginary friend would steal my identity and use up all of my time. The fact of the matter, I think Earth Mother owns me, too.”

To explain her interest in natural healing, Visnovske recounted her youth and early years of raising her family.

“I grew up on a beef farm,” she said. “We raised all of our food, vegetables, fruit and meat. My taste buds did not know very much about store-bought food. We seldom ate out. We would get a hamburger at a café once in a while. We would have homegrown foods at our church and school gatherings; this was the way of life in rural communities.

“On the other hand, my husband was brought up in a small town and his parents were divorced. His mother worked a couple of jobs. He only knew canned soup and food from grocery stores and day-old bakery goods. He had not been raised on a good diet.”

Visnovske and her future husband Bill dated some when he first went into the U.S. Navy. She stated that they drifted apart when he was stationed overseas for several years and then got back together when he returned.

“Bill came home from the Navy with ulcers and in very poor health,” she said. “My mom’s oldest brother was a self-taught herbalist. He was educated by his mother and grandmother, a renowned midwife and natural medicine granny doctor, who carried Indian blood. He helped heal Bill with herbs and made Bill aware of natural medicine.”

The Visnovskes were married on June 10, 1961, and Bill went to work at the A&P Store where he had worked before his Naval service. Marylee recalled that the couple was able to buy the best food that the store had.

“Now, remember I was brought up on all that homegrown food,” she said. “The food from the store didn’t have much taste to me. Bill tried hard to please me with the best cuts of meat available. It just didn’t match up to homegrown vegetables and meat from the farm. I suggested we move back to the country so we could have a garden and buy a freezer for farm raised meat. Bill soon got a job as a heavy equipment operator at the new cement plant nearby.

“We moved to a small rental house near the family farm. The first thing we bought was a freezer. Bill started buying gardening books, he never stopped reading and learning. He could have been an instructor for Master Gardeners. His undernourished taste buds found the taste of real food. He was a total convert to raising your own food and nutrition. I do believe store-bought food does taste better now than it did back then, but nothing beats organically homegrown food.

“Bill inspired many people with his newfound knowledge in nutrition from organic food. One was our family doctor, who was my mom’s cousin. He became so fascinated with how healthy our children were. He marveled at how quickly their bodies healed from broken bones and cuts that needed stitches, etc. He visited our garden and remarked about how healthy all our vegetables looked and the wonderful taste.

“He completed converted to all homegrown meats and vegetables. He started buying his food from folks with organic gardens and meats grown the same way. He was older and passed before Earth Mother became a reality. His wife told me he would have been so proud of my store and would have been my biggest ambassador.”

The Visnovskes shopped at every health food store from St. Louis to Cape Girardeau, including a small store in Farmington called the Happiness Health Hut. Marylee said the lady who owned it was sort of quiet but they became acquainted with her.

“She told us she wanted to sell this store,” she said. “It was a couple of years that she continued to offer her business to us. I was working in tourism in Ste. Genevieve for many years at the time, it was a job I loved and enjoyed. But every time we would shop at her store, she would ask us to consider buying it.

“I knew the store didn’t do a lot of business. But I knew with our knowledge in herbs, vitamins and organic foods, we could help a lot of people. We could actually help people live healthier lives. We decided it would be a good retirement job we could do together.”

Marylee finally took the leap into buying the business and started on Aug. 1, 1990. She admits that wedging her outgoing personality into the existing culture of the store and its patrons was a serious challenge.

“We discussed buying the business if she would give me some time to learn the business and get acquainted with companies and customers,” Marylee said. “She had one part-time employee that continued to work with me.

“The first months she could not have given me the business. The place was so quiet, and everyone that come in was quiet. No one talked to each other. Some seemed a bit overwhelmed with me and my type ‘A’ personality. Some folks told me later that they thought I was kind of pushy. But when they learned that we knew about this natural medicine God put on this Earth and we were just friendly, they started to warm up to us.

“Another few months and we had turned it around. The customer count started improving each week, and folks were much friendlier. We decided to go ahead and buy the business, and we spent the weekend at our cabin on the St. Francis River. I was on the porch of our cabin reading an Indian book called ‘The Education of Little Tree.’ I read the words ‘Earth Mother’ from this book. The words seem to almost appear in bold letters.

“I stopped a moment and yelled at Bill, ‘I’ve found the name for the health food store — Earth Mother!’ He yelled back, ‘That’s perfect!’ So, at that moment, I completed the birth of Earth Mother Health Foods. It was about nine months from start to finish. We changed the complete look of the store, allowing the natives to take back a little piece of their world. We have followed an Indian theme all of these years. We have now added a Native American Gallery to honor all Tribes, those who walked so gently on this Earth.”

After his retirement, Bill joined Marylee in the store for almost 10 years before contracting Rocky Mountain Spotted Fever and then succumbing to a rare form of cancer.

“The doctors said he would die in 2000, but with God’s help and guiding us to the right natural medicines, he lived until 2011,” Marylee said.

“It has been a labor of love for us,” she said. “The store was featured in Rural Missouri Magazine several years ago. The story title was ‘Keeper of the Herbs’.

“We were also featured in Missouri Life Magazine. Those two articles opened us up to the entire rural parts of Missouri. We have been able to help people all over the state. I am sometimes humbled to tears by the hundreds of folks we have been able to hope all these years.

“I do believe God helped place me here and that this is my mission in life. He has also blessed me with dedicated, caring employees too. We have one new employee; all the others have been with me for 15-22 years. All of them go that extra mile to help everyone who walks through our door. We are like a family; each one is a special part of this operation. I recall when I had just one part-time employee and remember working 80-plus hours a week for the first five years and not taking a salary so I could build the inventory in the business.”

Marylee prays daily that Earth Mother Health Foods will continue to serve this area for many years, helping folks the natural way.

“We have had over all the years hundreds of what we call Earth Mother Babies,” she said. “Now those babies are grown and bringing their babies to Earth Mother Health Foods for the same natural medicines God put on this Earth for all of us.”

Mark Marberry is a reporter for the Farmington Press and Daily Journal.

A pharmacy and a medical practice have opened in Bismarck and they are celebrating their grand opening on Friday. Bismarck Medical Providers a…

Why you should pay attention to bonus offers from banks

Why you should pay attention to bonus offers from banks

Save time and money during the holidays with these apps

Save time and money during the holidays with these apps 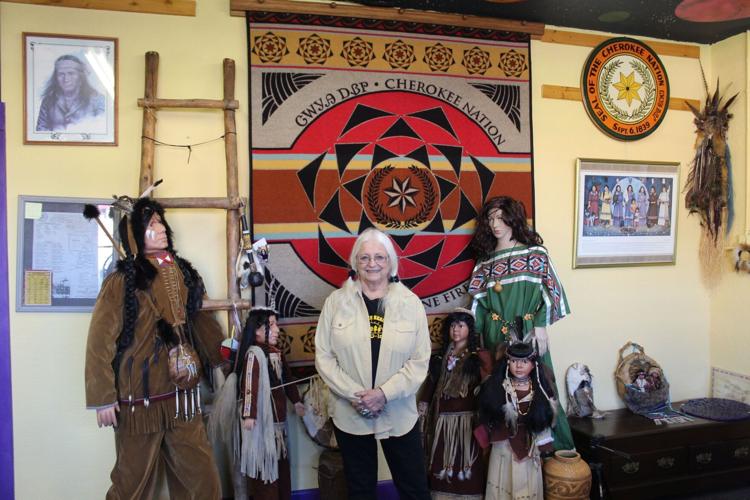 Marylee Visnovske is proud of the Native American Museum she opened several years ago as a part of her Farmington business, Earth Mother Health Foods. 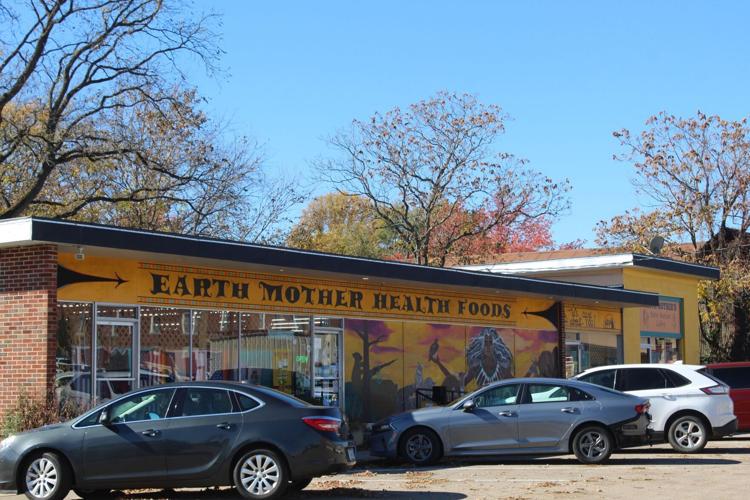 Earth Mother Health Foods, located at 220 East Harrison in Farmington, is described by its owner Marylee Visnovske as "a gem nestled in the downtown area where everyone can find all of the natural choices provided by our Mother Earth."