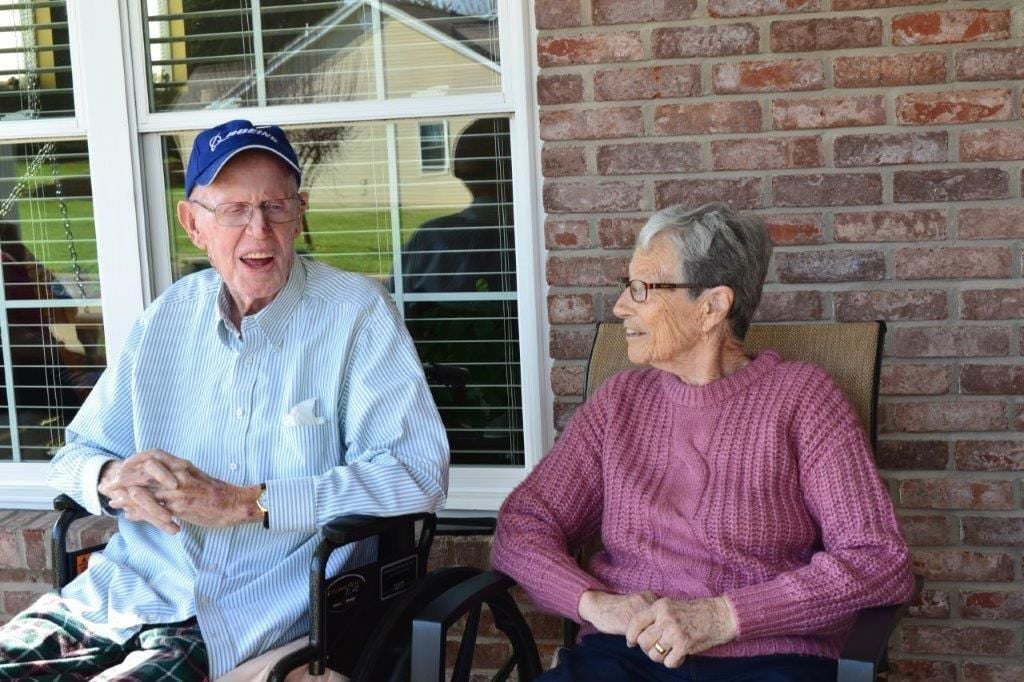 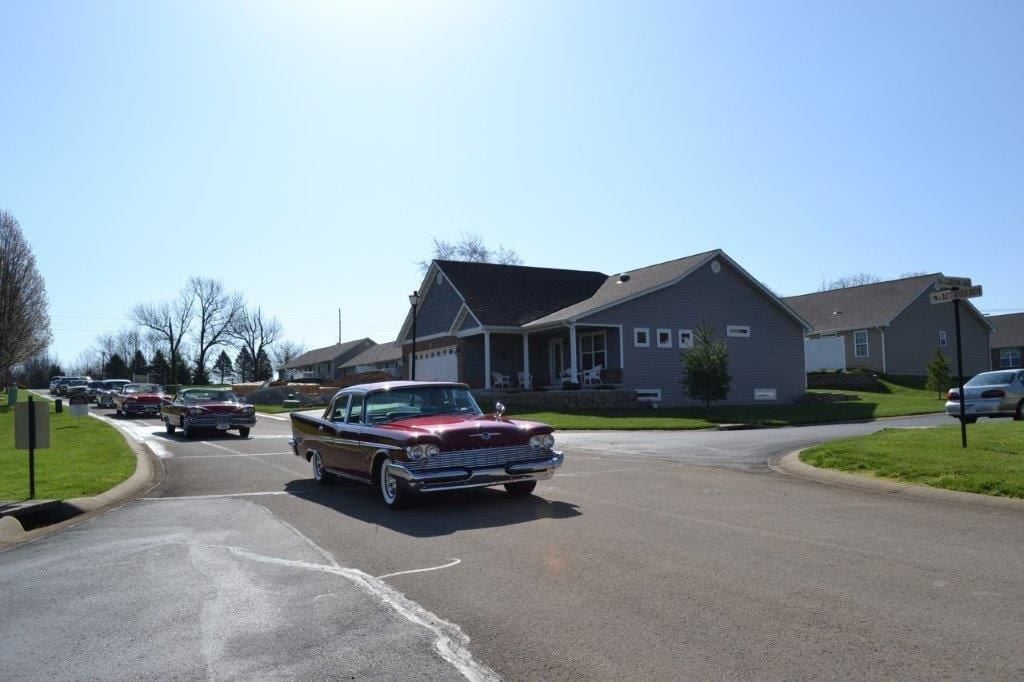 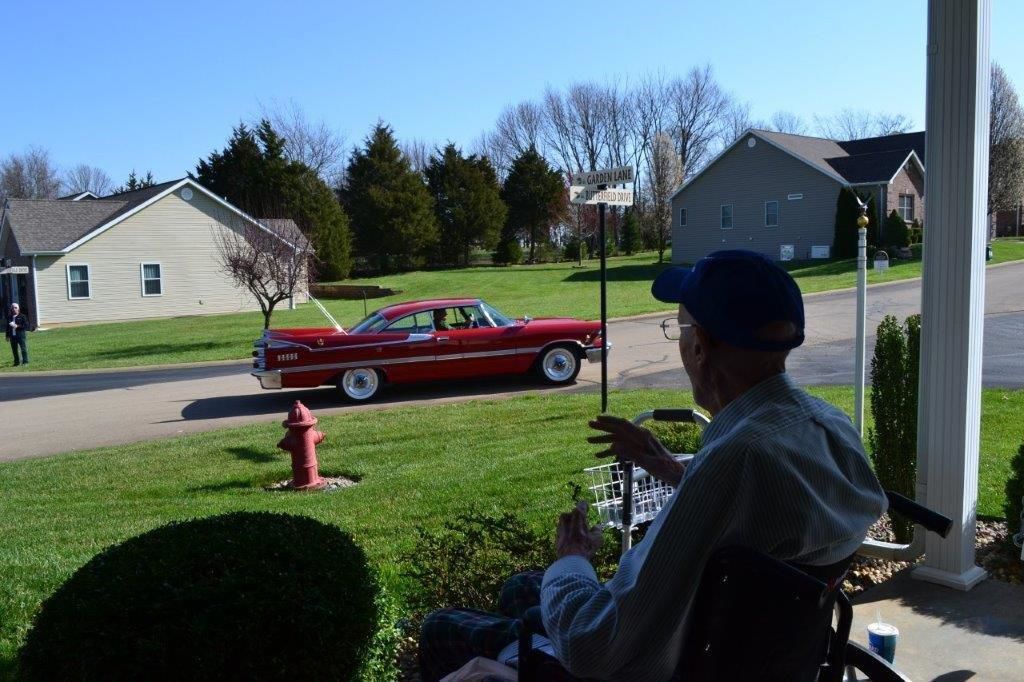 Bill Hughes watches and waves at the old beauties passing by his home.

“It was a great pleasure that greeted me on our front porch,” said Hughes in a letter to the hospice team. “I had no idea what I would see when directed out. A huge crowd of people, food, cameras and 10 of the most beautifully restored antique cars I have ever seen. I had made my interest known previously, but had no idea this was going on. What a parade!”

The event was the latest in Heart & Soul Hospice’s ongoing “One More Time” program which brings moments of joy and meaning to those nearing the end of life. Each One More Time event is unique and personal and can range from something larger than life to as simple as just bringing loved ones together one last time.

Lois Hughes shared her thanks with the team, “A heart-felt thanks to all of you for putting on such a special day for my husband. He had a smile on his face that I hadn’t seen for some time. We really enjoyed that.”

Parade participants cruised through the couple’s subdivision, putting on a show not just for Hughes but the entire neighborhood. Hughes was able to watch the parade from his front porch with his family.

“This event was exciting as word had traveled through the neighborhood and many of Mr. Hughes’ neighbors came outside to watch the cruise,” Hayes said. “It also was a special day for Mr. Hughes as his daughter and son-in-law came into town to share the experience.”

What the Colonial Pipeline Hack Means for Fuel Supplies

How to decide what kind of business to open

How to decide what kind of business to open

How to curb impulse buys and stick to your budget

How to curb impulse buys and stick to your budget

A new "favorites" feature of the "Eat, Shop, Play in the Parkland" app will benefit both the businesses and users, according to Candy Hente, F…

Dollar General recently opened its store at 9217 Berry Road in Bonne Terre. Normal hours of operation may be found online or through the Dolla…

Urology of St. Louis (USL), the largest private urologic practice in St. Louis and the Metro East, recently opened a satellite location within…

Dr. Steven Kurzweil, MD, is a board-certified general surgeon with more than 20 years of experience and has performed more than 10,000 surgeries.

Bonneville Plaza, which has sat mostly vacant for decades at the top of the hill where Highway 47 turns into Route K, east of the US 67 juncti…

Pinkley promoted to director of administration

Bill Hughes watches and waves at the old beauties passing by his home.