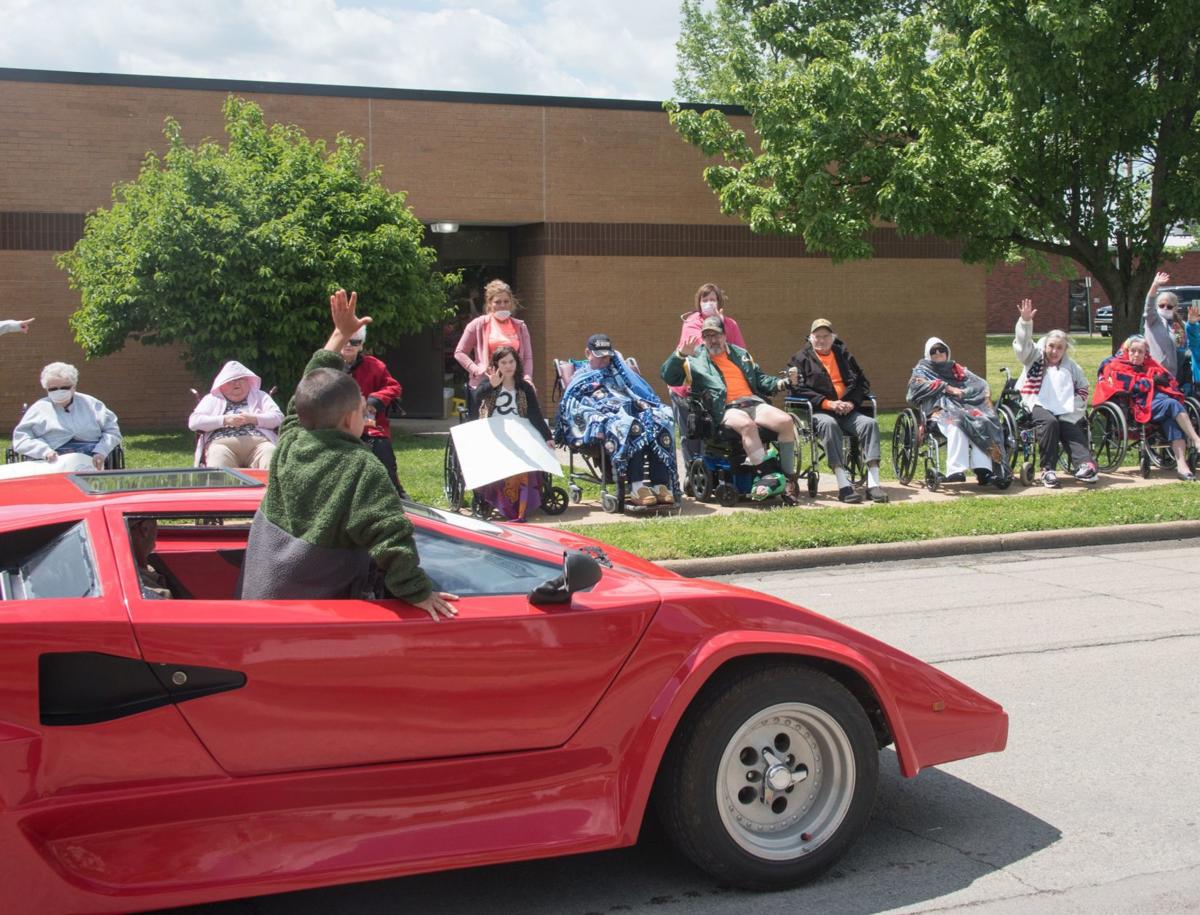 A young boy hangs out of a car during the nursing home parade to wave at his grandmother. Stockhoff Nursing Home has been on lockdown since March due to COVID-19. 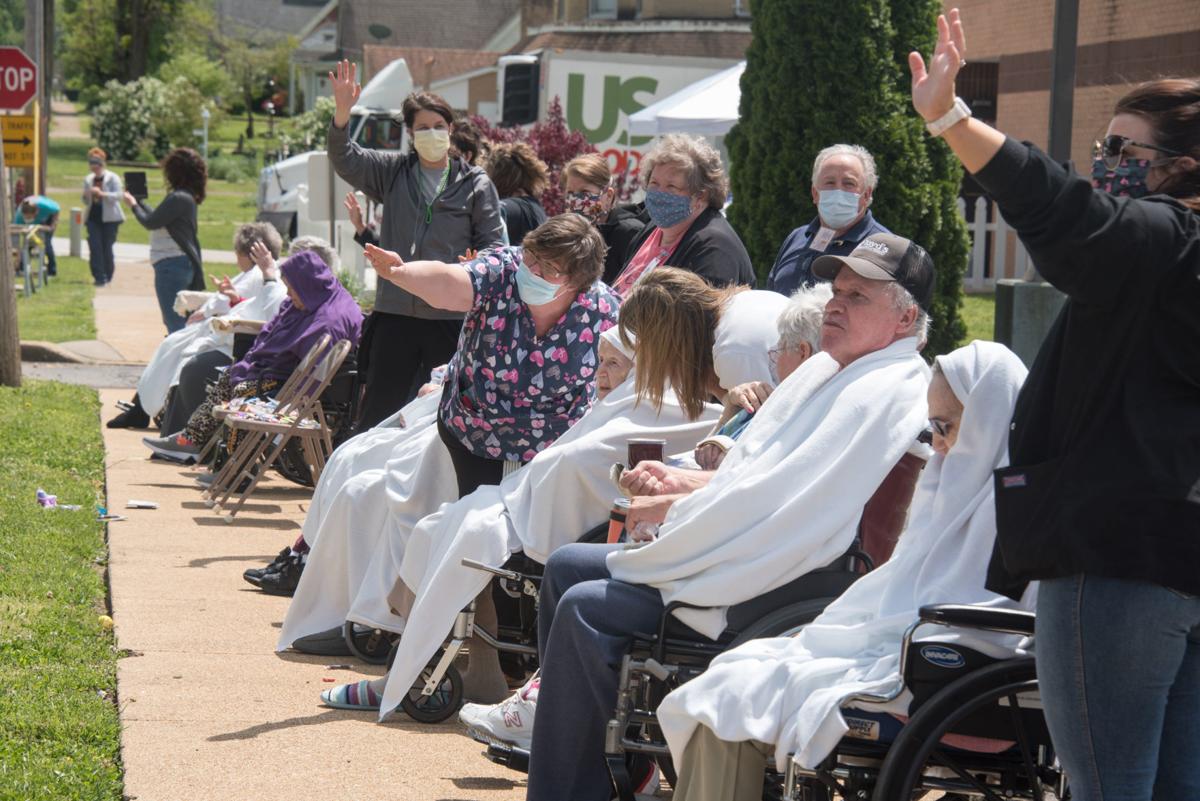 Stockhoff Memorial Nursing Home in Fredericktown held a nursing home parade on May 8 as a way to put a smile on the faces of its residents.

"Right now, is a very different time in long-term care in our country, one that none of us have ever been through before," Madison Medical COO Jennifer Penuel said. "Our home is a great home with so many families who visit us day to day. We all have relationships with a lot of visits from caring family members."

Penuel said Stockhoff's residents miss their families and they all miss seeing each other.

"We want to try and keep residents' spirits high as we continue to press on and keep our residents' safety as the highest priority," Penuel said. "It has been difficult for some but our staff have worked hard to keep their mind off it all and are doing a wonderful job."

Stockhoff Memorial Nursing Home has secured a $3,000 grant from the Department of Health and Senior Services to purchase three more iPads, three sets of wireless headphones, tripods and more to be able to offer more opportunities for virtual visits.

Penuel said the idea of a Nursing Home Parade came from RN Megan Curry. She said once the idea was shared with Leah Smothers from Social Services and Acitivities Director Laura Chorn, it took off.

Chorn said coordinating the parade was pretty simple, and Stockhoff has some great families who jumped on board. She said even the community wanted to pitch in.

Director of Nursing Kristen Starkey said the success was due to Smothers and Chorn who do an amazing job reaching out through emails, letters and phone calls to make sure everything ran smoothly.

Vehicles were decorated, people were holding signs and waving. The residents all had huge smiles on their faces as they enjoyed the fun signs, the animals and even a clown, but it was seeing their families which brought them the most joy.

Penuel said the residents and families were all very excited and looked forward to the event all week.

"Families seemed to be very excited at the chance to see their family members," Penuel said. "Some even asked if they could throw out their Mother's Day gifts."

Stockhoff Memorial Nursing Home would like to thank the Fredericktown Police Department and city for allowing the parade and blocking off the streets.

"Most importantly, we'd like to thank our entire staff that provides the care for these amazing residents every day," Penuel said. "From the CNAs, to nurses, housekeeping and dietary, everyone has been going above and beyond to make the best out of this unfortunate situation. Our residents have also kept great attitudes through this, and we attribute most of that to the hard work of our team here at Stockhoff."

A young boy hangs out of a car during the nursing home parade to wave at his grandmother. Stockhoff Nursing Home has been on lockdown since March due to COVID-19.