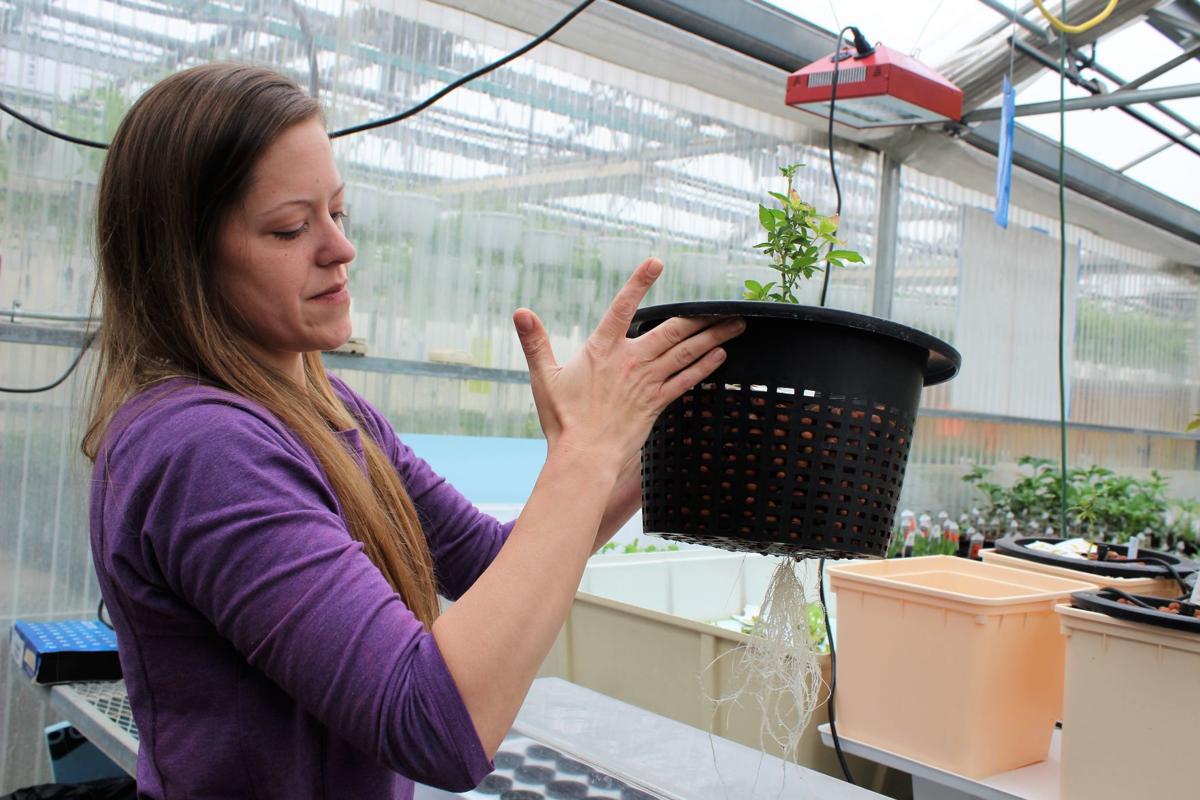 MAC student Billie Jo Voyles, from Park Hills, is one of the first students in the Controlled Environment Agriculture Certificate program. 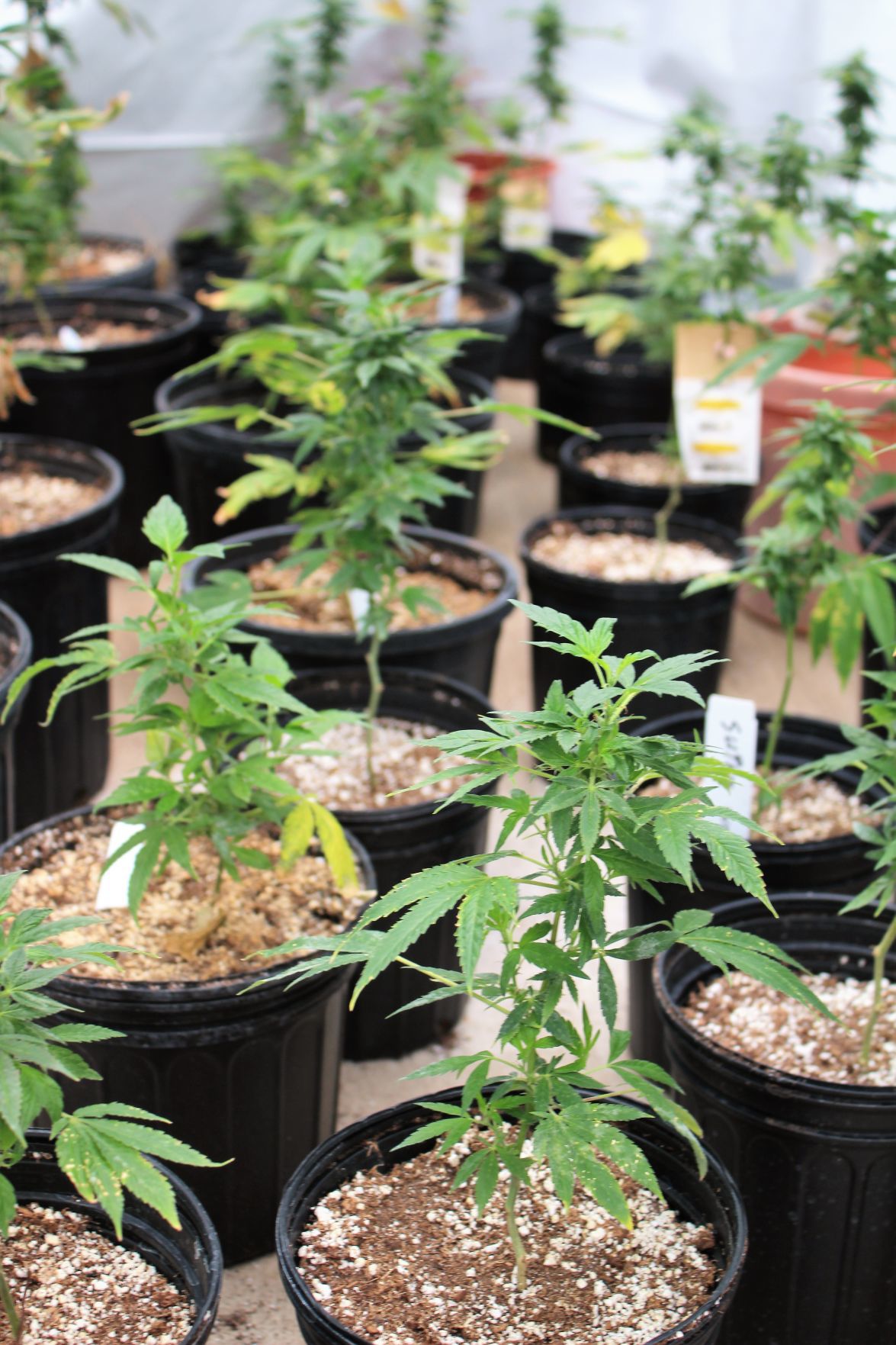 At MAC, they are growing a variety of hemp that is used for seed production that would be crushed for food-grade oil. 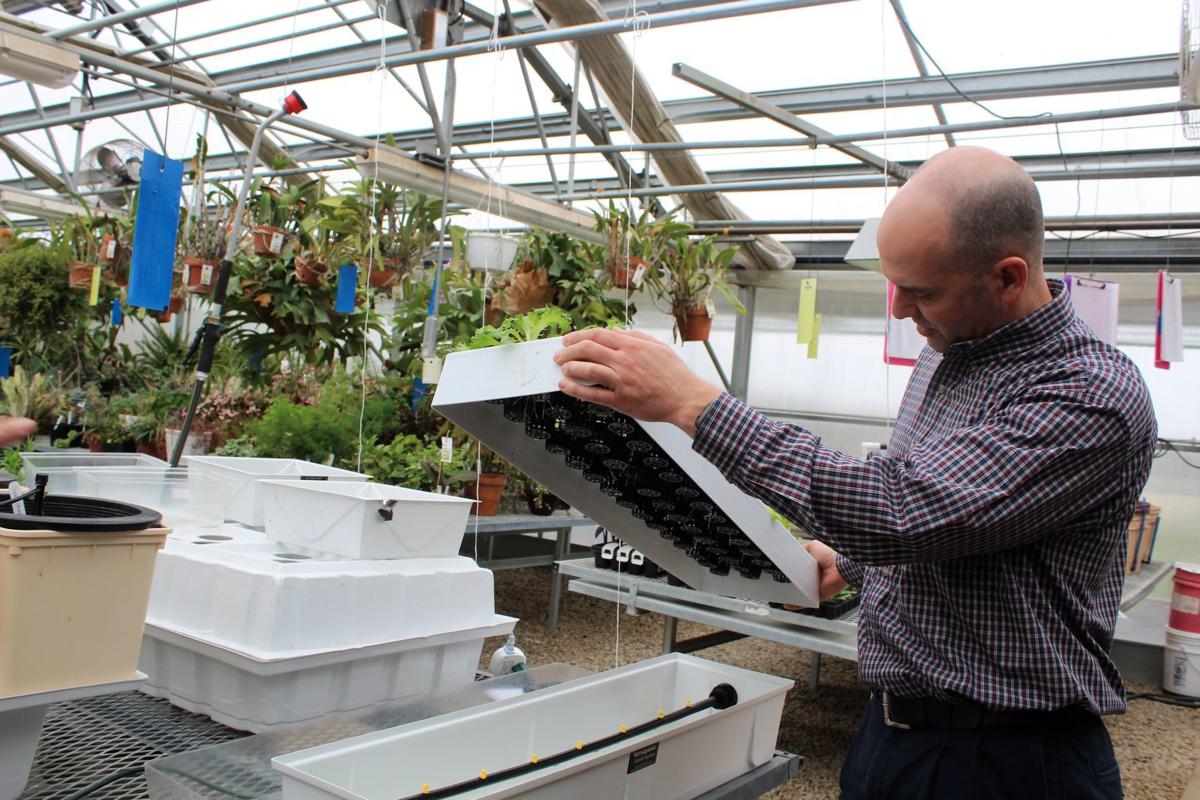 After Missouri voted to legalize medical cannabis, Mineral Area College Agriculture Department Chair Chad Follis sensed a community need for someone to be the voice of reason and provide sound information.

The story Follis tells is that a Bonne Terre man with cancer called him after the state vote. He wanted to grow his own. He wanted to know if cannabis gets bugs and if he could use the same stuff to get rid of them that he uses on his tomatoes. Absolutely not, Follis said.

This is when he decided someone needed to step in and educate.

So he talked to the deans at MAC, he talked to the group that got the legislation for medical cannabis passed, and he talked to the Department of Agriculture on the hemp side. And he asked, what are the core skills students need to know? Turns out, his hunch was right. They are already teaching those skills.

“Whether you're growing hemp indoors, which is kind of what we're focusing on more, you're growing medical cannabis, or you're growing, the annuals and vegetables out here, it's the same skill set,” Follis said. “Nine out of the 10 necessary skills are the same. So what we did was we looked at our curriculum, we organized those classes that really focus specifically on indoor growing in a greenhouse, in an old warehouse, those types of facilities, and then put that together. So it's a short-term, one-year certificate.

"We were the first in the state to be approved that way, so I think we were on the front edge.”

This is the first year for the Controlled Environment Agriculture Certificate program with five students.

They only grow hemp in the MAC greenhouses which is below the .3 percentage level of THC.

“So the ability to get high and all those things isn't present,” Follis said. “We're growing a variety that's actually used for seed production that would be crushed for oil for food grade, and so forth.”

They have built a special room with lights in the greenhouse for the plants as they want 16-18 hours of sunlight per day. They are experimenting with several hydroponic systems, often times with lettuce and tomatoes, as it’s not easy to get hemp seeds and plants. They are also trying to figure out a safe way to fight off powdery mildew.

Then the plants will be destroyed at the end of the semester as they can’t profit in any way from them.

It’s all above board though. A clause in the 2018 Farm Bill allows research and education facilities to grow hemp, Follis said.

“So we've gone the extra measure to stay in cooperation with the Department of Ag, and to let them know, here's what we're doing, here's how many plants and so on,” Follis said. “They've seen our degree plan that’s Department of Education approved. So I feel like we're really well-positioned that we're not doing anything to get us in trouble or whatnot.”

But they don’t shy away from medical cannabis now that it’s legal in the state.

“We're not growing any medical cannabis,” Follis said. “We are not and have no intention to ever do that. But it's there and those plants, their growth processes, their employment skills, the training, the knowledge students need. They absolutely crossover in a lot of ways.”

It’s as much about industry introduction in the coursework as anything, according to Follis.

“It's so brand new,” Follis said. “It's never happened in my lifetime in 44 years that ag has been able to create a completely new market commodity. It's just unprecedented, really, where we're at right now. So hoping to, at least, let students have that opportunity because no one's growing it really.”

For Follis, it’s about establishing sound, solid science. Letting the students know the legal restraints they have to work within, safe pest management systems, and proper sanitation.

“We’ve had several folks Skype into class, from economists, lawyers, to doctors, to growers that have come in and talked about all the different benefits. So we want to give students a clear perspective.”

For Billie Jo Voyles, a student from Park Hills who will graduate this month, it’s about a career.

“For a long time, I had to go by my goal is just to grow plants, any plants,” Voyles said. “You kind of had to stay in the shadows of really telling people what your goals were.

"And now I'm in that point where we really can't talk about it. I can explain the benefits and the science behind it and pull numbers and tell them, ‘hey, this is what we're doing with it. No, it doesn't get you high. Yes, it's completely legal.’ It's from the roots to the stock to the flower itself. It's just like maintaining greenhouses anywhere.”

She’s learning skills she can use right way in life and a growing job industry.

“The amount of skill that I have now being able to walk out of here knowing that I can take care of myself, as far as growing my own food,” Voyles said. “And I can also grow my own medicine or help other people. That that means a lot.”

According to Voyles, this program is going to create opportunities for people they’ve never had or considered before.

“A lot of people, definitely my generation, didn't want to work as hard as their grandpa, didn't want to have to go out and farm,” Voyles said.” And now you're able to farm, and like (Follis) said, the margins on it are so big that you can really profit from it and create a life. You still have to struggle, like any ag. But it's still exciting, to help people, educate them at the same time. It's super fun to blow people's minds on daily basis.”

For Ryan Burke, a student from Cuba, Mo., it’s been an amazing experience.

“Being one of the first students to take hemp classes, it’s been interesting to learn about the history of hemp in America and how major of a crop it once was,” Burke said. “And now, I will have the opportunity to be a part of it making its way back to one of those major crops in America.”

Growing hemp in Missouri is nothing new.

“We've been told since the 1930s, this is such a bad plant, the whole family,” Follis said. “Everything in that group is terrible, when Missouri was one of the top two or three producers before it was outlawed. So we have a pretty strong history as a country and as a state growing this crop.”

Voyles tells the story of Sky Trace Farms in the St. Louis area. One of the owners of the farm has spoken to their class a few times.

“His grandfather was mandated by federal government to grow (hemp) during war times,” Voyles said. “The farm got shut down. They didn't grow it for a while. And then he picked it back up. And that's what they're doing now is producing hemp by the masses. So it's super neat.”

There are thousands of uses for hemp plants, Follis said, whether you are squeezing it for CBD oil or for fiber or for seed. Once the production capacity catches up, Missouri is well-situated for the crop.

“It's going to be almost backwards,” Follis said. “We're going to have a crop, and then the capacity to process it is going to come in behind. But once it gets there, we're in great shape because we have the ability to travel by air, by water, by land, right? We have large amounts of agricultural land. We have large amounts of agricultural commodity, equipment, tractors combine, etc., etc. So we're really pretty well situated as a state to make a movement forward.”

Classes normally done in a greenhouse are not the easiest to transition online. But that’s what they’ve had to do for the second half of the spring semester with the coronavirus pandemic shutting down the campus.

It’s a unique challenge, according to Follis.

“Many have conflicts with family, internet, work, their own kids,” Follis said. “This is making it hard to have regular classes. So we need to meet the students more on their time than what was our time/old class meeting times. It means having more one-on-ones, virtual classes in evenings, labs via YouTube. This is a good time to focus hard on what are the most important items students need for transfer or employment and curriculum alignment.”

Some things, like trips to outside facilities, are just going to have to be cancelled.

“Some things are just going have to be done away with because you just simply can't translate everything online,” Follis said.

MAC does offer a couple of agriculture classes online, so it’s not a completely foreign platform to the department. And not being confined to a class period, does allow more flexibility in bringing in speakers on Zoom, Follis added.

But when the fall semester rolls around, students and professors might have to play a little catch-up when it comes to successive classes.

“You're almost going to have to spend some time next year, recapping a little bit of the previous year, so that you can move forward and that skills not lost,” Follis said.

For Voyles, finishing out her final semester online has been a little stressful.

“MAC has done well moving classes online but it doesn’t make the college experience the same,” Voyles said. “Not all majors require hands-on learning, but with mine, especially classes like chemistry, it has been difficult.”

She’s been emotionally torn about graduation.

“In many ways I have been looking forward to this month and cannot express how disappointing it is,” Voyles said. “Wanting to stand with some of our agriculture department students, and know our hard work was all worth it, just won’t be the same.”

New Save A Lot owners look forward to new venture

The first Save A Lot opened 44 years ago in 1977 in Cahokia, Illinois. That single store turned into one of the country’s largest discount gro…

Preferred Hospice recently announced that on July 1, Shayla Smith, RN, BSN was promoted to administrator in the Farmington office. Smith has w…

Small Business Saturday was another huge success as local businesses offered shoppers discounts, giveaways and exclusives throughout the day i…

Typical residential customers in eastern Missouri are set to see their average monthly bills increase by about $14.52, according to Spire.

Thomas Dear, DO, is a board-certified family medicine physician who recently joined the medical staff of Parkland Health Center.

JEFFERSON CITY — At a time when supply chain problems have slowed the production of cars, trucks and other manufactured goods, Missouri could …

Save money on holiday shopping with these simple tips

Save money on holiday shopping with these simple tips

MAC student Billie Jo Voyles, from Park Hills, is one of the first students in the Controlled Environment Agriculture Certificate program.

At MAC, they are growing a variety of hemp that is used for seed production that would be crushed for food-grade oil.