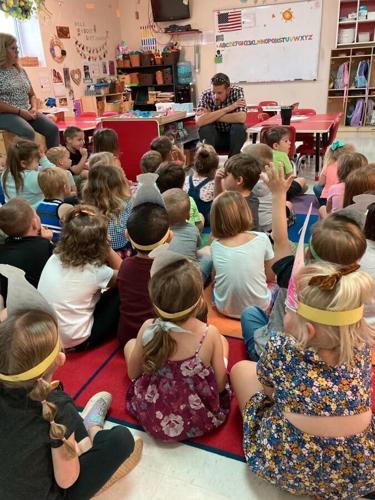 Principal Joe Clauser talks to Fredericktown Preschool students about the character word of the month and how it relates to school behavior. 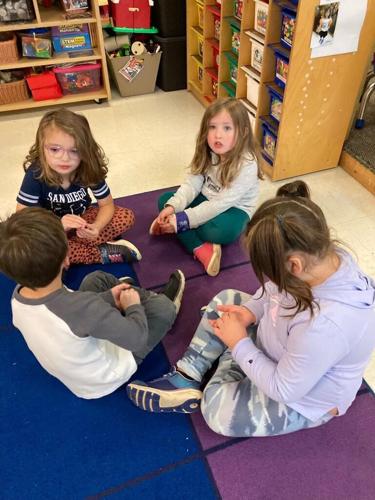 Preschool students Maggie Zaricor, Charlee Harrison, Caroline Hankins and Beau Walker discuss what they are grateful for during the Skittles Gratitude Game. 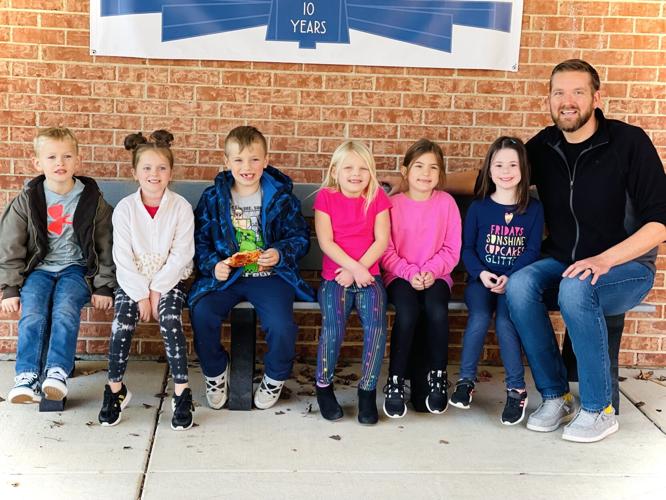 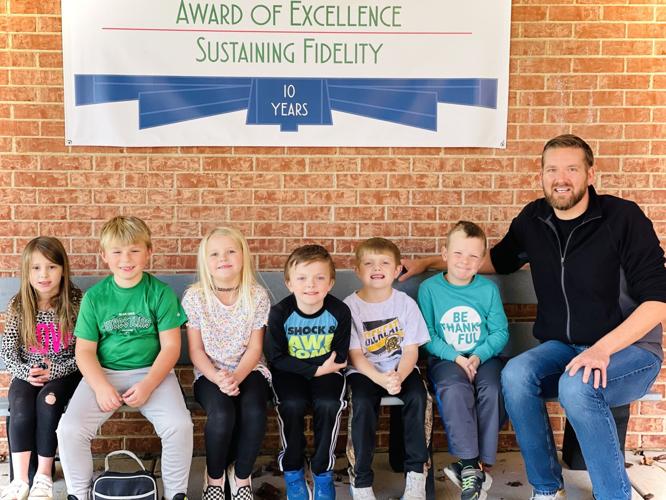 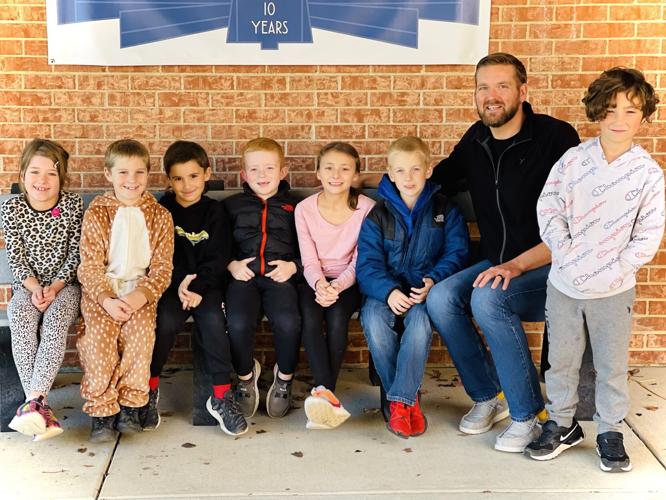 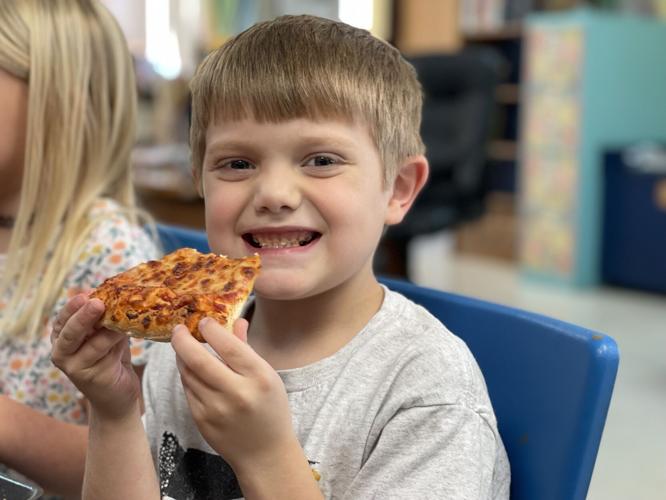 Cody Gipson smiles as he enjoys pizza during a celebration lunch for being student of the month in his class.

This year, Fredericktown Elementary has placed an emphasis on improving its character education program.

Each building in the district has started implementing the Character Strong curriculum to provide resources for teachers and parents. The monthly character words include Respect, Responsibility, Gratitude, Empathy, Perseverance, Honesty, Cooperation, Courage, and Creativity.

Fredericktown Elementary Counselor Audrey Tipton said Character Strong has provided a structure for the character education program the school has been implementing for several years.

“In previous years, we used many of the same character words, but we didn’t have a good system for providing teachers with resources to teach students about the traits,” Tipton said. “We would say students of the month were chosen for being honest or caring, but we didn’t really talk about what that meant. With Character Strong, we have a student-friendly definition of the trait, common language to use throughout the building, and resources that are easy for teachers to access and use in their classrooms.”

Each month, parents receive a newsletter that is written specifically for their student’s grade level. Throughout the month, the school shares Family Focus posts on its Facebook page to provide helpful advice for parents to support the lessons that are taught at school and conversation starters that they can use during family time to further explore the character word.

The program has also provided a school-wide system to build community and a shared, common vocabulary.

A couple of times each week, during morning announcements, Principal Joe Clauser plays a clip of the character song for the month, which usually includes the definition of the trait. Daily announcements also include a short quote, quick challenge, or discussion points to help students focus on the character trait.

On Mondays, Clauser or another staff member meets with each grade level, kindergarten through second grade, during its lunch time to talk about the character word and how it relates to the school’s behavior expectations. Then Tuesday, they meet with the preschool students.

Classroom instruction has improved with the structure and resources provided by the Character Strong lessons.

Kindergarten teacher Abbey Mooney recently shared with fellow staff members how she has been implementing Character Strong in her classroom.

“At the end of each day, I do a closing circle,” Mooney said. “We review what we have learned that day and students get to talk to their friends about their favorite part of their day. Then they are assigned days where they get to share aloud to the whole class as well. On Monday and Wednesday, we also go over the song on the Character Strong website.”

“Who doesn’t like Skittles,” Sawyer said.” We played a game in class on Thursday involving Skittles. Each color Skittle represented something we could be grateful for, such as a place, a person, food and just in general something we were thankful for. Each student received two Skittles, and when their color was called out, they shared what they were grateful for. It was such a cool time in our class to be able to share about families, food and places for which we are grateful.”

Other teachers have commented on how they feel the curriculum has improved the structure of character education for teachers and students.

Kindergarten teacher Nina Davis said, she appreciates the weekly staff pursuits which give quick ways for teachers to review the character word and its definition, and to recognize and reward students for demonstrating the trait.

“Character Strong lessons and games are a great way to begin our Morning Class Meetings,” Second grade teacher Buffi Ayyagari said. “Students are engaged and having fun while we learn how to build character and wellness.”

The staff at FES agree the lessons and resources provided by Character Strong have resulted in a much stronger character education program, and it is evident in students’ day-to-day interactions.

“Since watching the videos and songs about being grateful, my students have been saying ‘thank you’ alot,” Sawyer said. “I love it so much.”

The Fredericktown R-I School Board was visited by two student athletes during its regular meeting, Nov. 10.

The Fredericktown High School boys basketball team defeated Bismarck, 68-51, in the opening round of the 96th Annual Thanksgiving Tournament, …

Thomas William Tawfall, 65, died Sunday, November 13, 2022, at his home surrounded by his family and loved ones, 15 days after his stage IV ca…

This community has been under the protection of the Fredericktown Fire Department for 96 years, since its organization, Nov. 4, 1926.

Principal Joe Clauser talks to Fredericktown Preschool students about the character word of the month and how it relates to school behavior.

Preschool students Maggie Zaricor, Charlee Harrison, Caroline Hankins and Beau Walker discuss what they are grateful for during the Skittles Gratitude Game.

Cody Gipson smiles as he enjoys pizza during a celebration lunch for being student of the month in his class.