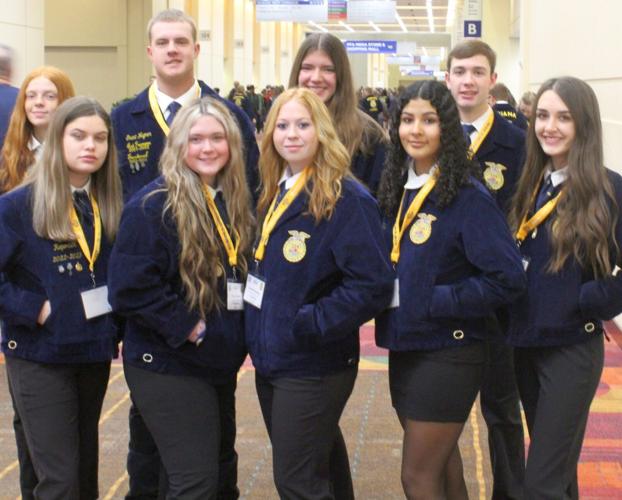 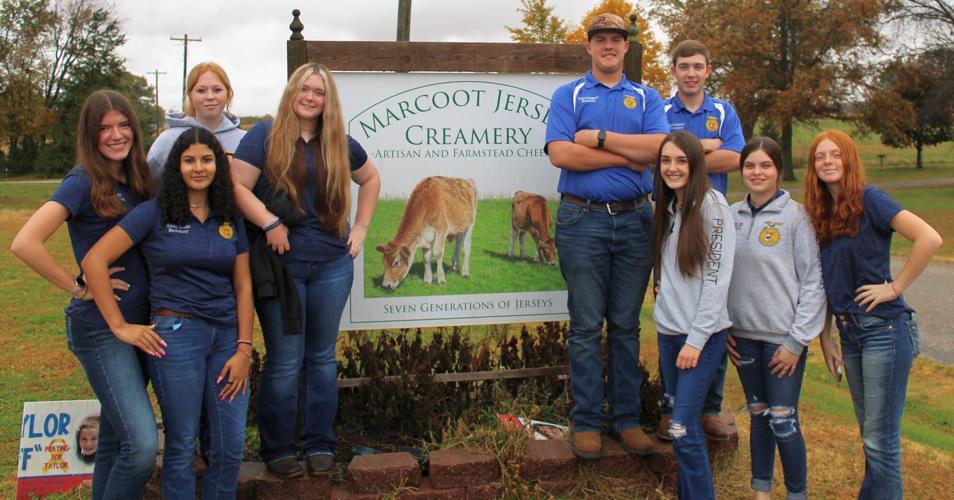 October 25, nine Fredericktown FFA members, who are officers, and two advisors, loaded up and headed to the 95th National FFA Convention held in Indianapolis, Indiana.

To start off the trip, they stopped at the St. Louis Arch, where all the officers were able to go to the top. After they were done at the arch they loaded back up on the bus and stopped in Greenville, Illinois to eat lunch and tour the Marcoot Jersey Creamery, where they were able to learn about the milking and pasteurization process needed to make their artisan cheeses and ice cream, and were able to taste some of their products.

While at the convention the officers got a chance to look at the career show which featured more than 300 agricultural industry businesses as well as agricultural colleges and visit with them about future careers.

The officers were also able to meet and talk to other FFA members from other states. Everyone in attendance had a great time and many of the officers hope to come back and receive their American Degree and enjoyed seeing their former peer be awarded.

Shoppers came out and filled the local shops for Small Business Saturday, Nov. 26.

'How old are the St. Francois Mountains anyway?'

Dr. Russell Myers, an economic geologist, visited the Fredericktown branch of the Ozark Regional Library, Nov. 22, to give a two-part presenta…

The GFWC Friday Club met, Nov. 18, at New Providence Baptist Church with all members present. Mellie Bentinganan gave a prayer of thanks befor…