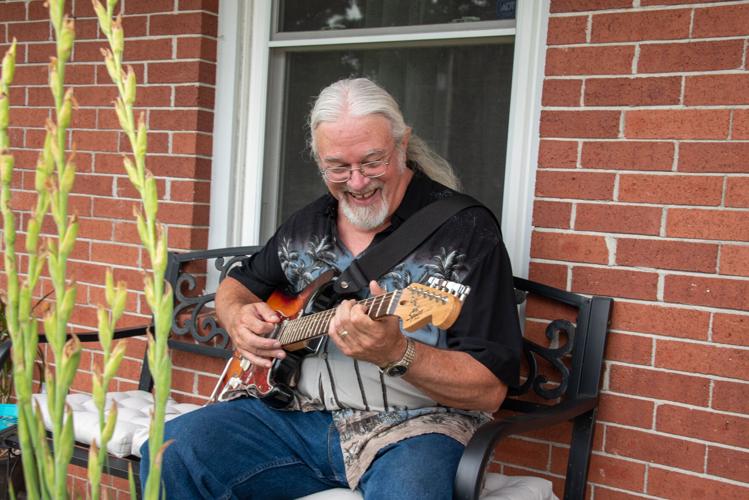 Ricky Broniste has been nominated for two Josie Music Awards. 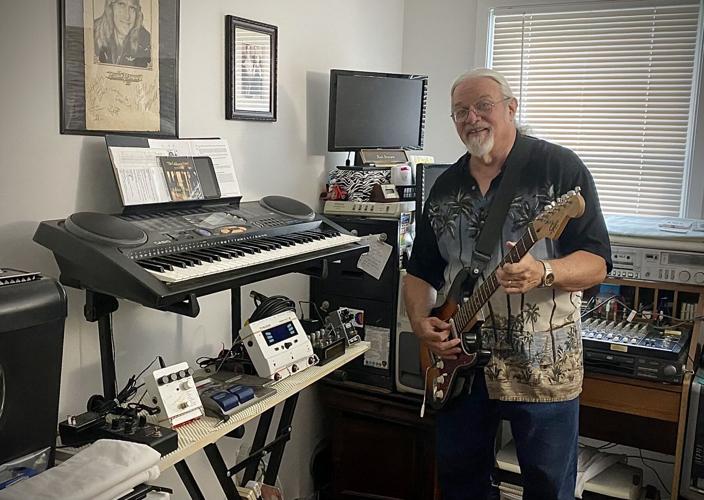 Ricky Broniste enjoys writing his own lyrics and composing his own music right from his home in Fredericktown.

Music shapes the world we live in, enhances the special moments, and helps get us through the tough ones. Fredericktown musician Ricky Broniste has spent most of his life dedicated to filling the world with song.

Those efforts have not gone unnoticed. Broniste has been nominated for Musician of The Year-Guitarist, and his album "The California Years" is nominated for Album of The Year at the 8th Annual Josie Music Awards.

According to the Josie Music Award website, the contest is the largest, all-genre, privately-owned award show globally.

Nominees and winners are selected based on their talent, skill, material, professionalism, and nominee suggestions go through a lengthy review process by a team of industry leaders.

The Josie Music Awards announced it had 52,442 submissions for the 2022 awards with only 1.8% of those submissions receiving a nomination.

Broniste recently relocated back to Fredericktown to be with his childhood sweetheart and now wife Crystal.

He said, before his move back to Missouri, he spent 40 years in southern California where he performed in several rock and heavy metal cover bands, had two Christian ministry bands, and spent some time with local guitarist, Mark Norton aka Mark St. James, who had his time of fame.

"I lived there in Southern California until I reconnected with my childhood sweetheart, Crystal, who was born and raised in Fredericktown," Broniste said. ""Her dad, Bennie Martin and my dad John Broniste were best friends. When we were kids our dads played a lot of music together."

After Ricky and Crystal reconnected in 2002, they were married just a year later and moved back to Missouri in 2005. Crystal has been his biggest fan and supporter ever since. The couple resided in Cape Girardeau for 15 years and decided it was time to be closer to family and moved back home to Fredericktown.

​This is not the first year Broniste has been nominated for this prestigious award, but it will be the first time he plans to attend the event in Nashville this October.

"Five straight years of Nominations and now Album of The Year is mind boggling," Broniste said. "I am so very blessed that an anonymous panel would nominate me five years in a row."

Broniste has been a musician and songwriter for more than 53 years. He said he wrote love songs for 3 years before switching over to writing Christian lyric songs. He plays guitar and keyboard, but his specialty is guitar.

"Artistically, I am also a sketch artist but cannot make a sketch become a portrait or anything realistic looking," Broniste said. "Musically on the other hand, I can compose music, add lyrics, vocals, instruments and voila I have song. What I love most is creating a song; a hard task sometimes since what I hear in my head is sometimes beyond my skill and ability to express it in a recording."

Despite Broniste saying the task can be difficult, it is easy to see he does not mind the challenge.

Broniste said, he does it all. He writes lyrics and composes his own music.

"Independently I compose music and write lyrics," Broniste said. "Making a complete song, sometimes is a challenge, but most of my past songs did come together in minutes, hours and days."

Broniste said, if you are interested in the music industry, put the time into wherever you are drawn.

"I used to and still do tell prospective musicians that it is 10% knowledge and 90% practice," Broniste said. "Once you master the knowledge, then comes your own unique creativity. Stick with it."

Broniste said he is very excited to attend this year's Josie Music Awards at The Grand Ole Opry House. He said, they could not have picked a better venue, and he is excited to meet several of his internet Indie Artist friends, meet Josie herself and get pictures of everyone.

"It's been often said, who wouldn't enjoy having a hit song," Broniste said. "Perhaps be a one-hit-wonder but, yeah even that would be a great accomplishment. However, I don't write for either of those goals. 'Well done you, good and faithful servant,' would be enough for me. When all is said and done, it's about reaching the lost and helping Christians grow to spiritual maturity."

The winners of the 2022 Josie Music Awards will be announced at the in-person event Oct. 23 at the Grand Ole Opry House. The community wishes Broniste luck as he continues to be an inspiration following his dreams.

Samples of Ricky Broniste's music can be heard at www.reverbnation.com/rickydbroniste. More information about the Josie Music Awards can be found at www.josiemusicawards.com

The Missouri Highways and Transportation Commission awarded contracts for Southeast District projects during its Aug. 3 meeting.

Another day, another storm

There will be an additional stop sign going in at the intersection of S. Mine La Motte and John Hold Drive, creating a three-way stop.

Ricky Broniste has been nominated for two Josie Music Awards.

Ricky Broniste enjoys writing his own lyrics and composing his own music right from his home in Fredericktown.