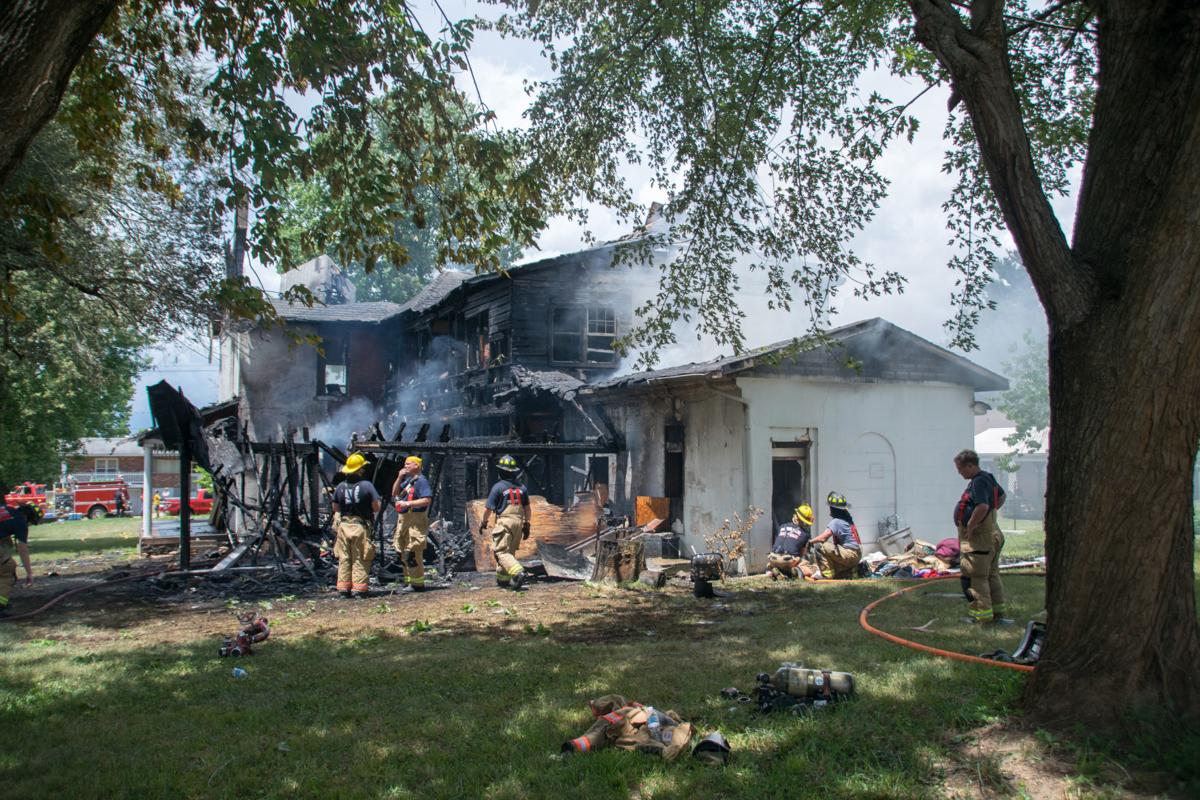 A fire Thursday morning heavily damages this home on South Wood in Fredericktown. 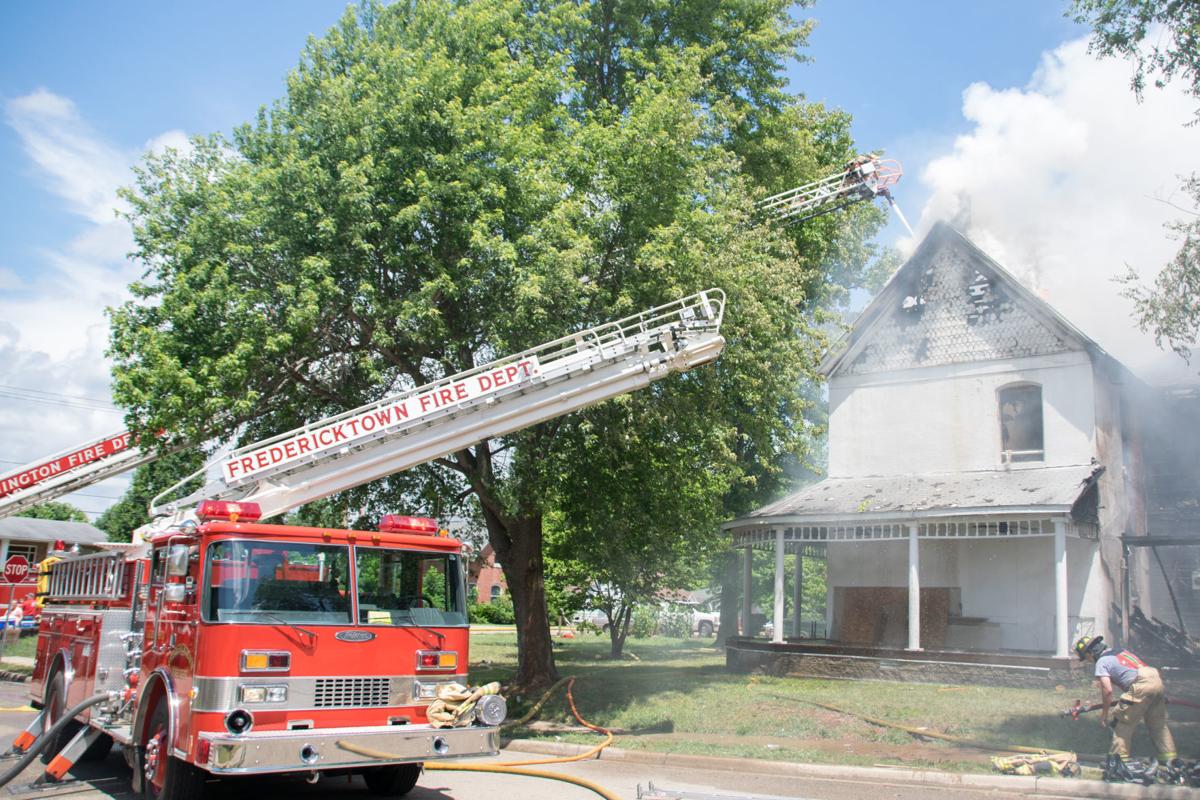 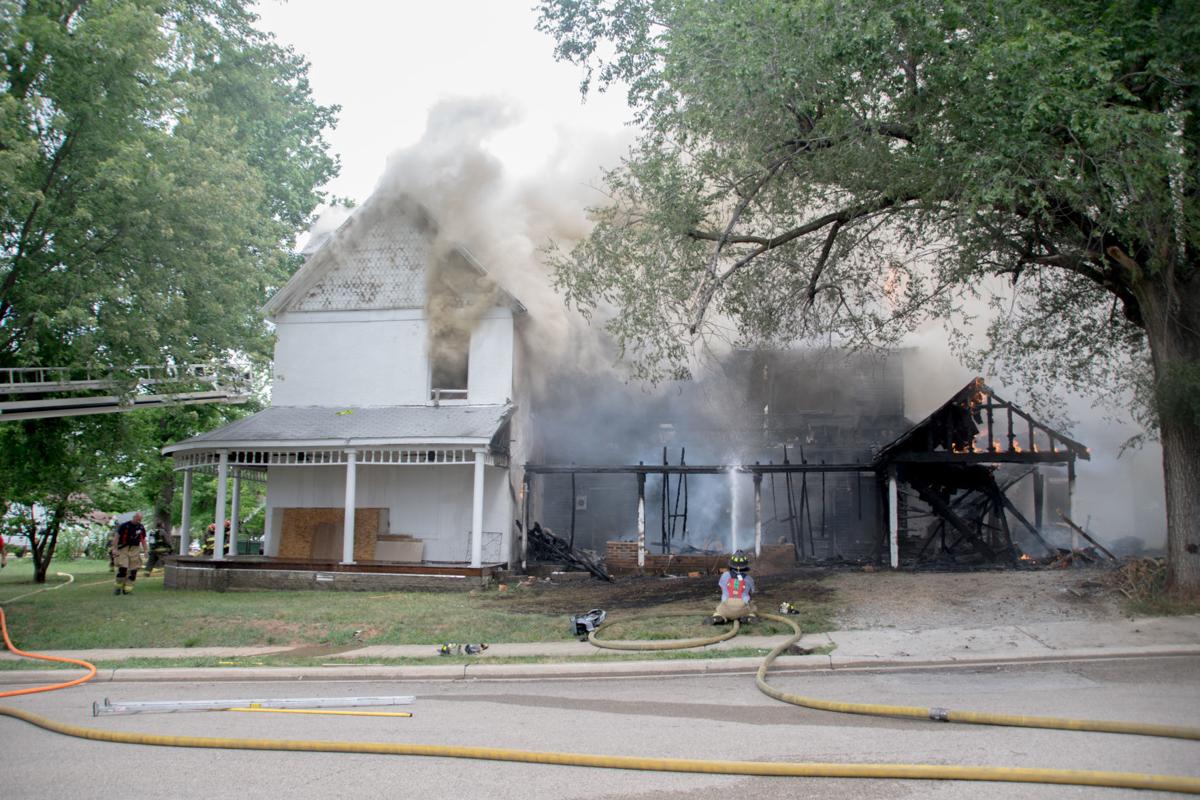 An older home is damaged by fire Thursday morning in Fredericktown. 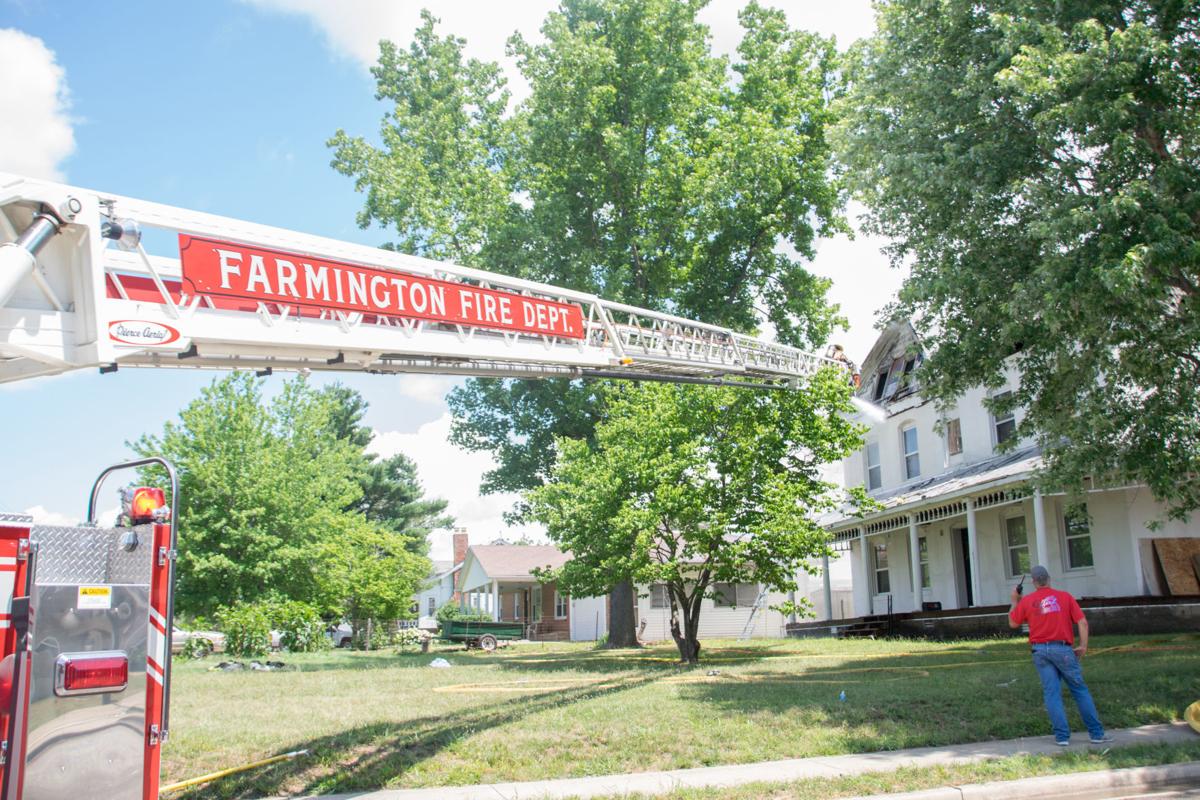 The Farmington Fire Department is called for mutual aid and assisted with the use of its ladder truck.

According to Fire Chief John Clark, the fire began in the back of the home but the cause was unknown. It was a total loss.

Clark said two children were home when the fire started but were able to get out safely with no injuries reported. Clark said one firefighter was treated for heat exhaustion by Madison County EMS already on the scene.

According to the initial call, an explosion was reported with the fire. However, Clark said it was later determined the sound was caused from aerosol cans exploding due to the heat of the fire.

Some siding damage could be seen on one of the neighboring homes.

"There was an initial issue with our water supply," Clark said. "Cherokee Pass Fire Department came in with tanker trucks to help supplement the issue."

Clark said the particular part of town the fire was in has smaller water lines making it difficult to maintain high water pressure.

Firefighters fought the fire mainly from the exterior of the home after a short attempt inside the attic.

"Seeing as the house was built in the 1800s and knowing the history of the house a little bit, we knew it would be dangerous to get inside," Clark said.

"Since Farmington was already at Pinecrest for MDA Week, it saved the 20-minute delay," Clark said. "Having the second aerial truck helped direct the water to areas we needed it."

Clark was concerned with a storm moving in and the possibility of high winds knocking down a portion of the burned-out building. He said he planned to push the chimneys into the center of the structure to prevent a possible incident. The State Fire Marshal's Office was on the scene investigating the cause of the fire.

"We would like to thank Cherokee Pass and Farmington for showing up and getting here so quickly," Clark said. "It was a hot day and everyone pitched in and did their part. Where else do you make a phone call and get 20 guys to show up and take care of any problem that you got, any problem you know we do everything."

A fire Thursday morning heavily damages this home on South Wood in Fredericktown.

An older home is damaged by fire Thursday morning in Fredericktown.

The Farmington Fire Department is called for mutual aid and assisted with the use of its ladder truck.