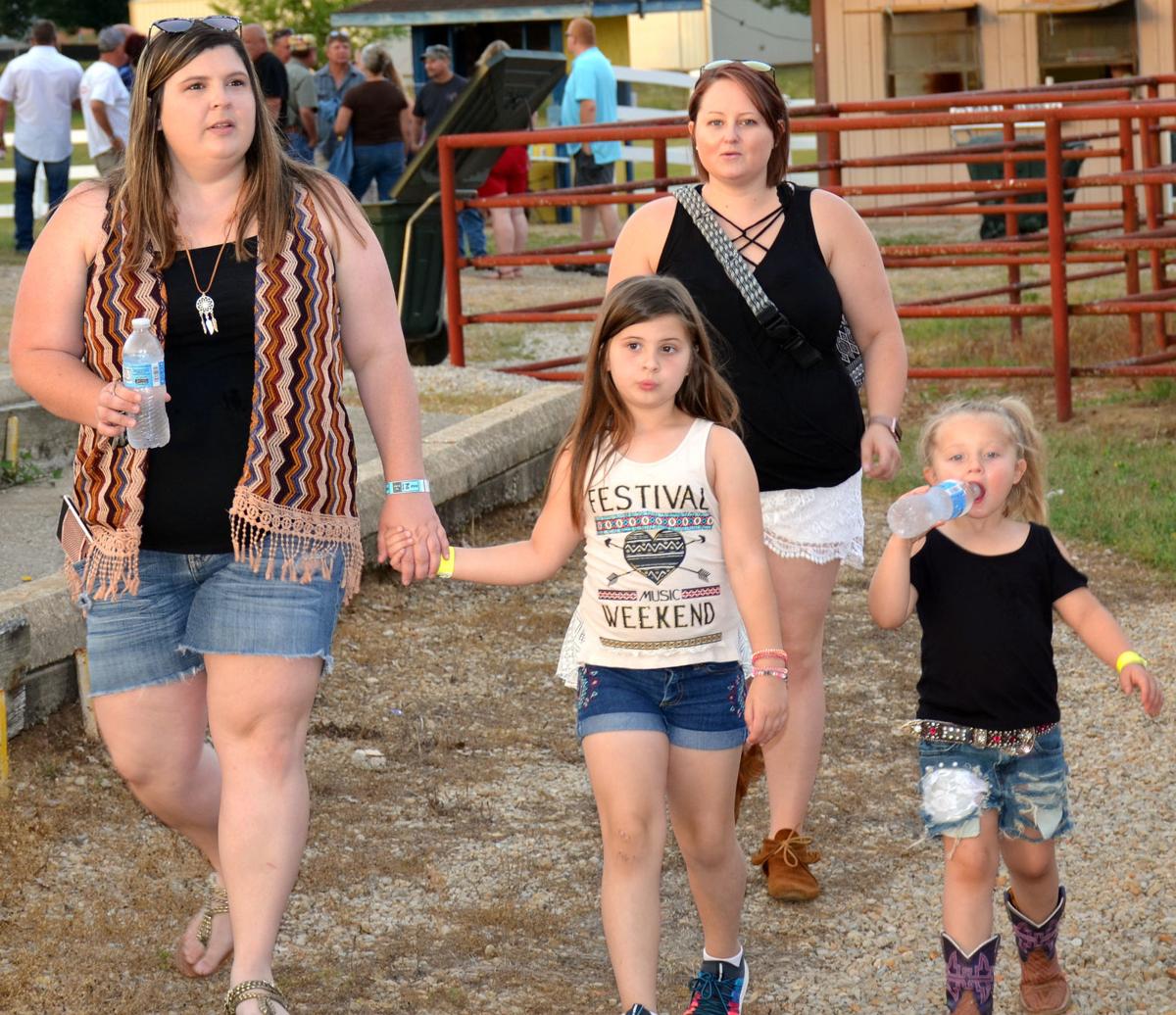 Madison County Chamber of Commerce President Tessa Rehkop said the goal for June Jams is to provide an event for people in the community to come and enjoy with their families and celebrate Madison County's bicentennial.

"The John D. Hale Band concert was a great time," Rehkop said. "We had about 400 people in attendance. The chamber board has been working very hard for the past several months to put this event together and it was all worth it when we saw all the kids having so much fun dancing in front of the band."

Refreshments and food were available for purchase by the Lion's Club throughout the event.

Rehkop said the chamber owes a lot of thanks to the community for volunteering its time and resources to help make the event possible and would like to personally thank the Madison County Chamber of Commerce Board of Directors, all the volunteers from the community, Lion's Club, George McDowell, JROTC Booster Club, Madison and Iron County Relay for Life, Ward's Farm Center, New Era Bank, Parkland HealthMart Pharmacy, Alexa Brewen, Katy McCutcheon and the Sheriff's Department and all the EMT's who were on standby.

The next concert in the June Jams Concert series will be June 23 at the Beaver Valley Golf Club featuring the band Swamp Whiskey. Food will be sold starting at 5:30 p.m. with the band to play from 7 to 9 p.m.

There will also be a final June Jams at 1 p.m., June 30 at Azalea Park to feature local musicians Shannon Cox and Brett Seper.

For more information about future Madison County Chamber of Commerce events you can visit www.madisoncountycc.com or find them on Facebook.