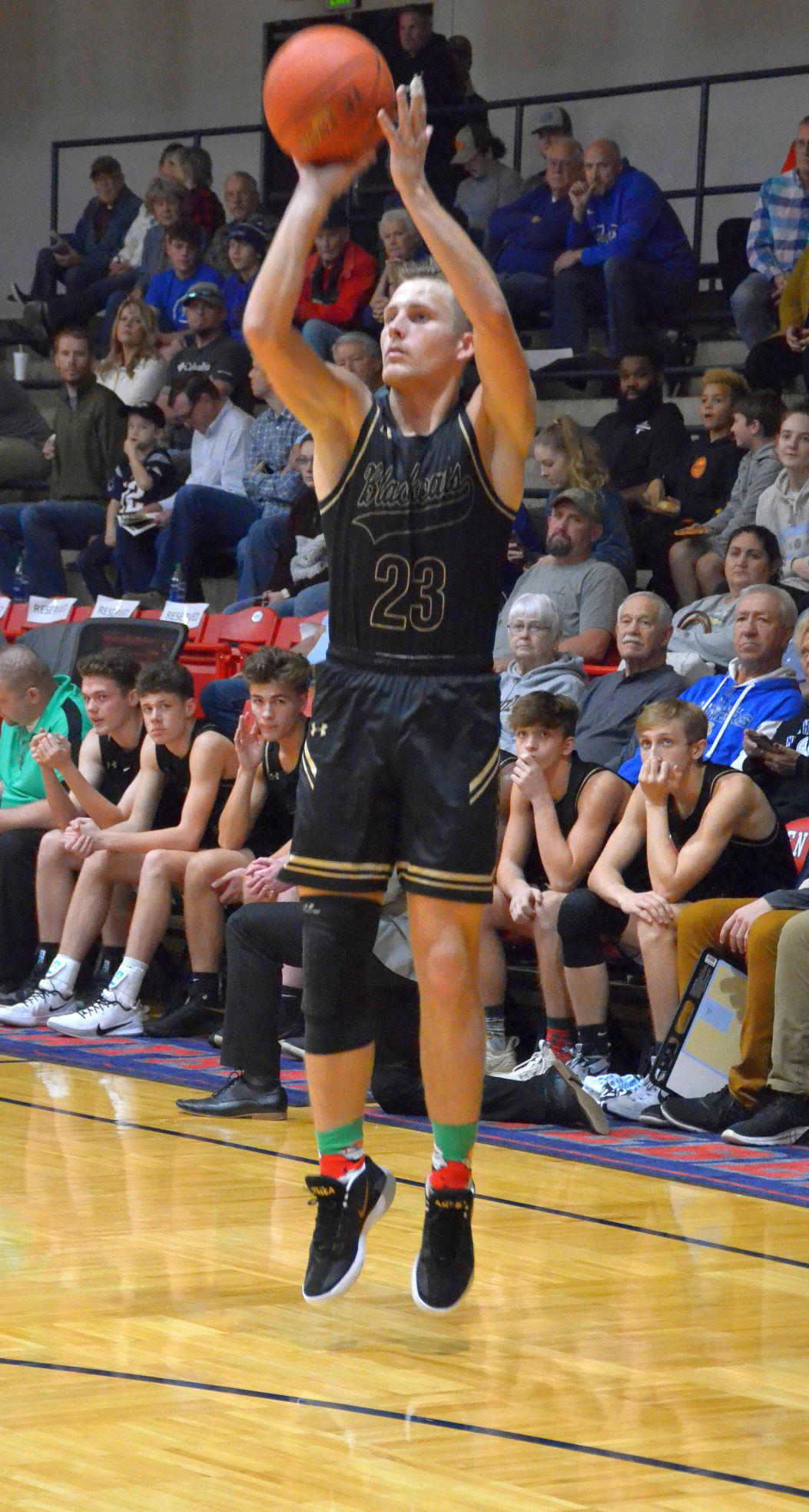 Grant Shankle scores three of his 22 second-half points against Jefferson, Dec. 26, at Central. 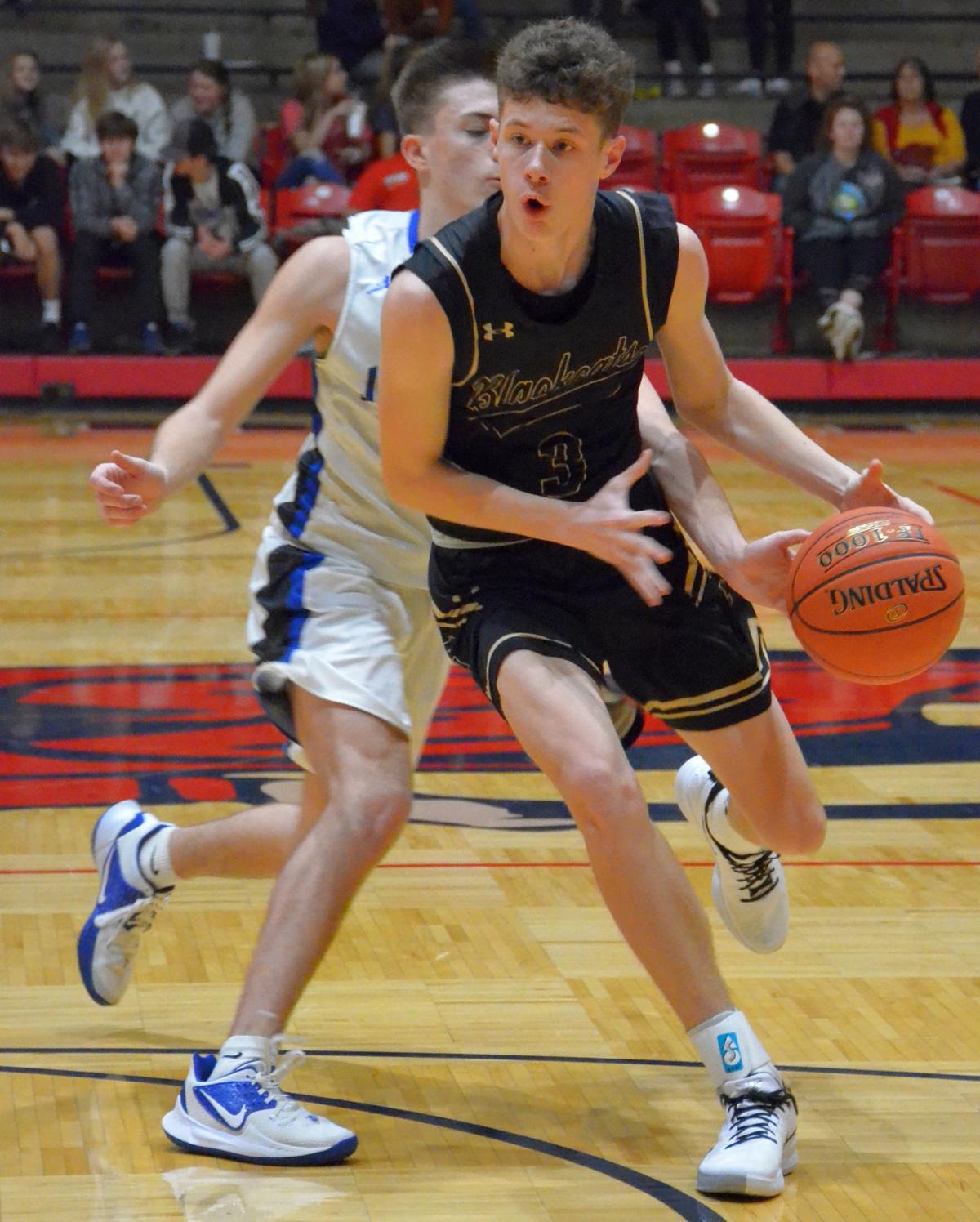 Andrew Starkey gets by a Jefferson defender on his way to the basket, Thursday. 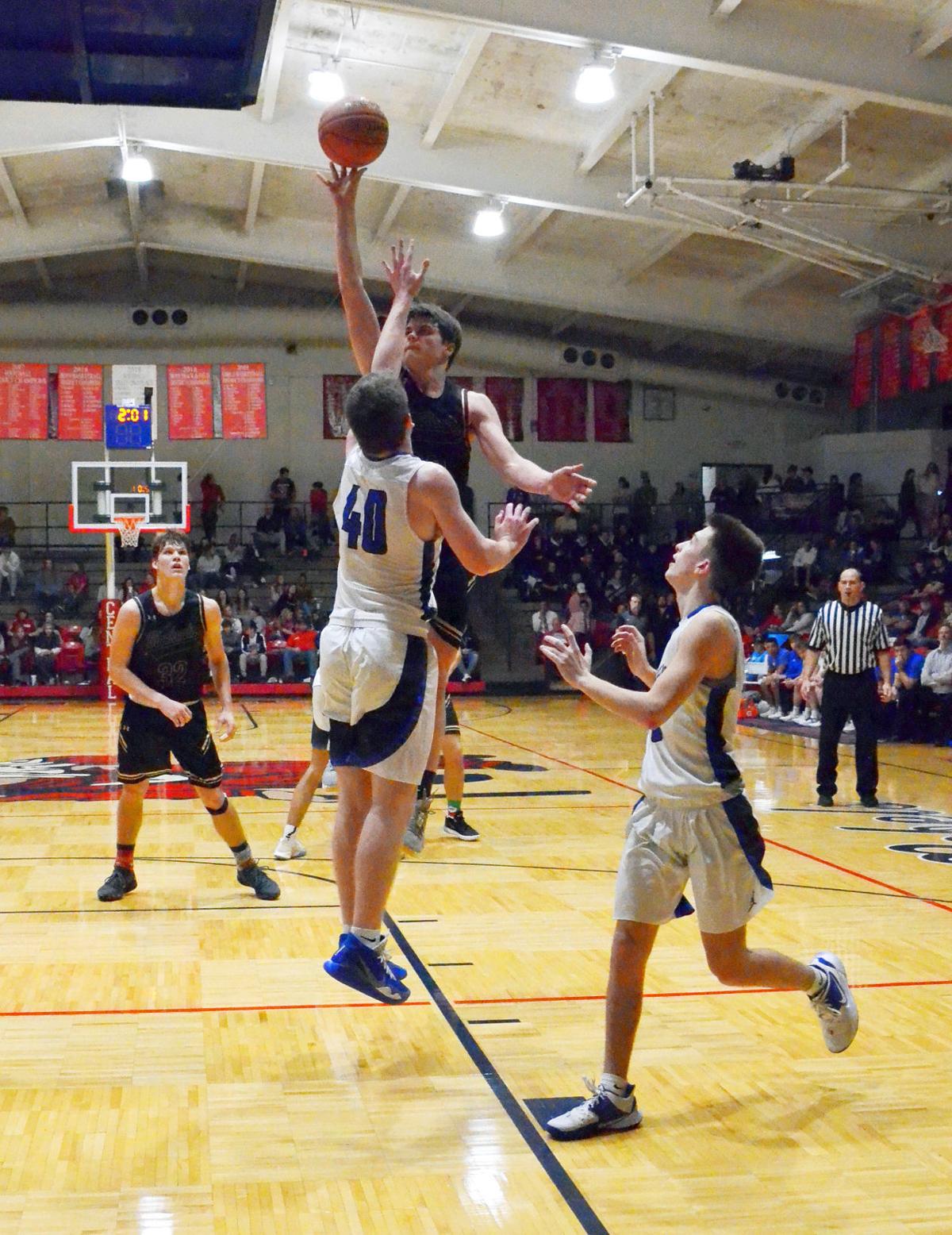 It was a tight first quarter with the Jays leading just 10-8. In the second quarter, the Cats scored just four points and trailed 24-12 at halftime. Fredericktown got 14 third-quarter points from Grant Shankle and cut the Jefferson lead to 39-34 entering the fourth.

Fredericktown made it interesting in the fourth quarter, as Shankle hit a 3-pointer to cut the deficit to 45-42 with 4:45 to play. Jefferson’s Hadyn Wagner hit a 3-pointer of his own and made four straight free throws in the final 28 seconds to help the Jays advance.

The Hornets led 12-10 after one quarter, but Fredericktown rallied to take a 23-19 lead at the break. The FHS lead was just 37-35 entering the final quarter.

Starkey led three Cats in double figures with 16 points. Laut scored 14 and Shankle had 13. Sikes and Miller each scored three, and Malachi Kyle and Dawson Buford each scored two points.

The Fredericktown girls and boys basketball teams each competed in the Central Christmas Tournament, which opened Saturday.

Grant Shankle scores three of his 22 second-half points against Jefferson, Dec. 26, at Central.

Andrew Starkey gets by a Jefferson defender on his way to the basket, Thursday.