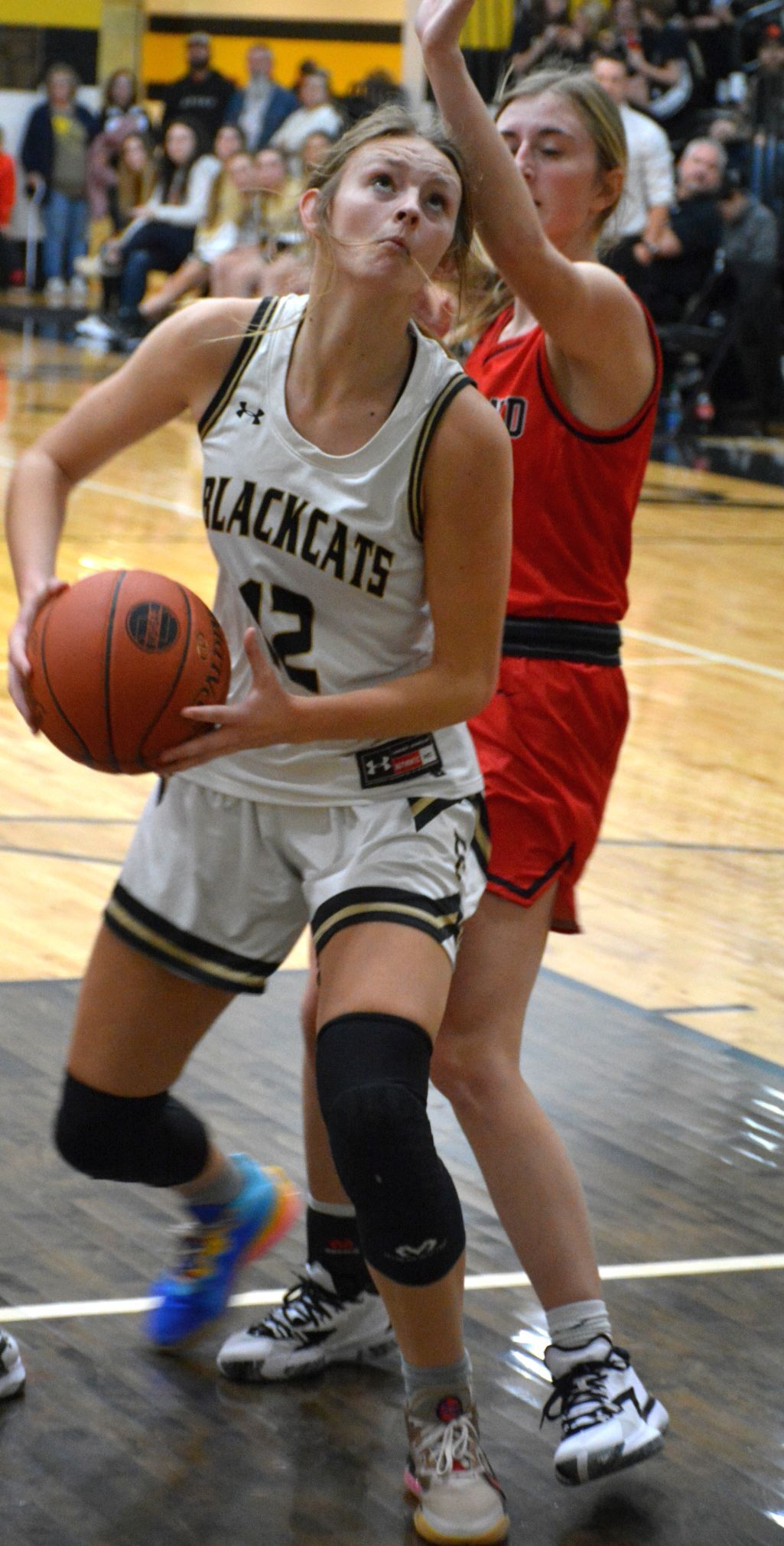 Kyndal Dodd tries to score in close to the basket against Woodland. 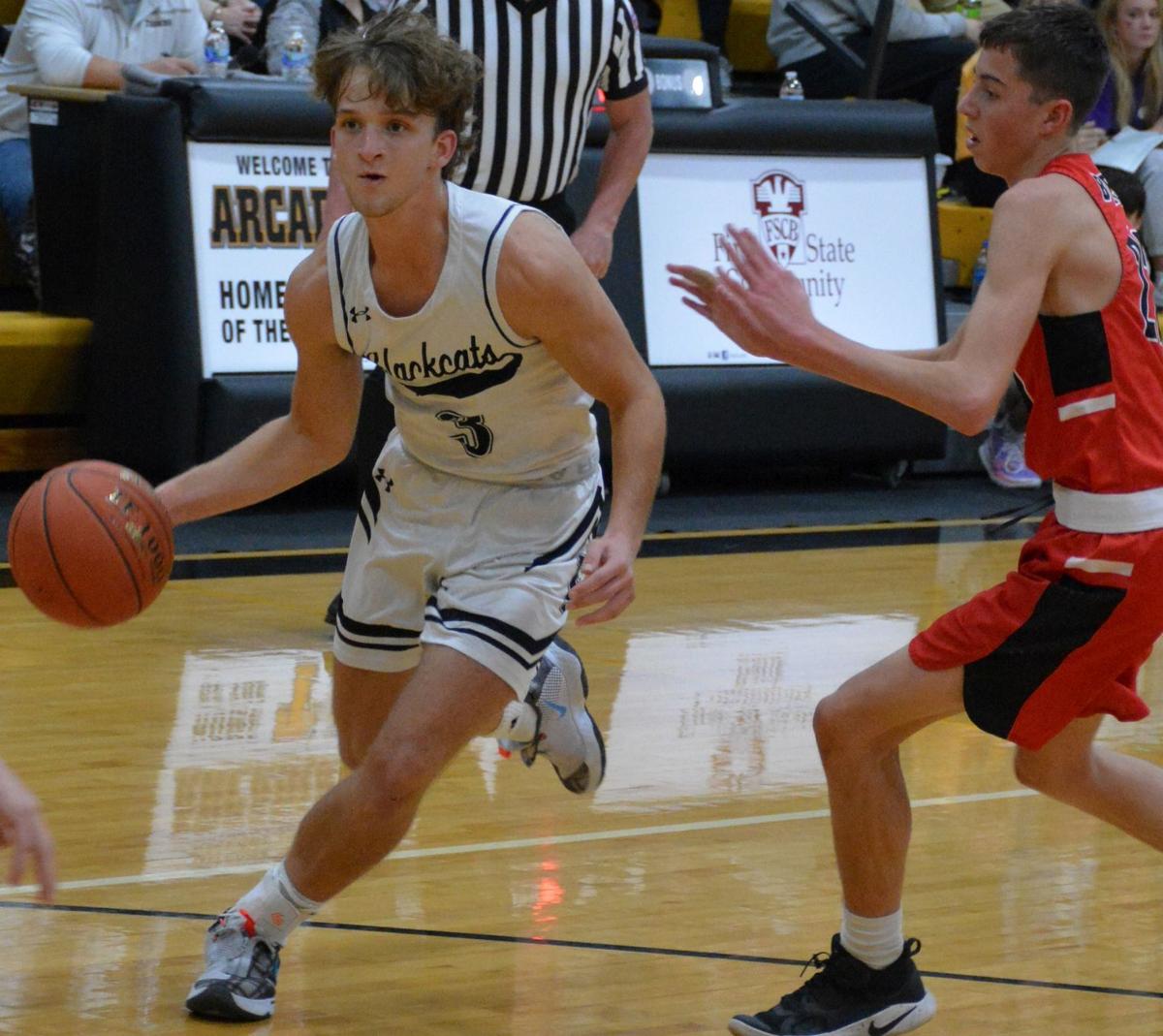 The Cats' Lane Sikes dribbles past Lesterville's Wyatt Williams on his way to the basket, Monday night. 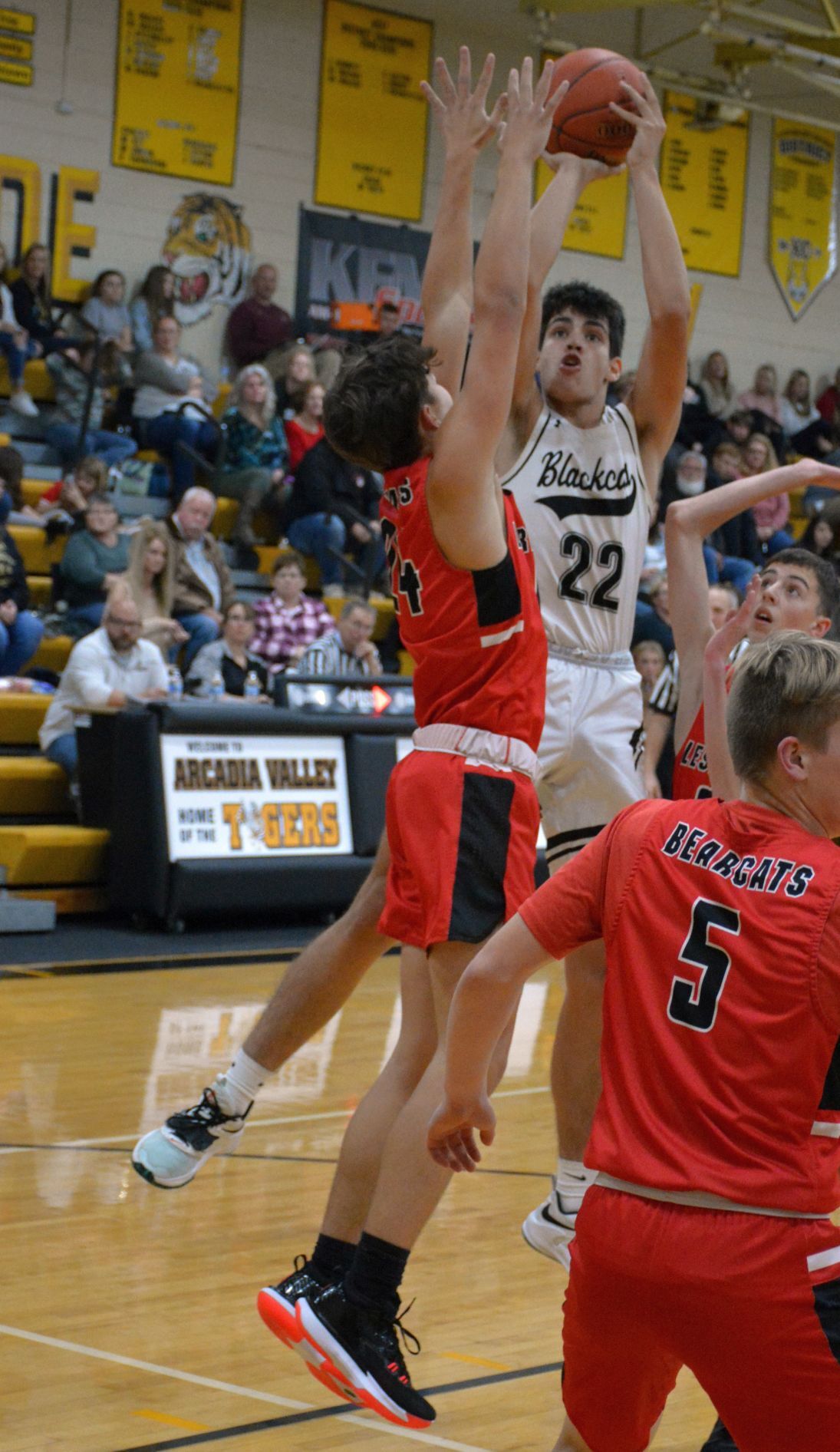 Woodland scored the first five points of the game and held the Cats scoreless until Kyndal Dodd made a basket with 4:29 to play in the first quarter. PJ Reutzel added a 3-pointer and Kylie Maddox had a basket, but the Cats trailed 14-8 after one quarter.

A Dodd basket and another Reutzel 3-pointer trimmed the lead to 14-13 early in the second quarter. Fredericktown tied the game at 16-16 with 6:04 to play in the half, and the Cats took their first lead at 19-18 when Reutzel made another 3-pointer with 4:52 left. Dodd a pair of late baskets, and FHS led 23-22 at halftime.

A 14-11 third quarter held the Cats increase their lead.

The Cats play in the Fredericktown Tournament next week. They open at 7 p.m., Nov. 30 against Arcadia Valley.

Fredericktown got on the board first when Andrew Starkey made a 3-pointer. Lesterville scored the next eight points, but the Cats rallied to take a 10-9 lead after one quarter. The lead changed four more times in the second quarter with Fredericktown ultimately leading 22-18 at halftime.

The third quarter opened with a Lesterville basket, followed by 12 straight points form the Cats to take a 34-20 lead. Fredericktown led 40-24 with a quarter to play.

Post season honors are beginning to be announced for some recently completed fall sports seasons.

Seniors Ava Laut and Lyndan Gruenke joined the top Class 3 runners from around the state at the Gans Creek Cross Country course in Columbia, f…

Kyndal Dodd tries to score in close to the basket against Woodland.

The Cats' Lane Sikes dribbles past Lesterville's Wyatt Williams on his way to the basket, Monday night.