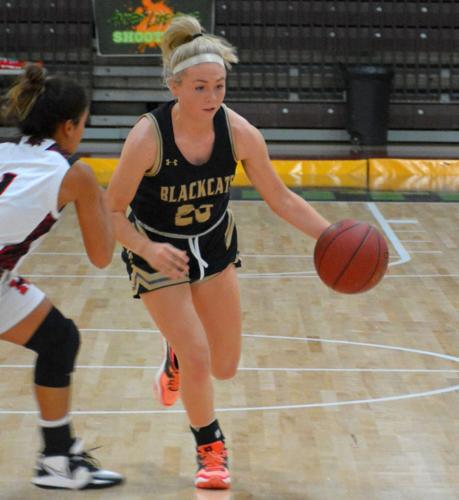 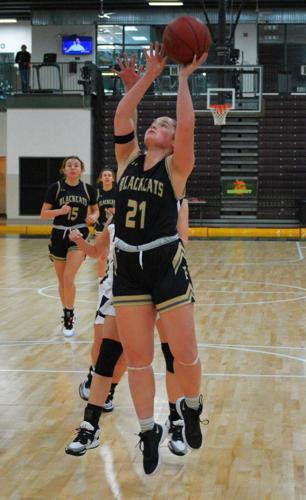 Ava Penuel puts up a shot against the Blackcats, Saturday.

Friday night the Cats won 55-22, at Woodland. The Cats led 19-9 after one quarter and 31-11 at halftime. Fredericktown increased its lead to 49-17 entering the fourth quarter.

Saturday, Fredericktown defeated Herculaneum, 61-36 in the Amped Lifestyle Girls Shootout (sponsored by St. Paul Lutheran High School), at the Farmington Civic Center. Fredericktown jumped to a 13-2 lead after one quarter. The Cats led 31-7 at halftime.

The Cats played Tuesday night at Arcadia Valley (after press time). They host the Fredericktown Tournament next week.

The Fredericktown High School boys basketball team defeated Bismarck, 68-51, in the opening round of the 96th Annual Thanksgiving Tournament, …

Ava Penuel puts up a shot against the Blackcats, Saturday.