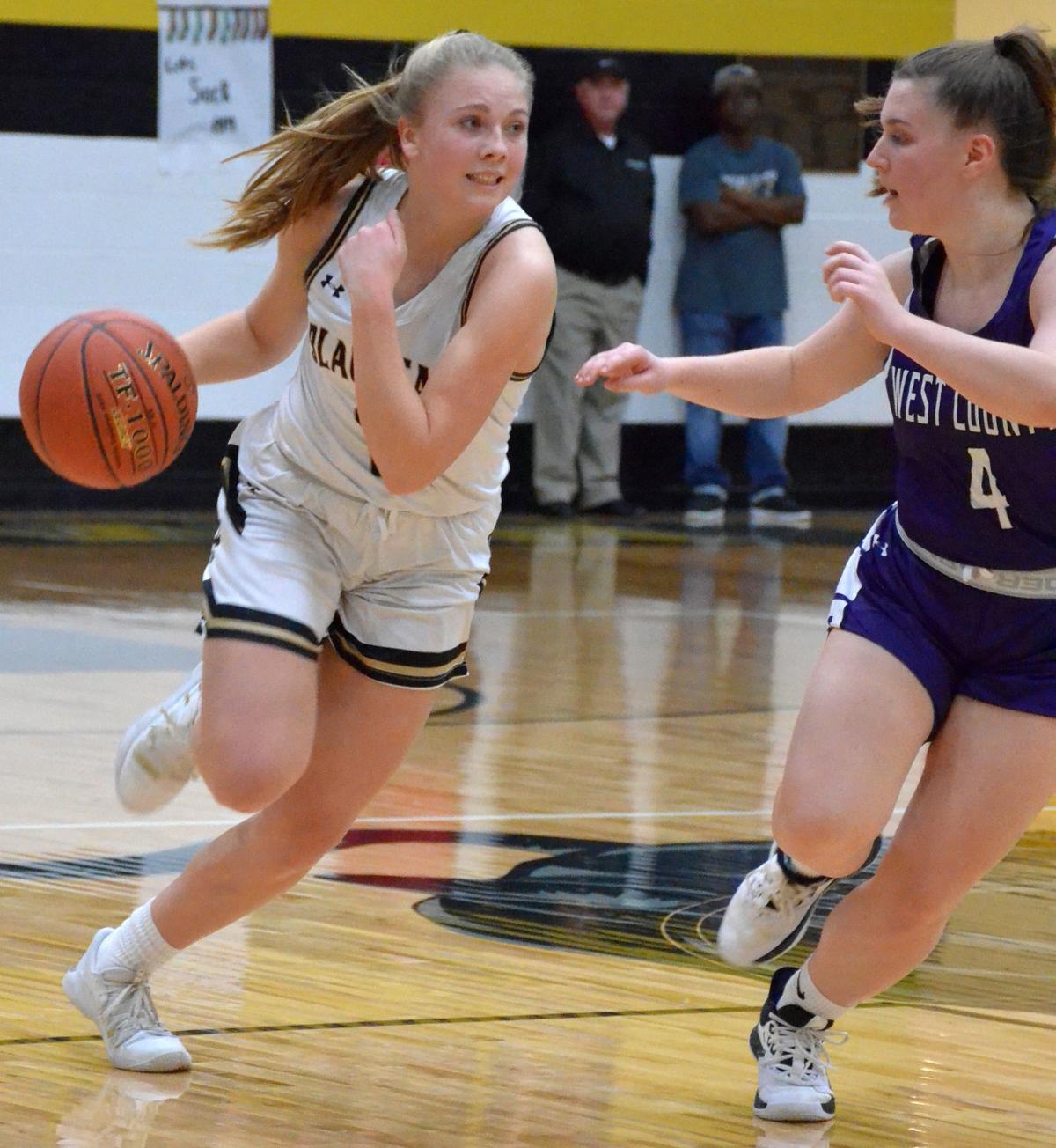 Kayleigh Slinkard tries to get around a West County defender, Thursday night. 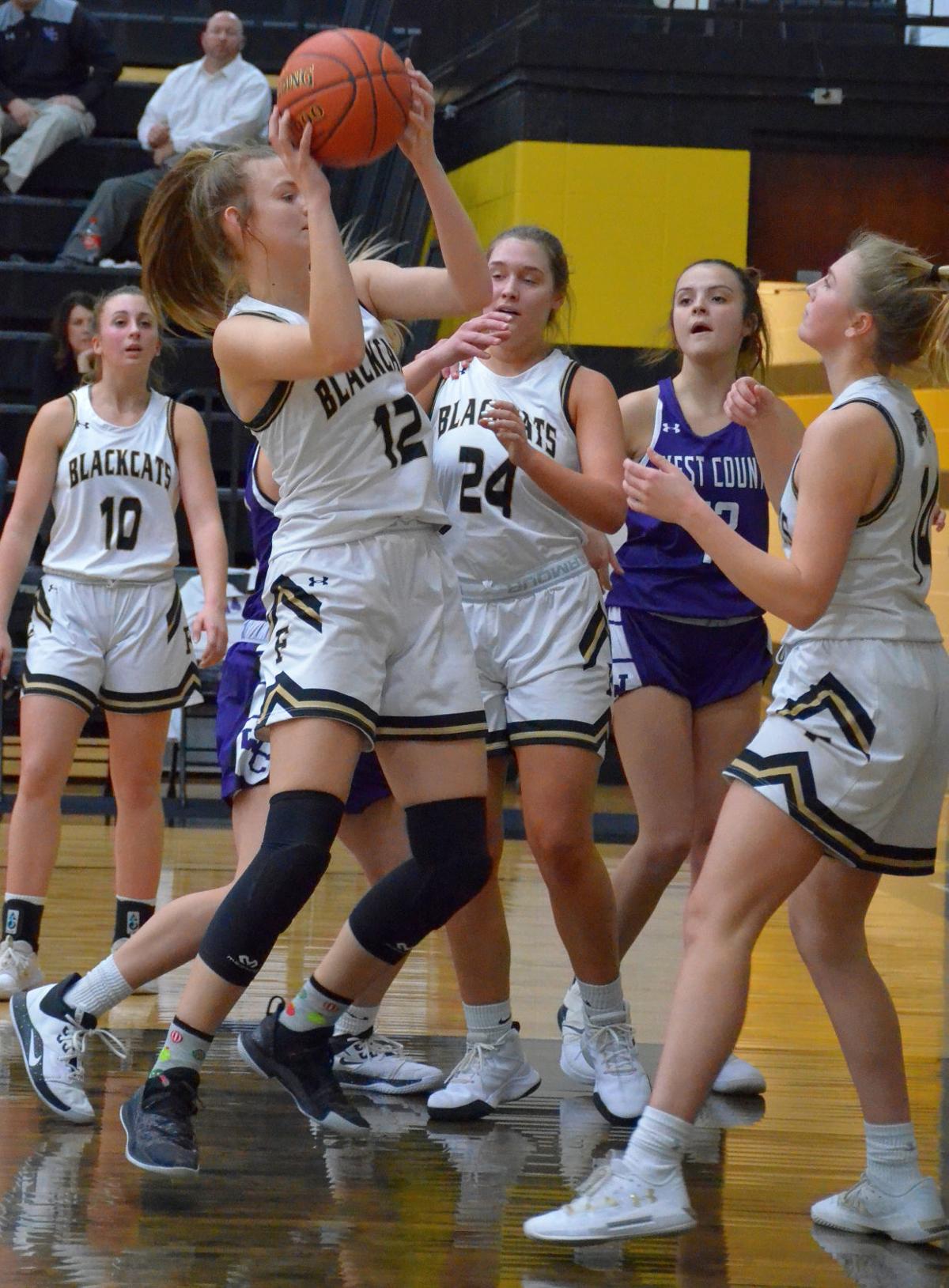 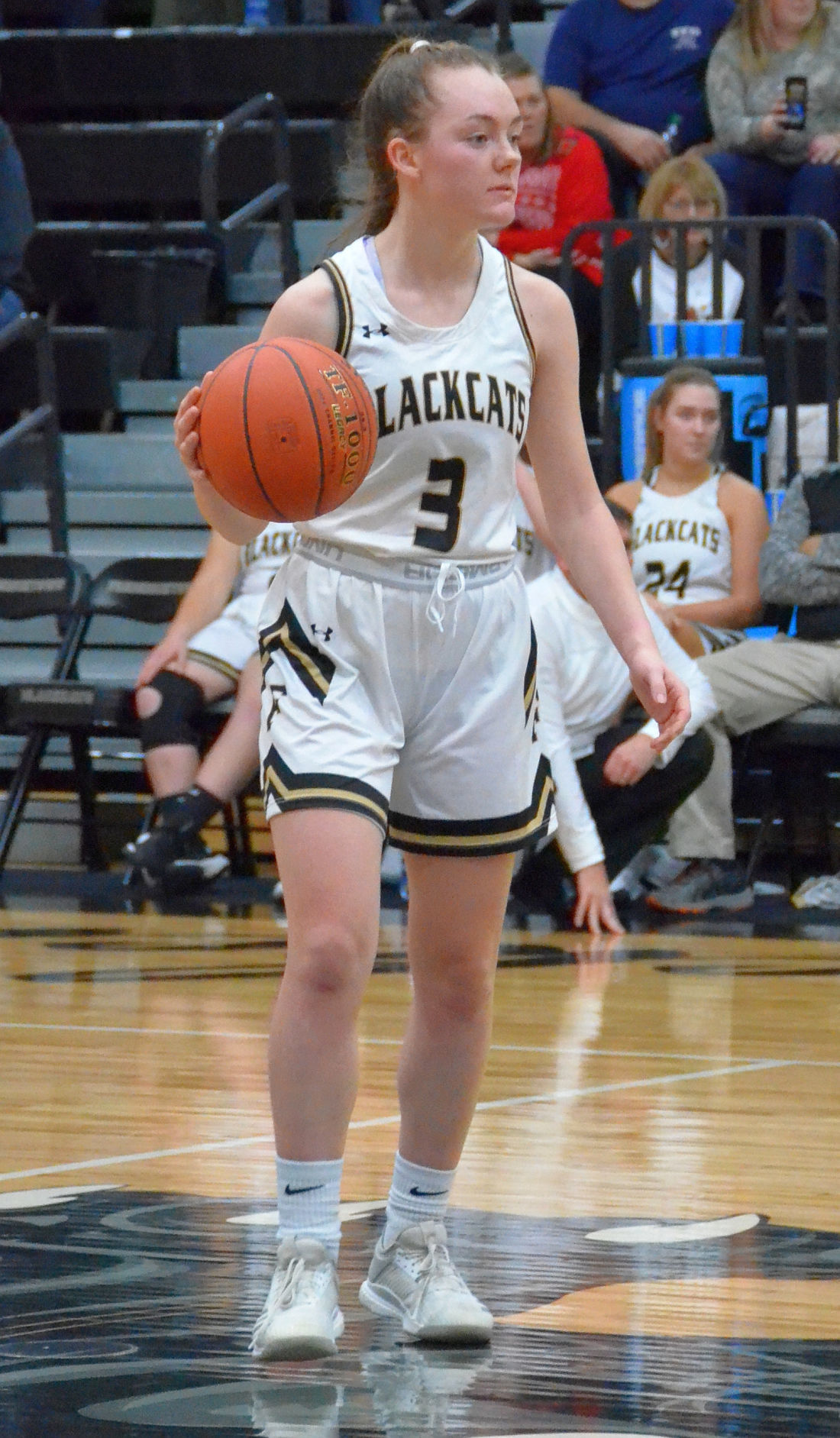 Fredericktown lost a close, back and forth contest with West County, 63-55, Thursday.

The Bulldogs jumped to an 18-8 lead in the first quarter, but Fredericktown battled back and trailed just 32-28 at halftime. The Cats took a 43-41 lead into the fourth quarter, but West County pulled ahead and made some clutch outside shots and enough free throws to close out the game.

Friday night, the Cats hosted the Woodland Cardinals. Fredericktown led just 14-12 after one quarter, but pulled ahead with a 29-8 second quarter for a 43-20 halftime lead. Woodland trimmed the lead to 56-40 after three quarters.

The Cats are seeded seventh in the Lady Rebel Christmas Tournament which gets started Thursday. Fredericktown will play No. 2 South Iron at 1 p.m., Dec. 26, at Central High School.

For the game, Alex Sikes led the Cats with eight points. Andrew Starkey had seven, and Nate Miller scored six.

In junior varsity action, Fredericktown lost 54-48. Fredericktown trailed 36-18 at halftime and cut the Warriors’ lead to just six points in the third quarter.

The Cats play in the Central Christmas Tournament, beginning Thursday. Fredericktown is seeded ninth in the 16-team tourney and will play No. 8 Jefferson at 5:30 p.m., Thursday.

The Fredericktown High School football team fell to 1-2 with a 28-6 loss Friday night at Potosi.

Kayleigh Slinkard tries to get around a West County defender, Thursday night.