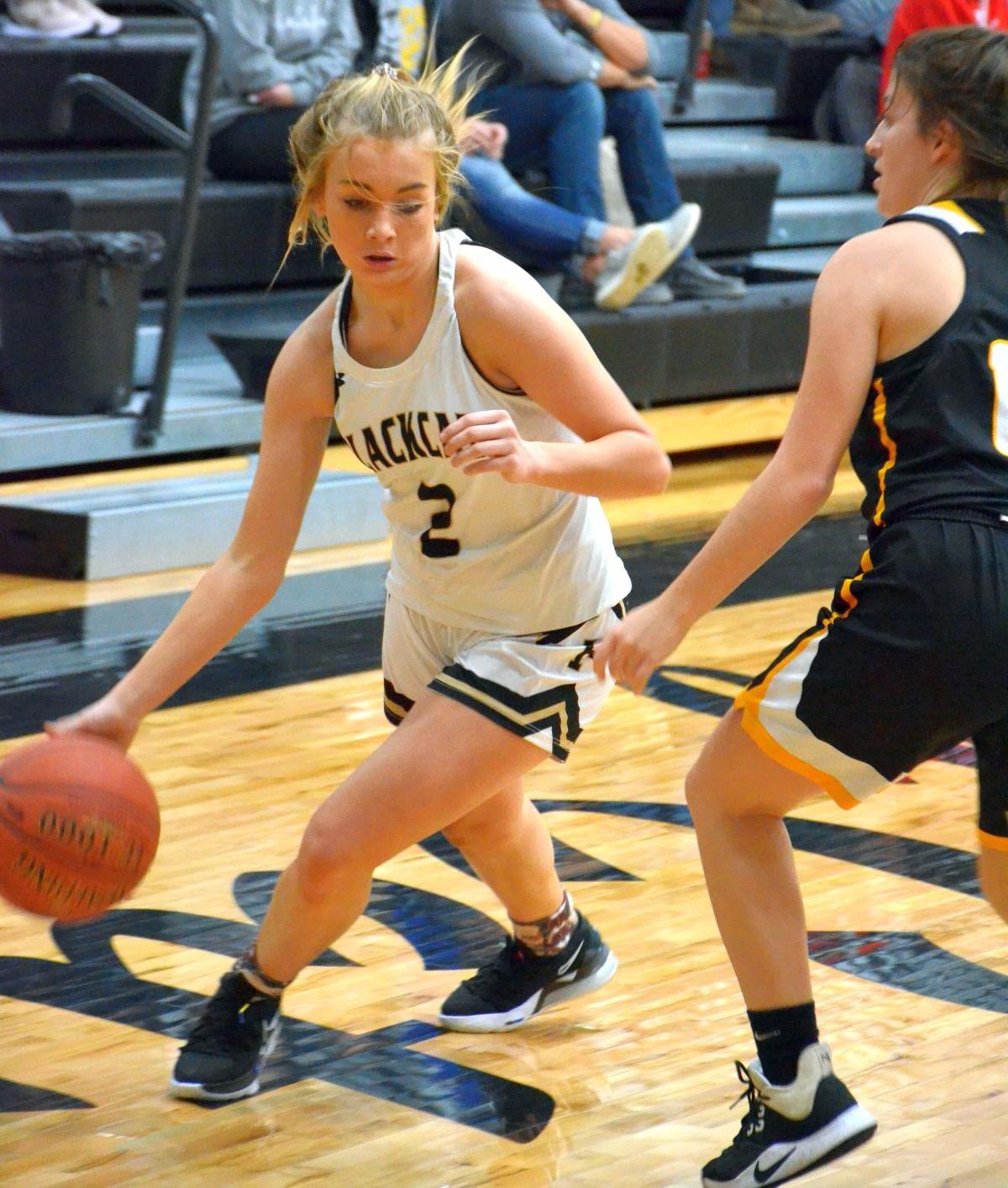 Alivia Buxton attempts to drive around an Arcadia Valley defender. 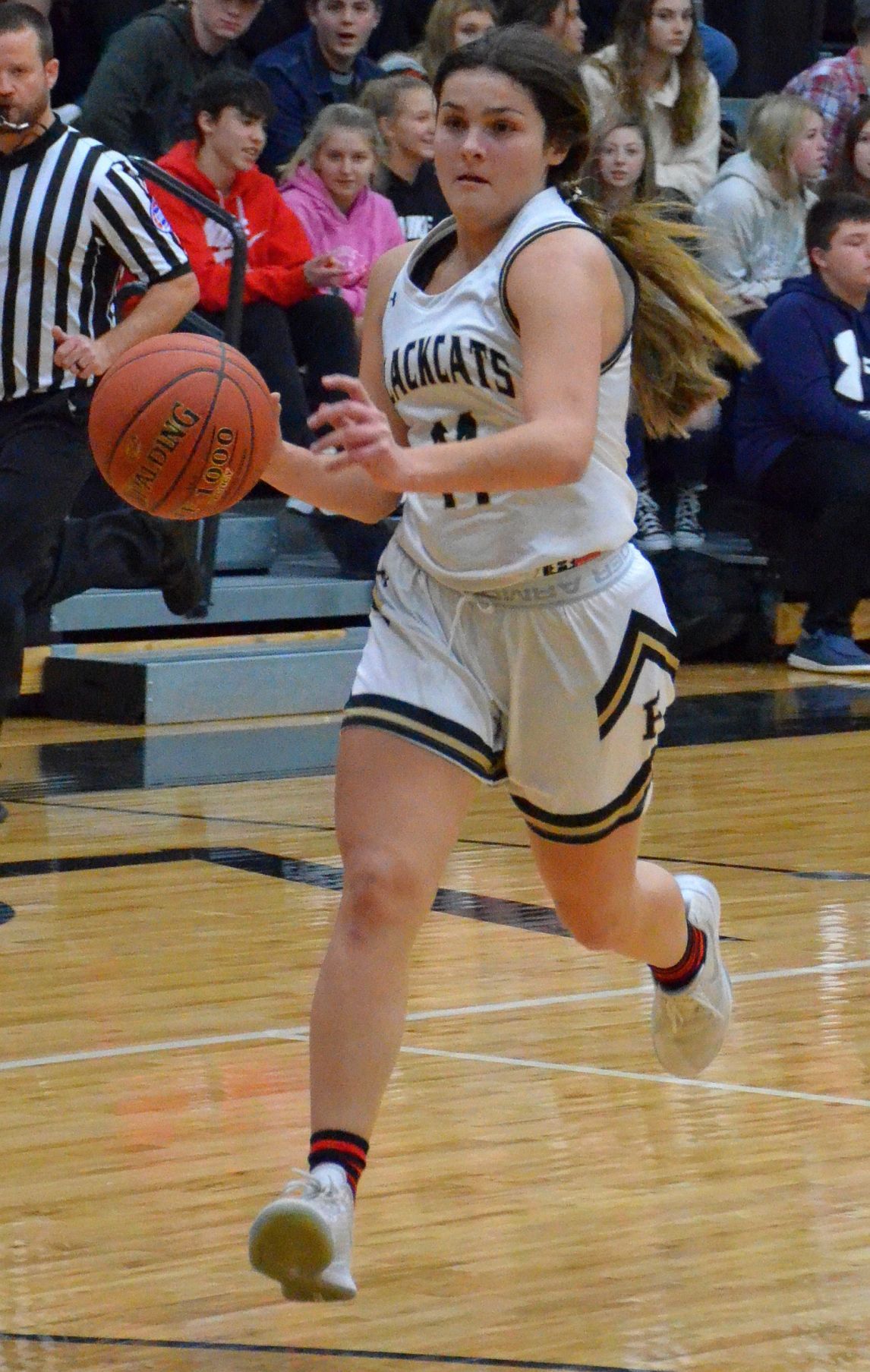 Lydia Mell drives to the basket for a layup. 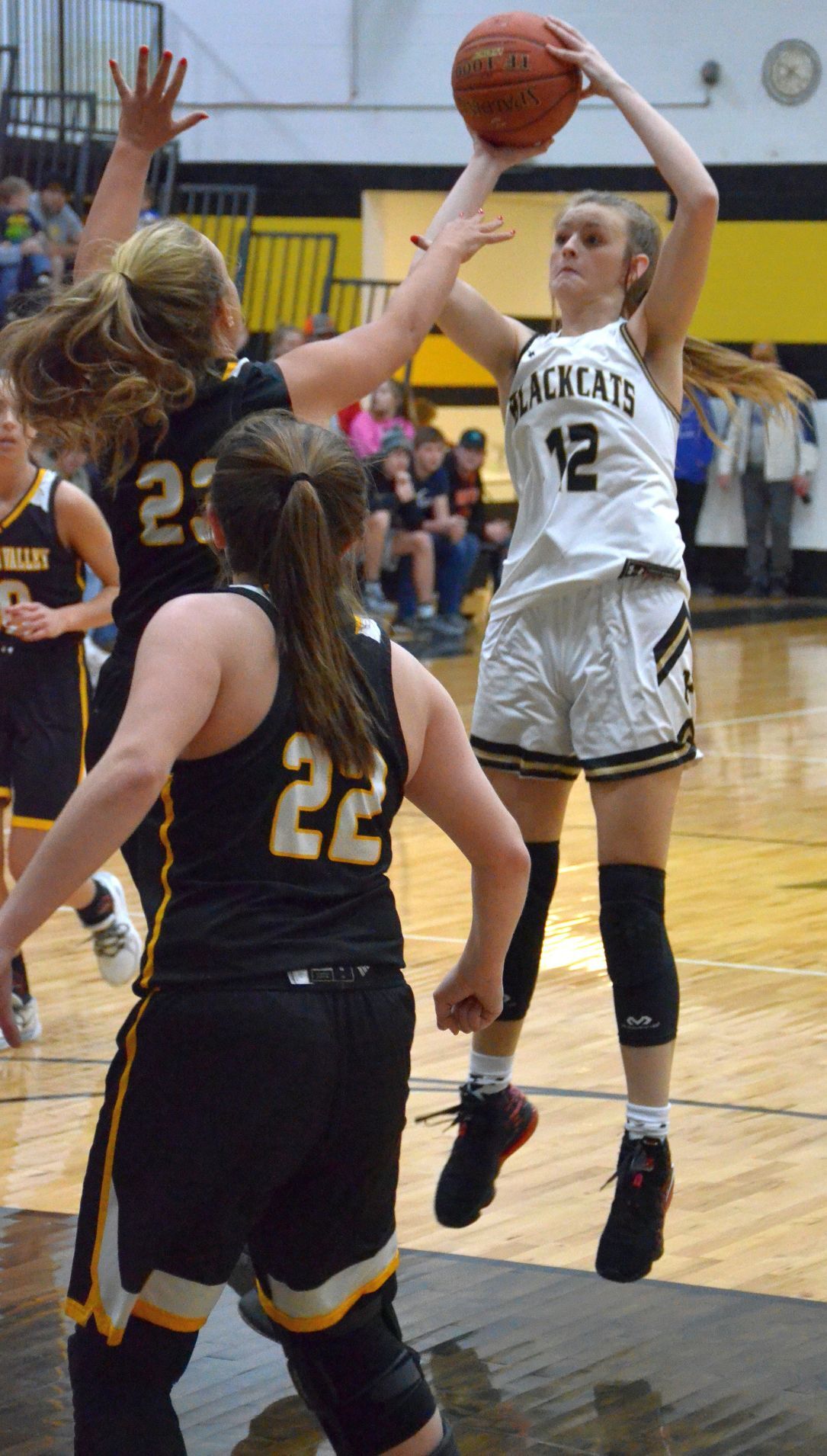 Kyndal Dodd puts up a jump shot against the Tigers. 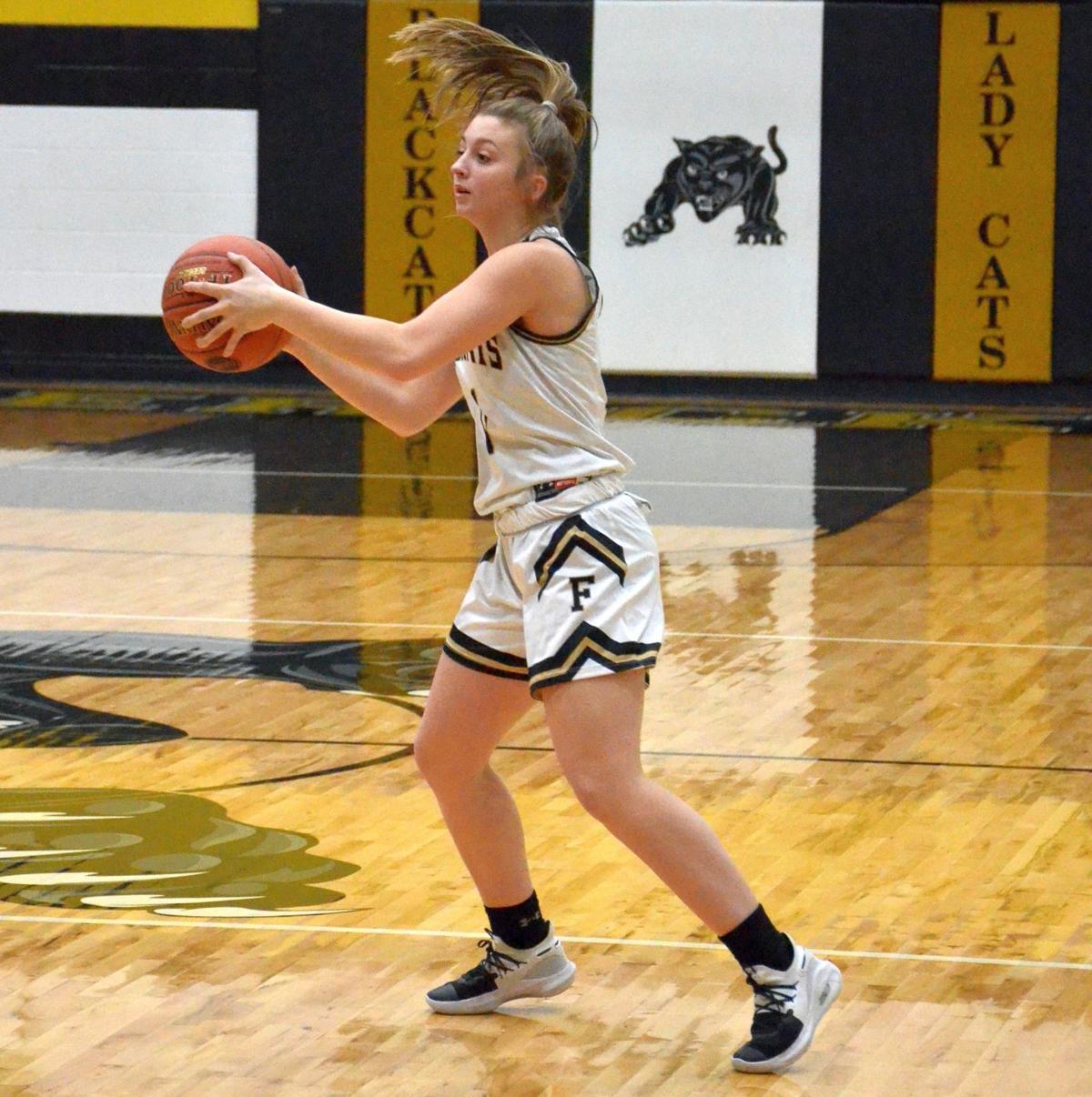 The Blue Jays led early, grabbing a 13-11 first quarter advantage. The Cats stifled the Jefferson offense in the second quarter and led 20-19 at halftime. A 17-8 third quarter and 20-10 fourth completed the FHS victory.

Fredericktown led 9-7 after one period. Then, Arcadia Valley scored 23 and 22 points in the next two quarters. The Tigers led 30-21 at the half and 52-38 entering the final period.

Maddox and Dodd each scored 17 points to lead the Cats. Mell scored seven points, Rehkop had four, Russom and Penuel each scored two points, and Alivia Buxton had one. Dodd added 13 rebounds and six blocks.

The girls are at Central, Thursday.

The boys are at Central, Friday.

The Fredericktown girls and boys basketball teams each competed in the Central Christmas Tournament, which opened Saturday.

Alivia Buxton attempts to drive around an Arcadia Valley defender.

Lydia Mell drives to the basket for a layup.

Kyndal Dodd puts up a jump shot against the Tigers.