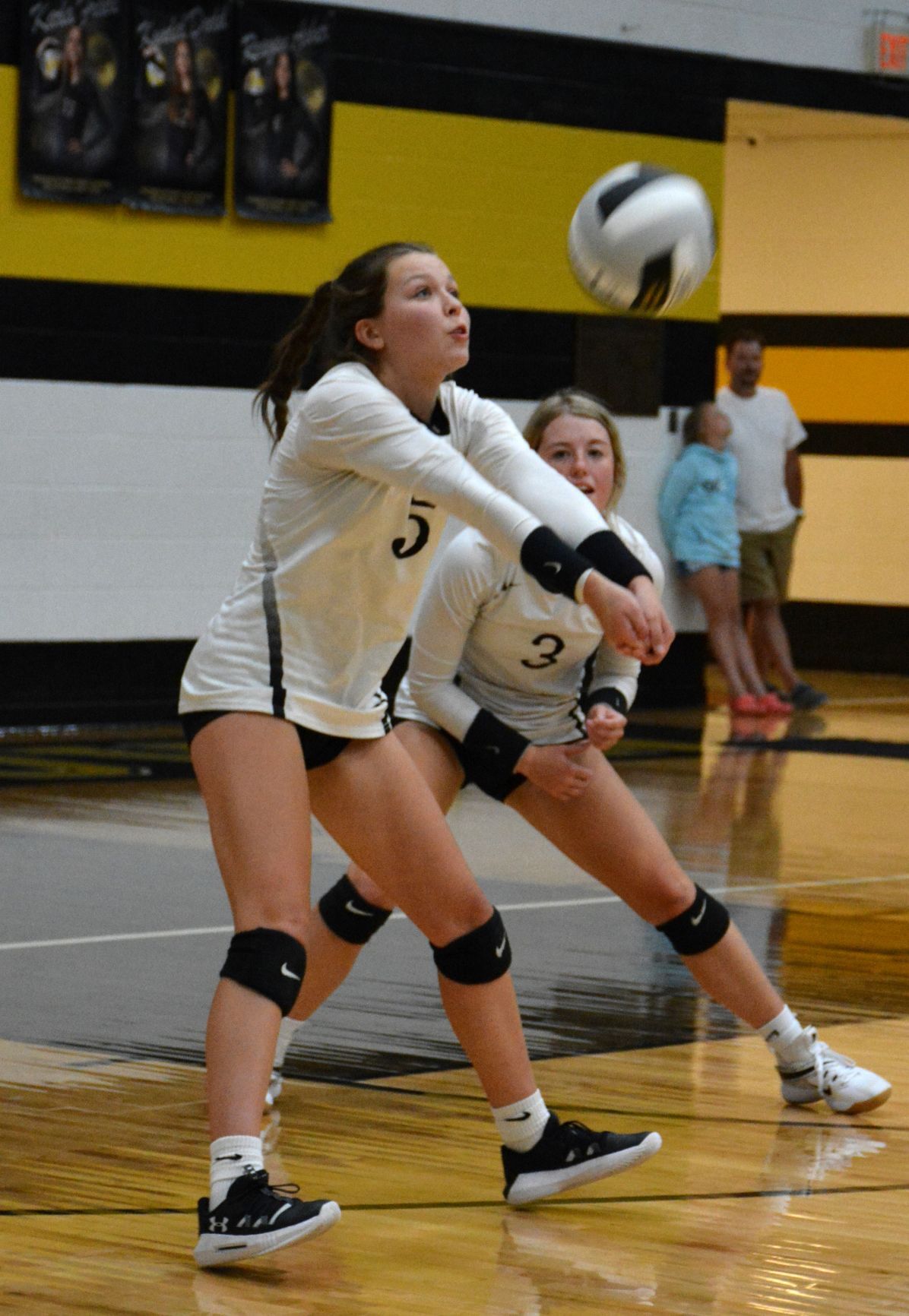 Lizzie Crouch passes the ball to a teammate against Scott City. 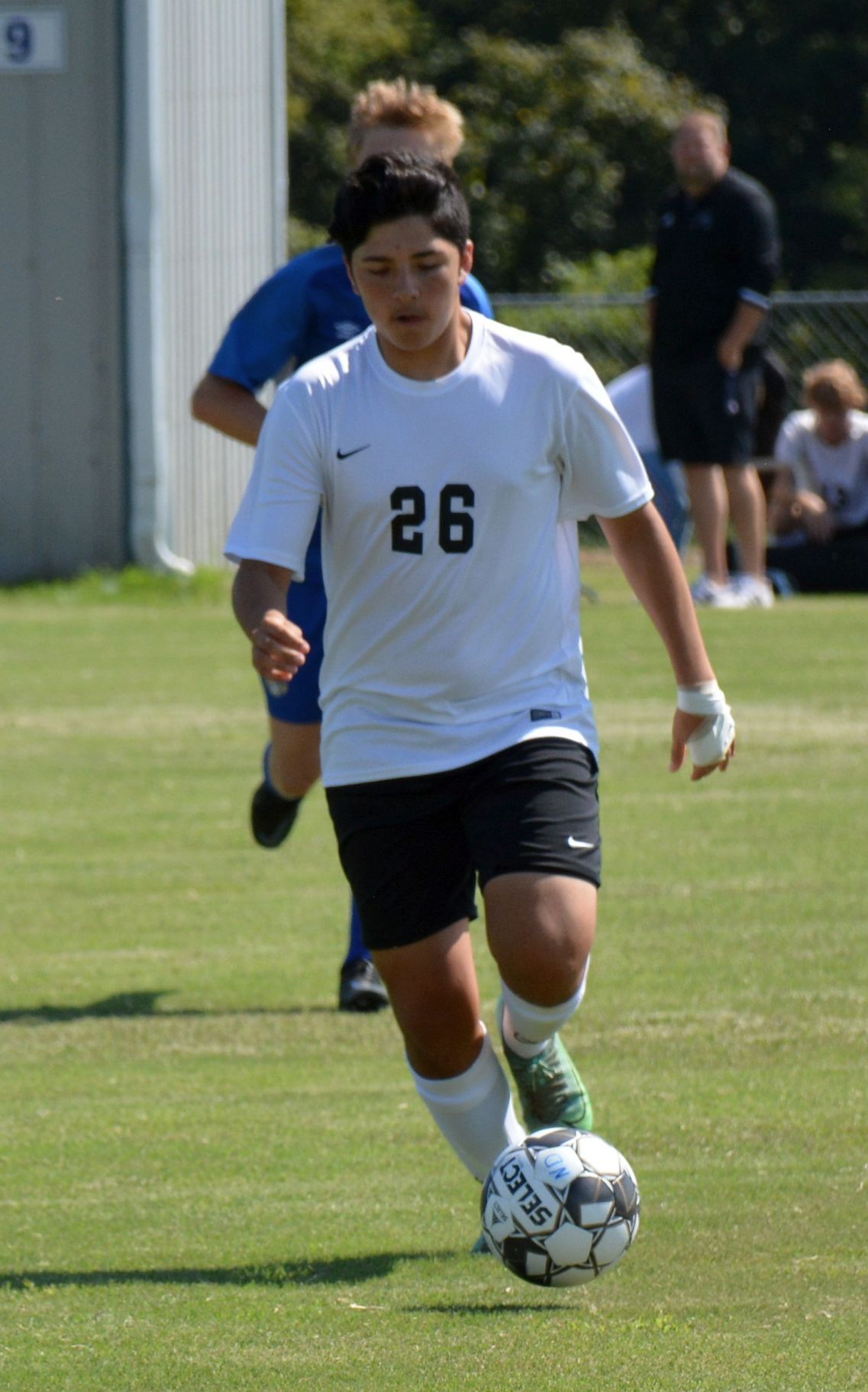 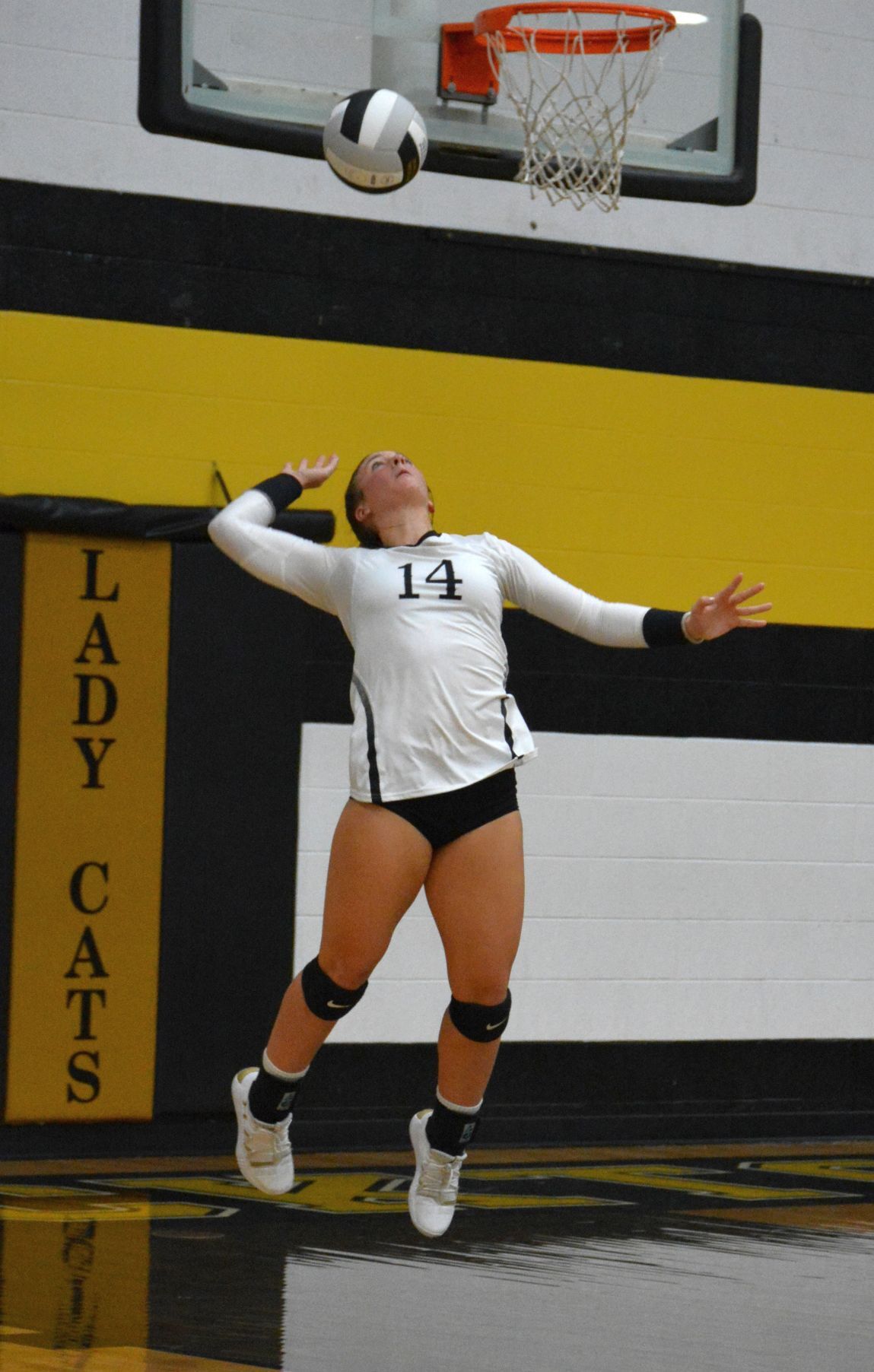 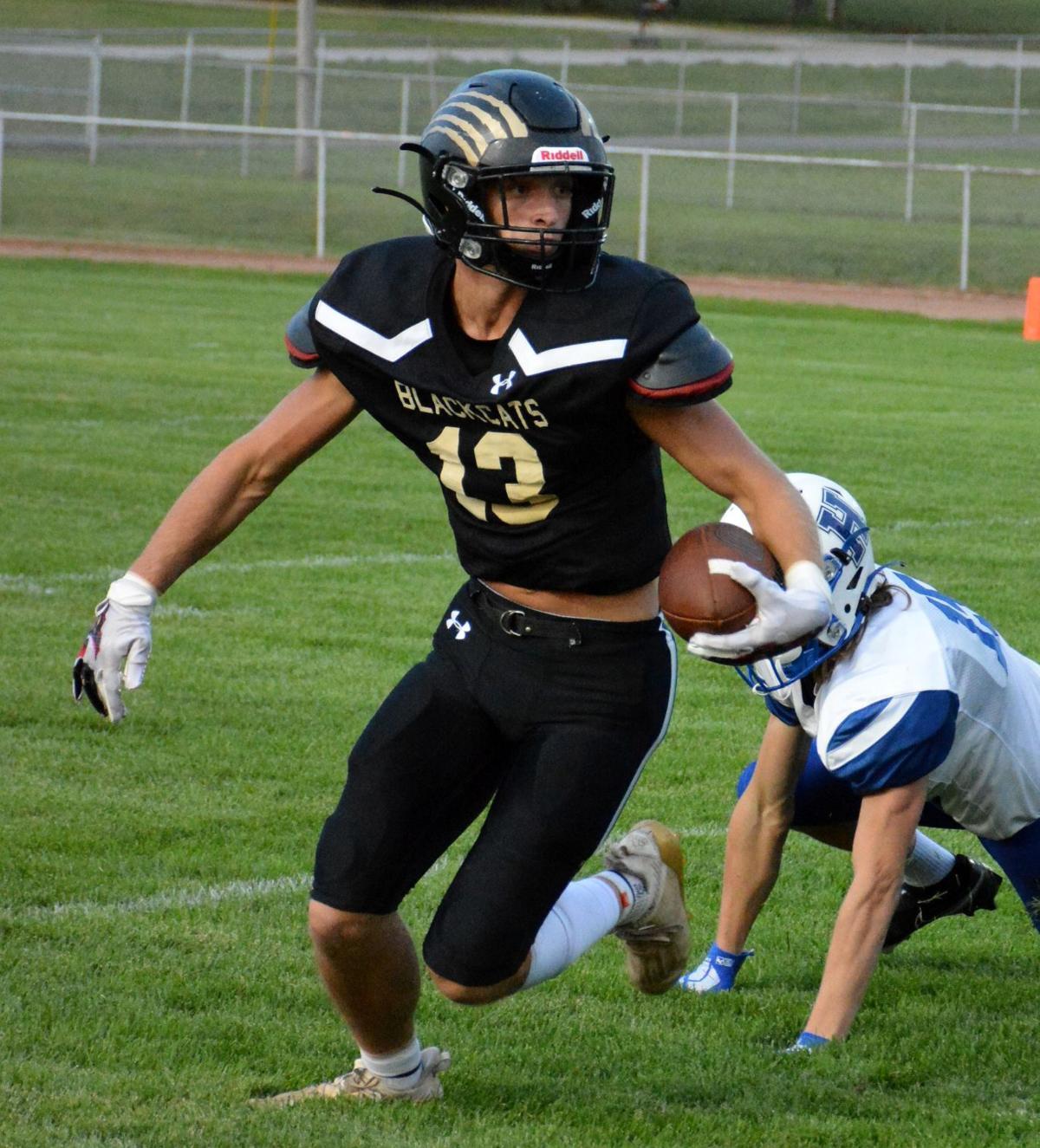 The Fredericktown High School volleyball team won a pair of home matches Wednesday and Thursday, last week to improve to 3-0 on the season.

Eduardo Lopez scored on a corner kick for the Cats. Miguel Millan scored two goals, one assisted by Brandon Dowd. The other was unassisted. Dowd also scored a goal assisted by Nolan Sullivan.

McCoy Clark started in goal and played 70 of the 80 minutes. He was relieved by Eduardo Lopez.

“Both of these keepers will probably alternate time in goal this year,” Coach McCoy said.  “Both have done well in camp and have excelled in early game play even though it is their first year playing keeper at the high school level.”

Fredericktown jumped to a 7-1 lead in the first two innings. The Cats added three more in the fourth and two in the fifth.

Allie Bloom hit a home run and a double and drove in four runs for the Cats. Calie Allgier had two runs scored and three runs batted in. Trista Thompson and courtesy runners Keira Haferkamp and Brianna Noble also each scored twice.

The game was a defensive battle to start. The first five possessions ended in punts or turnovers on downs. The Bearcats third possession started at their own 37 yard line. Hermann tried a pass play, but the Cats' Cohlbe Dunnahoo intercepted the ball near midfield and returned the interception for a touchdown. TJ Bowling kicked the point after to make it 7-0 with 1:59 to play in the first quarter.

Hermann scored on its next possession. The Bearcats completed a 73-yard drive with a 34-yard touchdown pass from Kenny Hoener to Brock Shockley. The PAT was no good, and it was 7-6 with 11:11 to play in the half.

After an inside kick, the Bearcats scored again on a one-handed grab by Seth Hackmann. The two-point conversion gave Hermann a 14-7 lead at the half.

Neither team scored in the third quarter, but Hermann took a 21-7 lead early in the fourth.

The Cats scored on their next possession. On third and five from their own 46, FHS quarterback Carter Cheaney connected with receiver Lane Sikes for a 54-yard catch and run to make it 21-14 with 8:21 to play in the game.

Hermann added its final score with 5:34 to play, and the Cats were unable to mount a comeback.

On offense, the Cats were led by Garrett Marler who had ten carries for 58 yards. Sikes had two receptions for 79 yards. Bowling had seven solo tackles to lead the Cats’ defense, while Dunnahoo had two interceptions, and Sikes had one.

In singles, the Cats’ Sydney Bell won 8-2, Emiley Geen won 8-2, and Lucy Pham won 8-3. In doubles, Bell and Sophie Rehkop won 8-6. The Cats had three other matches which they lost by a 9-7 score, as the two teams were evenly matched.

The Blackcats lost their home opener 9-0 to Farmington, Sept. 2. Bell and Geen played a tight doubles match against the Knights, losing, 8-6.

Lizzie Crouch passes the ball to a teammate against Scott City.