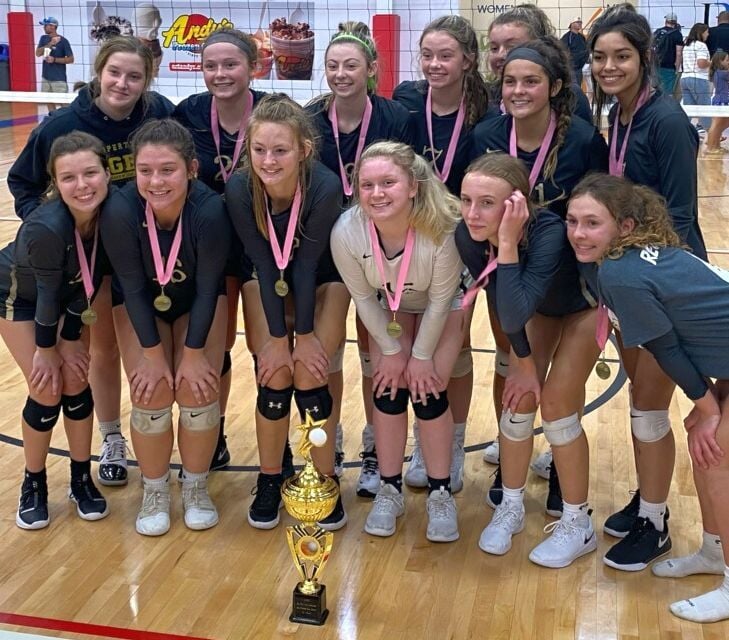 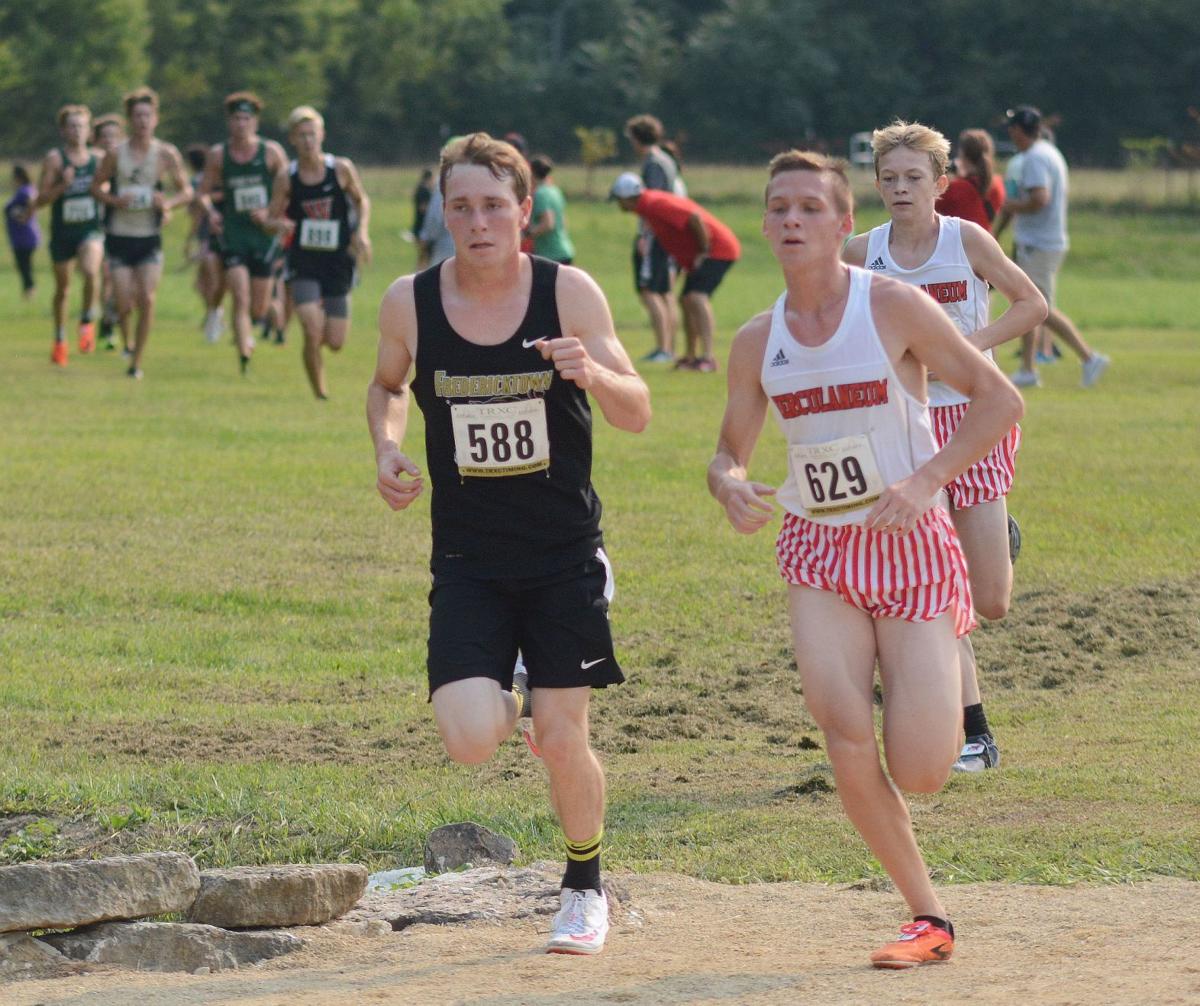 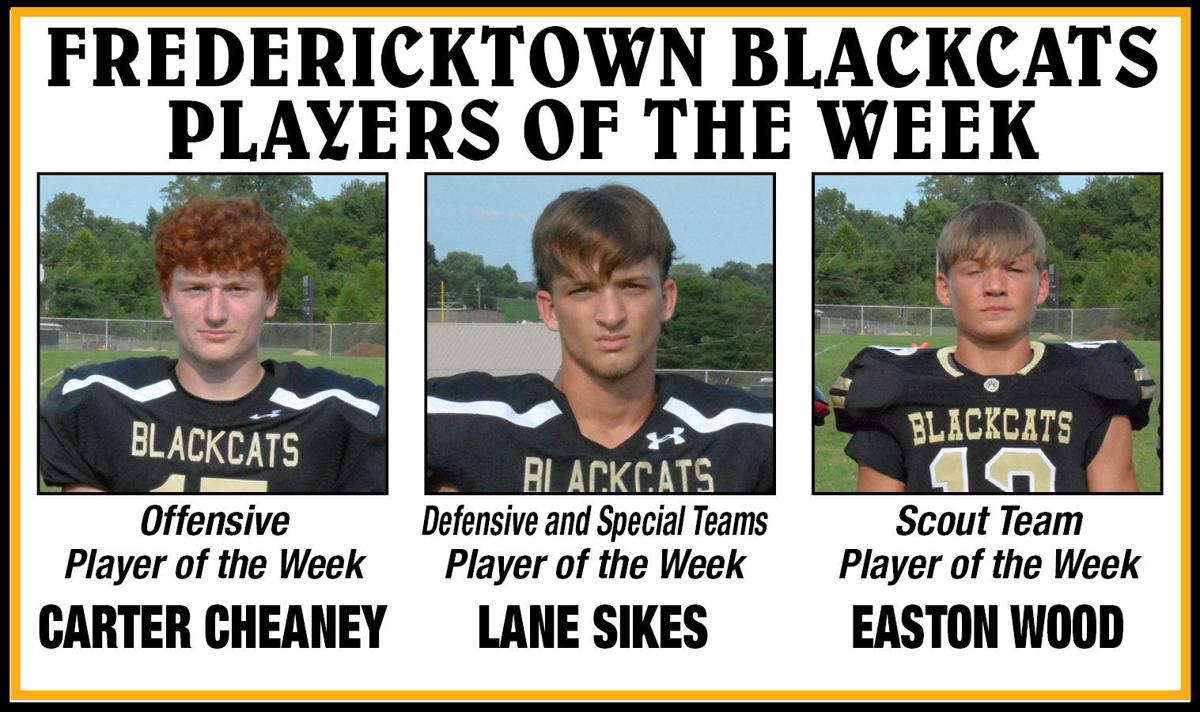 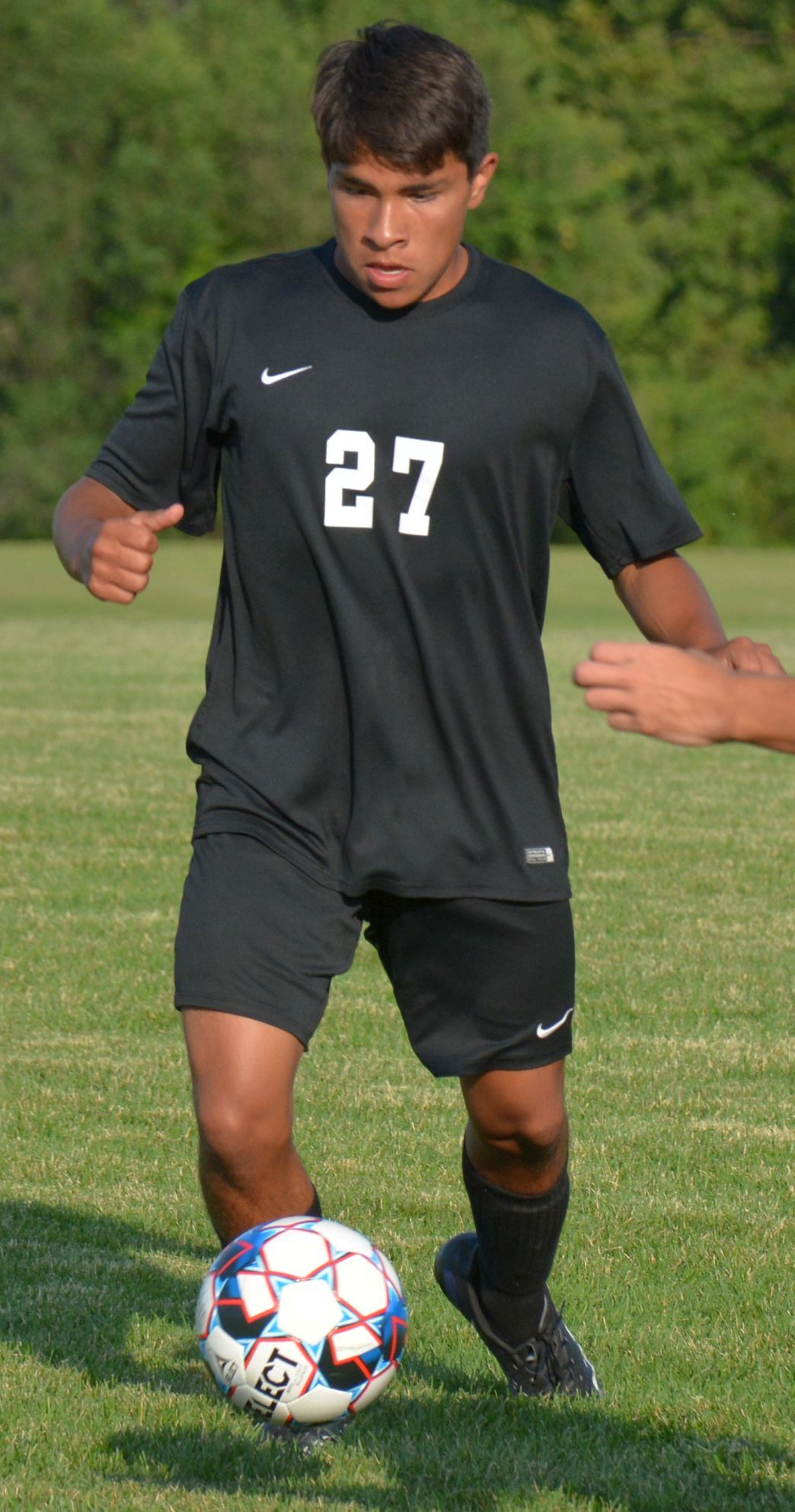 Sophomore Reuben Pirtle advances the ball for the Cats against Farmington. 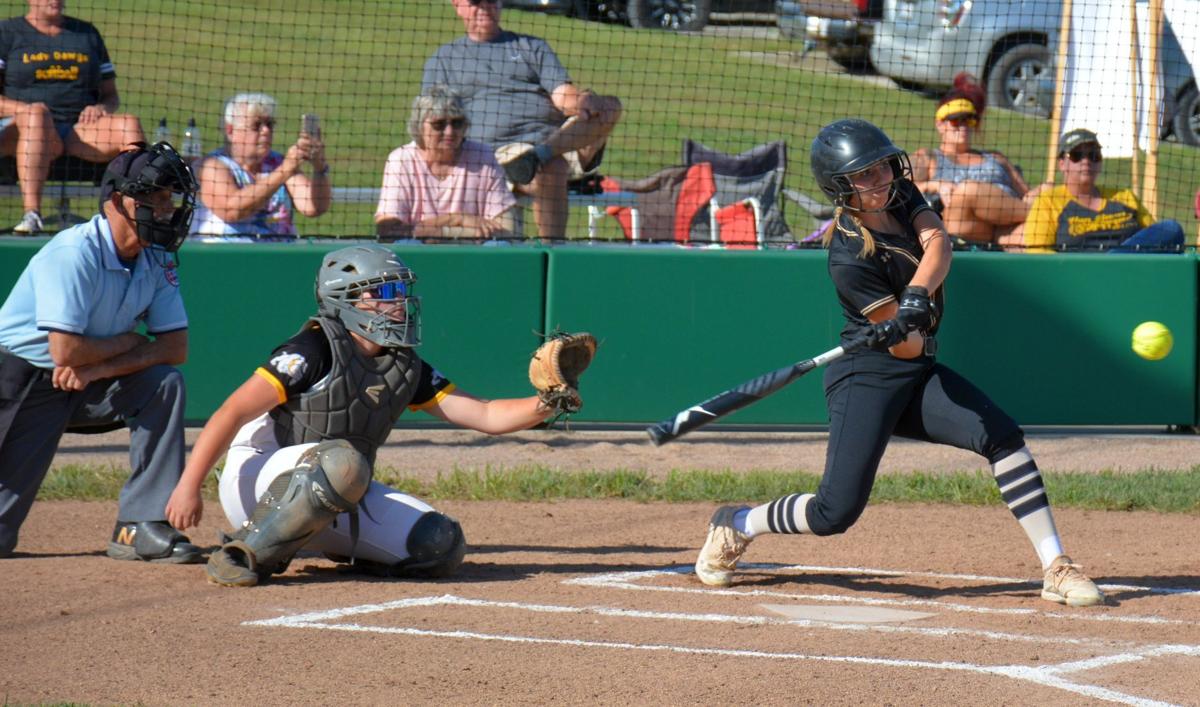 Calie Allgier takes a big cut against Van Buren. The freshman had two doubles and home run against the Bulldogs, Sept. 8, here.

The Blackcats middle school and high school cross country teams competed at the Arcadia Valley Invitational on Saturday. There were 40 teams competing at the meet.

For the high school team, senior Lyndan Gruenke led the way with a sixth place finish and a medal with a time of 17:30.

Gruenke was All-State last season, and Coach Joe Garrity said he is in contention to be in the top 10 in Class 3 this season.

Garrity said senior Ava Laut also ran a great race, finishing 31st out of 97 runners with a time of 23:14. “Her strong start puts her well within reach of being one of the top runners in Class 3, District 1 this season,” Garrity said.

Juniors Caleb Jenkerson and Isaac Pirtle set new personal records, and Belle Hanshew, Braden Braswell and Patience Garland improved their times from last year significantly. Mark Heine, Laci McClellan and Ethan Vance also ran their first 5k race for the Blackcats and had a strong performance, according to the coach.

For the middle school team, Reid Simmons finished 25th out of 168 runners for a medal. Simmons time for the 1.5 mile race was 8:30. The other Blackcats who ran were Maggie Gruenke, Brigg Hale and Michael Johnson.

Both Blackcats Cross Country teams will run next at Mineral Area College in the Bismarck Invitational, Saturday.

The Fredericktown High School soccer team played a pair of matches last week and another one, this week.

“On paper, there wasn't much to write about (Thursday’s) game,” Coach Jamie McCoy said. “However, it was a breakthrough game defensively for us. Everyone on the defense seemed to understand their position for the first time as a unit (Thursday).

The coach said goalkeeper Eddie Lopez played very well stopping 18 of the 21 shots on goal. He also faced another 16 shots that were not on goal.

“Our back four stayed very composed and strong all game long,” Coach McCoy said. “For the majority of the time, this was Marcos Navarrete, Dom Biesemeyer, Brandon Dowd (captain) and Max Kopitsky (captain).”

Coach McCoy said Farmington is a well-coached team every year and has the ability to score several goals every game.

“We reached out to add them to our schedule last year with the intention of playing as many good teams as we can in the area,” McCoy said. “As we expected, they are good.”

McCoy said the Blackcats’ offense is missing three of four forwards due to injury, and as they return, the team should grow stronger.

Fredericktown sophomore Conor Rouse scored early in the first half to give the Cats a lead. St. Paul scored to tie the game and added another to lead 2-1 at halftime.

The Cats had multiple scoring chances in the second half, but were unable to score the tying goal.

The Trojans got on the board first on a 62-yard interception return with 10:55 to play in the opening quarter. They added three first quarter touchdown passes to Gavin Portell to make the score 26-0. After the third touchdown, Fredericktown’s Lane Sikes scored on an 80-yard kickoff return to get the Cats on the board. TJ Bowling’s PAT made it 26-7 with 4:04 to play in the first quarter.

Potosi scored one more time in the first quarter and added another touchdown early in the second to lead 40-7.

Fredericktown took over on its 18 yard line with 8:06 to play in the half. Two running plays netted just one yard for Fredericktown. On third down, Cats’ quarterback Carter Cheaney connected with receiver Cohlbe Dunnahoo on an 81-yard catch and run and a score.

On the next Potosi possession, Fredericktown’s Koda Hodge got an interception. The Cats then went on a long drive. They started on their own 30-yard line. Fourteen plays later, FHS scored on a fourth and eight from the 11-yard-line, when Cheaney hit Andrew Starkey in the end zone with 31 seconds left in the half. The score was 40-20 at halftime.

Potosi added two more third quarter scores and one in the fourth.

For the Cats, Garrett Marler led the rushing attack with 41 yards. Cheaney had 28, and Kaleb Walker had 24. Cheaney also completed nine of 21 passes for 166 yards and two scores. Sikes led the team with ten solo tackles and also had an interception.

Fredericktown took an early 2-0 lead in the first inning, but the Bulldogs scored eight in the second and four in the third to go up, 12-2. The Cats scored eight of their own in the bottom of the third, but could not get any closer.

The Cats lost 12-2, Sept. 9, at North County. Allgier and Makayla Tourville each had hits for the Cats. Allgier and Wengler scored the two FHS runs.

The Fredericktown High School volleyball team won a pair of home matches Wednesday and Thursday, last week to improve to 3-0 on the season.

Sophomore Reuben Pirtle advances the ball for the Cats against Farmington.

Calie Allgier takes a big cut against Van Buren. The freshman had two doubles and home run against the Bulldogs, Sept. 8, here.