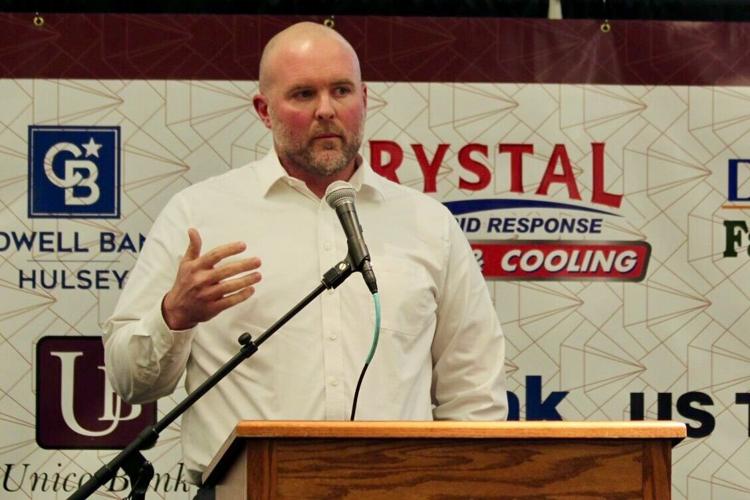 Mike Cochran, executive director of operations for Missouri Cobalt, spoke about the firm's development of the mine near Fredericktown. 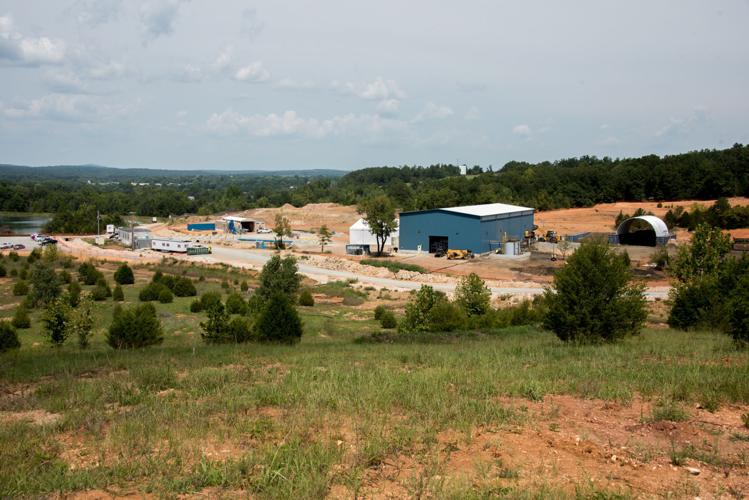 The Missouri Cobalt Mine has gone from a dirt patch to a full processing plant and lab since it opened in 2019. The company believes it will eventually employ as many as 400 people.

The Farmington Regional Chamber of Commerce’s Business and Community Luncheon featured Mike Cochran, executive director of operations for Missouri Cobalt, the firm redeveloping the mine outside of Fredericktown in Madison County.

“China handles the vast majority of cobalt today,” he said. “They have very little cobalt themselves. In the United States, there are only two known deposits, and this is one of them.”

The site covers 1,800 contiguous acres and has been mined for more than a century.

“The Madison Mine Site was opened in the 1840s as a lead mine,” he said. “It had been operated on and off until the 1960s. During that time, the main product produced was lead concentrate. At one time, there was a smelter on site. There’s a rich history of mining on that site. It shut down in the mid-1960s, and not much had been done with it until we took it over, with the exception of the early 1980s when there was additional development work. There was additional drilling trying to determine what was under the ground and on the site.

“Being a mining site from the 1840s on, it left a lot of impacted land. In 2003, the site was added to the EPA Superfund Sites. It was designated as environmentally impacted and needed to be cleaned up before it could be used. The remediation was a byproduct of mining before there were regulations. The industry at large, pre-1900, had a lot of stuff that went on that would not happen today, and it left these historical sites. That’s why there’s the Superfund list. Modern-day mining is inherently safe and inherently protects the environment, not only because it’s the right thing to do, but there are laws in place.”

According to Cochran, beginning in late 2018 until now, most of the work at the site has concentrated on remediation of those previous mining activities.

“But really, people are more interested in what’s going on now,” he said. “In 2018, the folks that owned the Madison Mine Site wanted to sell it. They contacted Stacy Hastie, who is now our current CEO, and also owns Environmental Operations, Inc., which is an environmental contractor. They also specialize in Superfund cleanups. They acquired the site and put together the plan to clean up the Superfund liability. In 2019, the Superfund remediation was started. The byproduct of lead mines are tailings, and in this particular deposit, it had cobalt, nickel and copper.”

Cochran showed a before and after slide of the remediation process from bare, polluted ground to grass growing when finished.

“What that is not is just going out and planting grass seed,” he said. “The heavy metals are still on the surface, you have to impound them. Instead of being spread out across the site where the wind blows, and it would get rained on with the potential to leach into the water, now all the tailings that were on the site were brought together in different areas and capped. We impounded them with four or more feet of soil.

“We have tested all of the open areas to make sure they are no longer impacted, and then they are capped, and we do hydro seeding and grass seeding. If there is any area the vegetation doesn’t stay, we have to go back and rework it. It’s an ongoing process.”

Until now, Cochran explained why there hasn’t been a massive amount of publicity or outreach about the project. “Our business decided to be fairly quiet about what we are doing. A lot of the early companies spent a lot of time making announcements and doing press releases. A lot of times, they had to walk that stuff back.”

Aside from remediation, Cochran said that in 2020, Missouri Cobalt started a large-scale drilling campaign to better understand what was underground. Decisions followed that will add processes to the site. A decline is being built to go underground to extract the ore that has cobalt, nickel and copper, and 80 cores have been drilled, with more planned for next year. They have determined that there are two ore body veins that are approximately 250 and 400 feet underground.

“Electric vehicle (EV) batteries are a major wave that is coming,” he said. “So many car companies and the government is talking about changing to electric vehicles. In order to do that, we have to have the right metals to make the batteries and the technology to do that. In 2021, the decision was made by our company to continue down the EV battery supply chain. The decision was made to build a hydrometallurgical plant to extract cobalt and nickel to the compounds that can make EV batteries.”

Cochran talked about the process they are working on. “It is not a common process in the United States, and a portion of it is proprietary to Missouri Cobalt. We built a small-scale plant north of St. Louis to help prove our technology and do research and development. There is no cobalt processing in the United States today. Cobalt processing primarily happens in China or Asia. The majority of the metal starts in Africa.”

The extraction process includes milling the ore into a smaller size, froth flotation to extract metals and recycling lithium-ion batteries for a part of the process.

The next process of extracting the metals is new to the United States and is unique to Missouri Cobalt, where a liquid solution chemically separates the metals. One of the eventual products from Missouri Cobalt will be copper plates that are 99.99% pure copper. The plates will be used to create copper wire, foil and be used in batteries.

“We are building a couple of very large facilities to house the processes,” Cochran said. “We are partnering with Clayco Construction and using local vendors onsite for construction and providing materials.”

This year saw the beginning of construction of the hydrometallurgical plant and 99% completion of the Superfund remediation, something that Cochran is proud of. “That by itself is a major accomplishment and a real benefit for the local community.”

With the rapid growth of the company in the last 18 months and the need for more employees, Cochran noted that they are starting to be more active in the community.

“We did the Team Up to Clean Up event," he said. "We had a booth at the Azalea Festival. The company currently has 83 employees — 73 of the employees are from within 60 miles. We use a lot of local vendors, either from the area or from St. Louis. Whenever we can, we are committed to using local folks for purchasing and vendor support. We use several machine shops and equipment people from the area to help support our activity.”

As the company keeps growing and adding more processes, Missouri Cobalt keeps actively hiring employees. Cochran says the scale of the operations compared to the current tailing concentrating process will be much larger.

“Our plan is to ramp up over the next four years through 2025, and we will be continuing to build and continuing to hire, so the need will be immediate and ongoing over time,” he said. “We estimate that we will eventually need about 400 employees.”

Cochran spoke about local public reaction to the mining operation.

“It’s always all over the place when something new is coming in,” he said. “I’ve met with the city administrator, it went well. I’ve talked with various people in the community, and we have local employees, so I think there are a lot of positives around it. There are a lot of unknowns because we haven’t talked much about what’s going on. I think informing people more now that we’re further on should help them.”

Saturday, Sept. 10, Hooked on Vets, in cooperation with the Missouri Department of Conservation, put on an event called Veterans Free Fishing …

With daytime temperatures still reaching into the 80s and 90s, it might be a little bit difficult for some Parkland residents to start thinkin…

Take our advice... the next time you have dinner at a seafood restaurant, don't order this! This week's Take a Guess requires that readers giv…

The community forums and grapevines are filled with eyewitness reports of people experiencing mental-health breaks in the Parkland.

Mike Cochran, executive director of operations for Missouri Cobalt, spoke about the firm's development of the mine near Fredericktown.

The Missouri Cobalt Mine has gone from a dirt patch to a full processing plant and lab since it opened in 2019. The company believes it will eventually employ as many as 400 people.