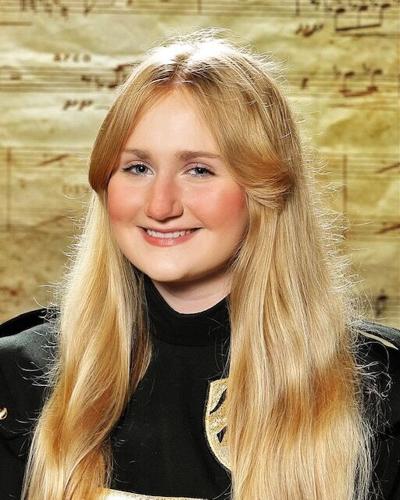 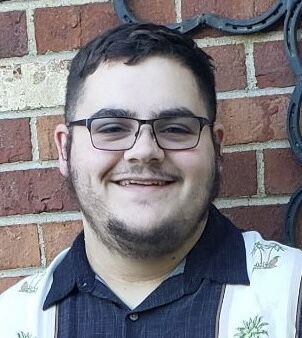 The daughter of Sharon and Brian Reeves, Caroline is a part of the MAAA Honors band, earned a Silver Award at the State Solo and Ensemble Contest, and placed third in the State FBLA competition for sales presentation. She has been the FBLA vice president (2020-2023), BKMB drum major (2021-2023), and the Knights in Action Recycling co-chair (2021-2023).

Caroline has been a member of HOSA for four years, Scholar Bowl team member for four years, National Honor Society for two years and the Knitting Knights for two years. She can also be found in the Loud and Proud Pep Band, as well as High School Band Solos and Ensembles groups.

After graduation from high school, Caroline plans to attend a four-year university to pursue a career as a speech language pathologist. As Student of the Month, Caroline will receive an award of $100 and will compete for the Farmington Elks Farmington High School Student of the Year to be awarded in May.

He has worked with several community projects, including Farmington Tornado Relief, Parkland Hope Center, and the Women's Shelter. Harley is also a math tutor for younger students in the area.

After graduation from high school, Harley will be going to Missouri S & T University for mathematics, data science and programmed game development. As Student of the Month, Harley will receive an award of $100 and compete for the Farmington Elks St. Paul Lutheran High School Student of the Year to be awarded in May.

The Farmington R-7 School District will host a Hall of Fame Ceremony at 2 p.m. Dec. 4, in the Black Knight Fieldhouse on the Farmington High S…

The last time the Farmington Press checked in on Harold Weems was May 19, 2021, when he was still waiting for a donated kidney to save his life.

It’s a whole different set of worlds located in The Factory in downtown Farmington where Ethan Smallen is the proprietor of E&A Collectables.

It wasn’t long after the doors opened at 9 a.m. Saturday for the 17th annual Help The Hungry Bake Sale, people began streaming out of the St. …

This week's Take A Guess may look like some kind of firearm, but it was actually sold as a product that had a very useful purpose. Do you know…

Prepare for what you're getting into before you do

Sunday morning, Nov. 13th started as a normal opening weekend day of deer season in Missouri. Before the day was up, it would first be shroude…

The following materials were added to the Farmington Public Library during the month of November 2022. * Updated 11-17

Ashley Swain, a registered nurse with the John J. Pershing VA Medical Center in Poplar Bluff, has been honored with The DAISY Award for Extrao…