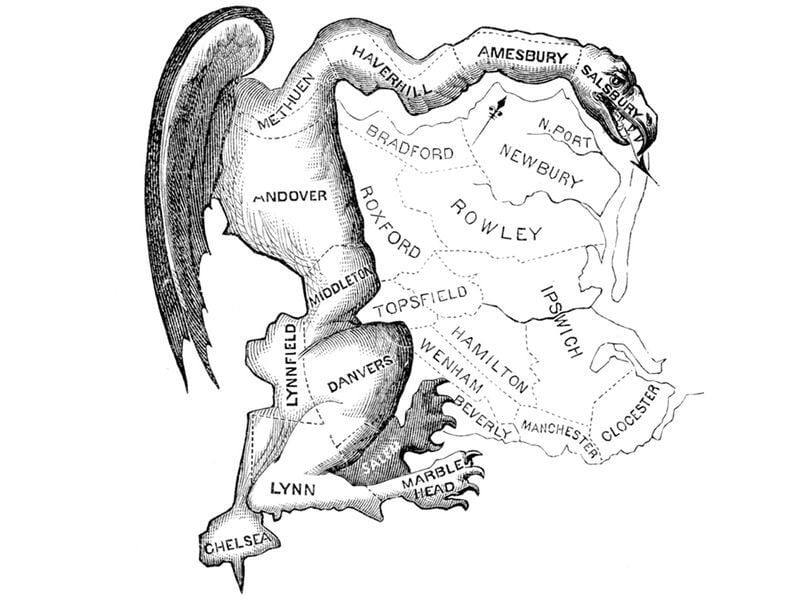 Gerrymandering in the United States has been used to increase the power of political parties. The term "gerrymandering" was coined by a review of Massachusetts's redistricting maps of 1812 set by Governor Elbridge Gerry that was named because one of the districts looked like a salamander. 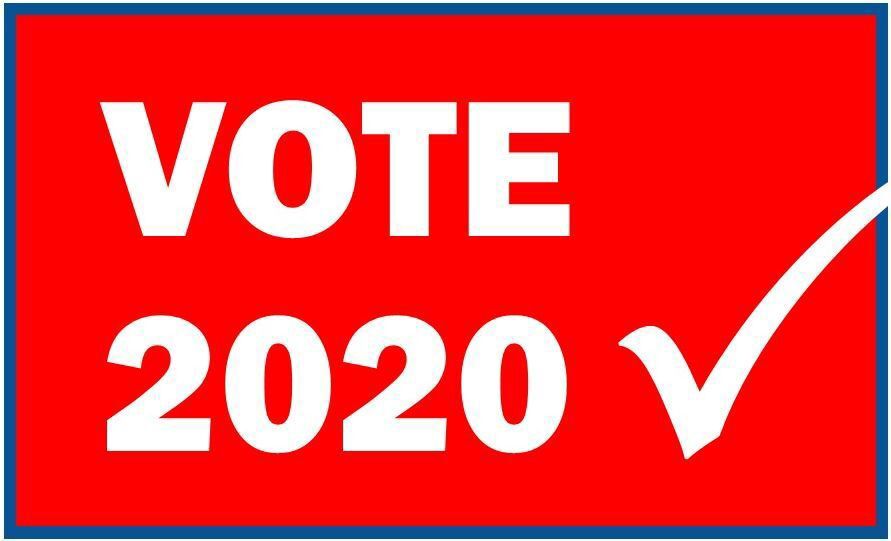 Missourians are already casting their ballots, and one of the issues they face is Amendment 3. Amendment 3 is a state legislators’ initiative to re-run the “Clean Missouri” amendment which had been approved by 62% of Missouri voters — including a majority of St. Francois County voters — in 2018.

Amendment 3’s passage would roll back some of the changes voters approved to the process of redrawing districts when they passed Amendment 1 in 2018. At the heart of the amendment’s controversy is the redistricting plan, which was part of the Clean Missouri initiative, and calls for the appointment of a non-partisan demographer to promote “competitiveness” and “partisan fairness” as part of the state’s redistricting process.

Speaking in favor of Amendment 3 (rolling back Clean Missouri) is Missouri State Senator Dan Hegeman, a Republican, who sponsored the legislation.

Speaking in opposition to Amendment 3, arguing to keep the plan as passed by the voters in 2018, is Sean Soendker-Nickolson, director of the organization “No On 3.”

Former Republican U.S. Senator and UN ambassador John Danforth condemned the amendment in May in an article in the St. Louis Post-Dispatch, saying, “I was proud to support the Clean Missouri amendment on the 2018 ballot. The amendment changed the state constitution to clean up Missouri politics in various ways, but above all by reducing the role of politics in the way state House and Senate districts are drawn…

"[T]he Legislature must stop its attempts to overturn voters. If it insists on attacking voters, I will vote 'no' on the legislators’ gerrymandering amendment and encourage every Missouri voter to do the same. The integrity of Missouri’s democracy is at stake."

Danforth was an ordained Episcopal priest and helped lead the “Republicans for Amendment 1” coalition in 2018.

“I think all lobbyists’ gifts should go away," Henderson said. "I’ve actually voted on the house floor twice to ban all lobbyists’ gifts, and it didn’t get through the Senate. I did it my first year and my second or third. When it said ‘Clean Missouri,’ that’s what everyone focused on. The redistricting thing, I think some people didn’t understand what that could mean.

"Do people down here really want a St. Louis person representing them who doesn’t maybe understand the issues we deal with down here? I don’t think so, not here in rural Missouri. This is our chance to give voters another shot, and say, ‘Is this really what you want?’ and if it is, that’s the end of it.”

“If Amendment 3 does not pass, then a sole state demographer chosen by a partisan state auditor will draw the new district lines for the Senate and House of Missouri,” Gannon said. “The goal of the demographer is to make the districts 50% Republican/ 50% Democrats. The district doesn’t have to be contiguous.

"So that means there could be thin district lines from St. Louis or Kansas City to Lebanon or other rural areas, and your representative and senator could be from a total different area of the state. Amendment 3 will change the redistricting process which would be done by a bipartisan commission appointed by the governor. It makes much more sense for the governor to appoint a team of Democrats and Republicans to work together to create fair, balanced districts, versus the state auditor naming a single demographer to draw lines that could disenfranchise certain communities.”

“Once it is fully explained to them, everyone I’ve spoken to says, ‘I didn’t know the amendment would have that kind of effect. I don’t want that.’” Wright said. “…Legislators, on both sides of the aisle, are not disregarding the will of the people. We are not taking the vote on redistricting into our own hands. We are merely taking it back to the people for a vote.”

Wright said Clean Missouri, although it was backed by some renegade Republican leaders, was an initiative put forth by “liberal, out of state partisans” in hopes that similar redistricting efforts would sweep the country. He acknowledged that some portions of the amendment had been beneficial, and are kept in Amendment 3—reducing lobbyists gifts and campaign contributions, for instance. But largely, he’s against the redistricting portions of Clean Missouri.

“Clean Missouri is scheduled to take effect in 2022 and will become part of the Missouri Constitution and will be the law of the land,” Wright said. “In my opinion it invites gerrymandering by either political party. Amendment 3 will be voted on by the people on November third and would keep redistricting in the hands of a panel equals with equal voting rights. Either one takes a vote of the people to reverse the model.”

Rep. Rick Francis, 145th District, said Amendment 3 would give redistricting power to a bipartisan commission of 20 people— 10 Republicans and 10 Democrats— appointed by the governor from nominations made by the two major parties’ state committees.

“Opponents of Amendment 3 claiming it’s gerrymandering are not well informed,” Francis said. “…Having a bipartisan commission making decisions and not having a single unaccountable demographer appointed by the auditor will prevent gerrymandering.”

“It’s a constant battle between rural and urban right now," Dinkins said. "If all our representation is from the urban areas there will be no one to fight for rural issues and our way of life. How often do you think our representative from STL or KC will visit Iron, Reynolds, or Wayne County? If ever…All communities deserve to be represented by a like-minded individual from their own community. One who understands gravel roads, feral hogs and pickup trucks with gun racks in the back.”

Local Democrat Al Sullivan, who for decades has drawn district lines for Mineral Area College, said Monday that Amendment 3 is “another example of the supermajority, Republican legislature going against the public’s will.”

He added that a hidden part of Amendment 3 does not allow for court challenges to address any gerrymandering that might take place.

“The political power rests with the people, and the people choose representatives to represent them, but it doesn’t take away the power of the people,” he said. “The people have already spoken on some of these issues by getting up a petition, putting it on the ballot, having it overwhelmingly accepted, and now the Republicans are trying to undo it under disguise.

"And this is not the only issue in which they’re thwarting the will of the people. They’re trying to un-do the Medicaid expansion that was just passed. To me, it’s repugnant the supermajority would essentially say, ‘Well, we don’t care what the people voted for. We don’t think they’re smart enough to know what to vote for. We’re going to take it and re-do it our way.’

According to the Clean Missouri website, national redistricting reform experts have reservations about Amendment 3.

"Amendment 3 would make Missouri the worst state in the country when it comes to gerrymandering," the website quotes Josh Silver, executive director of RepresentUs, as saying. "Politicians and their friends should not draw district lines behind closed doors. The voices of Missourians would be stifled for the next decade if this passes. Politicians are putting their interests first with Amendment 3, but citizens have the opportunity to remind them who is in charge by voting no."

Justin Levitt, a redistricting expert and Professor of Law at Loyola Law School, said the amendment was “a sneaky attempt by operatives to undo so much more. The rules it would put in place ignore who the people of Missouri are, and undermine real representation of the communities in which they live.”

According to the Princeton Gerrymandering Project’s data analysts, Amendment 3 was said to lead to worse gerrymanders, according to the Clean Missouri website: “Preventing plans that unduly favor one party over the other, and ensuring representation of all people, are both necessary parts of a fair redistricting process. The Project concludes that Amendment 3 is a sharp turn away from representative democracy.”

Gerrymandering in the United States has been used to increase the power of political parties. The term "gerrymandering" was coined by a review of Massachusetts's redistricting maps of 1812 set by Governor Elbridge Gerry that was named because one of the districts looked like a salamander.