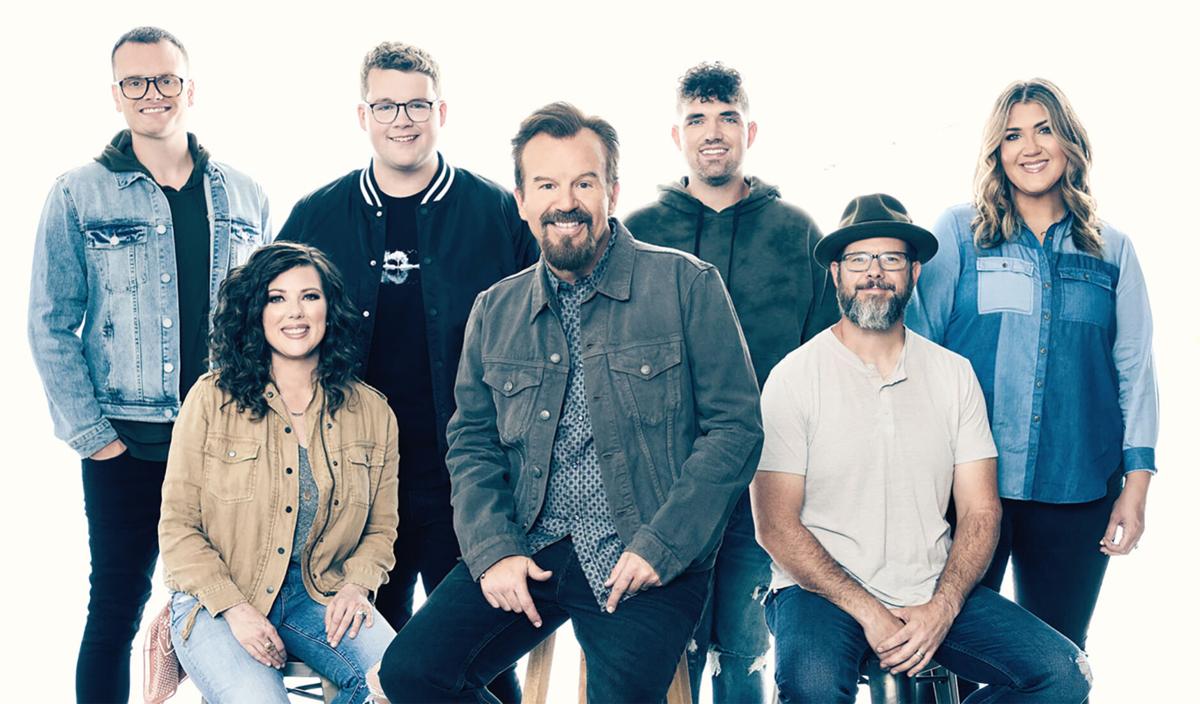 The popular Christian Contemporary Music group Casting Crowns will be bringing its music ministry back to Farmington's Centene Center this Saturday. Tickets can be purchased at itickets.com. Doors open at 6 p.m. For more information, call 573-756-0900. 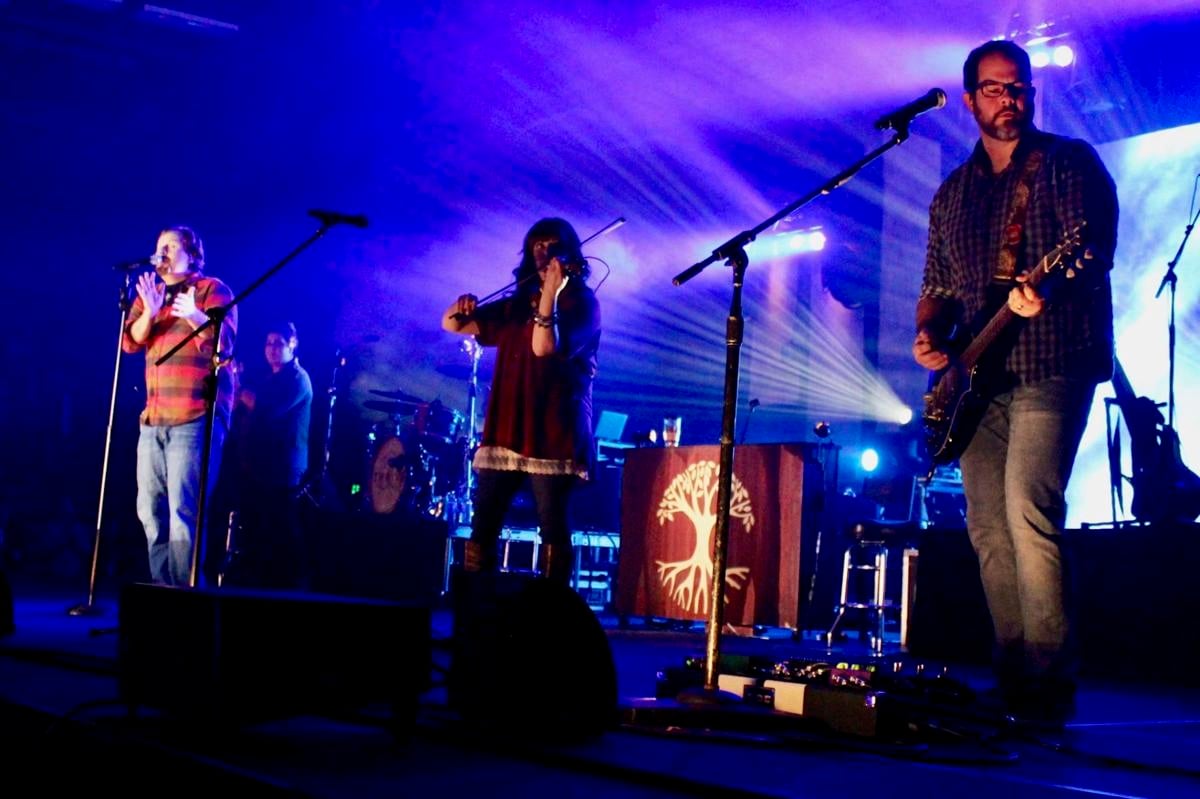 Award-winning Contemporary Christian group Casting Crowns performs on the final night of its Thrive Tour before a full house of excited fans in November 2015 at the Centene Center in Farmington. 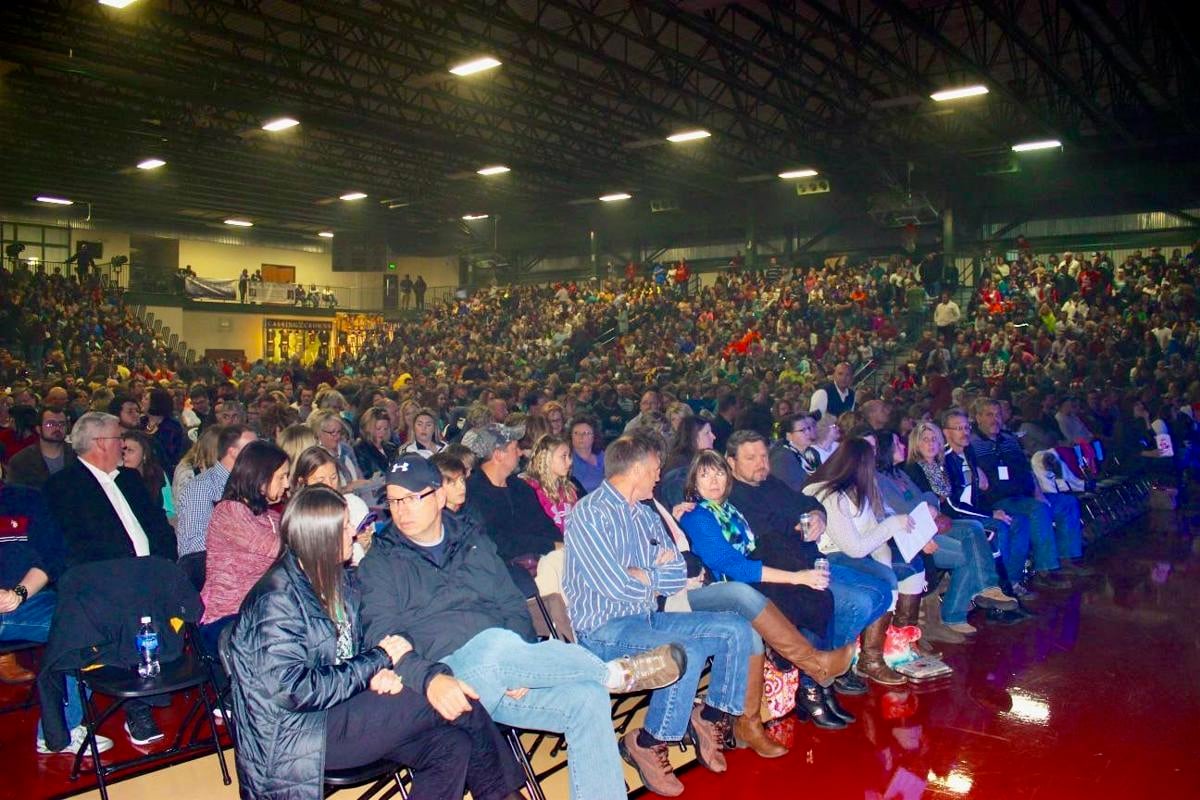 Casting Crowns is a popular Christian band throughout the United States, and especially in southeast Missouri. The Centene Center was jam-packed with fans at its 2015 concert.

Mark Hall became a part-time youth pastor at age 22. But he says he wasn't a very good teacher.

So, he found Christian songs by artists such as Steven Curtis Chapman and Wayne Watson to go along with his teaching. He sang those songs and showed the scriptures tied to those songs to his youth members.

"That's how I taught for a while until I finally started writing my own songs," he said. "Then I started singing those songs aloud for my kids at my youth group."

Hall's dad was saved when he was around 8 years old. He took his family to church, and Hall soon followed in his father's footsteps when he accepted Christ as his savior at age 9. He grew up in church with his mom as leader of the children's church and his dad singing in the choir.

According to Hall, Christian songs are what drew him to God because he's dyslexic and has Attention-deficit/hyperactivity disorder (ADHD). He didn't read the Bible much, but he did listen to music.

"When I discovered songs that were honest and passionate, and they were about Jesus, it just connected with me," he said. "I wanted to know where those verses came from. That's how God talked to me."

He has continued his role as youth pastor since he began and now has about 300 kids in his youth group at his church in Georgia.

The group's discovery began back when they made CDs of their music for their youth group to give out to their friends. A college student named Chase Tremont who attended First Baptist Church in Daytona Beach went to college and met Mark Miller at a basketball game. When Tremont found out that Miller was lead singer of the country music band Sawyer Brown, he told Miller he had to listen to a CD from his youth pastor.

Miller just happened to be on vacation with Christian music singer, songwriter and producer Steven Curtis Chapman. Miller shared the CD with Chapman. The pair then called Hall from the beach to tell him that Miller wanted to sign Casting Crowns as the first band to his newly formed record label Beach Street Records and Chapman wanted to produce the album.

The local church in Georgia has been Casting Crowns' base for 20 years. The band relocated from Florida to Stockbridge, Ga., in 2001.

They're now traveling across the U.S. with their "Only Jesus" tour. The tour was scheduled to originally begin in the spring but was postponed to this fall due to the continuing COVID-19 pandemic.

Christian singer-songwriter Matthew West is opening for Casting Crowns. He has released five studio albums and has been nominated for five Dove Awards. Three of his most known songs include "More," "You Are Everything" and "The Motions."

"When a tour kicks off, all the universal laws are involved," said Hall. "For some reason, the first two weeks of a tour, it's full-on. It's always tough when we first start touring again."

He said the band normally tours Thursday, Friday and Saturday and is usually at home on the weekends. This gives him the chance to spend time with his youth group.

When the group is on tour, Hall's family travels with him.

"We've been together since the start," he said. "The only 'normal' they know is home for half the week and on the bus for the other half."

He said this schedule balances for his family, and they love doing it together.

Recently, son John Michael joined the group as bass player. Daughter Reagan supports wife Melanie with production assistant duties. Daughter Zoe takes care of on-screen media during the shows, while daughter Hope focuses on homeschooling and helps when she can.

Hall has a personal connection to each band member, including Garrett. She is married to Ryan, a youth pastor, who was in Hall's youth group at one time.

The band shares these connections and personal experiences through their music. Their songs have stories behind them and are about real-life people and their experiences.

Out of their 10 albums, Hall estimates he's written more than 100 songs. Although it's difficult to narrow down the songs to his favorite, he said "East to West" is from the album "The Altar and the Door" from 2007.

"That song took me about seven years to write it," said Hall. "I had read the verse 'cast our sins from east to west,' and I knew God's words said that, but I just didn't know how that worked."

He had many questions. How far did God love him? How far was he willing to go?

"I remember that being a chorus that I wrote in my head," he said. "It was years later that I knew the answer to that. I was showing it to a friend of mine, and I remember singing the course and saying, 'But I know how far it is.' It just came out in the middle of talking."

"Here I am, Lord, and I'm drowning in Your sea of forgetfulness. The chains of yesterday surround me. I yearn for peace and rest. I don't want to end up where You found me … Jesus, can You show me just how far the east is from the west? 'Cause I can't bear to see the man I've been come risin' up in me again."

As Hall reflected on Casting Crowns' success, he said he's very thankful. But he doesn't think they are saying anything or doing anything "new or better than anyone else that's out there."

"We're just really blessed that God is using our music and people are listening to us and we're singing songs that aren't distracting," he said. "We want to sing you a song that even though one day it might not be fine, we're singing songs about truth."

Hall had one of those days that wasn't "fine." When he received a shocking diagnosis of kidney cancer in 2015, he struggled with asking for prayers himself. He was the one who provided strength for his family, his band, his church, his youth group. Now he felt overwhelmed and vulnerable.

"That was the bigger lesson I had to learn, that I could get through this with God and support of my family and friends," he said, "and I had to let go of my pride to allow people to love on me."

Hall wrote the powerful song "Oh My Soul" in 2015 on the night he found out he had cancer.

The emotional lyrics are deeply personal and resonate with listeners.

"Oh, my soul. Oh, how you worry, Oh, how you're weary, from fearing you lost control. This was the one thing you didn't see coming. … There's a place where fear has to face the God you know. One more day, He will make a way. Let Him show you how, you can lay this down 'cause you're not alone. Oh, my soul, you're not alone."

Hall now shares his story about cancer at each concert.

The band's latest song, "Scars in Heaven," debuted in June from their newest album titled "Healer" which comes out in January. Seven songs will be released while seven additional songs will come out a few months after that.

The group has many well-known and impactful hits including "Thrive," "Voice of Truth," "Lifesong," "Until the Whole World Hears," "Who Am I," "Praise You in This Storm" and more.

When Casting Crowns performs this Saturday at Farmington's Centene Center at 7 p.m., attendees will hear their favorite songs.

"We're going to sing songs from every record," said Hall. "We'll also do two or three new songs you haven't heard, and you get to hear stories. Our concerts are very interactive because all the lyrics are on the screen."

He said attendees can take friends with them who may not know who the band Casting Crowns is, but "they're going to hear the gospel very clearly."

"For me, I want people to see that we're just like them," said Hall. "I never want people to feel just talked down to. I'm very open about my limitations, fears and failures because I need people."

He said if attendees leave the concert and are only impressed with the musicians, "then that doesn't do anything for them. We really need them to see we are really less than ordinary. If Jesus can save us, he can save anybody."

Doors open at 6 p.m. Saturday. Tickets can be purchased at itickets.com. For information, contact the civic center at 573-756-0900.

For band updates go to CastingCrowns.com.

According to Google Maps, for a person to take a drive from Farmington to San Diego, California, is a very lengthy 1,796 miles.

FSCB president is no fan of proposed Biden plan

As part of the $3.5 Trillion Reconciliation Budget being crafted now in Washington, D.C., a section has been included that will, if passed, re…

The city of Farmington worked on several items of business during their city council meeting held on the evening of Thursday, Oct. 14 in the c…

Farmington Elks Lodge 1765 has announced the names of Farmington and St. Paul Lutheran High School’s Students of the Month for October.

From Farmington to Thailand and back home again

The popular Christian Contemporary Music group Casting Crowns will be bringing its music ministry back to Farmington's Centene Center this Saturday. Tickets can be purchased at itickets.com. Doors open at 6 p.m. For more information, call 573-756-0900.

Award-winning Contemporary Christian group Casting Crowns performs on the final night of its Thrive Tour before a full house of excited fans in November 2015 at the Centene Center in Farmington.

Casting Crowns is a popular Christian band throughout the United States, and especially in southeast Missouri. The Centene Center was jam-packed with fans at its 2015 concert.