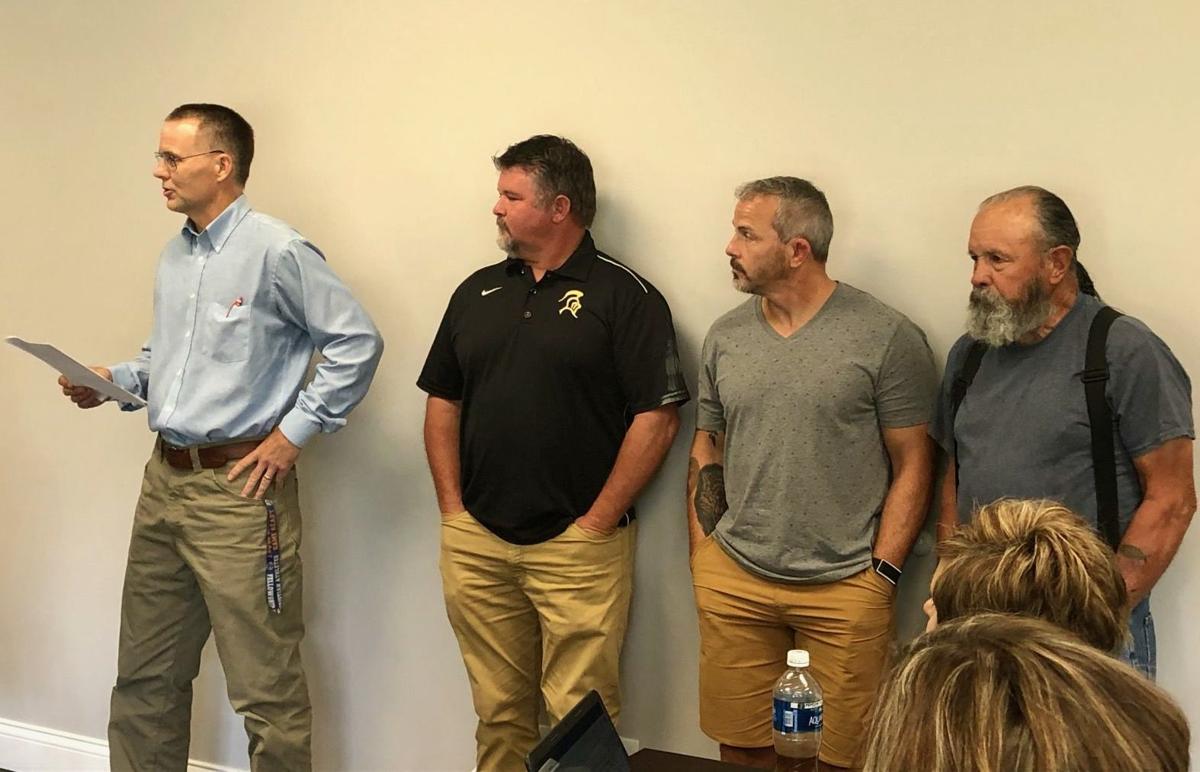 During a special meeting of the Farmington Board of Education held June 26, Athletics/Activities Director John Bacon recognizes the significant contributions made by the Krause family to the school district's wrestling program over several decades. Pictured, from left, are Bacon, Mark Krause, John Krause and Jim Krause. 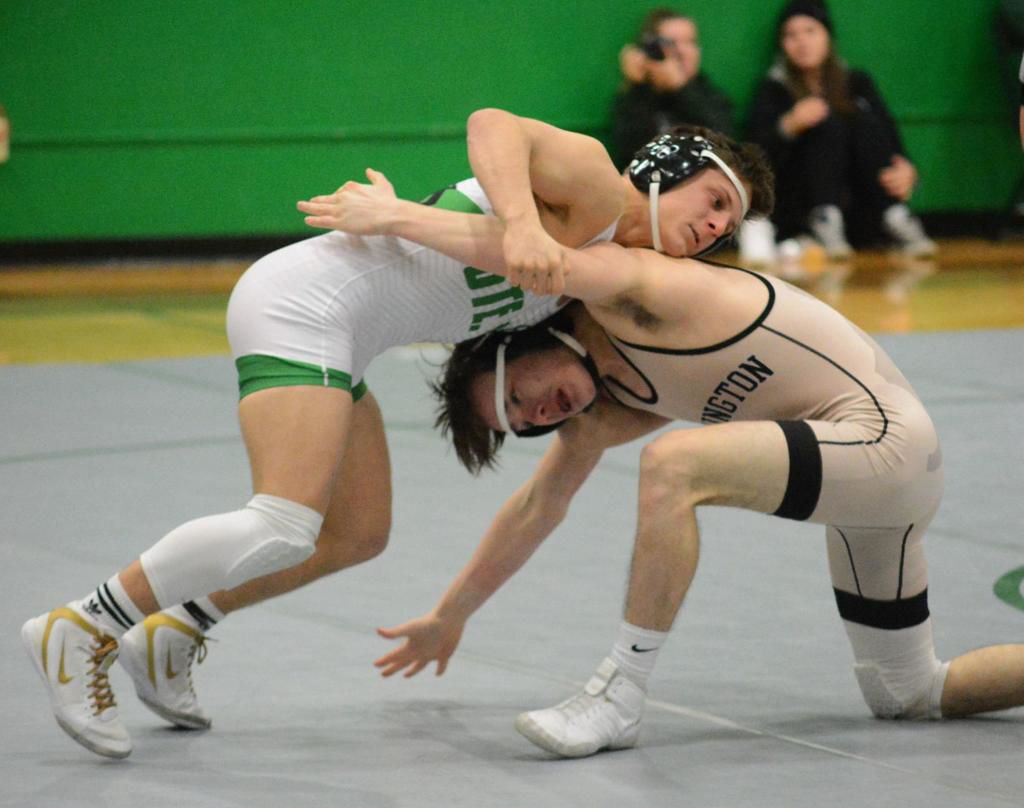 At the conclusion of his presentation last week honoring the Krause family, Athletics/Activities Director John Bacon recommended that the board of education officially name the wrestling building the "Krause Wrestling Complex."

During the Farmington Board of Education's special year-end session held June 19, Athletics/Activities Director John Bacon recognized a local family that has had a significant influence in the district’s wrestling program and announced that the high school's wrestling building would be renamed in their honor.

Addressing the board, Bacon said, “We are here today because the Krause family name has been synonymous with wrestling and they have been the driving force behind the success of the Farmington wrestling program for over 35 years,” he said. “I recently was talking to the former head wrestling coach of the Mizzou Tigers from the early '80s, and after introducing myself, his first question was, 'Hey, is the Krause family still around Farmington and are they still involved in wrestling?'

"He went on to tell me about what an impact the Krause family has had on wrestling in Farmington and the state. I fully agreed with every good thing he had to say. Further evidence of this impact is that the National Wrestling Hall of Fame, Missouri Chapter, honored the Krause family as recipients of the 2017 Family Circle Award for their contributions to the wrestling community.

"Most telling, however, is what happens any time you attend a wrestling event and one of the Krauses — usually all of them — are there. Time after time, former athletes approach these men to reconnect with one of the important influences in their lives.

"From the beginning, Jim Krause was essential to the growth of wrestling in Farmington. He established the Mineral Area Wrestling Club in 1984 and has been a huge supporter of wrestling ever since, volunteering countless hours and expertise to teach the sport not only in Farmington, but also across the state and throughout the United States. As an example of his dedication and commitment, Jim attended every Southern Plains and USA Nationals Wrestling Tournament for 25 years.”

Bacon turned his attention to Jim’s sons — both of whom are members of the Farmington School District staff — discussing their accomplishments in the school district's wrestling program.

“Like their father, Mark and John Krause have taken leadership roles in Farmington wrestling — serving as the head coaches of the Farmington High School Wrestling Team for the past 22 years, as well as leading the local Mat Rats program," he said. "Through their hard work and commitment, FHS wrestling has produced three team state championships, 11 top-four finishes as a team, 21 team district titles and nine SEMO Conference Team titles. Additionally, they have coached many outstanding individual wrestlers, including 28 state champions, 19 state runner-ups, and 120 medalists.

“Even today, the wrestling program continues its storied success on the mat. And just as importantly, they are leading the way at FHS athletics in developing the mental approach to sport, injury prevention and character development.

"They continue the proud Krause family tradition of developing young athletes into people of character. Our wrestling building is a great place for the kids of our community to develop as wrestlers. It has plenty of room to workout, is well outfitted and has all the amenities. But no matter how good the physical building is, it is the people inside of the building that make the difference in young people’s lives.

"Therefore, due to the Krause family’s commitment to wrestling and their impact on so many young Farmington lives, we would like to recommend to the board of education that we honor this family by officially naming the wrestling building the ‘Krause Wrestling Complex.’”

Bacon concluded the recognition by thanking the men for all they have done and continue to do for the young people of Farmington.

This week's Take a Guess was a possession of some women beginning in the Victorian era and continuing into the 1920s. Any idea what it might b…

Looking back at 200 years

A St. Louis TV news anchor with personal ties to the city of Farmington has written a new book, “Missouri: An Illustrated Timeline,” in celebr…

With the startup of the 2020-2021 school year, the Farmington School District (FSD) will be implementing what they call the “Return to Learn!”…

This story originally appeared in the Friday, July 7, 1950 issue of The Press. – Editor

During a special meeting of the Farmington Board of Education held June 26, Athletics/Activities Director John Bacon recognizes the significant contributions made by the Krause family to the school district's wrestling program over several decades. Pictured, from left, are Bacon, Mark Krause, John Krause and Jim Krause.

At the conclusion of his presentation last week honoring the Krause family, Athletics/Activities Director John Bacon recommended that the board of education officially name the wrestling building the "Krause Wrestling Complex."