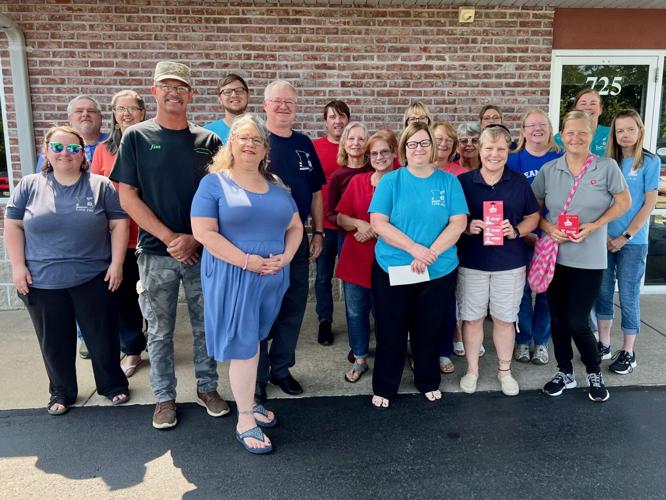 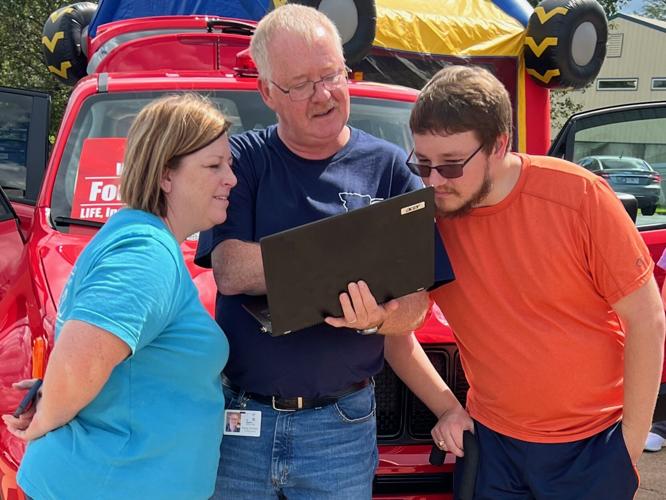 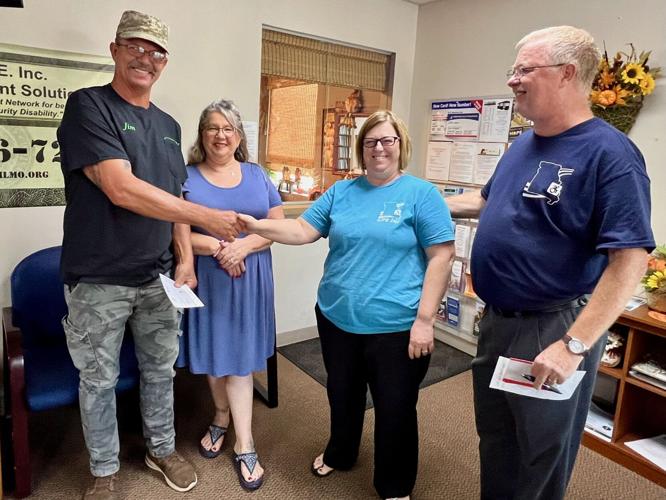 When Jim Deimund of Ste. Genevieve bought chances in a car raffle that were being sold by Farmington’s LIFE Center for Independent Living, with the prize being a brand new Jeep, he initially didn’t even want the tickets for which he’d paid.

“In 30 years, we’ve bid on a lot of car raffles and never won,” he said. “When I was paying for the raffle tickets, I said, ‘Don’t even worry about them. Here’s a $100 donation, and Theresa [Scherer, Life Center’s director of employment network] said, ‘No, fill out the tickets.’ I said, ‘Oh, whatever.’ I thought I was wasting my time, but boy, I sure wasn’t!”

Jim and his wife Mary were at the LIFE Center office on Karsch Boulevard in Farmington Tuesday afternoon to pick up a check for $18,000, less taxes, which they had chosen to take as their grand prize rather than the Jeep, after their name was chosen Saturday afternoon during the drawing held at Pettus Chrysler Dodge Jeep Ram in Farmington.

The dealership sold the car to the LIFE Center at a discount to use for the fundraiser, with the stipulation that it would buy the car back if the non-profit was unable to sell enough raffle tickets to cover the cost of the car or if the winners decided to take the cash prize instead.

Asked what the couple was going to do with their prize money, they said they were going to use a portion of it to make a return trip to Jamaica.

“We had a great time when we went to Jamaica for a vacation, and we’re looking forward to going there again,” Mary said.

The winners were all smiles as LIFE Center Executive Director Pauline Niehaus and Randy Windsor, LIFE Center marketing director, handed out the prizes and posed for photos while surrounded by center employees.

According to Niehaus, the fundraiser had been an exciting one, but in the end, the LIFE Center was pleased with the amount of money raised in the endeavor.

“We were very scared there for a little bit, but here in the last few weeks, it just happened for us,” she said. “We’re planning to put the money we raised back into our budget for the building of ramps and to purchase medical equipment.”

Windsor said, “This has been a six-month ordeal for us. This is a celebration of our 25th anniversary. I can’t thank you folks enough for all the support you’ve given us and really shown us how much you care.”

Kevin R. Jenkins is the managing editor of the Farmington Press and can be reached at 573-783-9667 or kjenkins@farmingtonpressonline.com

“We were very scared there for a little bit, but here in the last few weeks, it just happened for us.” – Pauline Niehaus, LIFE Center executive director

Saturday, Sept. 10, Hooked on Vets, in cooperation with the Missouri Department of Conservation, put on an event called Veterans Free Fishing …

With daytime temperatures still reaching into the 80s and 90s, it might be a little bit difficult for some Parkland residents to start thinkin…

Take our advice... the next time you have dinner at a seafood restaurant, don't order this! This week's Take a Guess requires that readers giv…

The community forums and grapevines are filled with eyewitness reports of people experiencing mental-health breaks in the Parkland.