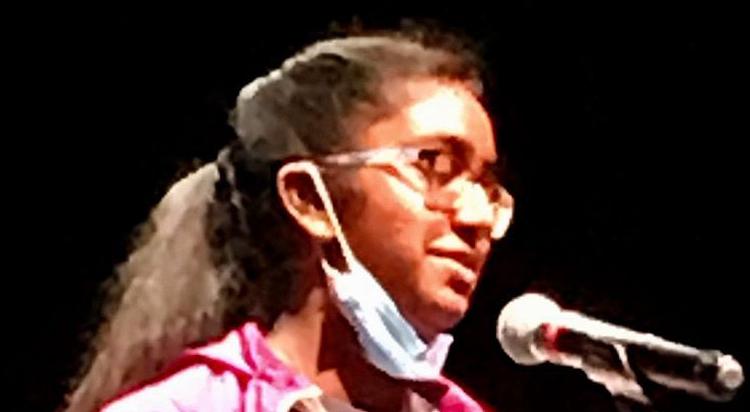 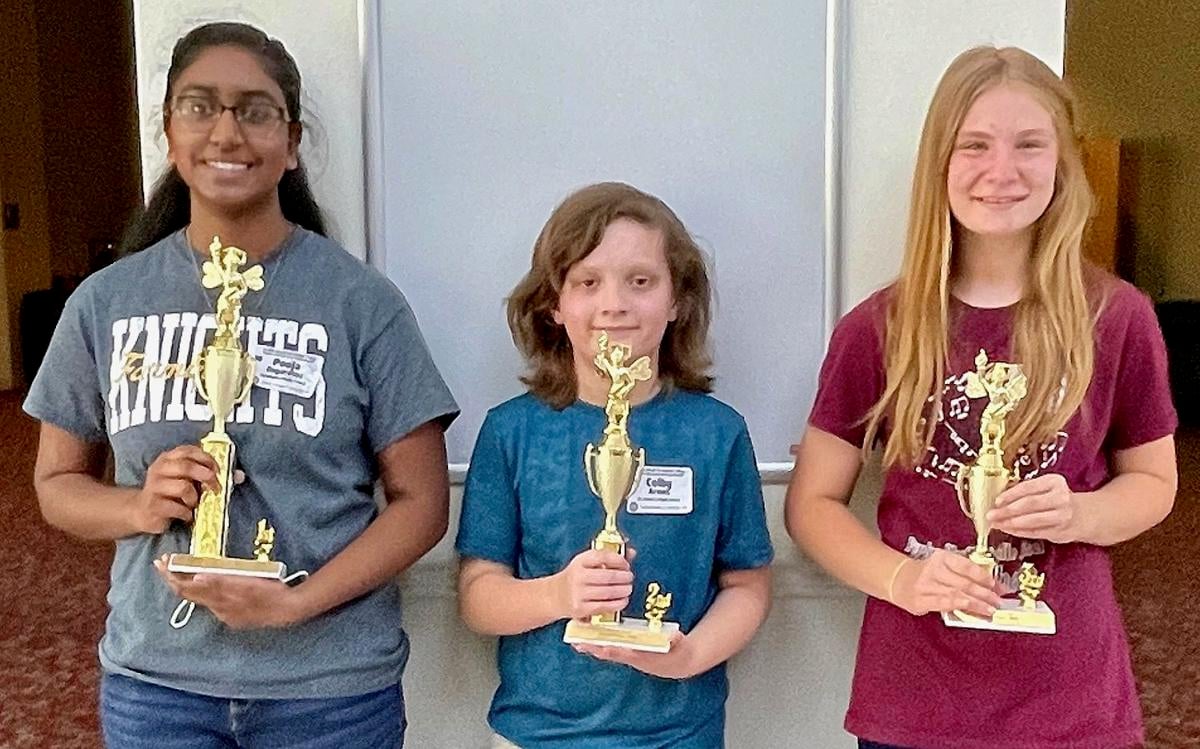 The championship word was “thrall.” Dayaratna will advance to the Scripps National Spelling Bee, which this year will be primarily a virtual event because of COVID restrictions.

Due to COVID, the national spelling bee’s preliminary and semifinal rounds will be virtual. Ten to 12 finalists will meet July 8 at Walt Disney World in Florida for the final event which will be televised on ESPN.

“We all think Pooja has an excellent chance of doing well in the national competition,” said Associate Professor of English Mark Sanders, coordinator of the Southeast Missouri Regional Spelling Bee. “We hope to see her in the finals on ESPN.”

Three Rivers College has sponsored the regional spelling bee event for more than a decade. The competition encourages students to set goals and dedicate time to study and prepare. Participation also provides an opportunity for students to gain experience in public speaking and performing under pressure.

The Scripps National Spelling Bee provides the list of words for the regional competition. The Bee reaches an estimated 11 million students across the country and in other parts of the world with the classroom materials it provides to enrolled schools. The purpose of the Bee is to help students improve their spelling, increase their vocabularies, learn concepts, and develop correct English usage that will help them all their lives.

Many arrests made during past week

This story originally appeared in the April 3, 1931 issue of The Farmington Press. – Editor

One of the few left of a vanishing breed, LeRoy Wade is a Navy World War II veteran who has spent his whole life in Farmington watching it cha…

A different kind of museum

This week's Take a Guess is an antique version of a device still used by people installing a certain something in the home. Do you know what i…

Three dogs and four cats at the Farmington Pound are seeking their owners or new homes where they can be loved and cared for.

In a change of format from last year's event, Hope 4 Autism held its annual "Light It Up 4 Autism" Car Show under sunny skies and temperatures…

The Farmington Kiwanis Club will be holding its annual "Sheila Allen Breakfast with the Easter Bunny" this Saturday.