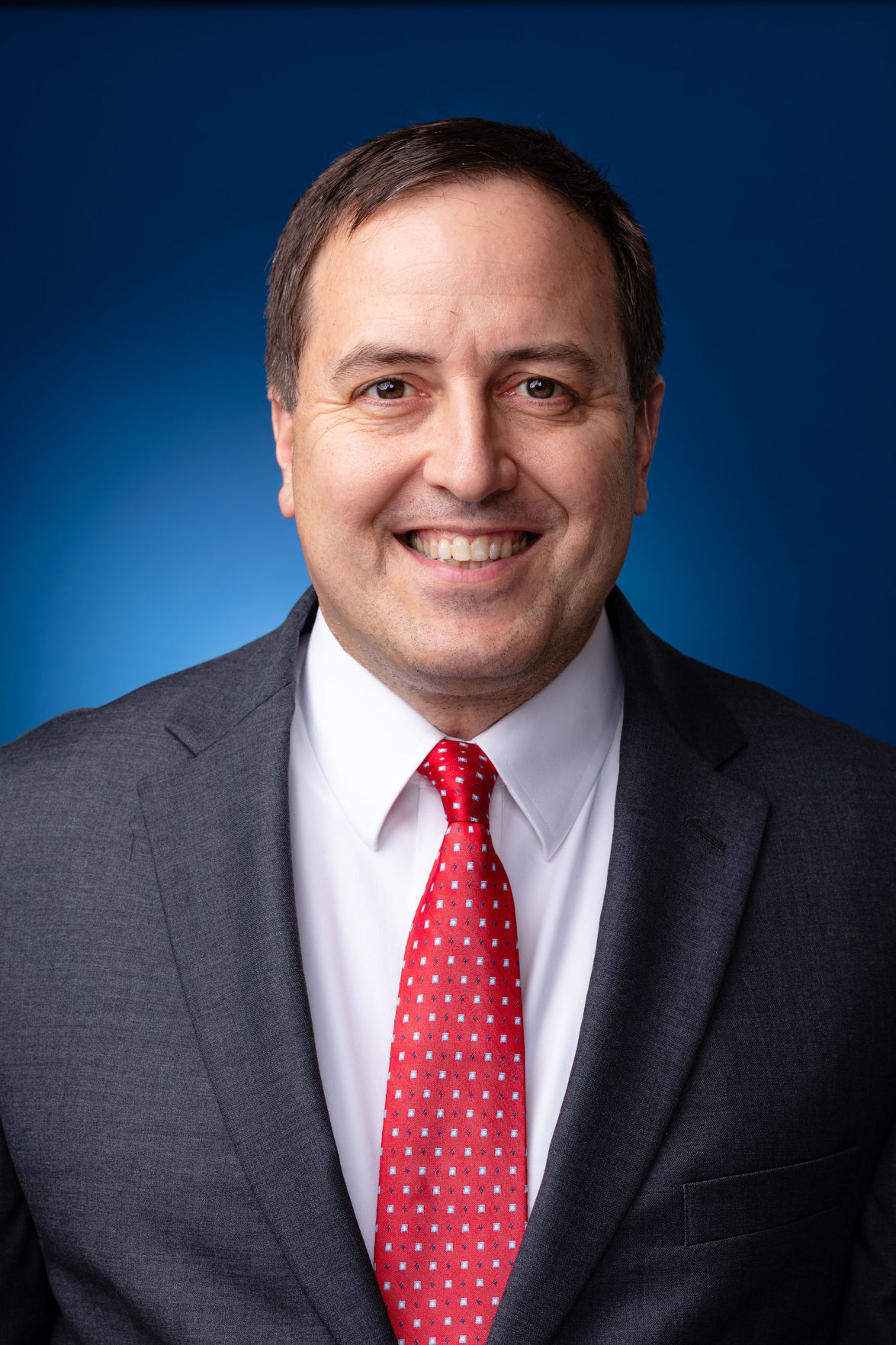 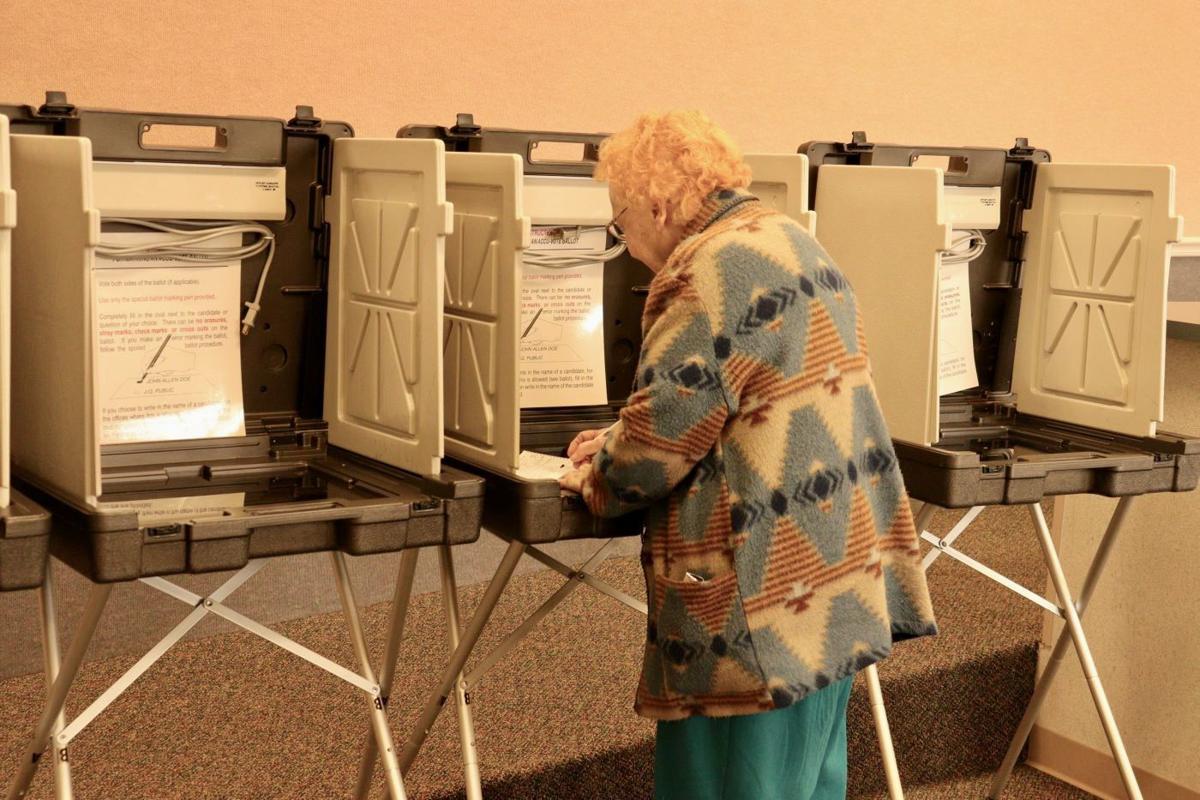 In an interview with The Farmington Press, Missouri Secretary of State Jay Ashcroft discussed recent legislative changes in the state regarding voting and also covered the subject of absentee and mail-in balloting.

In September, Missouri Secretary of State Jay Ashcroft inspected St. Francois County's new election central located in its Weber Road Facility. During the visit, he spoke of some of the issues involved with conducting elections, as well as voter fraud concerns. Ashcroft recently agreed to an expanded interview with The Farmington Press in the wake of current national discussions regarding COVID virus precautions for voting, the call for widespread mail-in voting and the Missouri legislature’s recent changes to voting laws. This is the first of a two-part story. – Editor

“There had been concerns about how easy and safe and how people would react in a COVID environment to voting,” he said. “I had been working with the county clerks and members of the legislature since back in March to try and think of how we might want to see if there was any legislative changes we want to have.

"I supported a House committee substitute to SB552 that also had photo ID enclosed in it. It would have allowed people to do the absentee ballot process if there was a declared state of emergency and they were concerned about COVID-19, and would still need to get the notary. That’s what I supported.”

Ashcroft discussed Senate Bill SB631 which has been passed in both houses and is currently awaiting the governor’s signature.

The bill also added the ability of any voter in the state of Missouri to request a ballot that could be mailed to them that they would then mail back with their vote. This method of voting has some severe limitations in how the ballot can be handled.

These provisions are valid for 2020 election dates only and expire on Dec. 31. Ashcroft noted that to prevent confusion, his office had to modify plans in place to assist county clerks in the absentee ballot returns.

“We had actually ordered 88 ballot boxes for election authorities across the state that wanted them,” he said. “We were open to ordering more, but when we reached out to the clerks back in March, that’s how many people said that they wanted them and the number they needed. If you had an absentee ballot, you could have a ballot box at the courthouse outside where people could drive up and drop it off in a kind of contactless return of the ballot. The mail-in ballots cannot be returned in that manner.

"There’s some real differences there, I’m afraid it’s confusing to the voters, because we have both absentee ballots and mail-in ballots. Who can apply for them is different, how you can apply for them is different, and how you are allowed to return them is different. We are now not going to send out those ballot boxes. We are going to have to find a place to store them until the November election is over because the law makes it illegal to return the ballot — even though there is an official, big, metallic container that has ballot box [printed on it]. We don’t want people to — frankly, I would understand it — put a mail-in ballot in that box, instead of an absentee ballot, and then that mail-in ballot not get counted.”

Even though there will be these temporary provisions for mail-in balloting in Missouri, Ashcroft opposes a nationwide permanent structure of mailing ballots to every citizen that is being proposed in some quarters.

“That’s a logistical nightmare,” he said. “Don’t take my word for it. Ask your local election authority if [they] would like to have the responsibility to mail out a ballot to every voter in their jurisdiction and have to have the poll workers and the equipment and the processes to be able to go through every voter voting by mail — especially with some of those coming in on the last day. It is much slower to count mailed in ballots. You have to have a two person team — a Democrat and a Republican — that open each one of those envelopes, make sure everything is correct, and that based on the envelope the ballot should count.

"They have to go through each ballot envelope individually before it can be counted. It really slows down the process for the election authorities. To really move Missouri to that sort of a mail a ballot out to everybody, we’re talking tens of millions of dollars, according to what electionline.org was saying a month or two ago based on what they said the costs were of moving in that direction. Also, the best way to do an election is in person where people go to their assigned polling places on Election Day and vote.

“When you expand votes that are coming in on that last day that have to be opened up by that bipartisan team, you slow down results. As the number of ballots coming in on that last day increases, it takes longer and longer for us to close an election and know with certainty who won. We run the risk of becoming like what we see in Arizona, Florida and Georgia where there were ballots coming in and the counting was going on through the night into the next day.

"And ‘Oh look, I found some more ballots that were mailed in that [I found] in my car.' Or what if the ballot for some reason by the post office, it gets delayed an extra day getting mailed back and it doesn’t meet the cutoff? Then your vote doesn’t count.”

Ashcroft noted that the push for mail-in balloting is nothing new and considers it more of an issue for political gain as opposed to a convenience option.

“Frankly, most people look at it from a political lens,” he said. “People that are pushing for mail-in balloting, were the people that were pushing for it two years before, and four years before. It’s not about COVID. COVID is seen as an excuse to make it happen. I get it, people are allowed to be partisan. Our elections are partisan. My job is to work on the administration of elections. I don’t do as much as the county clerks do and the boards of election — I want to be clear about that — my job is to support them. The administration of elections has to be non-partisan because people can’t have faith in them if it isn’t."

“If you talk to any expert on cybersecurity or physical security, anytime people show up in person at a specific location it’s more secure,” he said. “It’s the best way that the voter will know that their ballot will count the way they meant it to.

"There’s two things I want to point out there. I think the post office does a high percentage job, but it’s not perfect. We know that ballots get lost in transit coming back. Secondly, with an absentee ballot — because it has to be documented on the outside certain things so that we know that ballot should count — you’re not there if there’s a mistake, if there is a concern, if data is incorrect to correct it.

“If you vote in person, when you take your ballot and slide it through the scanner, you can hear the scanner beep. That tells you that vote has been tabulated. Now, nobody knows how you voted yet, and nobody looks at the total votes in the machine yet, but it’s already been tabulated. If it beeps multiple times, we have equipment that will beep multiple times in certain circumstances, like you left one of the either ballot issues or candidates blank.

"As a voter, it’s your right to leave that space blank if you want to, but you get a second chance because what we found is that most of the time when that happens, it was not intentional. If you vote in person and you make that mistake, you get a chance to correct it. You also can see something like you accidentally voted for two people for the same office or the scanner can’t tell what you meant. You get a chance to correct that. You don’t have that same ability to correct it when you’re not voting in person.”

Absentee or mail-in voting by the military personnel is an exception that Ashcroft considers a valid alternative to the security of in-person voting.

“They are in uniform and they are putting their life on the line to make sure we can live our lives,” he said. “We do need to have exceptions to that, but anytime we make an exception we need to really show that the exception is worth the loss of certainty that every voter is going to get that opportunity to vote — that the vote will be correctly counted, that if they make a mistake on that ballot they will no longer have that second chance.”

The voter must have an absentee ballot envelope notarized except in a few situations. Under SB631, the absentee ballot is exempt from requiring notarization if the voter has contracted COVID or is in a high-risk category for the virus. Mail-in ballots required notarization. Ashcroft explained the reason behind notarizations.

“When you’re mailing in either that mail-in ballot or the absentee ballot, they will go in a special provided envelope," he said. "That envelope for a mail-in ballot has to be notarized for some of the absentee reasons. It has to be notarized, not for the COVID reason. We notarize the ballot envelope, because we want to verify whether or not your ballot should be counted before we know what your ballot says.

“It’s the only real check on whether or not the person is supposed to fill out that ballot actually filled it out. Otherwise, we don’t know that ‘Joe Smith’ just grabbed a bunch of absentee ballots of mailboxes and voted them how ‘Joe Smith’ wanted to.”

Dedication ceremonies for the new St. Joseph School building were held here Sunday afternoon with a large crowd of local parishioners and visi…

When Gov. Mike Parson signed a proclamation this summer, Missouri and 42 other states committed to support the President’s Roadmap to Empower …

A homeless man allegedly set fires in front of two businesses in Farmington on Monday night.

This story originally appeared in the Thursday, Oct. 9, 1980 issue of The Farmington Press. – Editor

In an interview with The Farmington Press, Missouri Secretary of State Jay Ashcroft discussed recent legislative changes in the state regarding voting and also covered the subject of absentee and mail-in balloting.