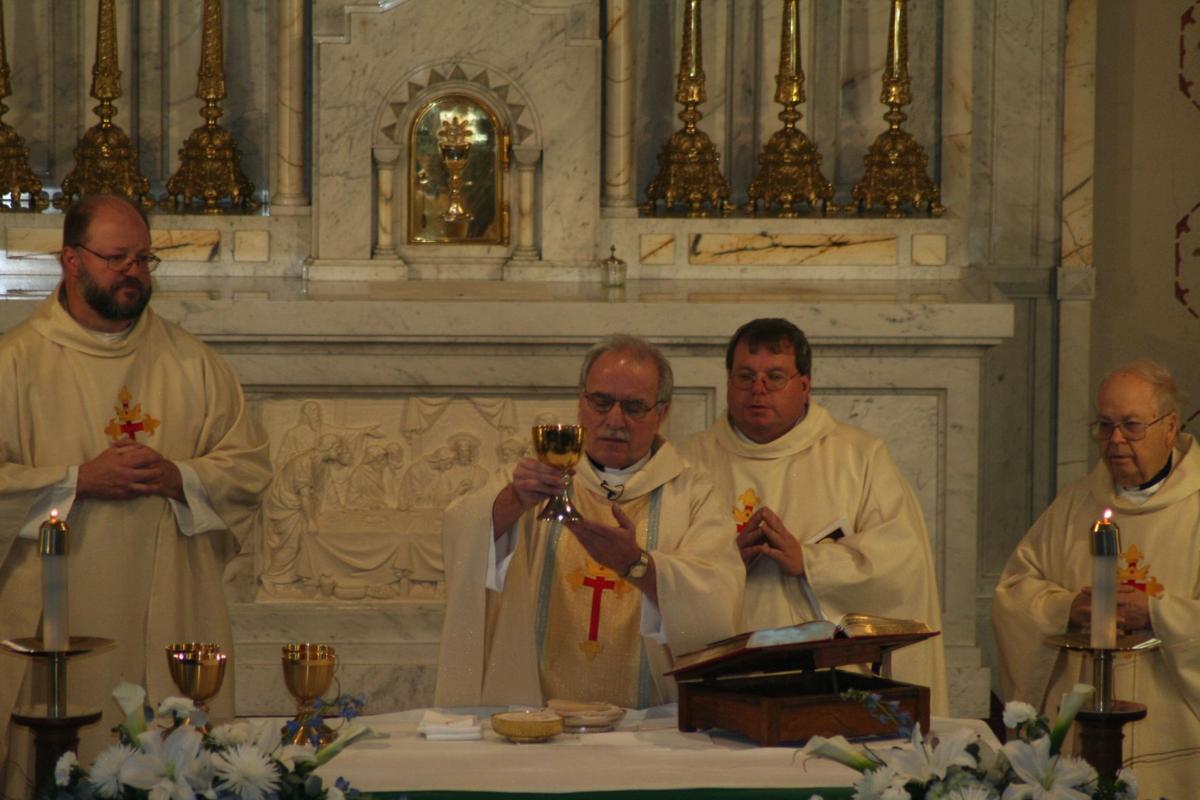 With all the pews and aisles of St. Joseph Catholic Church filled with parishioners, Father Rickey Valleroy celebrated the 25th anniversary of his ordination into the priesthood on Jan. 21. Valleroy has been celebrating mass and taking care of his parishioners at St. Joseph since 2005. 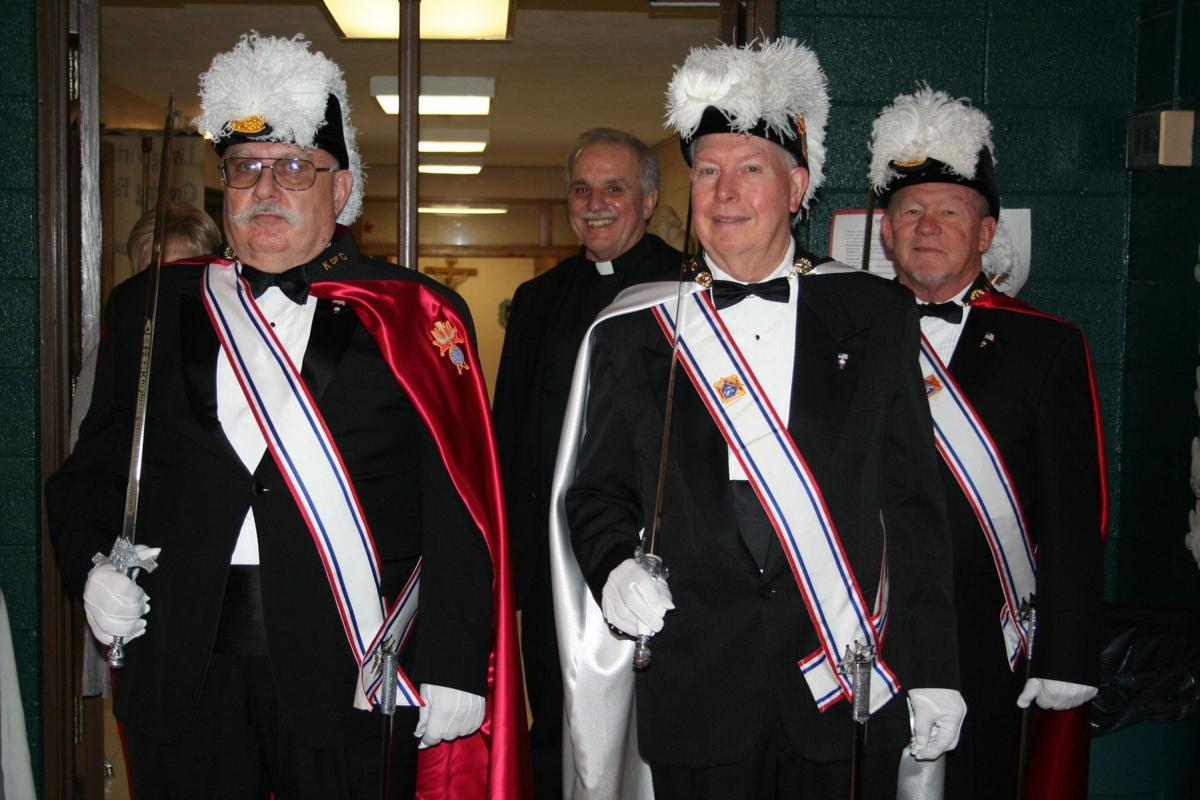 The Cardinal Glennon Assembly of the Knights of Columbus escort Father Rickey Valleroy into the St. Joseph Catholic School gymnasium.

With all the pews and aisles of St. Joseph Catholic Church filled with parishioners, Father Rickey Valleroy celebrated the 25th anniversary of his ordination into the priesthood on Jan. 21. Valleroy has been celebrating mass and taking care of his parishioners at St. Joseph since 2005.

The Cardinal Glennon Assembly of the Knights of Columbus escort Father Rickey Valleroy into the St. Joseph Catholic School gymnasium.

In a show of respect and gratitude, parishioners filled St. Joseph Catholic Church on Jan. 21 to celebrate Father Rickey Valleroy’s 25th anniversary of becoming a priest.

“It truly was an amazing day of celebration,” Valleroy said. “St. Joseph is such an awesome and vibrant parish. I was amazed at the crowd and how far some traveled to be with us. But I think a big part of the joy was that I was able to do it at all.”

In the summer of 2017, Valleroy had three separate medical issues that not only sideline the pastor for quite a while, but were life-threatening as well.

“This past summer I had surgery for a brain aneurysm, followed by two strokes.” Valleroy said. “Honestly, after spending a week at Barnes (Hospital) in the ICU and a week at the Archbishop's residence to be close to Barnes in case of another stroke, there were times this past summer that I honestly thought I would not be able to return to St. Joseph's. But, the people of St. Joseph's were totally awesome.”

Valleroy was not the only one worried about his returning to the parish.

“Father Rickey has done so much for this parish,” said John Thurman, one member of the Knights of Columbus who ushered Valleroy into the church and at the dinner following the mass. “There are so many good things I could say about him. We are truly blessed to have him with us.”

Valleroy’s journey began on Jan. 16, 1993 when he was ordained into the priesthood at the Basilica Cathedral for the Archdiocese of St. Louis. In July of 2005, Valleroy was sent to serve at St. Joseph.

“At the time, my mom lived in Perryville and had some health issues,” Valleroy said. “Archbishop Burke was very kind to let me move to this parish to be close to her. She passed away three years ago.”

According to Valleroy, his is not the typical tenure for the pastor of a church. At St. Joseph, it has been several years since a priest had such longevity.

“Usually an assignment to a parish is six to 12 years,” Valleroy said. “But it has been numerous years ago that we had priest stay that long at St. Joseph's. The longest pastor before me was Father Joseph Gottwald who was here from 1949 to 1960 and at that time we had a vibrant high school.”

A special farewell mass is scheduled for 7 p.m. tonight for members of one local parish to say goodbye to a longtime priest.

Local News. Wherever you are. JOIN TODAY for 90% off.

Get the latest Crime & Courts news in your inbox