Catch the latest in Opinion

Get opinion pieces, letters and editorials sent directly to your inbox weekly!

It’s surprising where you can unearth a childhood memory, as vivid and complete as when it happened. Sometimes, you can hear background noises: a voice or a laugh, and even catch a whiff of the threads of long-forgotten scents.

This most recently happened for me as I was leafing through Jan Karon’s Mitford Cookbook. I turned a page and was startled to see a large image of a bag of Martha White Flour. Amazing! There it was… the old, familiar white bag with the blue and red “Martha White” logo complete with the encircled picture of a little girl.

Since it was used as an illustration used with “Puny’s Cornbread” (recipe to follow) the lower portion of the bag carried the information “Self-Rising CORNMEAL MIX” and a picture of a perfectly baked cake of cornbread with one slice neatly cut and ready to be served; still hot and steaming, slathered with rich, yellow country, butter my tastebuds told me.

The cornbread could have come from the oven of my dad’s old, wood-cooking stove, he kept in our basement, and the home-churned butter fresh from Aunt Ethel and Uncle Henry Detring’s farm. Heaven on a plate! Just the memory and my mouth began watering!

Preheat oven to 425 F. Pour the oil into a 9-inch black iron skillet and place it in the oven to heat for five minutes. In a large bowl, mix the eggs, creamed corn, and sour cream. In a separate bowl, mix together the cornmeal, flour salt, baking powder, and sugar. Add the wet ingredients to the dry and mix well. Remove the skillet from the oven (use a good, heavy potholder) and stir in the hot oil to the batter, immediately pour the batter into the skillet. Place the skillet back into the oven, turn the temperature down to 375F, and bake for 35-40 minutes, or until the top of the cornbread is browned. Remove from the oven and immediately flip the cornbread out onto a plate to serve. (Serve with butter and/or honey.)

I’ve made this recipe several times, and on occasion, I’ve added a few drops of hot sauce just for the little kick it provides. Depends mostly on who it will be eating it.

But the picture of the old bag brought back more than the remembered cornbread. I was also transported back to being 10, going on 11-years old again, recently returned from living in St. Louis and had just started in sixth grade here in Farmington. Somehow, during my year away I had also been advanced an extra grade and found myself now in a class a year ahead of the one I had been with when I previously was going to elementary school here at the, now long demolished, Annie Lloyd School on North Washington Street.

It was a bit of an adjustment for me, as all of my old familiar classmates were still going to school there, while I was now going to middle school classes at the Farmington High School! I wasn’t even in waving or note-passing distance to them now.

Therefore, I was very happy to become a friend of Gloria Giessing and her group. We got along well, she was fun, happy, always pleasant, comfortable to be with, and smart. Her father, Melvin Giessing, was one of the co-owners of Giessing Milling Company on Washington Street, but it made no difference to Gloria. She never acted special in any way.

This was a great relief to me, as my dad was a hard-working carpenter, and we, like the rest of Gloria’s friends, lived a very simple life composed of family, neighbors and close friends who mostly followed the old adage of “Make do with what the Good Lord gives you.”

Gloria’s home was also in the block next to the high school building, so it was a convenient gathering place after school to visit and play before heading to our homes for dinner and homework.

Two other perks for me of the friendship with Gloria was that occasionally her dad would take us someplace in his Cadillac (usually to Ozarks Village Café on the days they had the special chocolate cake he loved) and the other was that we were allowed to roam around the mill if we were careful not to get in anyone’s way and to stay away from the actual grinding operation. Even with these limits, it was an exciting and new experience for me.

We didn’t go often, but when we did, we’d mostly confine our excursions to the mill to the long front wooden porch or the dock area with brief visits inside to the offices to let Gloria’s dad know we were there. I still faintly recall the earthy, country scent of the grinding wheat, corn and other grains and the minute specks of chaff and flour spiraling around in the air currents.

We’d often return to the Giessing home where Pernella, their wonderful cook, housekeeper, provider of treats, hugs, and an occasional scolding, would meet us on the back porch to make sure we removed any gathered dust from our shoes so we wouldn’t track it into her kitchen.

The Giessing Flour Mill did their part during World War I and II by operating 24-hours a day to help supply the flour needed to prepare food for our servicemen and women. Our local electric train, often referred to as “The Toonerville Trolley” after a comic strip of that day, was kept busy hustling from our two local mills to the train station in Delassus where the flour was shipped by train to large baking concerns across the country; some to be made into bread for American consumption, but mostly into biscuits for K-rations to be sent to the troops stationed around the world.

Still occasionally zinging through my brain is the remembered sound of Gloria repeatedly singing a Martha White commercial that was, I think, sung sometimes by local singer Johnny Rion on our radio station, KREI. I don’t recall the words except it was about biscuits made with Martha White Flour, with a line or two about biscuits in the morning and biscuits in the evening and ended with a heartfelt “Goodness gracious but they’re good!”

Johnny Rion went on to sing many much better-known songs and become a very well-known country singer, even appearing on the Grand Old Opry.

So many memories came pouring in just from seeing that print of a Martha White Flour bag that I went online to see if I could find anything about the flour. I was surprised to learn that Martha White Flour was actually a well-known American brand made in mills all over the country!

I had always been under the assumption that it was a local flour and unaware that it was also made at other mills and sold nationally by one large company. When you’re 10, going on 14 you don’t spend time wondering or asking questions about things like that. The flour was made here, so it was local. That was enough to know.

Being well past the 10-year-old mark now, I did a little research on the national company. It formed an entirely new image of Martha White Flour for me.

“Martha White is an American brand of flour, cornmeal, cornbread mixes, cake mixes, muffin mixes, and similar products. The Martha White brand was established as the premium brand of Nashville, Tennessee-based Royal Flour Mills in 1899. At that time, Nashville businessman Richard Lindsey introduced a fine flour that he named for his daughter, Martha White Lindsey.”

The Martha White brand is probably most associated with its long-term sponsorship of the Grand Ole Opry, a radio program featuring country music. The relationship began in 1948 and has existed continuously since then, making it one of the longest continually running radio show sponsorships known.

A jingle for the flour was first performed from the stage of the Grand Ole Opry by bluegrass music artists Flatt and Scruggs. It is still in use today, having become a bluegrass standard. In 1972, Tennessee Ernie Ford became the spokesman for the flour, with the catchphrase, "Goodness gracious, it's pea-pickin' good!"

Martha White has been merged, spun off and sold several times since 1975 when it first merged with Beatrice Foods. Since 2018 it has been owned by Hometown Food, a division of Brynwood Partners.

It is still sold at Walmart Stores… so it’s possible that Martha White has come home to Farmington as you can find it on the shelves of our local Walmart store. Then maybe the next time you make biscuits or cornbread you might find yourself saying, “Goodness gracious… but they’re good!”

Catch the latest in Opinion

Get opinion pieces, letters and editorials sent directly to your inbox weekly!

What goes up doesn’t always come down

The old adage of "What goes up must come down" seems to have been changed in this out-of-kilter decade. Now things that continually go up in p…

Preaching Mother’s Day messages are hard for me. I approach them with the same desire as every Sunday — to faithfully share God’s Word. Howeve…

Is prayer just a good intention?

“And another angel came and stood at the altar with a golden censer, and he was given much incense to offer with the prayers of all the saints…

Use the write spelling

I really have a problem with words that are spelled incorrectly. It almost hurts, and I know that’s crazy. But I can't help it. All around me,…

It’s really about giving and putting others first

John was in the mood for a favorite food. He strode into the local supermarket chain and stopped cold.

Dealing with anxiety when the world's a worrisome place

The world has become an anxious, worrisome place. Anxiety has been escalating on a near-vertical trendline — currently, 40 million adults in t… 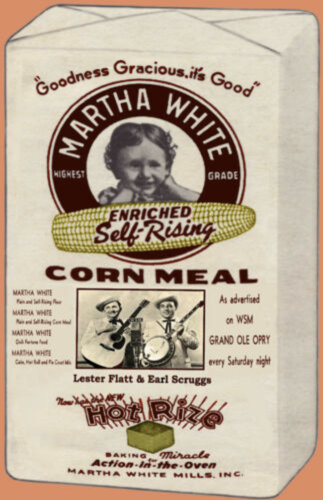 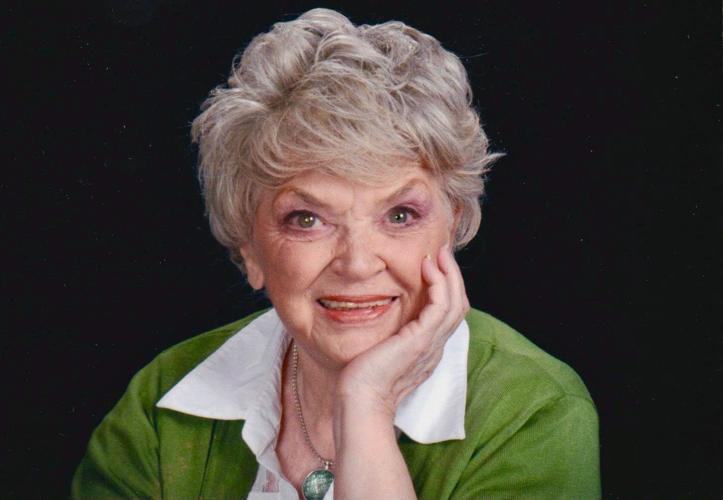