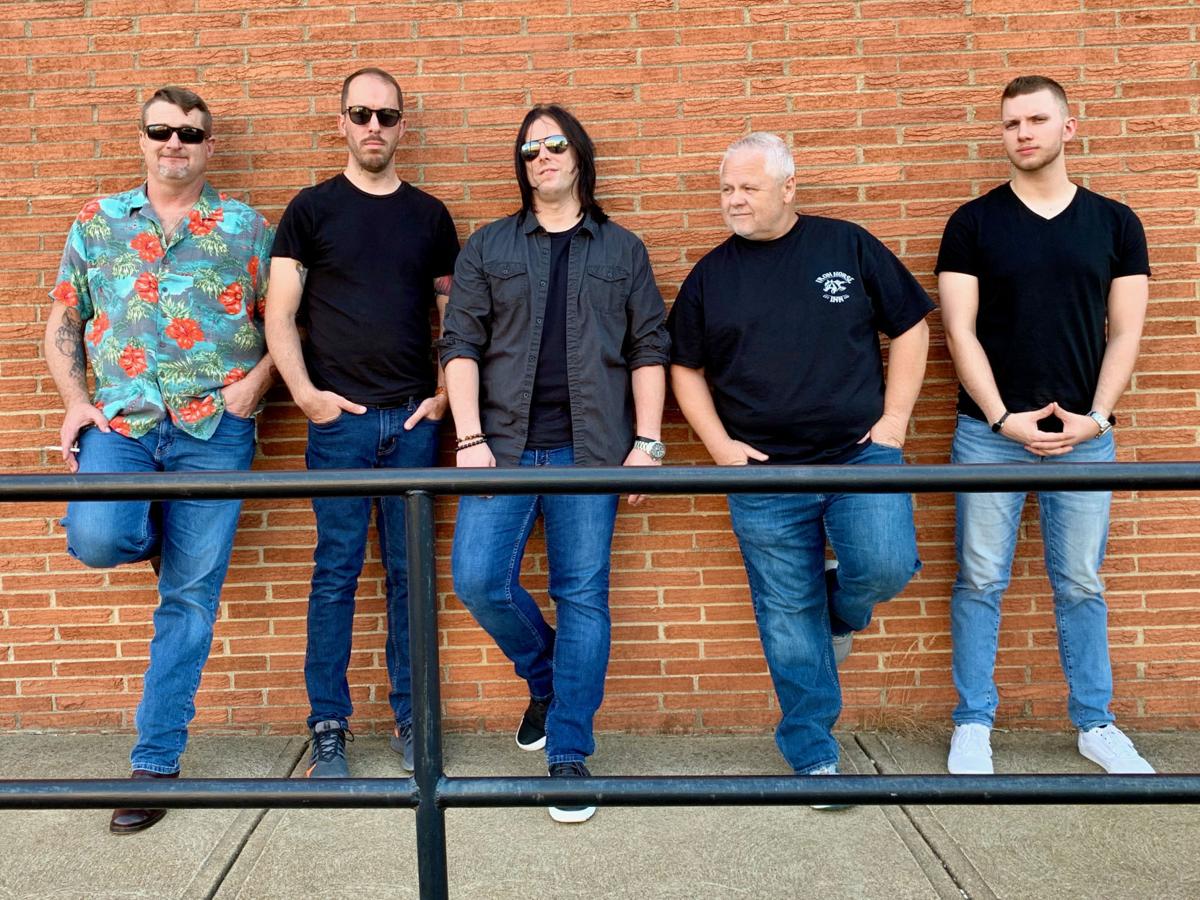 Memphis and the Backsliders will be performing at 9 p.m. Friday at the AV Bar-B-Que Battle on the Iron County Courthouse grounds in Ironton. The group plays a selection of classic rock 'n' roll from the '70s, '80s and '90s. 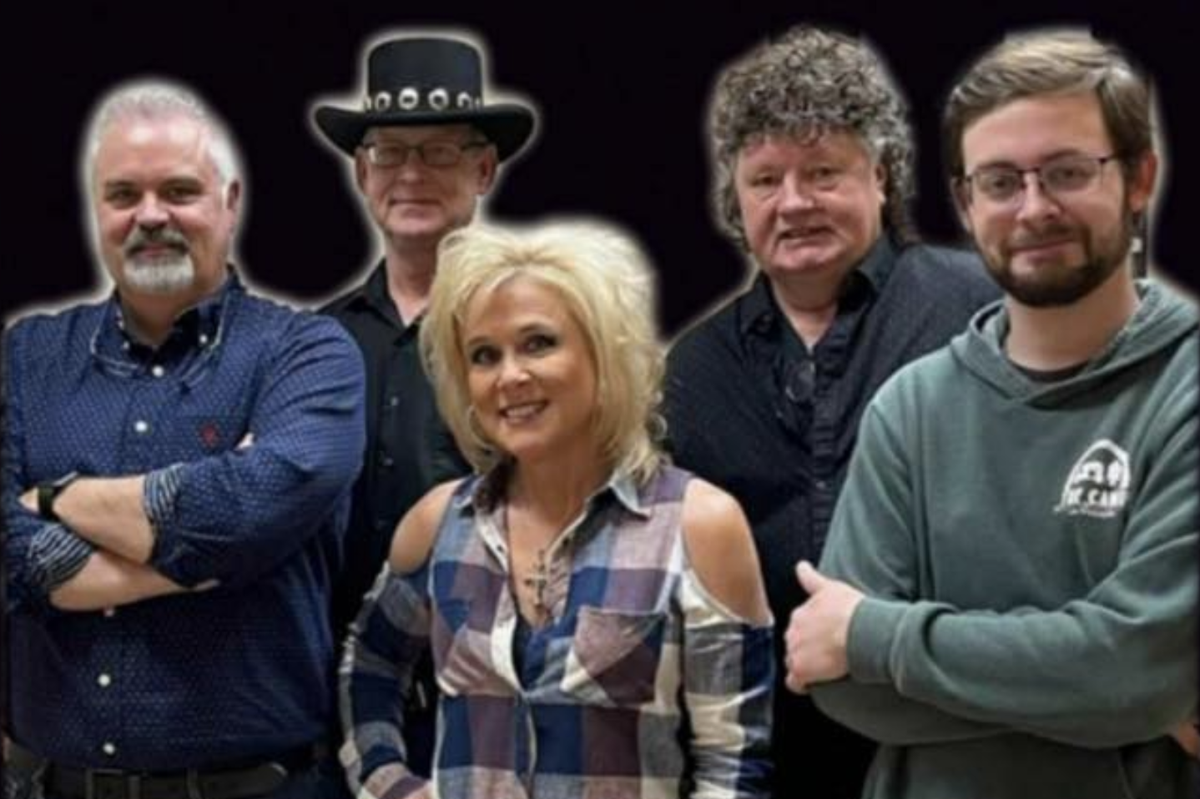 Fault Line, from Cape Girardeau, will be taking the stage at 9 p.m. Saturday during this weekend's Arcadia Valley Bar-B-Que Battle in Ironton.

The Eighth Annual Arcadia Valley Bar-B-Que Battle returns Friday and Saturday to the Iron County Courthouse grounds in Ironton with more competitors and live music than ever before.

Team sign-up for the St. Louis BBQ Society event ended last week. There are reportedly more than 40 teams signed up for the weekend to compete in the following categories: chicken, pork ribs, pork, and beef brisket

The teams will be competing for trophies and $7,500 in cash payouts for the grand and reserve champions. Along with the trophy and cash prize, the grand champion will receive a Super Bowl-sized ring and an invitation to the American Royal in Kansas City.

Then there's the music.

As always, a lot of people will be coming to the "Battle" to listen to free music from the great bands the event brings to the stage each year. Mark “Memphis” Earnest and Nathan Williams were in charge of booking the musicians for the weekend.

"We've got a great lineup this year and we've kept it pretty local,” he said. "Friday night, starting at 7 p.m., we've got Hickory Smoke, which features Nick Browers and a couple of his family members. These guys are great musicians and they are local. They're going to put on a great show with a lot of southern rock.

"My band, Memphis and the Backsliders, will take the stage at 9 p.m. We feature local musicians from Farmington and St. Louis. You're going to hear everything from David Bowie to Pearl Jam — a great lineup of music from the '70s, '80s and '90s.

"On Saturday, starting at 1:30, we've got the local favorite, Tony Harbison and The Old Dawgs. Tony has been a local favorite for years. People love his music. He's always been good to the community, so we're glad to have him. He's going to start the day off with some old country music.

Earnest said the Saturday afternoon lineup will be featuring a surprise band.

"Stone Gill, who is one of the great track stars at Arcadia Valley, has a band and they are going to be performing with some of the good music that he has written. He's just a great musician and his band consists of all students. They're going to take the stage somewhere around 4:30 and play some music for us.

"At 6:30, we've got a band from Hillsboro called Group Therapy. Tim Cossey is the bass player. Tim has played in local bands — as a matter of fact we recently played with Tim Harbison. He's been the bass player in a couple of bands. He's played bass in a couple of my bands, so he's very familiar with the area and well-liked. They're going to put on a great show for us."

The group Fault Line takes the stage at 9 p.m. Saturday.

"They're from Cape Girardeau," Earnest said. "It consists of a couple of great female singers. You're going to hear a great dance lineup from these guys. They play at the casinos down south in the Bootheel. They're also going to be putting on a great show that everyone is going to enjoy."

As in the past, there will be a beer garden on site, but it will be enclosed to make sure the entire event is family friendly in nature. In addition, there will be inflatables and other activities for children who attend the event with their parents.

About 50 vendors will be on hand selling arts and crafts, T-shirts, face painting, along with many other items and services. There will also be food vendors on the grounds serving a wide array of items ranging from ice cream and corn dogs to, of course, barbecue.

9 p.m. Band – Memphis and the Backsliders

For more information, go to www.avbbqbattle.com

Rose Byrne explains why she and Bobby Cannavale have never married

Rose Byrne explains why she and Bobby Cannavale have never married

The Hot Chick. Pretty Fly for a White Pie.

The 32nd Annual Moses Austin Festival will look a little different this year than in previous years, but one thing remains the same — Potosi i…

The St. Francois County Fair is back this year with the carnival and all.

The 32nd Annual Moses Austin Festival kicked off Thursday at the Potosi Lions Fairgrounds off Highway 185, starting with Show Me Amusements’ c…

America is celebrating its 245th year of Independence soon, and in Missouri, that can mean one thing — fireworks. Unlike Illinois, Missouri is…

Columbia Park in Park Hills will be yet again a summer mecca for great music under a canopy of trees and stars. All it needs is people, their …

It’s been a long year, but the Kicks Band is back and ready to make up for lost time, according to its director, longtime music educator Dan S…

After skipping a year due to the COVID-19 pandemic, Farmington Country Days is returning to the downtown area this weekend with the theme “Cou…

Memphis and the Backsliders will be performing at 9 p.m. Friday at the AV Bar-B-Que Battle on the Iron County Courthouse grounds in Ironton. The group plays a selection of classic rock 'n' roll from the '70s, '80s and '90s.

Fault Line, from Cape Girardeau, will be taking the stage at 9 p.m. Saturday during this weekend's Arcadia Valley Bar-B-Que Battle in Ironton.