A St. Louis TV news anchor, who can be frequently found in Farmington visiting his wife's family, has written a new book titled "100 Things To Do In Missouri Before You Die."

The book’s author is John W. Brown — the evening news anchor and political correspondent at KTVI, Fox 2, who is nationally recognized, not only for his well-respected television career, but also in his other roles as a public speaker, inventor, author and radio talk show host. Locally, he's also known as Farmington native Teresa (Meyer) Brown's husband.

Brown's latest book — this time co-authored with Amanda E. Doyle — is the first since “Missouri: An Illustrated Timeline” which was released last year in anticipation of the state's 2021 bicentennial.

He describes his new book as "a curated collection of the best locations, local events and popular tourist attractions from every corner of the state." Brown and Doyle also cover the legacy of state legends like George Washington Carver, Daniel Boone, Laura Ingalls Wilder, and Harry S Truman.

Brown hopes the book will encourage and enrich tourism in the state.

"We wanted to capitalize on the bicentennial," he said. "With me being a Missouri history buff, it all started with the first book, 'Missouri Timeline,' and then that just kind of led from one project to another. In the middle of me writing a couple of more history books, my publisher came to me and said, 'Hey, we want to put out this 100 things to do in Missouri book, since you've either lived in most of these places or at least visited most of them. So, that one got thrown in the middle.

"It was funny putting the book together in the middle of the pandemic because you don't know if all those entities — the businesses and other things — are still going to be open at the end of it. What we found coming out of the pandemic is that it turned out to be great because people in Missouri don't want to do big trips. They want to do stuff close by, so it's been a good guide book."

Asked if he had personally experienced all 100 things mentioned the book, Brown said, "I have done like 80 percent of the 100 things. When I first started putting this book together, I got through about 55 of the things and I was so overwhelmed, I told my publisher, 'I just want to give this book away. Let another author finish this up. I am swamped!' He said, 'What if we brought on Amanda Doyle as your co-author?' She's a travel writer and does a lot of writing about things to do in Missouri.

"So, she brought her expertise into things — and it's a good combination of things I like to do as a man and some of the things she likes to do as a woman in different parts of the state. It's a nice combination. Now I have to go out and do the few things left that she wrote about that I haven't done yet."

Offering an explanation of how he picked the items that went into his latest book, Brown said, "Many of them have been things that I've done — whether just on my own vacations or I've done news stories on them. So, really I just started looking over other lists of great places people like to go — you know, the top attractions on the Missouri Tourism Bureau — and merged them all together.

"I asked myself, 'What are the things that are truly iconic?' So, that's kind of how the list started — just some of those iconic things, but then also some of the 'off the beaten path' things that I've done that I think people ought to check out as well."

Reedy Press has released dozens of similar "bucket list" books across the country, three of which have been authored by Brown.

"I did two versions down in Orlando and then this one in Missouri," he said. "Now, they had already done 100 things to do in St. Louis and Branson and Kansas City, but when we broadened it out to the whole state it became complex because what do you leave in, what do you take out?

"There's actually an interesting story behind that. In doing the research for my first book, I ran across a number that stuck with me. Fifty percent of the people in the St. Louis area have never been to the arch. It just hit me that we have these world-class attractions right here in our own backyard, the most iconic symbol of Missouri — recognizing the westward expansion of the United States — yet, for some reason half the people in the St. Louis area don't bother to stop in and take a look at the arch.

"I realized there are those things like that all across the state of Missouri that you drive by, and yet people will fly to Missouri and then drive to do those things we won't stop to look at — and we drive by them every day. That's what I'm encouraging people to do during this bicentennial. If you're not going to travel to Mexico, if you're not going to travel to Europe this year, really get to know these things that we have in our own state that make it unique."

According to Brown, he's using his book to broaden his own experience and knowledge of all things Missouri.

"Even though I wrote it, on weekends when we can get away, I'll actually go back to the book and say, 'All right, we haven't done the rivers ... I mean, we have some great pristine waterways. We haven't done Elephant Rocks ... we haven't done Taum Sauk Mountain.

"All these things are such a short drive and you don't think about it. That's how I think people can use this book to stimulate some ideas. When you have the kids and you want to get out of the house, do something that's not on the screens, and just pick anything that's easy enough to drive to."

Brown explained that while he's written four books covering different aspects of the state over a short period of time — the already published "100 Things" and "Missouri Timeline," along with "Missouri 365" that's coming out in a couple of months and a book on "Famous People from Missouri" to be released later this summer — they all tie together.

"Certain things that fit in one format don't fit the other," he said. "The book that I'm finishing right now is called "Missouri 365" and it is the biggest news stories of every single day of our past 200 years from a reporter's perspective. So, these are cool stories that didn't really fit in with the 'Missouri Timeline,' the moments that made our state ... but they're interesting stories. Stuff that doesn't work in one book will work in another one.

"Then with the final book we'll put out this year, it's our redo of the 'Famous Missourians.' Like I always say, the famous things that have happened in Missouri history happened usually by famous people. So, that's how they all tie together. Redoing the 'Famous Missourians' book is just a look back at the most famous people in our state that we've produced over the last 200 years. It really is amazing to see the people we've generated from here."

In his latest book, Brown not only talks about "what" to do in the state, but "how" to do it like a VIP. He explained what it means to visit sites around the state like a VIP.

"Being in the media has given me certain opportunities to explore a lot of these unique world-class exhibits in Missouri," he said. "A lot of books out there will say, 'Go visit Top of the Rock in Branson,' and that's it. Or, 'Go visit St. Louis.' OK, but once I get there what do I do? So, I actually write how you can do it like a rock star.

"For example, if you go to the Top of the Rock restaurant down in Branson, you don't just get a reservation. You get there an hour-and-a-half early. You do the cave tour and then you get your reservation right at sunset, so you can see the sun going down over Table Rock Lake as they're playing the bagpipes and shooting off a cannon. Then you have maybe an adult beverage as the sun goes down. That's the difference in just doing it and doing it right.

"The same situation in St. Louis — if you want to go to a Cardinal game, yeah, you can just go to a Cardinal game ... or you can stay at Union Station and then do the Freak Shakes at the ice cream bar out behind. Have dinner at Three Sixty on the rooftop looking into Cardinal Stadium.

Brown is the author of books that include "Missouri Legends: Famous People from the Show-Me State;” “The Ultimate Missouri Trivia Book;” “100 Things to Do in Orlando Before You Die;” and “The Missouri Almanac 2019." He and his wife Teresa are the parents of two children, Lauren and Sophia.

Matt Damon hopes Ben Affleck and Jennifer Lopez are back together

Matt Damon hopes Ben Affleck and Jennifer Lopez are back together

Tickets on sale now for Bon Jovi concert at drive-in

Garth Brooks performed on Starlite Drive-In’s screen last June to a huge crowd. Now another big-time celebrity is coming to Starlite on May 22…

Last year, Roosevelt Elementary School Librarian Missy Tisher wrote what has turned out to be a popular children’s book about wearing COVID-19… 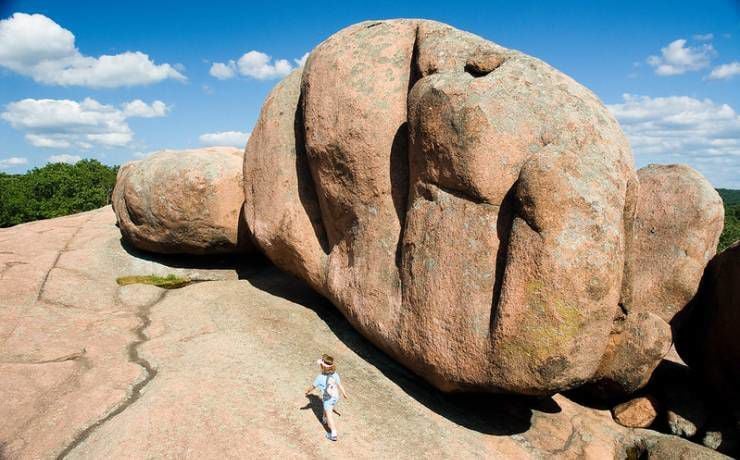 One of 100 places mentioned in John Brown's new book, "100 Things To Do In Missouri Before You Die," is a local favorite — Elephant Rocks State Park in Iron County. Brown says people from other states travel many miles to see the same tourist destinations Missourians pass by every day without giving them a thought. 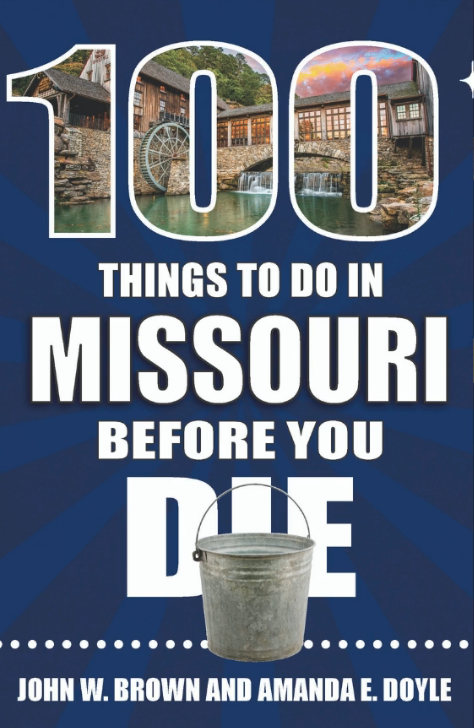 John Brown's latest book is only one of four being published within the space of a year. 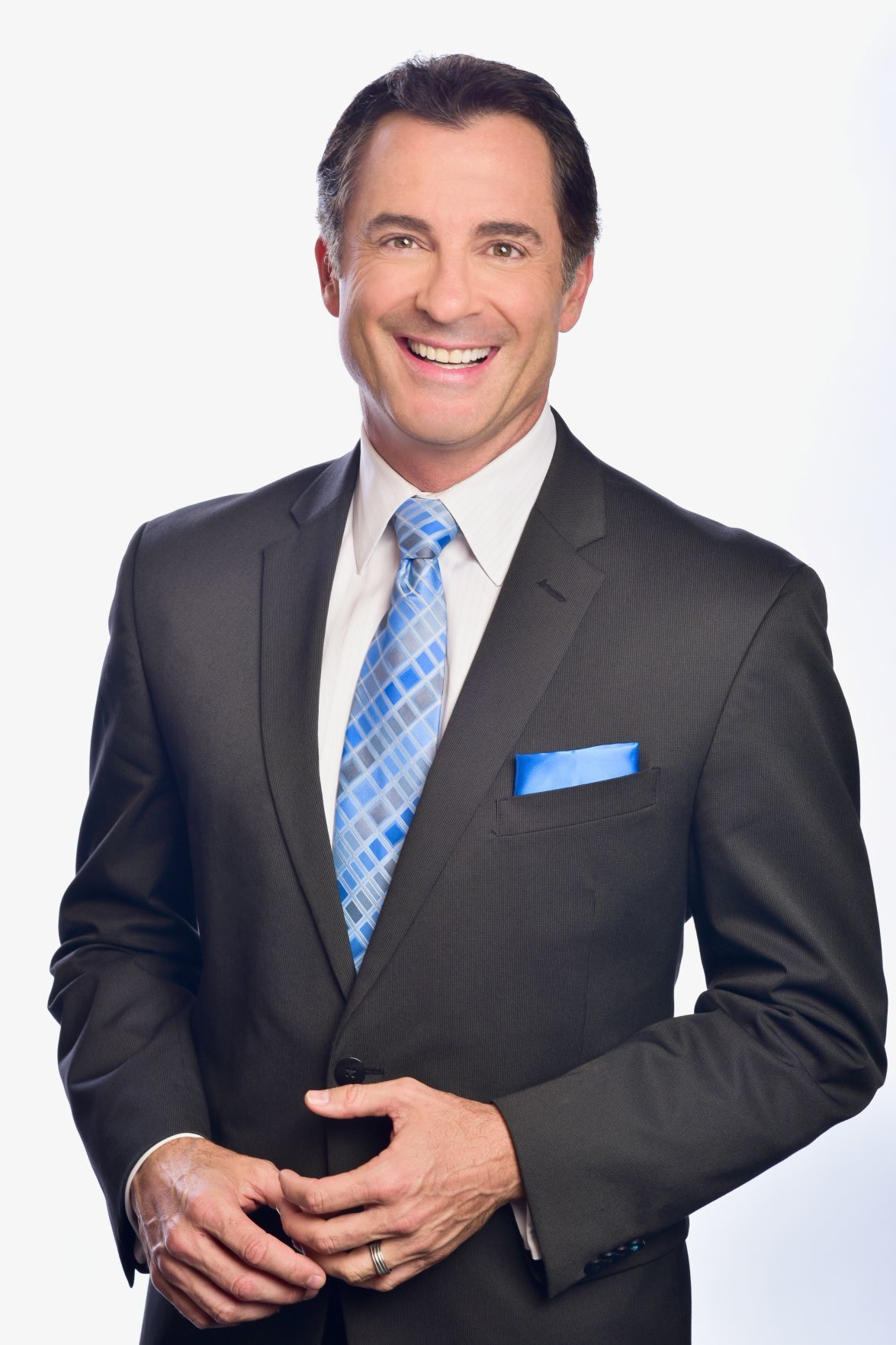 Along with being a news anchor and political correspondent at KTVI, Fox 2 in St. Louis, John Brown is known locally as the husband of Farmington native Teresa (Meyer) Brown.