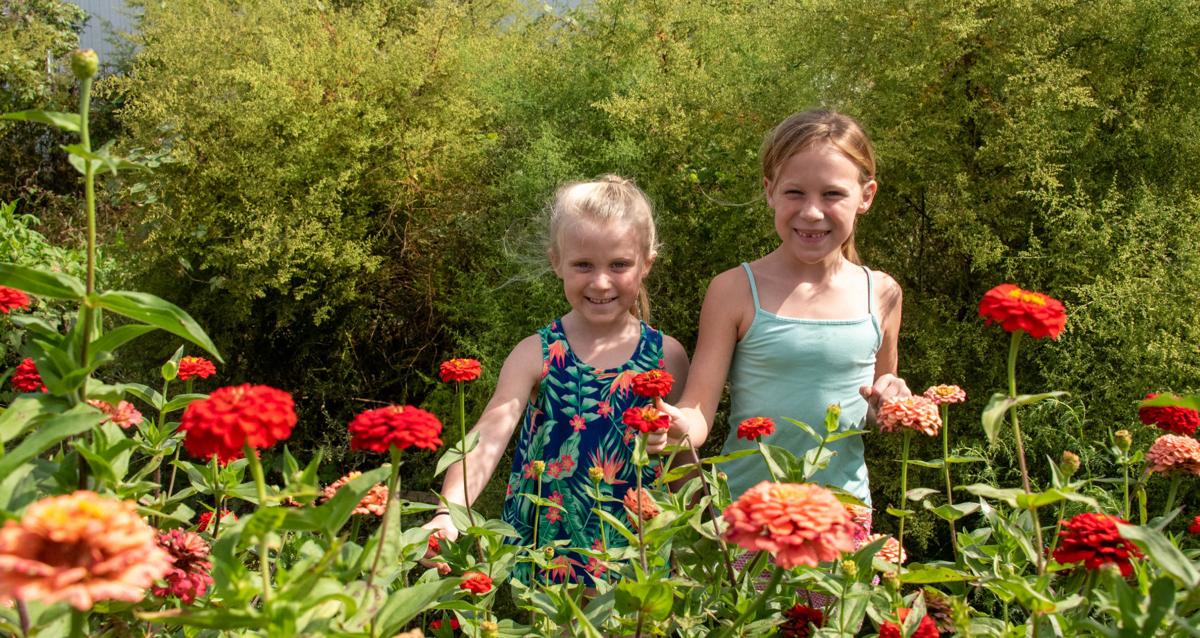 Gracelyn, 8, and Abby Lewis, 6, explore the pick your own flower area at Little River Farm People. 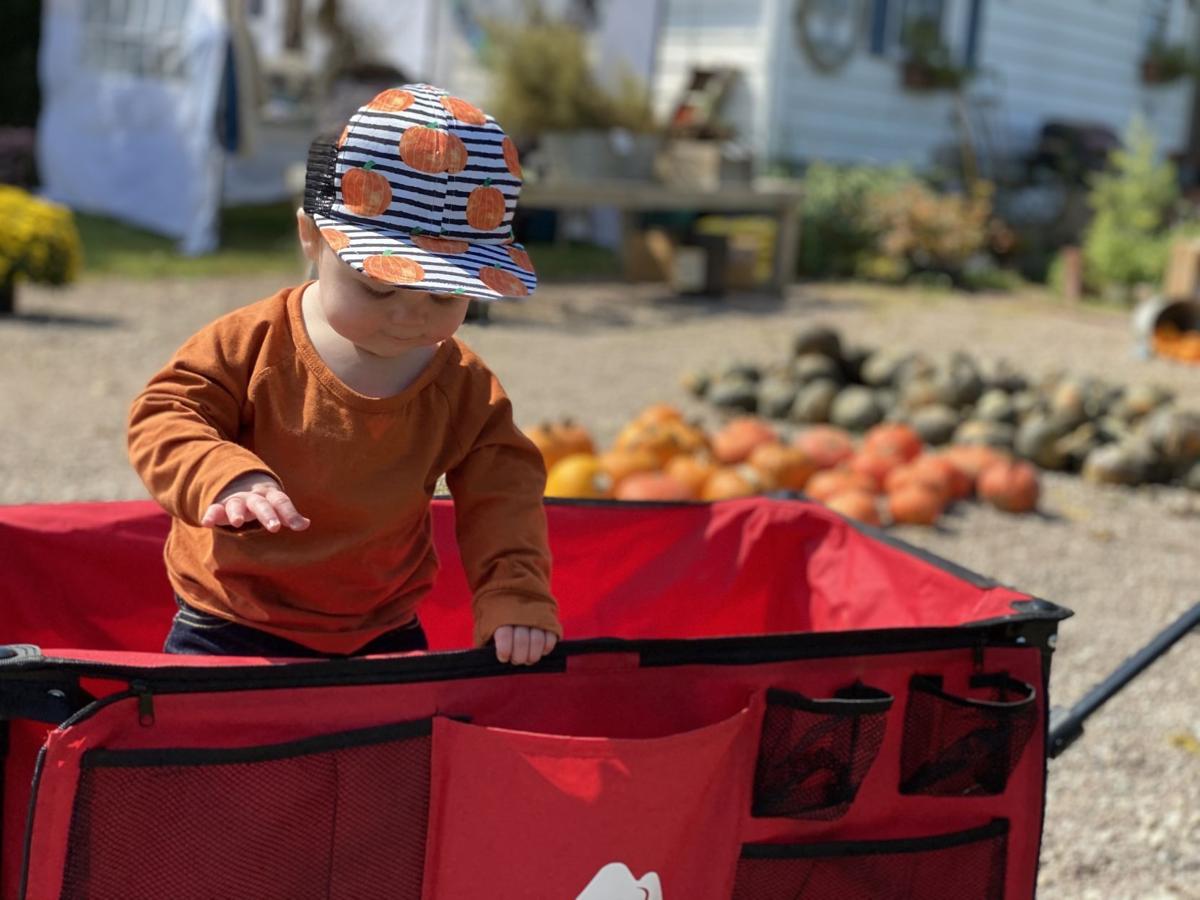 Rowen Post, 9 months, looks at the pumpkins before exploring the corn maze at Little River Farm People in Madison County. 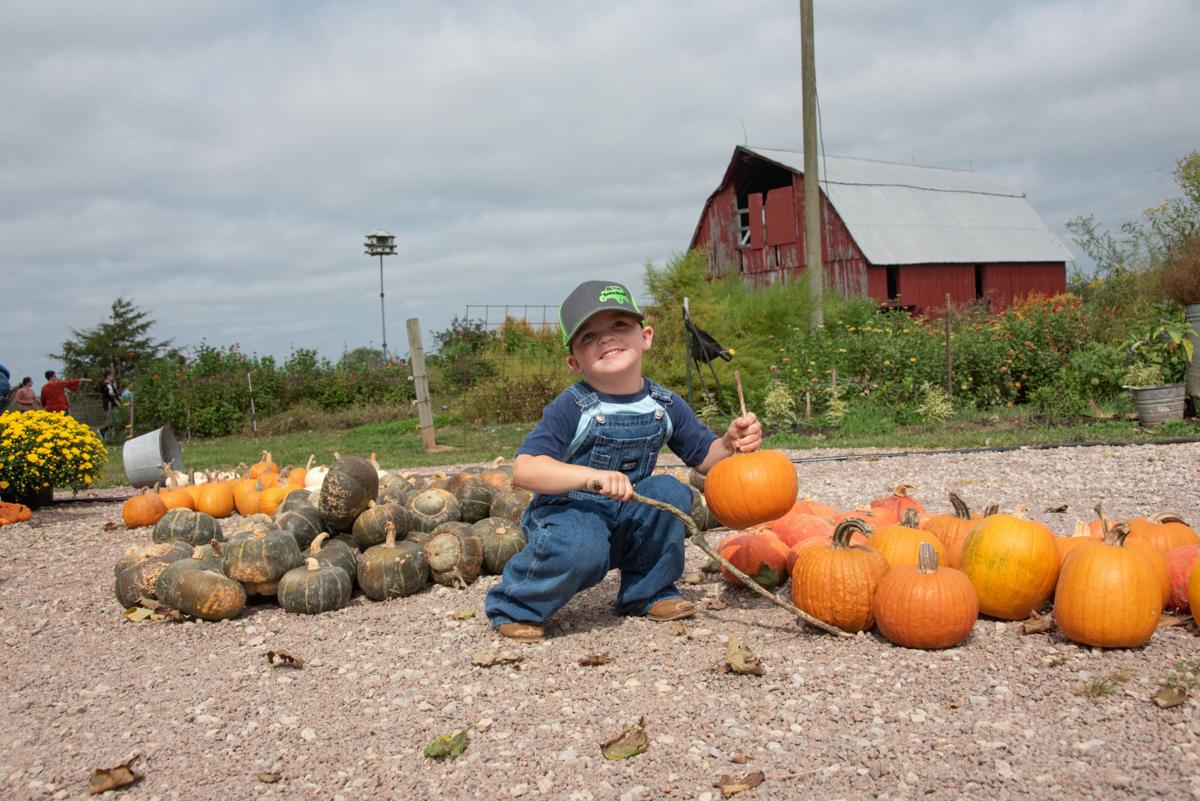 Castor Cureton explores the little pumpkins with the stick he found earlier in the day. 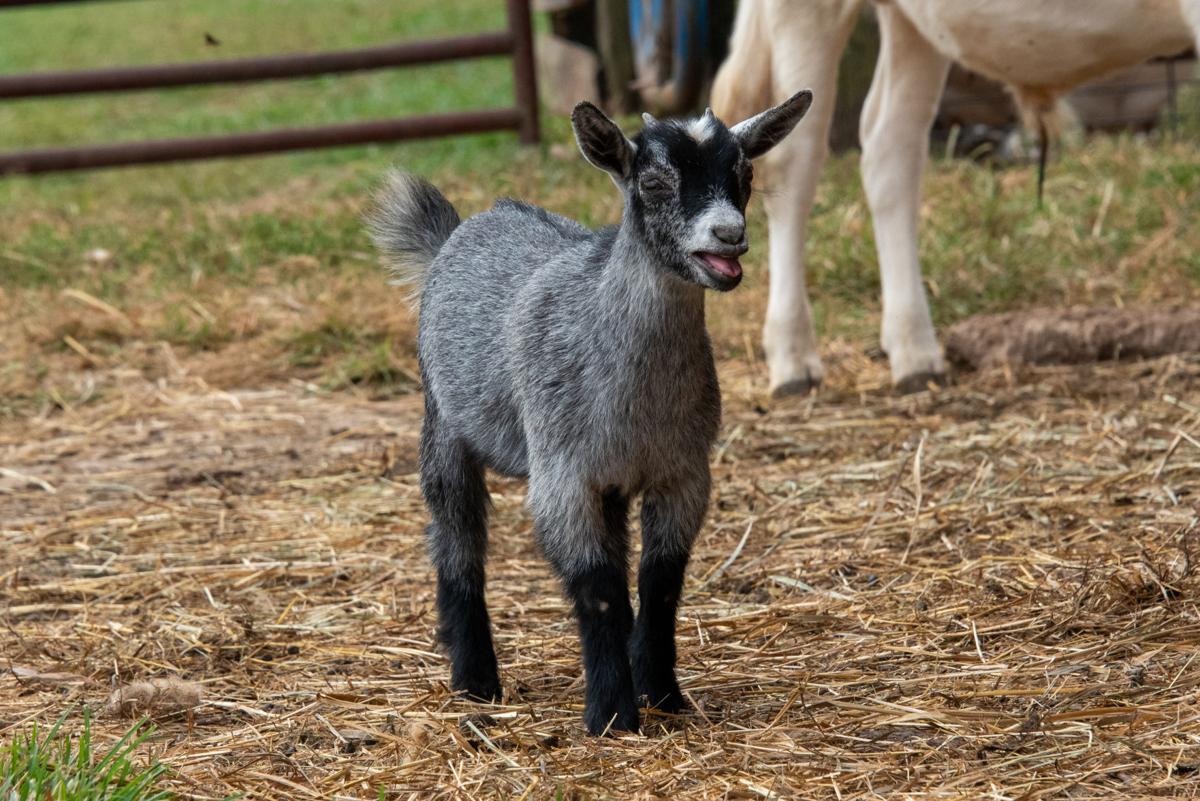 Tucked away down the back roads of Madison County is a small farm full of flowers, animals and a corn maze.

Like everything else at the farm, Little River Farm People continues to grow and expand, creating new things for patrons to enjoy.

New this year is a six-acre corn maze available to explore from 9 a.m to 7 p.m. on Saturdays, 10 a.m. to 4 p.m. on Sundays, and patrons are invited to explore from 6 to 9 p.m. on Friday nights during the Flashlight Corn Maze.

"We decided to add the corn maze because there was nothing like that within an hour drive of Fredericktown," Little River Farm People Owner Karen Whitener said. "There are a lot of people in Madison County that can not make that drive or it is difficult to do with children."

Whitener said the real reason she wanted to add the corn maze was to create a local option that would be less expensive and more accessible to the area. She said she tried a few corn mazes in the past which helped her make decisions when it came to their design.

"We went to a two-acre maze and it was just, for a a two year old it was fine but even for a five year old they were bored," Whitener said. "Then we did an 18-acre one, and even me who was die hard, 45 minutes in we were only half way through and thank God they had an out."

Whitener said after those two experiences she came out saying, "two is too small and 18 was too big." Ultimately she landed somewhere between five and 10 acres and plotted out their six-acre maze.

"We added a short cut because there are some people, even a 30 minute walk is too much for a two year-old," Whitener said. "So I still wanted the little bitty kids to have stuff to do and have fun. Could you imagine taking a two year old through the whole thing?"

Whitener said with the short exit as an option it kept the corn maze fun for all ages and abilities.

"We can do 10 minutes and have done the corn maze or you can do the whole thing and it is more fun," Whitener said. "That way it was like OK alright we have the toddlers and we can be done and just get out."

Whitener said the full maze should take 30 minutes or less to walk through.

"It is not a difficult one," Whitener said. "Ours only has dead ends and does not circle back on itself. This one you can not get lost. You will find your way out, just keep walking."

Whitener said she pushed her 10 month old through the maze in a stroller the other evening and it took her 25 minutes. She said even those who are super slow to complete the maze, 30 minutes should be enough.

"To be honest we have had way more people than expected," Whitener said. "Probably 75% have come from St. Francois County."

Whitener said even with the farm busy there is plenty of room to spread out and there are not any long lines of people congregating together.

"I think it has gone over so well because of COVID but I still think there is a call for this," Whitener said. "A lot of things we had planned, we were going to do a hay slide and a corn bin where the kids could play in corn. Some of those hands on things we couldn't do because of COVID so we are excited for next year. It will be super fun."

Other than the corn maze, the farm has plenty of animals such as sheep, goats, pigs, baby ducks, bunnies, geese, a mini cow, and puppies all ready to make new friends. There is also a pumpkin patch, sunflowers (when in season) and numerous photo opportunities. The farm is also still hosting their Saturday drive-in movie nights for $5 a person of $20 a car load. Show schedule can be found on their Facebook page.

'Nutcracker' is ‘joyful outlet’ for community

Cape Girardeau puts on the scary

Ghosties and ghoulies, skeletons and cobwebs are beginning to appear on the front lawns of Halloween’s greatest fans around the Parkland. But …

Looking for a fun fall activity?

Homecoming amid the pandemic has caused North County High School seniors to come up with an apt theme this year: “The year where nothing was t…

Gracelyn, 8, and Abby Lewis, 6, explore the pick your own flower area at Little River Farm People. 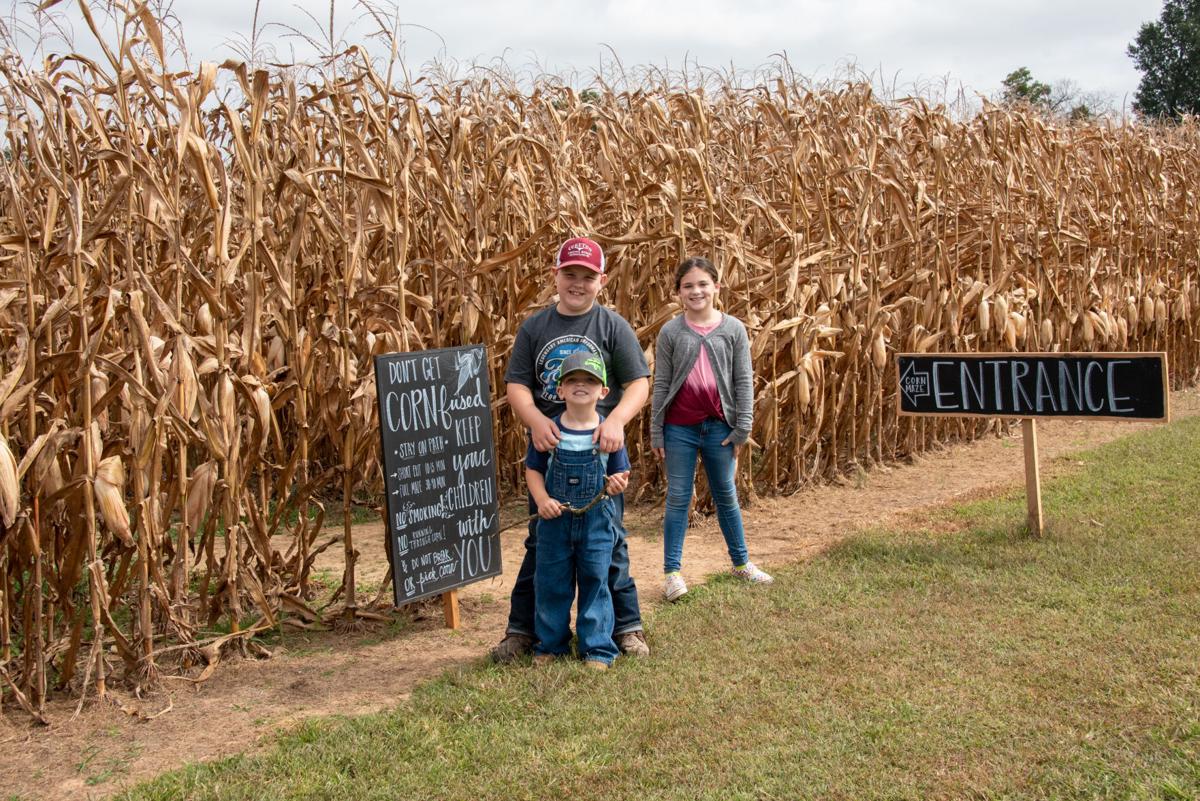 Rowen Post, 9 months, looks at the pumpkins before exploring the corn maze at Little River Farm People in Madison County.

Castor Cureton explores the little pumpkins with the stick he found earlier in the day. 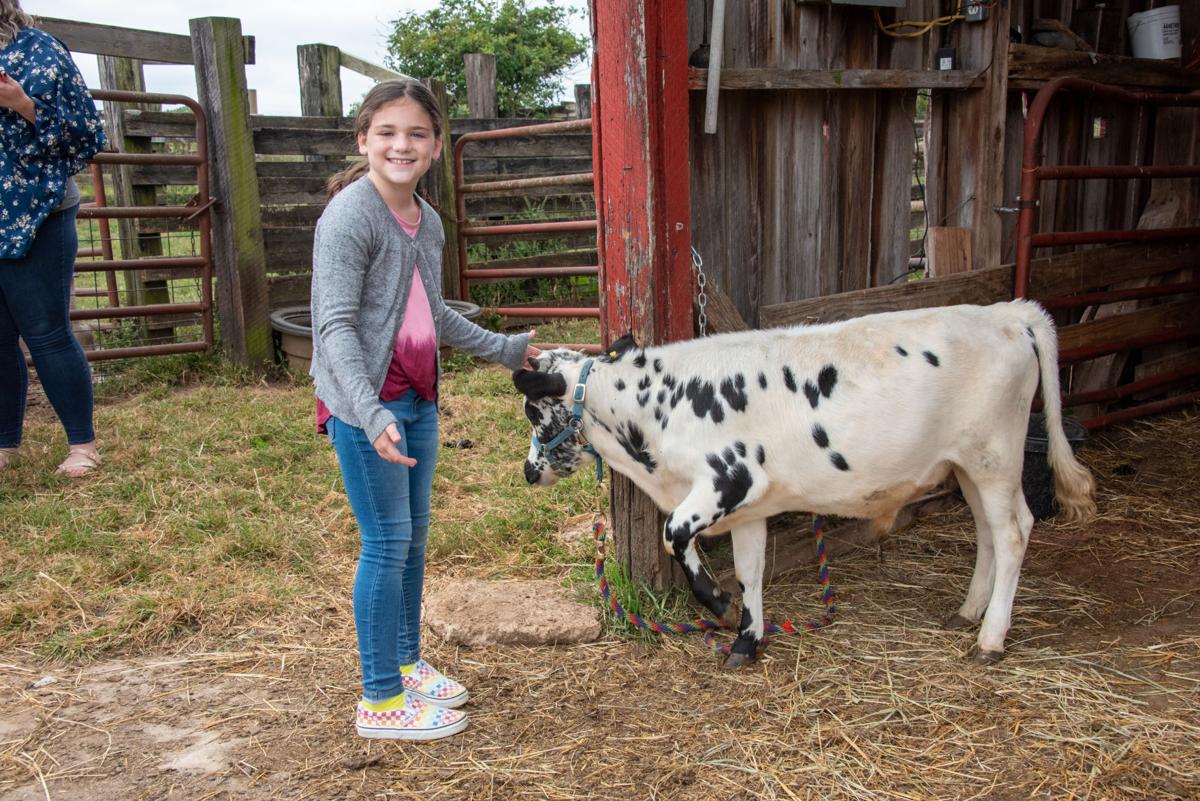