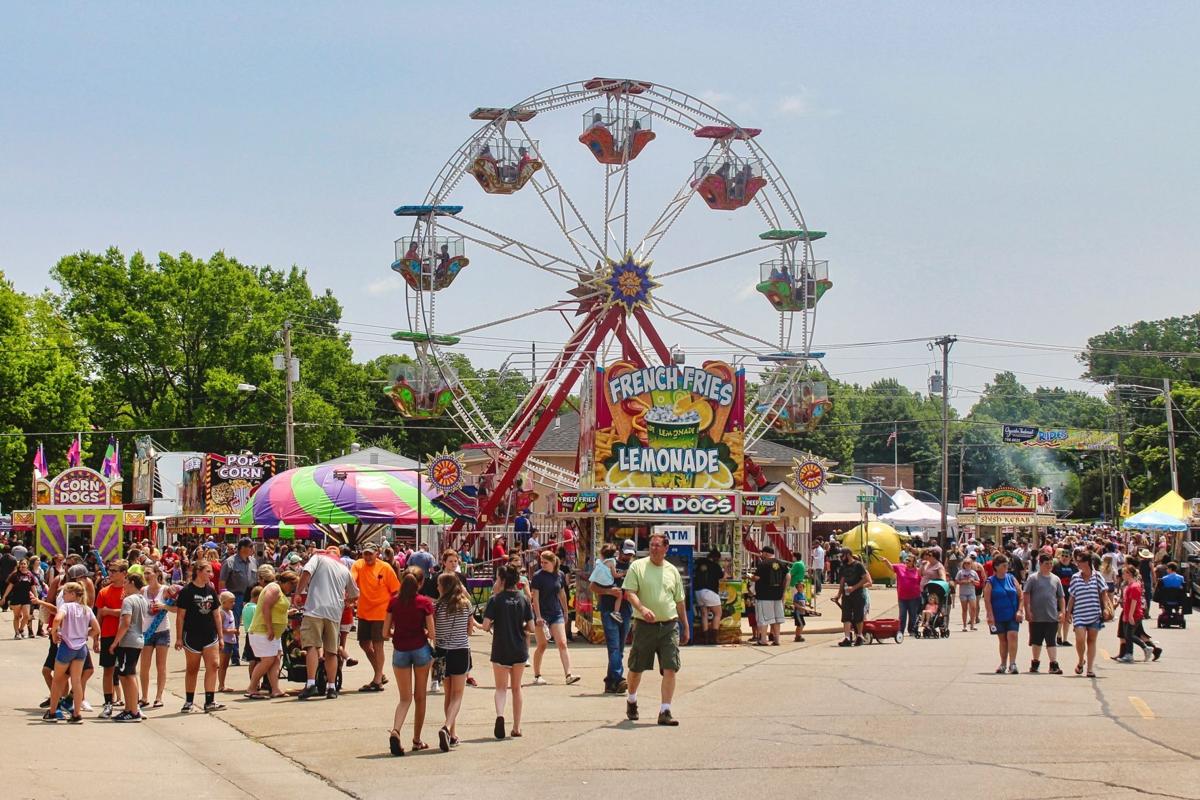 Farmington Country Days, sponsored by the Farmington Regional Chamber of Commerce, always brings out a crowd. With family-friendly activities for all ages, it's one of the most popular events of the year. 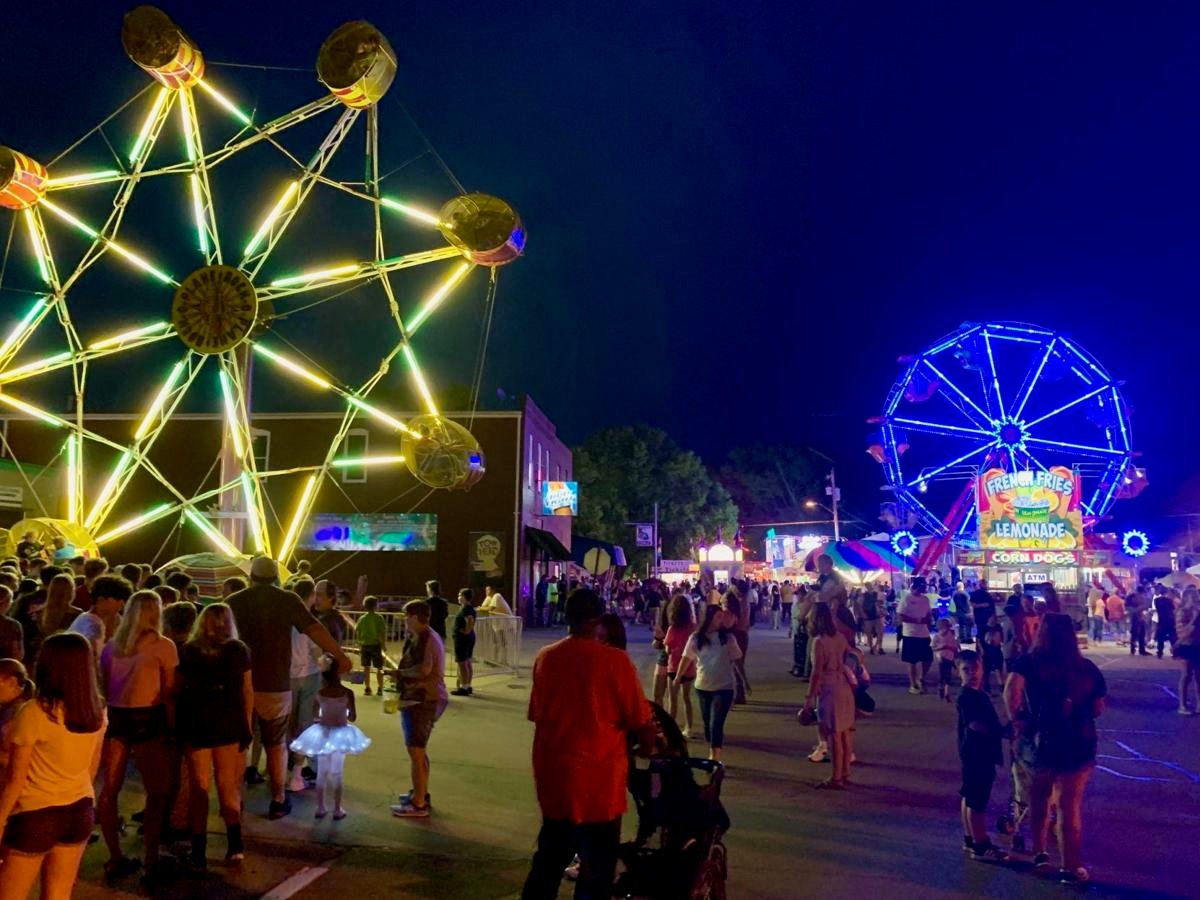 It's when the sun goes down that the carnival atmosphere of Country Days comes alive. 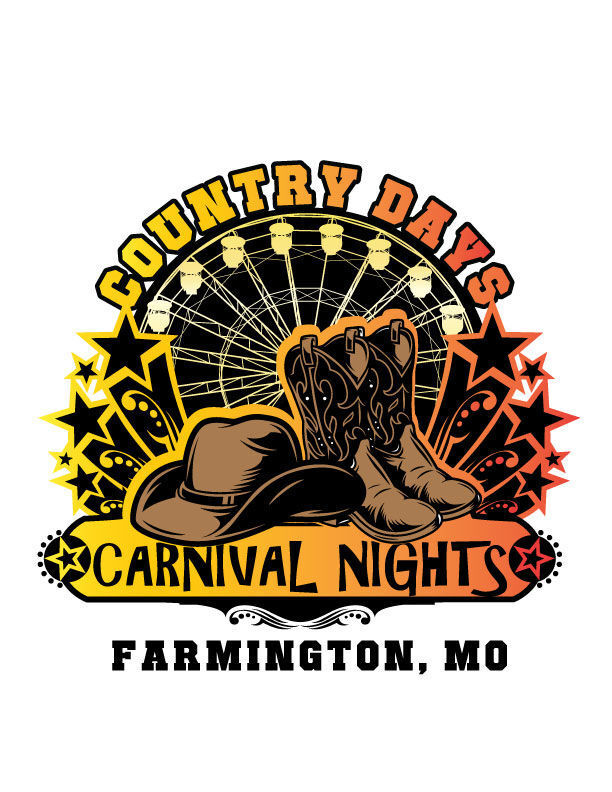 This year’s theme will be the same one intended for 2020’s canceled event — “Country Days-Carnival Nights,” along with the addition of “Re-Boot 2021.”

The event, set for June 4-6, will introduce a number of changes that the Farmington Regional Chamber of Commerce believes will make the event both fun and safe for people of all ages.

"We're getting great feedback from people," said Candy Hente, chamber executive director. "We were a little nervous — we're making a lot of changes, and as you know, that has its plusses and minuses in the opinions of people. But Country Days 2021 is about all things local, so we'll be having all local bands. We're extending the festival all the way up to the Jefferson Street Plaza from Long Park.

"We will have three stages throughout the festival. We'll have a stage at the Jefferson Street area. We'll have one at First State Community Bank's parking lot next to Krekeler's Jewelers, and the gazebo in Long Park will also have music.

"Long Park will be centered more as a family and children's area. There will be the SERVPRO bounce house, face painting, balloons, and again, music on all three stages throughout the festival which will run Friday afternoon and evening and then all day Saturday.

"Those evenings the festival will close at 10 o'clock. Sunday will strictly be the carnival rides, 'all you can ride' wrist bracelet day and carnival food. There will be no other activities taking place on Sunday."

Weekend musical entertainment will include the popular local group GTO (Good Time Oldies) that will be performing on the main stage from 7-10 p.m. Friday; and on Saturday, the Johnathan Braddy Band from 5-7 p.m. and Hunter Hathcoat from 8-10 p.m.

One of the biggest schedule changes to this year's Country Days is the moving of the annual parade from Saturday morning to Friday evening.

"The SERVPRO Country Days Parade will start at 6 o'clock and will go one way up Liberty Street," Hente said. "It will not circle around on Columbia Street on the normal route because that will all be setup with the stage and the vendors. Our hope is that people will be lined up and down Liberty Street, and then afterwards will come over the festival and enjoy some food and music, and arts and crafts.

"The two blocks that we're adding, we're encouraging the local businesses there to do sidewalk sales and have an outdoor presence, taking advantage of the thousands of people who will be right at their business doorstep. We will intersperse between the businesses there that aren't storefronts. We'll have local food trucks, as well as arts and crafts vendors up and down the street."

Hente added that the area of the plaza from Columbia to Washington Street will feature adult beverage vendors.

"They will be fenced off and any alcohol sales will be within that area," she said. "And again, we will have a stage in that area as well.

"We're still going to have the tractor show. It will be at the US Bank parking lot on Saturday. They're expecting over 100 classic cars at the car show taking place at the courthouse annex parking lot. The quilt show will also be going on, as well as the Little Caesars Moonlight Bike Ride."

The Country Days Midway, sponsored by Ozarks Federal, will be returning this year, as well.

“It will be set up in the downtown area where it’s always been,” she said. “We’ve been talking to the carnival individuals and they have some new rides they’re going to be bringing this year, so everybody has something to look forward to.”

For the first time, this year’s Country Days will be feature a photo contest. People are encouraged to post their Country Days photos on the Farmington Country Days Facebook page. The photo receiving the most likes and loves will be the winner.

Mr. and Mrs. Country Days for 2021 are Mike and Jessie Williams. The couple was originally selected to serve as last year’s “royalty,” but were unable to serve when the event was canceled.

The Williamses are well-known in the community through their participation in a number of civic organizations and events through the years, as well as their downtown business, Previously Loved Antiques, located at 104 S. Washington St. and are members of Memorial United Methodist Church.

The 2021 parade marshal will be Hope 4 Autism a Farmington-based organization founded by Jessica Harmon and Luann Honerkamp in 2012, that raises awareness and funds — as well as offers training another other assistance — for people on the autism spectrum. The organization was selected as the 2020 parade marshal, but are finally able to fulfill that role one year later.

For more information about Country Days, the chamber encourages the public to download its free “Eat, Shop, Play in the Parkland” app from their favorite smartphone app store; check out the Country Days Facebook page; and keep in touch with its Country Days media partners, which includes the Daily Journal and Farmington Press. Applications for all Country Day events can be downloaded at www.FarmingtonRegionalChamber.com.

James Wan has revealed the full title for ‘Aquaman 2’

James Wan has revealed the full title for ‘Aquaman 2’

Ariana Grande has filed a trademark for a beauty line

Ariana Grande has filed a trademark for a beauty line

Columbia Park in Park Hills will be yet again a summer mecca for great music under a canopy of trees and stars. All it needs is people, their …

There wasn’t a cloud in the sky, and the night was seasonably warm, but possibly not as warm as the enthusiasm felt by the crowd that came out…

After skipping a year due to the COVID-19 pandemic, Farmington Country Days is returning to the downtown area this weekend with the theme “Cou…

Come to Wickham Hollow: Renaissance festival kicks off this weekend in Farmington

Attendees will find pirates, peasants, fairies, knights, fair maidens and more at the fantasy village Wickham Hollow this weekend when they tr…

Farmington Country Days, sponsored by the Farmington Regional Chamber of Commerce, always brings out a crowd. With family-friendly activities for all ages, it's one of the most popular events of the year.

It's when the sun goes down that the carnival atmosphere of Country Days comes alive.