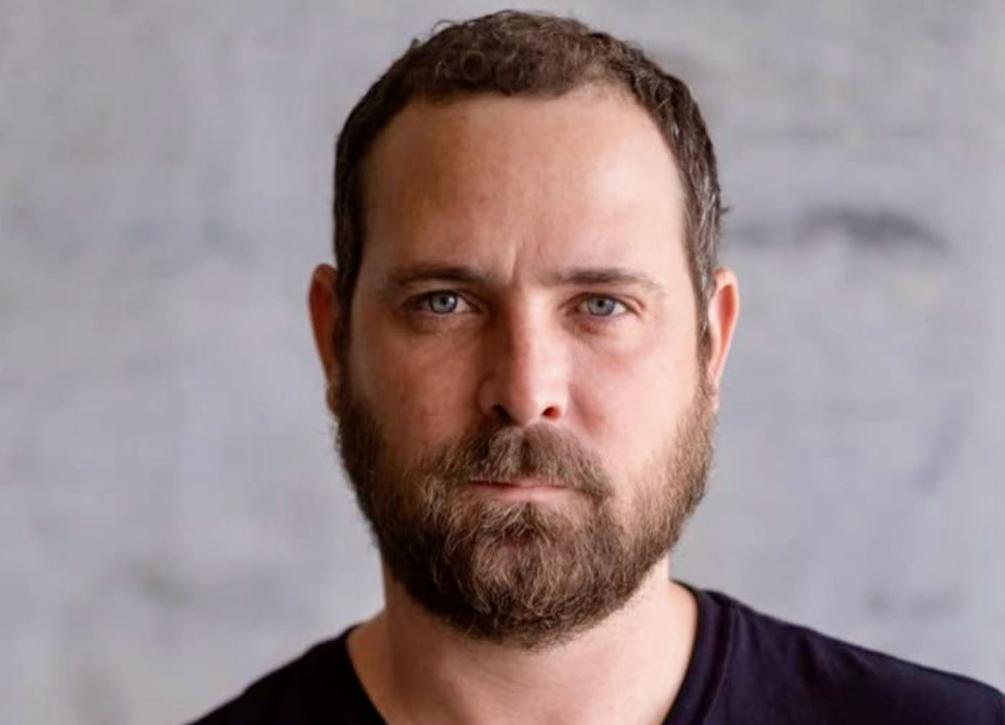 Farmington native Keenan Henson has a part in the new movie, "The Forever Purge," which comes to movie theaters on Friday. After the Tom Cruise "Top Gun" film was moved to a later date in the year, the fifth and final entry in "The Purge" franchise is the only Hollywood film opening on the traditionally strong Fourth of July weekend. 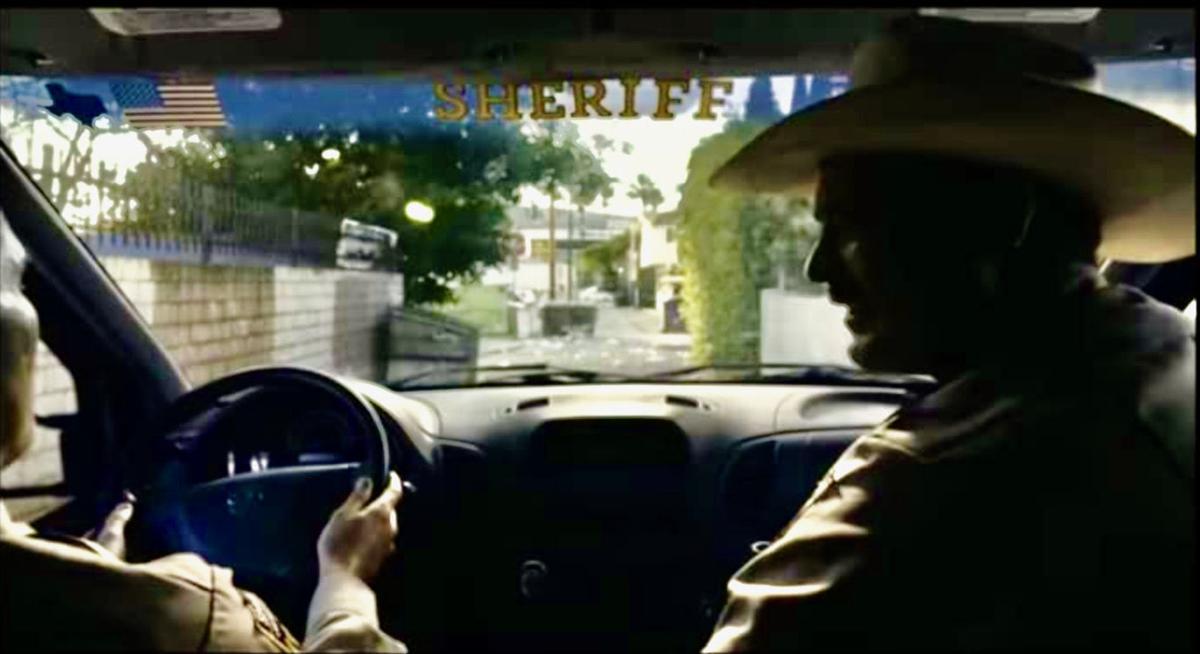 Keenan Henson, right, a 1996 graduate of Farmington High School, appears briefly in a trailer for "The Forever Purge" which is opening this weekend in theaters nationwide.

As the movie industry is making efforts to bounce back after being hit hard by the COVID pandemic in early 2020, feature films are slowly making their way back into theaters across the county as moviegoers are finally feeling confident enough to congregate with other people to watch a film on the big screen.

Only one film is opening this coming July 4 weekend, "The Forever Purge," and it features Farmington native, Keenan Henson, the son of Chuck and Ardie Henson.

The film is the fifth and final installment in the popular movie franchise that began in 2013 with the release of the first film, "The Purge," an American dystopian action-thriller film in which members of a wealthy family find themselves endangered by a gang of murderers during the annual Purge, a night during which all crime, including murder, is temporarily legal.

With "The Forever Purge" being the only new release over a weekend that has historically proven to be a strong one for the movie industry, the film may prove to be a bellwether for the success of other theatrical releases over the coming weeks and months.

In a phone interview, Henson explained how he won a part to appear in the film that is likely to provide him greater exposure than anything else he’s appeared in over his 20-year acting career.

“It’s just like anything else,” he said. “I auditioned for this thing — wow, it feels like forever now — back in late summer 2019. And then we shot it in October and November of 2019.

"It was actually supposed to be released July 4 weekend last year. They didn’t release it on VOD (Video on Demand), didn’t put it on Netflix or anything — but I’m kinda’ glad they didn’t, so they just pushed it back a year. Now they’re releasing it this coming Fourth of July weekend.

“Tom Cruise’s new 'Top Gun' movie was supposed to be released the same weekend — so there were only going to be two movies released — but they moved that one to December, so it’s literally the only major theatrical release for the July 4 weekend, which is pretty cool.”

Describing the premise of the movie series, Henson laughed and said, “It's pretty much lawlessness for 24 hours. You get to do whatever, so people usually stay in. Apparently, these make a lot of money, but they say this is the last installment, and I won’t give anything away, but you can see in the trailer, the whole premise of this one is that the day doesn’t end — that the purge is actually continuing after the date that it happens.”

Henson appears briefly in the movie’s trailer asking, “Anybody hear the sirens?”

“I actually lucked out,” he said. “A lot of times in acting, unless you’re one of the leads, you don’t know whether or not you’re going to make the cut in the film. That happened to me in a TV show I shot, but then I saw that I’m in the trailer, so that’s pretty cool.

"I’m like, ‘Well, at least they can’t cut me out if they’re putting me in the trailer. I still can’t give away too much, but you can kind of guess what kind of character I’m playing. Another one of the things with these movies is, it usually doesn’t end up well for many of the people — unless you are the actual lead.”

Henson admits that people don’t tend to see movies like "The Forever Purge" to watch A-list actors vie for an Oscar nomination. What it all comes down to is the thrills, chills, and action. Many of the lead characters in the film are played by Mexican TV actors and the film is helmed by Mexican director Everardo Gout, however, three well-known American actors appear in the film — Will Patton, Josh Lucas and Cassidy Freeman. And while Henson had a good time working on the film, the pandemic ended up changing more than just the film’s release date.

“It was one of those things that when I shot it, you didn’t know what was going to happen with the world in the next year," he said. "Unfortunately, they were going to have a premiere, but they’re still not doing premieres. I was excited for that, but I’m just glad they waited until this July 4 weekend for it to come out.

“...Those movies do really well. I’ve done some other things that I’m proud of, like 'Whiplash' won Oscars and everything, but this is the first one that I think, ‘Oh, wait, if enough people see this, I might actually be recognized from this one!’”

Asked if he’s planning to see the film on opening day, Henson said, “I am. I told some of my buddies — people I haven’t seen in a year — that it was coming out. It comes out Thursday night, the first, but Friday is the first day it’s out and me and about 10 friends are going to go to a theater and check it out.”

There's no doubt that Henson and his friends will be joined by many others across the nation who will be returning to a movie theater for the first time since the start of the pandemic — and the actor believes people are going to enjoy it.

“They’re fun movies,” he said. “They’re fun to watch. Hopefully it’s going to come to Farmington. I don’t know how I’m going to get my parents to go see it, but they’re just a lot of fun and a lot of — I call it ‘fun gore.’ A lot of killing and stuff. It’s absurd, but it’s still entertaining.

“I hope everybody enjoys it. I can’t say much about my part. It’s a fun movie and I think everybody will enjoy it. I’m glad to have been a part of it. I think it’s going to be the biggest thing I’ve been a part of up to this point.”

As far as other projects he has in the works, Henson said, “I lucked out in the fact that I booked two things in March of 2020, and I ended up shooting them in October. That was 'Shameless' and I shot a show called 'Snowfall' — and now this is coming out.

"I have a buddy that has a company and I have a couple of projects with him. Other than that, I’m plugging along and continuing to see what’s next. That’s one thing with this acting career, you just gotta keep trucking along.”

“A lot of times in acting, unless you’re one of the leads, you don’t know whether or not you’re going to make the cut in the film. That happened to me in a TV show I shot, but then I saw that I’m in the trailer, so that’s pretty cool." – Keenan Henson

Uma Thurman reveals she had an abortion as a teen

Uma Thurman reveals she had an abortion as a teen

Blues, Brews and BBQ, affectionately dubbed B3, drew thousands of people to downtown Farmington on Friday and Saturday.

There is a special type of music that has been hidden away in the Ozarks for three centuries.

EAA (Experimental Aircraft Association) Chapter 1635 will be hosting its first Fly-In from 9 a.m. to 3:30 p.m. Saturday at the A. Paul Vance R…

The Annual Pioneer Days in Marquand marks the unofficial start of the fall season. After a COVID-19 hiatus, the event returns this year with a…

After taking a year off due to the COVID-19 pandemic, Discover Farmington's Blues, Brews, & BBQ returns Friday and Saturday to downtown Fa…

Those big, beautiful balloons will cast their colorful glow against the dusky sky of Chaumette Vineyards & Winery soon.

Farmington native Keenan Henson has a part in the new movie, "The Forever Purge," which comes to movie theaters on Friday. After the Tom Cruise "Top Gun" film was moved to a later date in the year, the fifth and final entry in "The Purge" franchise is the only Hollywood film opening on the traditionally strong Fourth of July weekend.

Keenan Henson, right, a 1996 graduate of Farmington High School, appears briefly in a trailer for "The Forever Purge" which is opening this weekend in theaters nationwide.