With Halloween approaching, the Farmington Public Library has a series of paintings on display that might be considered appropriate for the season.

Dianne Dickerson has an exhibit of paintings called “Skeletons in My Closet.” Human skeletons in different themes stand, dance, eat and do other things along one wall of the library.

The common question Dickerson gets asked is “Why skeletons?” She says there are a couple of reasons — and the main one is posted with her display.

“I was a senior scholar at Mineral Area College taking painting, and noticed a well-worn life-sized skeleton used to teach anatomy to students in the art studio,” she said. “I put a hat on it and took a brush in hand and began to delightfully paint! It sparked my interest in researching the origins of Halloween and Day of the Dead, as well as having fun creating and thinking of things related to skeletons.”

As part of her posting, Dickerson noted some of the research she has conducted on the history of Halloween.

“Our Western holiday of Halloween has origins dating back to the ancient Celtic festival of Samhain (pronounced sow-in). The Celts lived 2,000 years ago — mostly in the area that is now Ireland, the United Kingdom and Northern France. The festival started on the eve of Oct. 31 and ushered in the New Year on Nov. 1.

"The roots of the holiday correspond to the natural, seasonal changes of the autumn harvest. There are commonalities within the seasonal festivals of the dead from cultures around the world. One of these cultures is Dia de Muertos in Mexico and many Latin American countries. It is the blending of European traditions brought in by the Spanish Conquistadores and the ancient Aztec and Mayan cultures of 4,000 years ago.

"As one Guatemalan explained, 'Day of the Dead here is similar to Thanksgiving in the United States because people travel across the country to be reunited with family members, living and dead.'”

There is another more personal reason for Dickerson's interest in painting skeletons.

“In 12-step programs, 'skeletons in my closet' refers to the steps where on the fourth and fifth steps you list all the things you’re upset about and then you give them to another person,” she said. “So, it’s kind of like you get all the skeletons out of your closet and it makes you well. It’s overcoming things and a good psychological practice.

"Painting is a therapy for me. If I’m feeling really down, I can paint and it’s really wonderful to have these things popping out.”

“I was teaching at Rainbow Center in Blue Springs,” she said. “It’s a school for kids with developmental disabilities. I was teaching science and art and working with a little girl. She said, ‘I can’t do this.’ I asked why not and she said, ‘I’m bipolar.’ I said, ‘Yes, you can, because I can do it and I am bipolar.’ At that instance, I made peace with my mental illness and God.”

Dickerson chuckled about the circle her life has taken through the painting of skeletons. She calls to mind her days at Northwestern State University.

“As students, we would go out in the cemeteries in Louisiana that were real old and sketch,” she said.

After mentioning to her family that she was having the display at the library, one of Dickerson’s grandchildren asked to put an item in the collection. As a result, Dickerson asked all of her grandkids to contribute, and three of the children’s work is included. She also has several ceramics on display in another section of the library that follow the skeleton theme.

When asked about the source of inspiration for her paintings, Dickerson didn’t really have a single answer.

“Some people call it synchronicity and some people call it the power of the universe," she said. "I call it God. I don’t really want to say that my paintings are divinely inspired, because that is egotistical to me. Some people might not think skeletons are very spiritual,

"if somebody see’s my skeletons, they are going to think, 'That’s not from God.' I just kind of let go in my painting. I can start out with one thing in mind and the other ideas come in. Or I sit somewhere and students or friends say something.”

After a life of moving around as part of growing up in a military family and then due to her professional life, Dickerson settled in Farmington.

“I love Farmington," she said. "I especially enjoy Bicentennial Park with the fountain. One day I was there and two teenagers dressed up in wedding gowns came there and marched around the fountain. So, I never know what I’m going to see there.”

There's no better way to get into the holiday spirit than to attend Krekeler Jewelers Techni-Glow Christmas Parade. The popular annual event i…

Once the last morsel of turkey and pumpkin pie have been eaten for the day and the Macy's Thanksgiving Parade is but a fond memory, the Farmin…

When an elephant sneezes

CASA holds Festival of Trees at Centene Center this weekend

CASA of the Parkland will be holding an expanded version of their Festival of Trees Friday and Saturday at the Centene Center.

Mineral Area Fine Arts Academy Theatre Director Jason Carr is so proud of the cast of “The Music Man” that he can’t even begin to make a list.

Celebs dressed to the nines to attend Fashion Awards in London

Celebs dressed to the nines to attend Fashion Awards in London 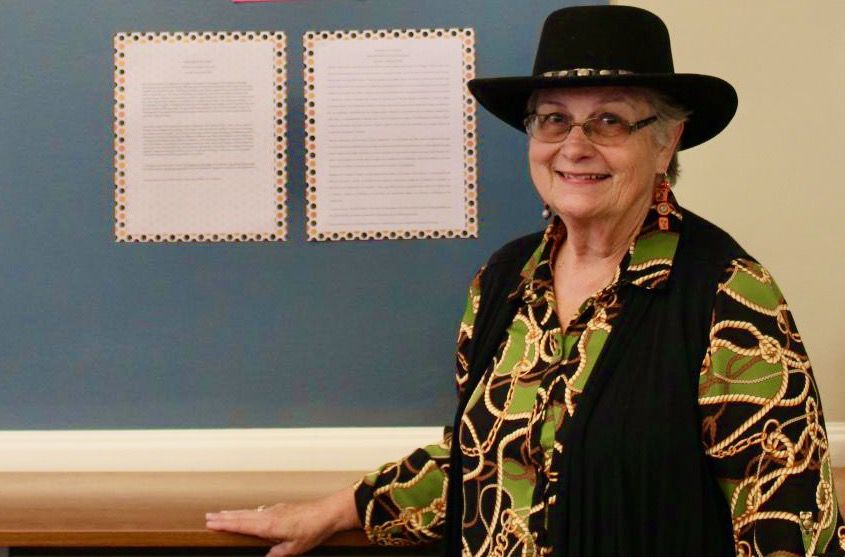 Dianne Dickerson has a collection of skeleton-themed paintings and ceramics on display at the Farmington Public Library this month. 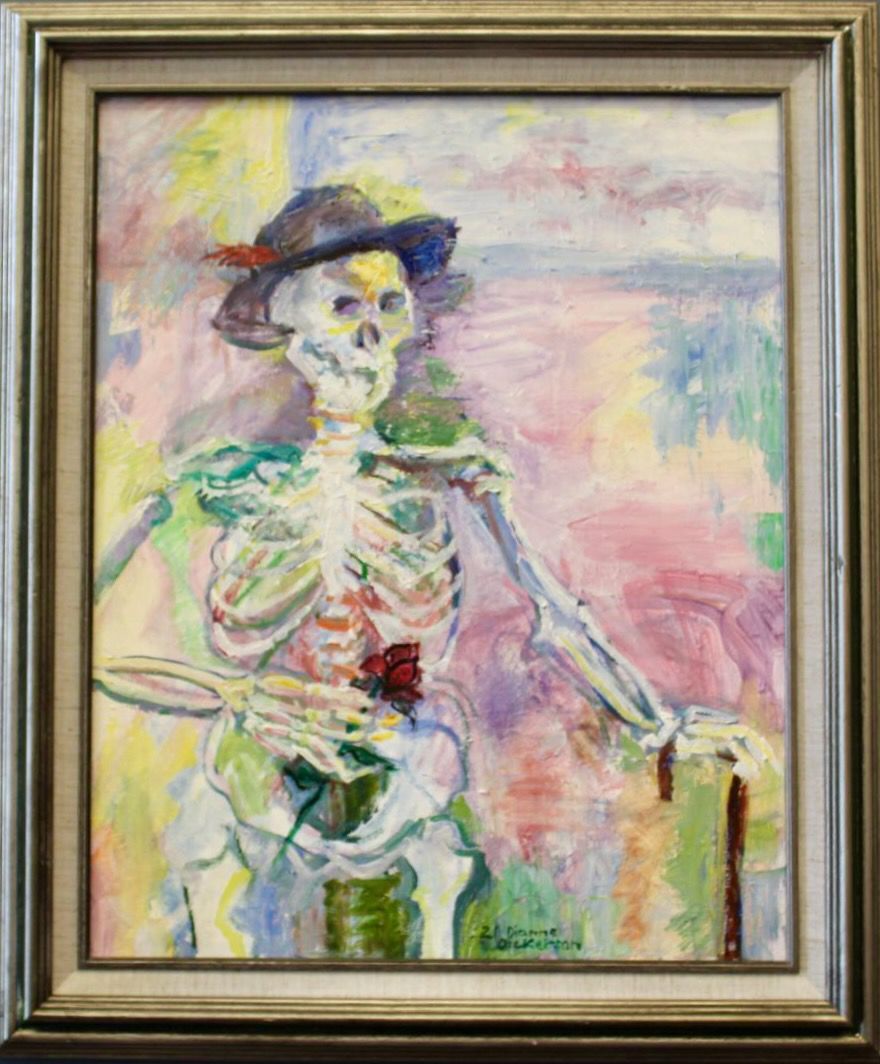 "Here's looking at you kid" is the first of Dianne Dickerson's skeleton-themed paintings currently on display at the Farmington Library. 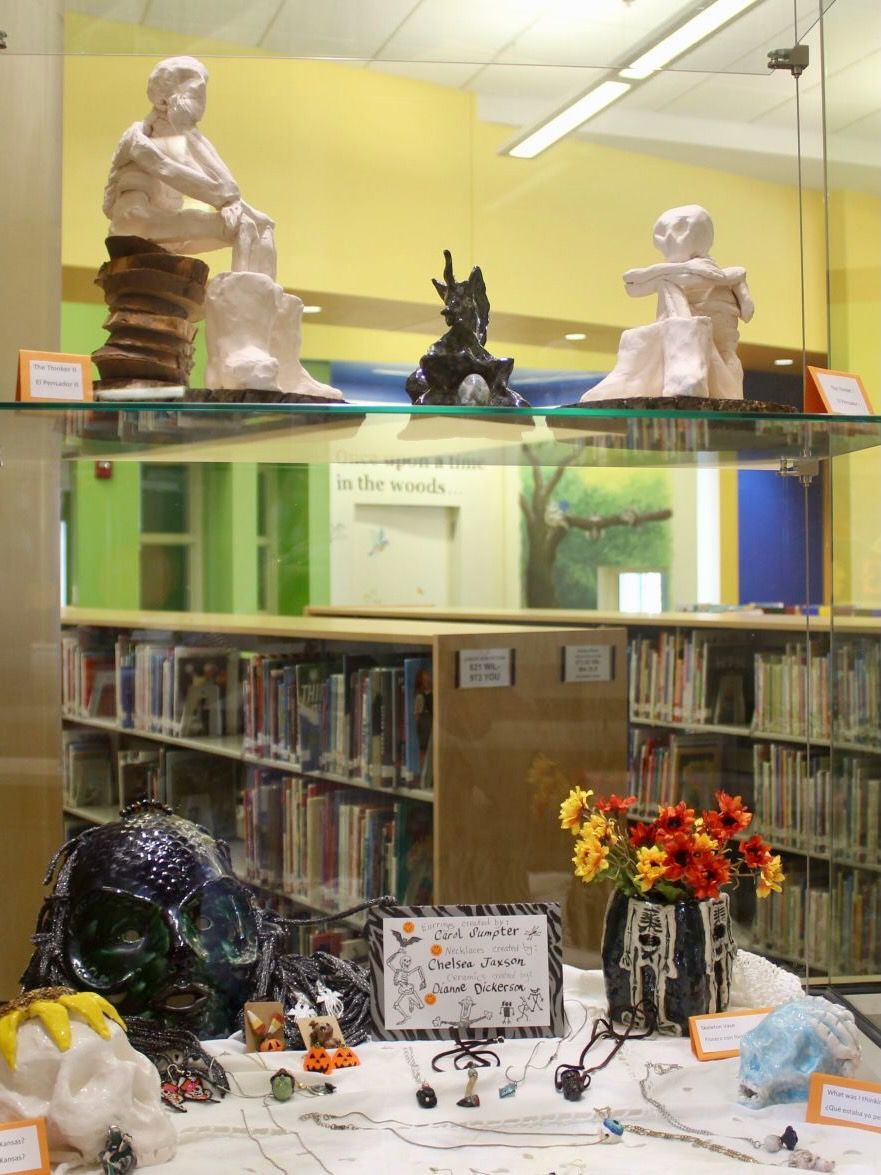 Dianne Dickerson's skeleton themed ceramics are on display along with items from other artists at the Farmington Library.