When Marty Scott was younger, he discovered his older sister’s Beatles records, took them and never gave them back to her. It was the beginning of his fascination with The Beatles.

Years later, Scott was singing some of lead guitarist George Harrison’s songs at a Beatles convention in Chicago not long after Harrison passed away.

Someone very special heard Scott singing. That is the defining moment of Scott’s career and when his life began to change.

Louise Harrison, George's sister, heard Scott singing with another Beatles cover band. She introduced herself after the performance, and the two immediately formed a friendship. They decided to organize a show of their own which she would promote and help open some doors for Scott. He soon founded the band Liverpool Legends.

This well-known Beatles cover band is set to perform Saturday at 7 p.m. at Farmington Centene Center. Tickets are $19.50 and are available at the civic center. Call 573-756-0900 for information.

This weekend’s event will be the first performance for the Liverpool Legends since the COVID-19 pandemic began.

“This Saturday will be very special for us because we get to perform again,” said Scott. “We haven’t physically been in the same room together for the past year, so this event is going to be great.”

A quick internet search yields numerous Beatles tribute and cover bands. The English band from Liverpool are still one of the most influential music groups in the world.

Top TV and film producer Jerry Bruckheimer, known for “CSI,” “Pirates of the Caribbean,” and “National Treasure,” chose this band over all other tribute bands to portray the band which changed the course of music and the world forever.

The group has gone on worldwide tours on nearly every continent. They’ve headlined at New York City’s Carnegie Hall. They created a “Fab Fan Memories” album which was nominated for a Grammy in 2012. Scott was able to walk the red carpet with Louise to do interviews together.

Liverpool Legends has performed for sold-out audiences of 20,000 people in Mexico City, in India, Israel, Ecuador, Chile and throughout the U.S. They’ve headlined the prestigious Rose Bowl four times with more than 160,000 in attendance. In addition, they perform in Branson at the Caravelle Theatre on West 76 Country Boulevard.

The group has spent decades to perfect their show so audience members feel as if they’ve stepped back to experience a live Beatles concert.

Scott said, perfecting his portrayal of Harrison is important to him, and it's a bit of an acting job because they must look like, sound like and act like The Beatles. When the group was in its earliest stages of development, Scott focused on how to walk, talk, act, sing and play like Harrison. He practiced playing the guitar like Harrison for about 10 hours a day.

Scott also recorded Harrison’s dialogue from a movie and added it to a CD so he could practice in his car.

“I thought I’d do it for a week or two and that would help,” said Scott.

Well, the CD became stuck in his car’s player. It would not eject and actually broke his stereo. Scott had to drive around for weeks “with George talking at full blast.” Scott said if he received a phone call, he had to pull his car over and turn off the engine so he could hear the conversation.

“It was like George was saying, ‘Oh, you want to portray me, okay. Here you go. Now go for it," he said. Scott said it’s funny, because that incident helped him to learn more about Harrison.

Scott said before COVID, Liverpool Legends was always busy performing and touring because The Beatles’ popularity only seems to increase.

“It’s the magic of The Beatles,” he said. “It’s like, the only music that a kid and his great grandfather can both enjoy together because it’s the uniqueness of the music where all ages come together.”

Scott said The Beatles have taken him everywhere.

“And now we’ve been performing longer than The Beatles were the Beatles,” he said.

Out of the band’s numerous accomplishments, Scott ranks meeting Beatle band member Paul McCartney at the top of his list. Scott loved it when he played at Carnegie Hall, which was special for him and his grandfather who thought it was a “very big deal.” He also enjoys meeting Beatles fans all around the world.

“We’ve had some kinds of experiences that we would never get to do if we weren’t doing this,” he said. “We’ve been really lucky that somehow we’ve just been in the right place at the right time.”

Scott said he’s grateful for all of the unique experiences and credits Louise with much of the band’s success.

“If you’re going to portray somebody, to have that person’s sister by your side is very important,” he said. “We became like family, and it’s been quite an experience with her.”

Pam Clifton is a contributing writer for the Daily Journal. 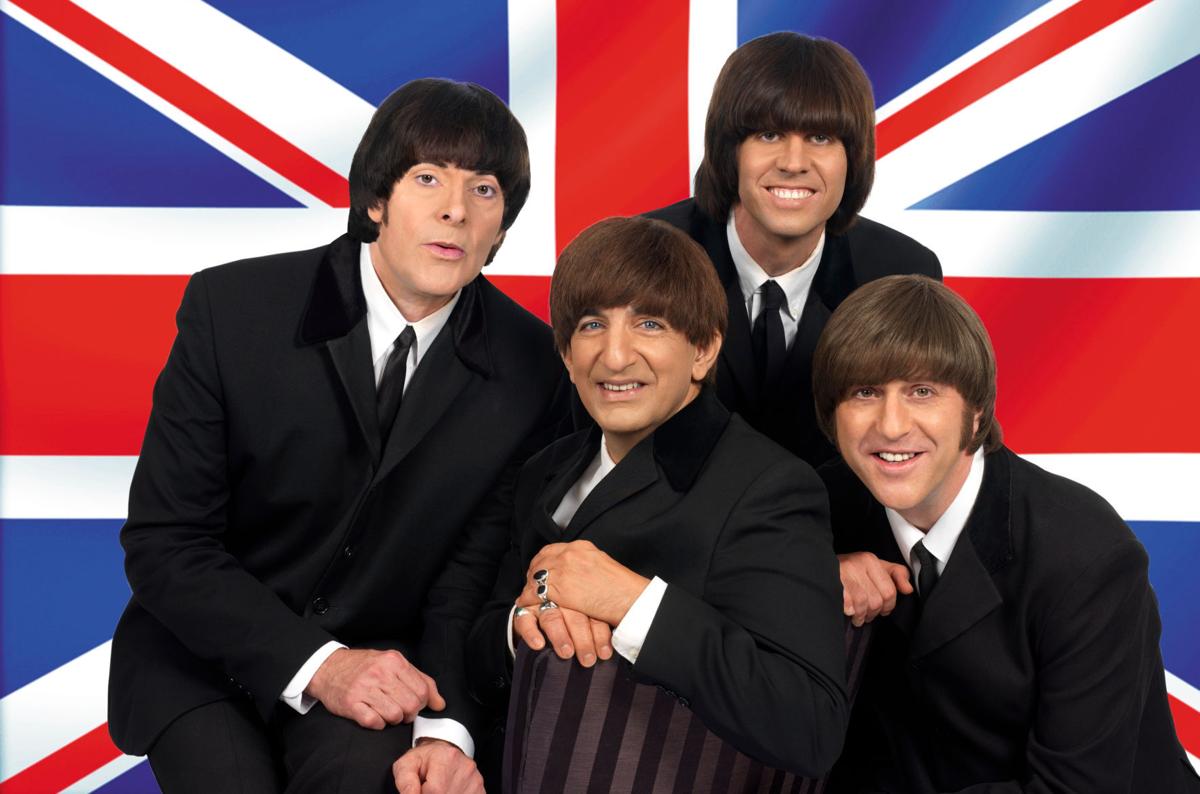