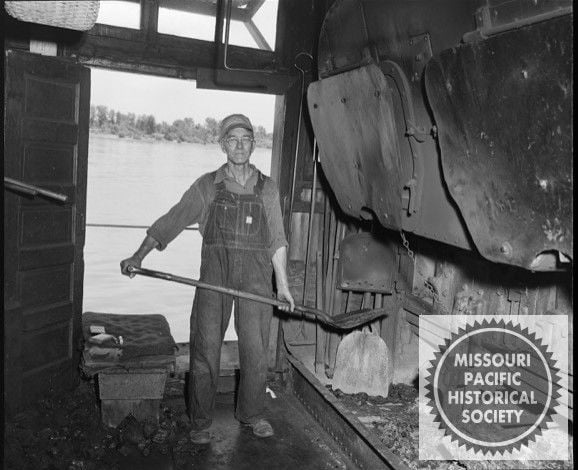 Pictured is a Ste. Genevieve fire man in 1955, from Wayne Leeman and courtesy of Missouri Pacific Historical Society. 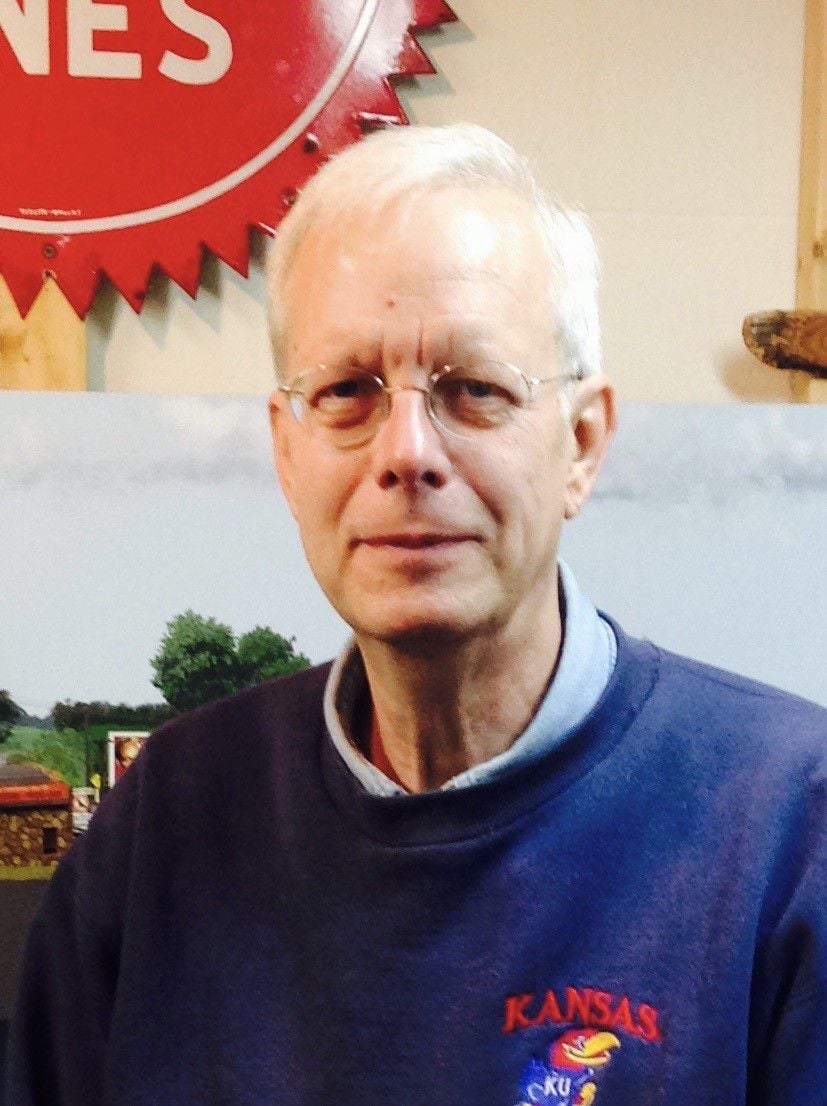 If capitalism is the lifeblood of the American economy, at one point in the nation’s history, the railroad lines were the major arteries pumping all manner of passengers, goods and services throughout the developing land.

The area’s rich train history is being featured in a book about the Missouri-Illinois Railroad (M-I), sold through the non-profit Missouri Pacific Historical Society (MPHS), written by its member Charlie Duckworth of Omaha, Nebraska, and produced by Donning Publishing of Brookfield, Missouri, in a limited run of about 500 books.

“The Missouri-Illinois Railroad: Missouri Pacific’s Route through the Lead Belt and Little Egypt” is due out in September and MPHS is taking pre-orders.

Duckworth said he has sourced quite a bit of material locally.

“I interviewed several former employees for the book, including a deck hand that worked on the Ste. Genevieve Railroad car ferry,” he said. “Lots of images of Bonne Terre, the electric railroad in Farmington and more.”

Duckworth, who retired in 2012 after a 38-year career with Union Pacific, took two and a half years to write the whole book. He recently saw the galleys and edited out a few of the photos to make sure the other images could be enlarged and get their due.

“A lot of the people buying this book are going to be old railroad guys,” he said. “They don’t want to see a postage stamp-sized image.”

Duckworth said he is a second-generation rail worker, having done stints in Texas, Kansas, and in Herculaneum, Ste. Genevieve and St. Louis before Missouri Pacific merged with Union Pacific and he got moved to Omaha. He retired as senior director of e-commerce, but over the course of his career, he worked in a variety of railroad positions.

You can check out the narration of his long and varied railroad career—including how he lost the tip of his finger in the first year — on the MPHS website, http://www.mopac.org/the-mopac-legacy/mopac-s-legacy/87-charlie-duckworth-wip.

“When you work with a company for 38 years, you amass quite a few job titles,” he said.

And an interest in the history of the railroads. The routes, the mergers, the legal skirmishes, the wrecks, the operations, all of it impacting the course of American culture and commerce.

“It’s the way the country was formed at the turn of the century,” Duckworth said. “You wouldn’t have Bismarck or Herculaneum without the railroad. Or, you may have an interest in it because you had relatives who worked for the railroad. It’s a major function and a major part of history.”

MPHS is taking pre-orders for the book, which should be shipped this fall. Duckworth said almost 400 reservations have been made for the 384-page hardbound book that contains 740 maps and photos. Most photos are black & white but 16 of the pages bring back the bustle, steel and might of the railroad with vivid color images.

Duckworth said the money raised through sales helps the railroad organization with its archives, supports scanning costs, materials for storage, monthly rent and other expenses. Members, archivists and volunteers are unpaid.

The sizable book costs $68-78, depending on one’s membership to MPHS, and how soon one buys or pre-orders the book. To encourage as many sales as possible during this time period, MPHS set the price of the book at $68 to Missouri Pacific Historical Society members and $74.95 to non-members. After the 30-day period, the member’s price will increase to $71 and non-member to $78. Shipping will be extra on all sales.

To be added to the list for pre-orders, anyone can send an email to MIBook@mopac.org. Once the books are ready to ship, they will receive an email with a link to the Company Store page for ordering and payment information. MPHS has arranged for the publisher to mail the books direct to the buyers for the first 30 days after the book becomes available.

Chapters cover the history of the M-I and its predecessor railroads – the Mississippi River & Bonne Terre Railway, (MR&BT) Illinois Southern, Centralia & Chester, and others.

Duckworth included a nod to the Farmington electric railway that used to wend its way around the courthouse and along Potosi Street — who built it, how it came to be and other information — since his paternal grandmother once lived there.

“I remember as a teen coming to Farmington to visit her occasionally,” he said. “That train was something special, so I included it.”

Looking Back: Sarah's favorite stories from 2020

Broadway shows to reopen this fall

Broadway shows to reopen this fall

Tickets on sale now for Bon Jovi concert at drive-in

Garth Brooks performed on Starlite Drive-In’s screen last June to a huge crowd. Now another big-time celebrity is coming to Starlite on May 22…

Last year, Roosevelt Elementary School Librarian Missy Tisher wrote what has turned out to be a popular children’s book about wearing COVID-19…

Pictured is a Ste. Genevieve fire man in 1955, from Wayne Leeman and courtesy of Missouri Pacific Historical Society.