After recovering from a serious vocal injury he once feared could permanently derail his burgeoning singing career, Brett Pruneau, a Bonne Terre native and 2008 North County High School graduate, recently announced the completion of a new collection of songs that will be released Friday.

Pruneau, who now lives in Las Vegas, spoke about his new project and the condition that, for a time, hampered his singing voice.

“At the start of the pandemic, I began working on a project called 'The Real Thing' and have just finished it,” Pruneau said. “It is a five-track EP (mini-album) that follows a strong theme of human connection, which is something I think we have all started to appreciate more under the circumstances.

“The songs range from sorrow and regret, to pure devotion and true love. I think there is something on it for everyone to relate to. It also features a beautiful duet with Lynn Hilary, who is former soloist with the Emmy and Grammy-nominated Irish Group 'Celtic Woman,' as well as 'Riverdance.'”

According to Pruneau, the last nine months haven’t been easy for anyone who makes a living through the performing arts.

“The entertainment industry has taken such a devastating blow throughout the COVID-19 crisis, and I'd love to bring a little light to this project,” he said. “The project has been such a positive source of therapy, and a creative outlet for me while my industry is literally at a standstill.

“And as always, the people that follow me in Missouri have been such a huge form of support. I’m really happy to have a way to get the word out about 'The Real Thing' to the folks back home.”

Pruneau sees "The Real Thing" as a celebration of having overcome the health issue that was seriously affecting his singing voice.

“I’ve been very quiet about it over the last few years, but I had been battling a vocal injury,” he said. “I had been struggling with a difficulty in my voice for quite a while and kept getting misdiagnosed by nearly every ENT (ear, nose and throat specialist) I was seen by. I finally got an accurate diagnosis.”

By the time Pruneau contacted Dr. Reena Gupta, he had all but given up hope of being able to continue his professional singing career.

“Dr. Gupta is one of the most highly regarded specialists the entertainment industry,” he said. “She is a laryngologist specializing in voice who is based in Los Angeles. After being misdiagnosed by countless other ENTs, she diagnosed me with Muscle Tension Dysphona (MTD).

"It’s a condition where the muscles around the larynx become incredibly tense during voice use and constricts your ability to produce sound properly. Dr. Gupta then helped me build an incredible team of industry professionals specializing in speech therapy and vocal rehabilitation to start treating this injury.

“I’ve been in intense speech therapy and vocal rehabilitation with an amazing team of specialists based out of Salt Lake City and Los Angeles. After a solid year of therapy, I am thrilled to say that I have made virtually a complete recovery.

"So, while 'The Real Thing' has been an incredible creative outlet throughout the COVID-19 shutdown, it is also a huge triumph for me in the sense that I overcame this vocal disorder. This is the first music that I have released since my diagnosis and recovery.”

In addition to being overjoyed that his singing career isn’t over, Pruneau believes he has an important message to share with others who might find themselves in the same situation.

“I think it's important to bring an awareness, especially to singers, that an injury is nothing to be ashamed of,” he said. “It is something you work through and fix with the right team of professionals. As Dr. Gupta says, ‘We don't shame athletes when they are injured, but for some reason there is an incredible amount of guilt and shame associated with injuries as a vocalist.”

"The Real Thing" is being released Friday on all major music platforms, with physical and signed copies available at brettpruneaumusic.com. Preorders are now being accepted.

“I think it's important to bring an awareness, especially to singers, that an injury is nothing to be ashamed of.” – Brett Pruneau

Opening Oct. 24 in downtown Ste. Genevieve, Brix Urban Winery and Market is the newest of its kind in the area.

Don't worry. You're not the only person in Farmington to wonder why Denny Motors, located on the corner of Ste. Genevieve Avenue and Route 00,…

A group of local artists have American themed works of art on display at the Farmington Library.

Santa parade to replace Desloge's Christmas in the Park

The Desloge Library Board has decided to forego the annual Christmas in the Park celebration this year due to the COVID-19 pandemic, but they …

One of the area’s most popular holiday events is on track this year, with Bonne Terre Chamber of Commerce presenting “A Christmas Salute” for …

Don't worry. You're not the only person in Farmington to wonder why Denny Motors, located on the corner of Ste. Genevieve Avenue and Route 00,…

Local writers being published in Chicken Soup for the Soul book

Christmastime holds many special memories for almost everyone. 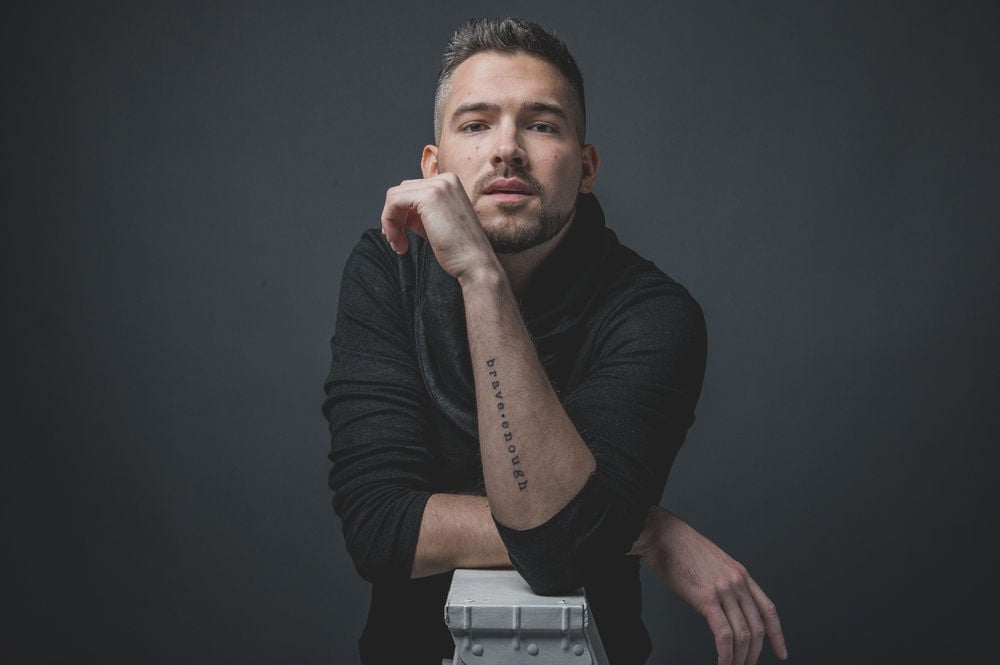 Brett Pruneau, a North County High School graduate, has overcome a vocal injury he feared would end his professional singing career. This week he is releasing new music that will be available on all major music services. Brett Pruneau has been working on a new music project, "The Real Thing," during his time off-stage in Las Vegas due to the pandemic. The mini-album features five songs that Pruneau said "follows a strong theme of human connection."