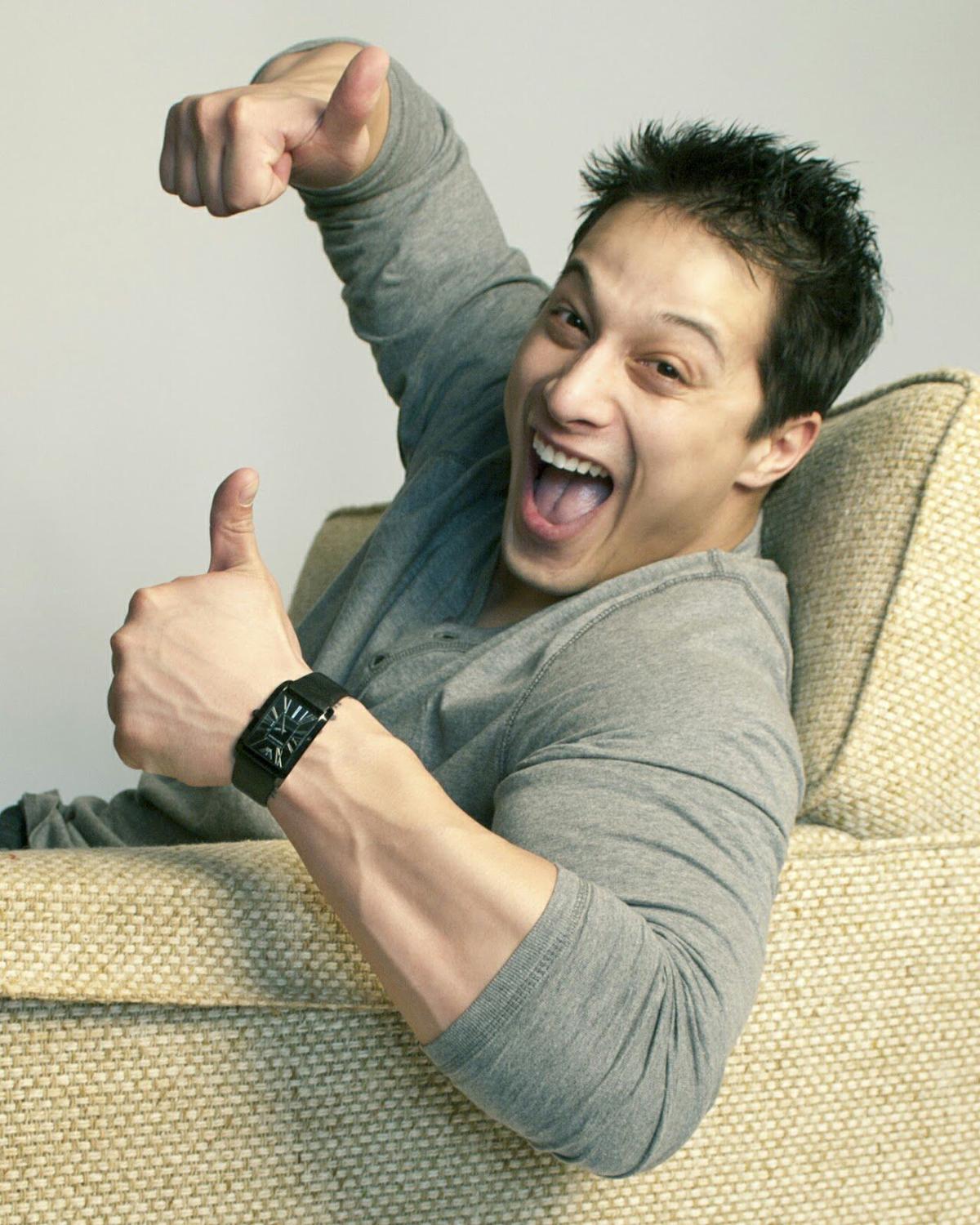 St. Louis stand-up comic JC Sibala is topping the bill at "Comedy Night" The event takes place beginning at 8 p.m. June 27 at AMVETS Post 113 at 3756 Pimville Road, off Highway 221. In addition to Sibala, the show is featuring Will O'Donnell and Cori Stewart, with special guests Eric Rueseler and Elijah Zion. 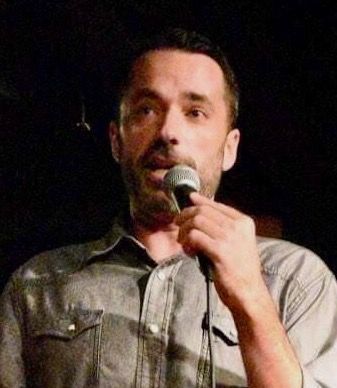 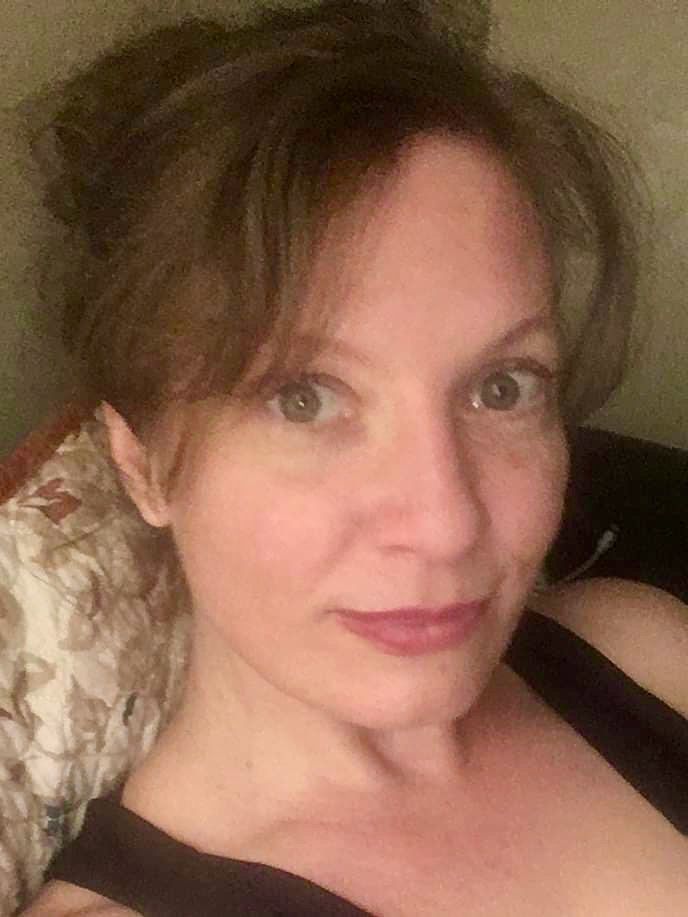 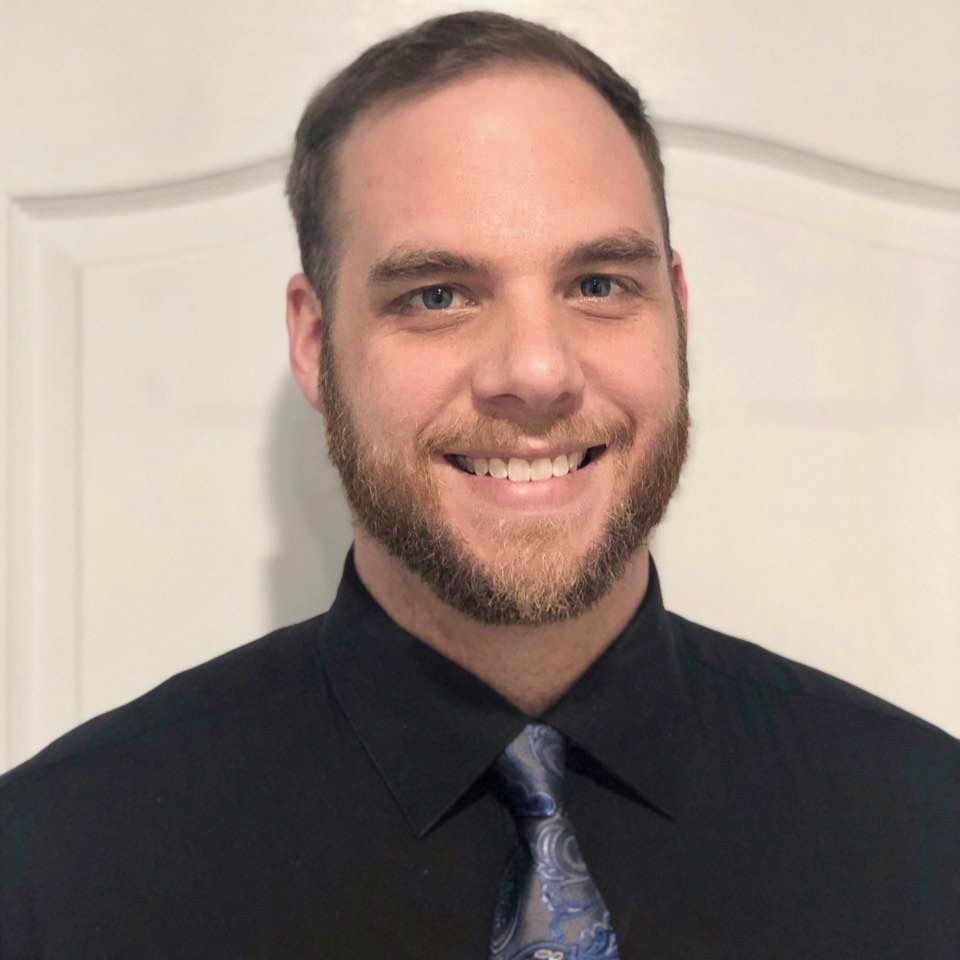 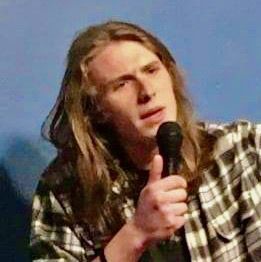 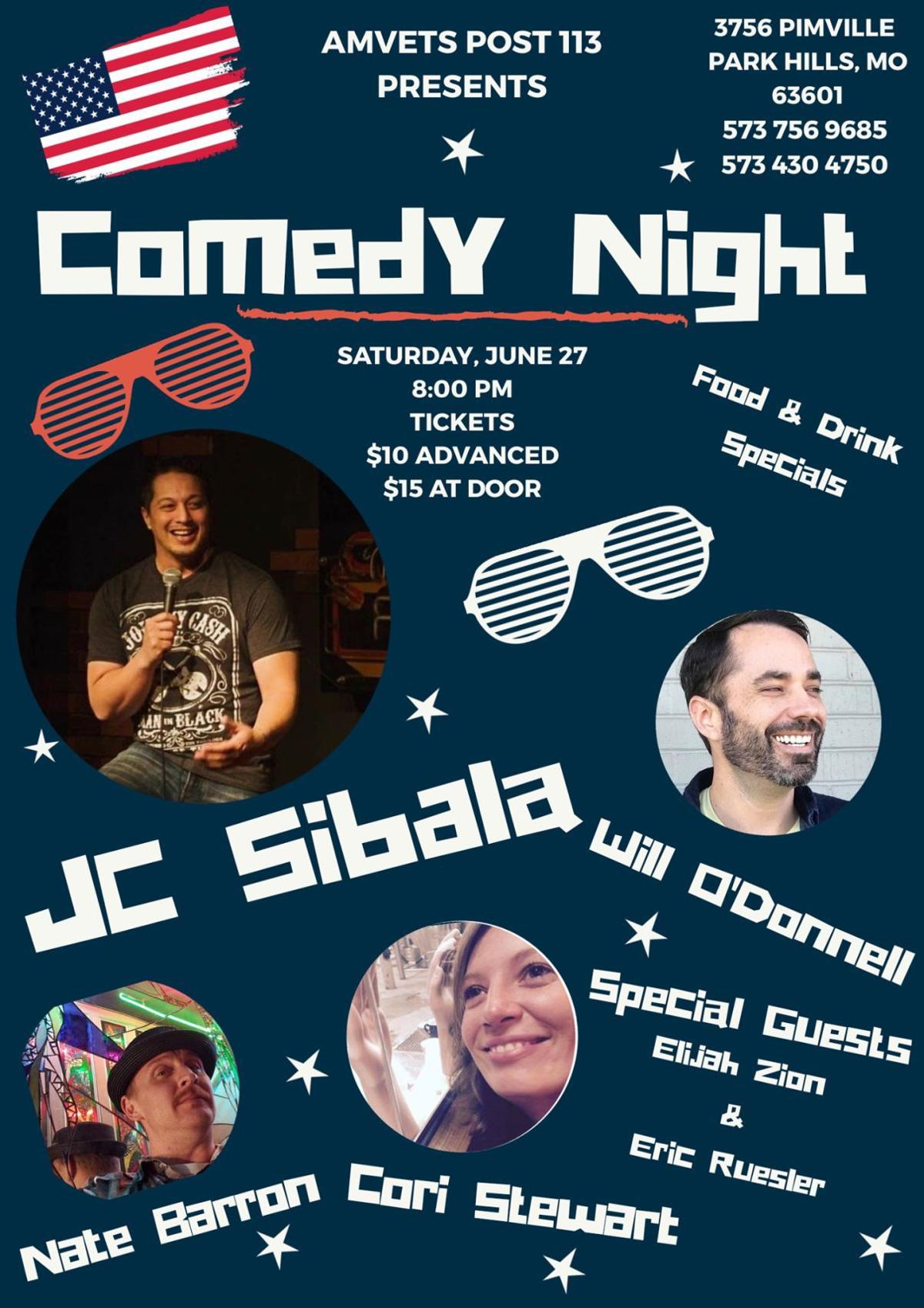 Nate Barron, a St. Francois County resident, stand-up comic and comedy show producer, believes it’s time for people to laugh again. So, for the first time since the coronavirus pandemic put everybody's life on hold back in March, he’s got a Comedy Night planned for June 27 at AMVETS Post 113, off Highway 221 at 3756 Pimville Road.

Barron explained that the show had initially been set for a much earlier date.

“We originally had the show scheduled for May 9,” he said. “The day we went into quarantine and they announced that everything was closed, that was the day we decided on May 9.  I said, ‘We’ll just kind of see where we go from there. Obviously, that didn’t happen, so after they lifted the quarantine, I reached out to AMVETS and said, ‘Hey, we need to talk about rescheduling.’"

While Barron and the AMVETS were anxious to get the show on the calendar, they had to make sure the time was right.

“We didn’t want to go too close because we wanted to be safe and responsible, but this is far enough out that people will feel safe and it will be comfortable. Stand-up is perfect for this kind of thing. It’s not like anybody’s going to be in a mosh pit dancing. You can sit people away from each other and at the same time laugh. We need a laugh because things are sad right now.

“I say, ’23 hours a day can be sad and mad, but let’s have just one hour to laugh.’ Let’s just take the darkest thing, or whatever, and let’s just laugh at it for an hour. We’ve got to find a way to deal with it because it’s still here. I’m tired of being sad and mad at everything, and I feel like everyone else is tired of being sad and mad at everything, so come out and just forget about stuff for an hour.”

Barron began promoting comedy shows in the area about two years ago.

“We had our first show at Spokes and it was an immediate success,” he said. “They wanted to do another one right away and I said, ‘All right,’ and I took that success and did shows at other places around here. Two shows later I’m 18 shows in now and I’ve had like seven or eight of them sell out.

“A lot of it has just been for fun, but for the past couple of years I’ve noticed that with my success and networking, this might blossom into something more,” Barron said. “At the same time that I want to be good at stand-up comedy, I’ve become good at producing shows and live entertainment in general. It’s been kind of weird. So, I’ve kind of parlayed into that almost, but my main focus is doing stand-up.”

Asked how he selects the stand-up comics he brings to St. Francois County to appear in his shows, Barron said, “My first rule is book who I want to watch. I want to have fun, so I figure I can’t be the only one that thinks the same way, so I’ll book according to that audience — but at the same time — with the comics I feel are going to be good for them, but I’m going to enjoy.

"I don’t want to patronize. I don’t want to pander. I want to bring good quality stand-up comedy. It’s got to be more than somebody with a puppet or ‘get ‘er done.’ Both acts are great, but I want a little more substance. Fortunately, St. Louis is a huge scene for stand-up comedians and just full of talent. We have Helium, Funny Bone, Backdoor Comedy Club, you know, all these avenues for comedy. Chris Denman from ‘We Are Live!’ has been promoting stand-up for the past five years.

“At the same time, while in St. Louis doing stand-up, I’m becoming friends with everyone because that’s what you do. I have friends from borderline homeless people to doctors at SLU (Saint Louis University) that do stand-up. It’s a weird, awesome mix, a potpourri of diversity, pretty much. I got to know all of them, and I’ve been watching these guys. We all watch each other so much at open mics, at shows and everything.”

Barron is excited about the lineup he has coming for the June 27 Comedy Night at AMVETS. Headlining the show is JC Sibala and featuring Will O'Donnell and Cori Stewart, with special guests Eric Rueseler and Elijah Zion.

Barron offered his thoughts on each of the comics appearing at Comedy Night.

“JC is great,” Barron said. “He talks a lot about everyday stuff that everybody can relate to. The audience is going to love him! He’s a regular at the Comedy Store and on the Joe Rogan Show.

“Will is a fixture on the St. Louis comedy scene and can be found performing regularly at Funny Bone. He also hosts a weekly showcase on Wednesday at Parrots Bar-and-Grill in St. Charles.

“Corey performs regularly across Saint Louis, and in Southern Illinois, and Southeast Missouri. She’s a regular at the Helium Club and the Backdoor Comedy Club in St. Peters.

“Eric has become an undeniable force in the St. Louis scene while really building a strong community in his area of Cape Girardeau. He performs and opens regularly for national acts such as Billy Gardell, along with other touring acts.

“Elijah is a one-liner monster. He has been dominating the Perryville area while hosting his monthly showcase at J Street Brewery.”

Located in the basement of The Factory in Farmington, many people might think of Aesop’s Treasury as just a used book store.

Hiking off the beaten path

There is no shortage of places to hike in the Parkland area.

Eckert’s Farm, the family farm in Belleville, Illinois at 951 S. Green Mount Road, and in Grafton, Illinois at 20995 Eckert Orchard Road, has …

If capitalism is the lifeblood of the American economy, at one point in the nation’s history, the railroad lines were the major arteries pumpi…

St. Louis stand-up comic JC Sibala is topping the bill at "Comedy Night" The event takes place beginning at 8 p.m. June 27 at AMVETS Post 113 at 3756 Pimville Road, off Highway 221. In addition to Sibala, the show is featuring Will O'Donnell and Cori Stewart, with special guests Eric Rueseler and Elijah Zion.