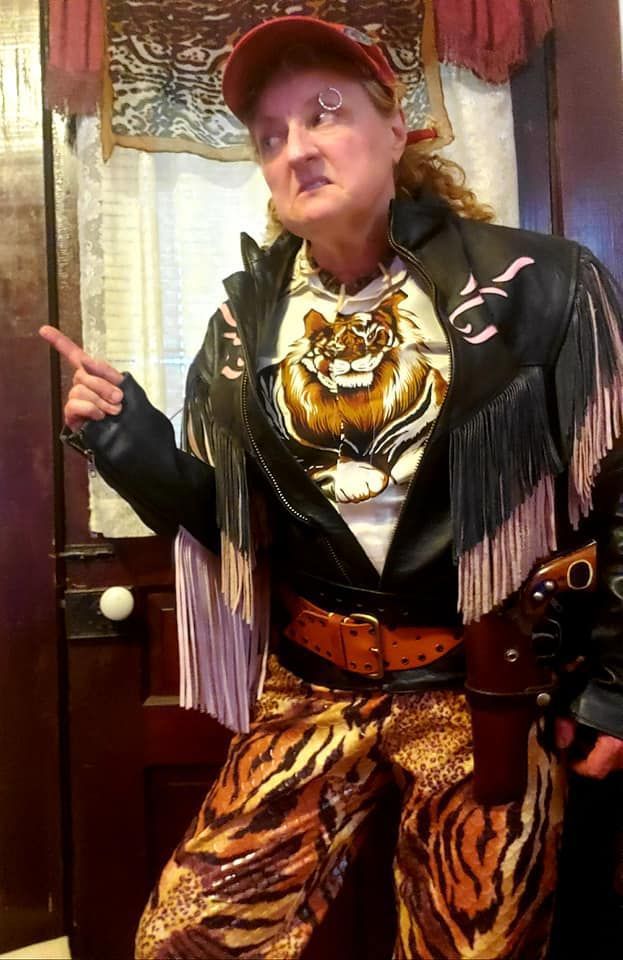 One of Farmington resident Vicke Visnovske's Facebook homages to "Tiger King." She has dressed up as additional pop-culture characters using costumes and props from her extensive collection at home. 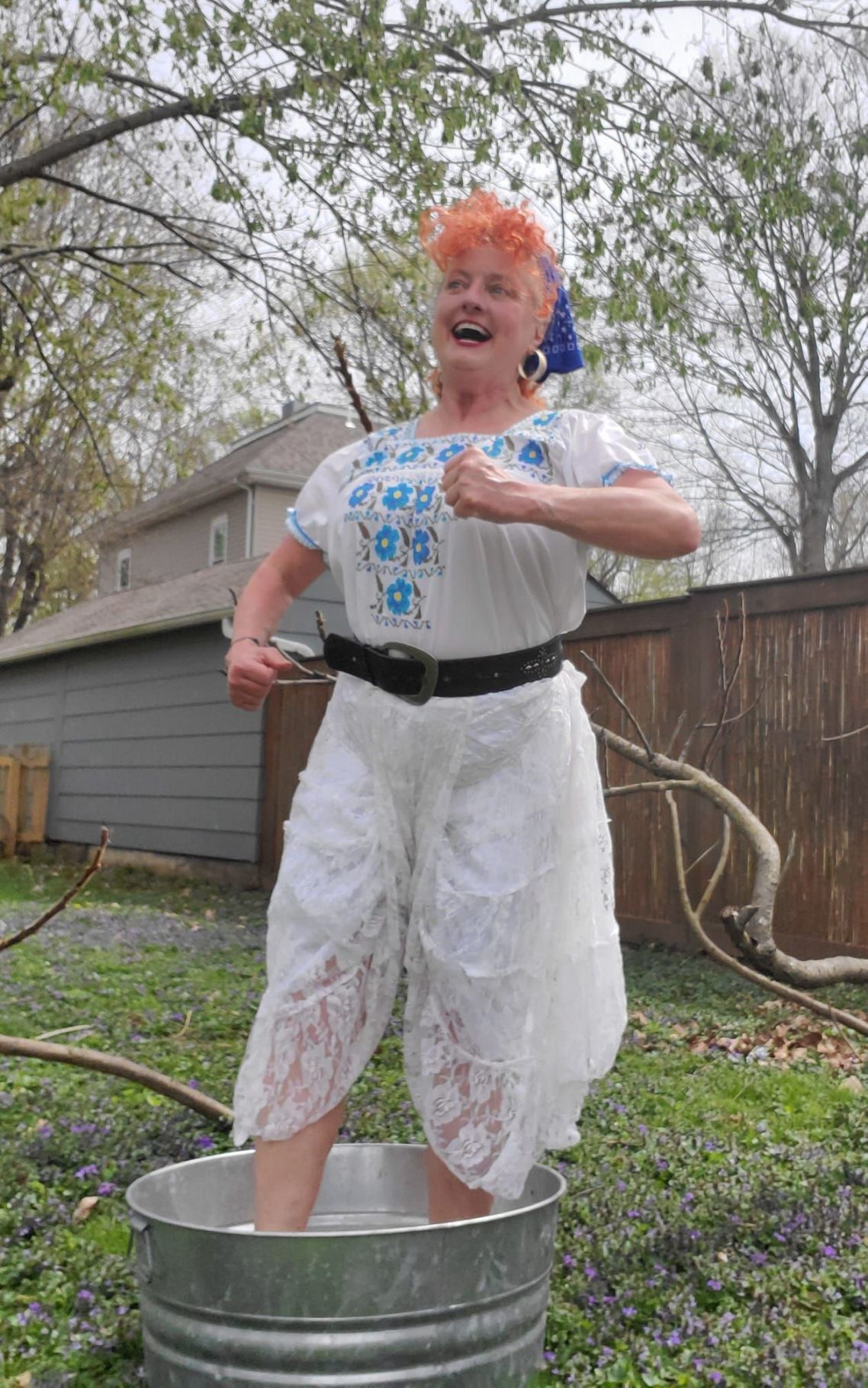 Visnovske as Lucille Ball from the iconic, 1956 grape-stomping sketch. 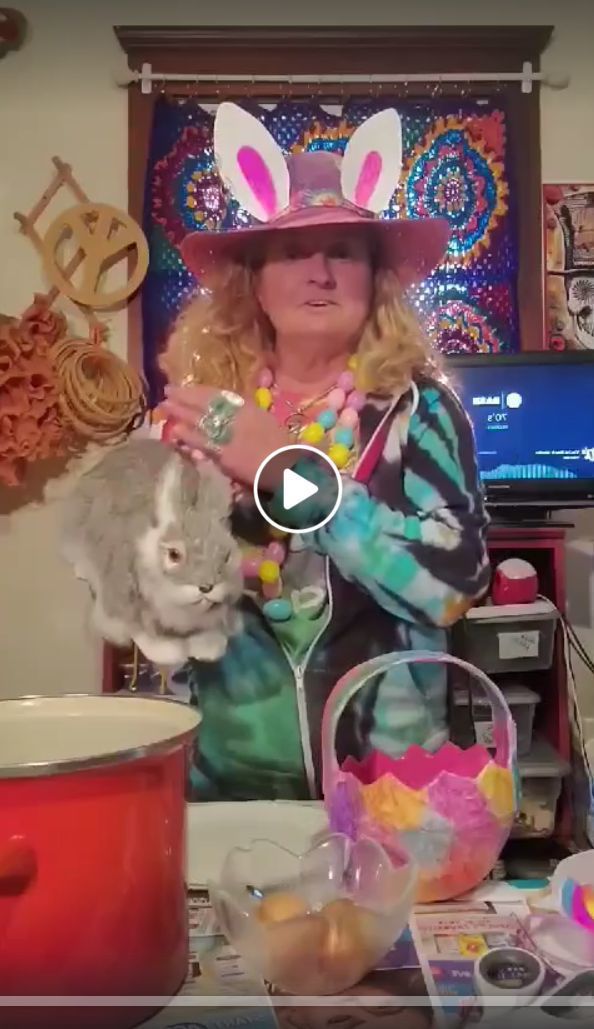 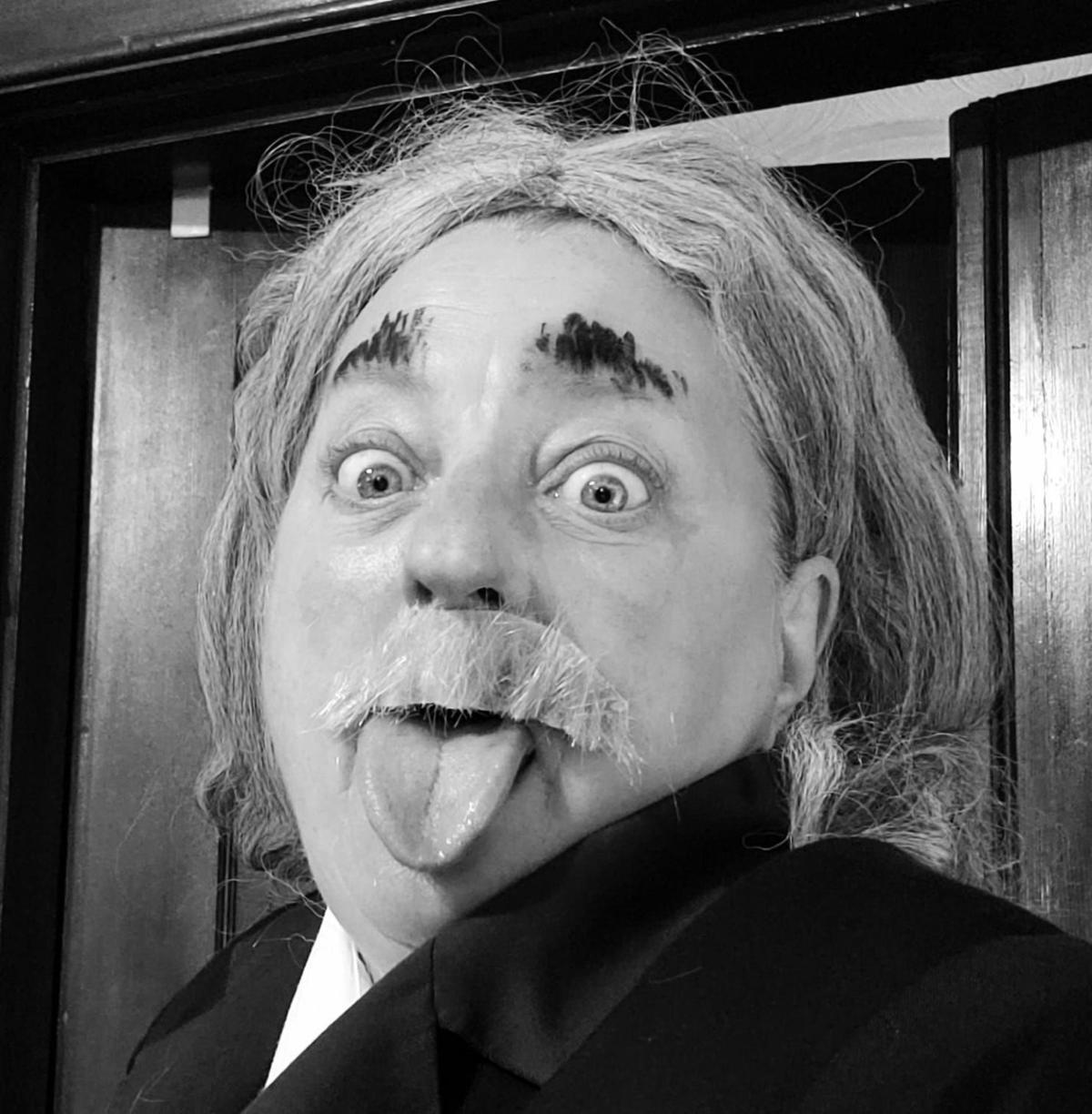 With the spread of the coronavirus epidemic and the need for widespread quarantining, people are finding creative ways to stay active and entertained at home.

One Farmington woman with boundless energy, enthusiasm and creativity seems to have mastered the art of self-entertainment to the point she’s now entertaining others through her do-it-yourself art videos, craft projects, costumes and commentary, all delivered by YouTube, Facebook and TikTok.

“I’m the worst when it comes to technology, I usually rely on my kids to show me the ropes,” said Vicke Visnovske, who’s also known for her amazing tie-dye skills and her extravagant holiday tableaus in front of her house in Farmington.

When she’s talking about her kids, by the way, she’s referring to the Clearwater School District students to whom she teaches art, grades 7-12. Her adult daughter, Damiana, is in California.

“That TikTok just about liked to kill me,” Visnovske said. “Have you been on that? Well, don’t. It’s a mess.”

Be that as it may, she recently pulled off a charming, homemade, TikTok homage to Lucille Ball’s 1956 grape-stomping sketch using that increasingly-popular Chinese app for sharing short videos, just for fun.

For work, she’s been using her YouTube channel, https://www.youtube.com/channel/UCQlVFumW4AtrGYr2yo_feKQ/videos, to create art lessons for her quarantined students, some of which involve the concepts of perspective and shading, and some that deal with developing skills such as watercolor painting, flower-pressing and papier-mache.

She even did a demonstration on making “eyes of god” crafts, which involve weaving yarn in a circle around a cross made of popsicle sticks for a pretty hanging ornament. She said she tries to come up with ideas for projects that would use cheap, handy items around the house — flour for papier mache, plain paper, crayons, pencils, scissors, glue, yarn … even making 3D pictures of snakes on cardboard from a pizza box, using mud as paint. “Evr’body has mud,” she says in her video “Mud & Snakes.”

“What I’m finding is, not only do my students see my videos, which they find on YouTube — I don’t use Facebook for work — but where I’m Facebook friends with my former students, their kids are watching my art lessons and trying it out, and that’s pretty neat,” she said. “One of my former students was real touching, she said, ‘I was afraid my kid would never get the opportunity to take art lessons from you, but now they can.’ I thought that was just great.”

What you won’t find on Visnovske’s videos is belabored detail on how to get organized for her projects.

“Do you ever watch art videos? I’ve seen a few, and they’re usually like, ‘Now what you’ll need is a number 2 pencil, some glue and some scissors,” she said, laughing. “They expect you to get a whole list of stuff. I just do it and they’ll figure it out, because if someone needs me to tell them they need a scissors to cut paper, I probably can’t help’em, I ain’t making no dadgum list.”

Part of the attraction of Visnovske’s art-lesson videos is her folksy delivery, the cameo appearances by her cat Piddle and dog Em, the funky music she has in the background — which occasionally inspires a Zumba-shimmy, another activity she’s been passionate about — and her constantly changing, always-colorful wardrobe choices.

Visnovske’s got a variety of wardrobe choices, and she has a variety of costume material at her house. And props. Anyone who has enjoyed her outsized, often homemade holiday decorations for Christmas and Halloween knows that her costume and prop supply is almost as limitless as her imagination.

An admitted pack-rat, she can pull out a sequined fedora if she needs it. Oversized Bugs Bunny for an Elmer Fudd costume? No problem. Denim overalls and wig to recreate Hee-Haw’s Junior of “BR549” fame? A cinch. And for the entertainment of her friends on Facebook, she has impersonated all of these pop-culture characters, and more.

The latest dress-up series was partly inspired when she watched the currently-popular Tiger King show on Netflix.

“Oh my gosh, when I watched that show, I saw a jacket similar to one I have in my closet,” she said. “And then I realized I have a lot of Joe Exotic’s wardrobe. It was the craziest thing.”

So she dressed up as Joe Exotic. And pretty much the rest of the cast. She improvised on the teeth, hair, and tattooes, but the effect is spot-on recognizable.

“And then the other characters just took off from there,” Visnovske said. “Everybody was cracking up, and I decided to keep it up, just to lighten the mood a little bit. It's just so sad and serious right now, you know, and when I saw that show I was like, this is an opportunity.

"I've got all this crap here, it's like Universal Studios and every day is Halloween. So it’s awesome to make people laugh. Yeah.”

Looking Back: Sarah's favorite stories from 2020

As people quarantine at home due to the coronavirus, one Farmington resident, art teacher Vicke Visnovske, is drawing from her extensive colle…

One of Farmington resident Vicke Visnovske's Facebook homages to "Tiger King." She has dressed up as additional pop-culture characters using costumes and props from her extensive collection at home.

Visnovske as Lucille Ball from the iconic, 1956 grape-stomping sketch.