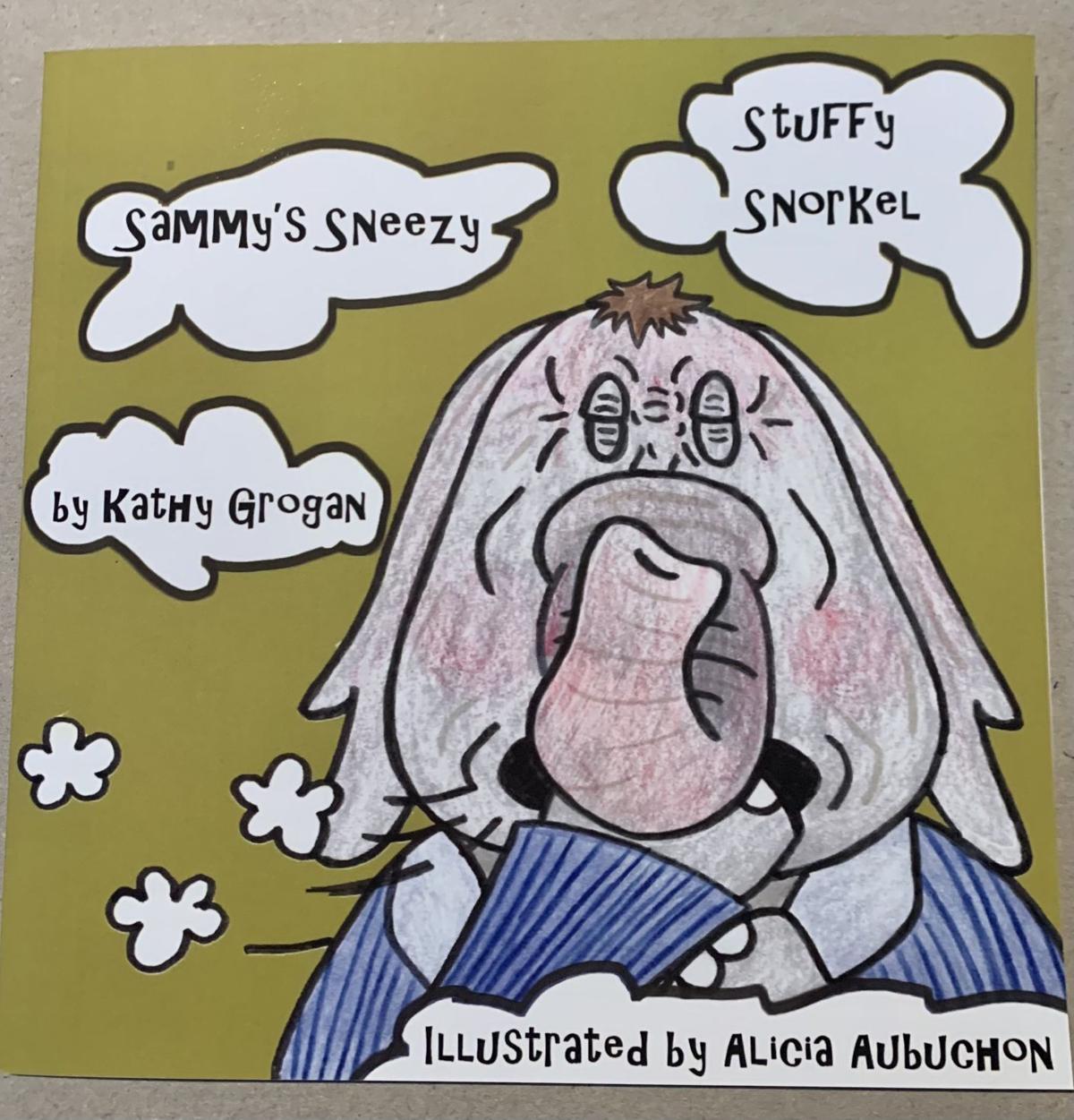 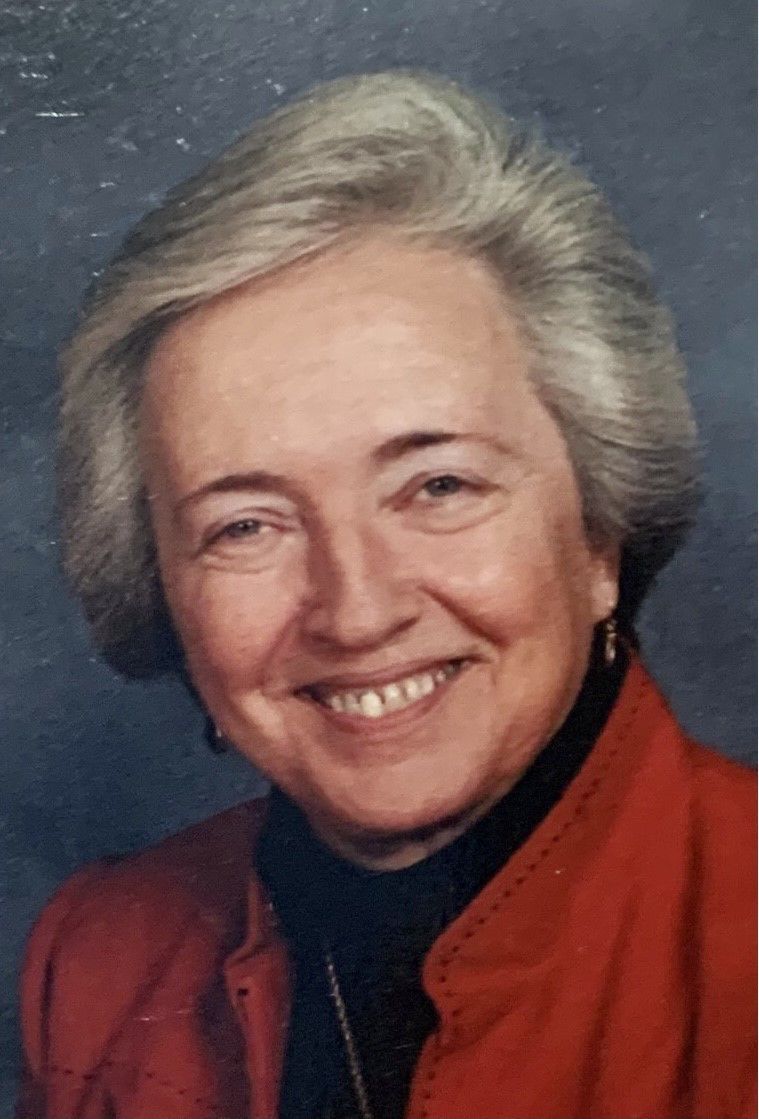 Prolific local children’s book author Kathy Grogan, whose Patty Penguin series finds the arctic bird pursuing a variety of capers, is ready to unveil her latest work at a series of book-signings timed for the holidays.

A new character, Sammy the elephant, struggles mightily against his cold in “Sammy’s Sneezy Stuffy Snorkel,” available for purchase during the book signings and also at various locations in St. Francois County.

Grogan said she got the idea for her latest book after her 2-year-old grandson’s bout with sniffles.

“When he sneezed one day, he made this funny noise with his nose and being a grandma who likes to have fun with the kids, I said, ‘Oh, do you have a sneezy stuffy snorkel in your snout?’” she said, then paused to think, “Oh…. wait, while I write that down.”

Grogan’s other reason for writing the feel-good book about a temporarily-sick elephant is to soothe kids’ fears their illness might be more severe than it really is.

“So many people have talked to me about kids who are afraid if they catch a cold or get sick, they're going to die,” she said. “These little ones, they hear a lot from TV, or people talking and they hear all about these people dying of COVID.

“They don't understand that COVID and the common cold are not the same thing. So yeah, they're afraid if they get sick, they're gonna die, bless their hearts. They're sort of wondering what's going to happen to them. Or if Mom or Dad get sick or whoever.”

And so she challenged herself to figure out how to tell kids, in a fun, light-hearted way, that everything will be OK.

“Sammy helps them to understand that they can be sick and feeling really bad, and yet, get better. It's OK. They don't have to be afraid,” she said. “And so with this book, they see a Sammy who is really miserable — the illustrations show he's feeling worse and worse and worse.

“He makes a comment during the stories that he has a sneezy stuffy snorkel in his snout, and he really, really wants it to get out. And by the end, it does. So it really shows the kids, you can go through that process of feeling bad.”

In addition to a children’s book on Groundhog Day — written because she’s said she couldn’t find one — and 10 Years of New Beginnings — recollections and inspiration gained through her grief and loss support group and published in 2010 — Grogan is known for her Patty Penguin series:

• Patty Penguin: It’s No Fun Being Sick (2016), was her initial series idea, but she thought she had better properly introduce the character, so she wrote…

• Patty Penguin, Welcome to the World (2015), in which the heroine ventures out into the unknown to make new friends.

• Patty Penguin’s Favorite Days of the Year (2018) sees the gentle-hearted penguin sharing her favorite things about holidays throughout the year.

• What Patty Penguin Loves about Christmas (2019) celebrates holiday traditions and the birth of Jesus Christ, complete with penguin Nativity.

• What Does Patty Penguin See in the Tree (2020) explores how one penguin can make a variety of new friends who are different.

There's no better way to get into the holiday spirit than to attend Krekeler Jewelers Techni-Glow Christmas Parade. The popular annual event i…

Christmas in the Park and Santa Parade return to Desloge Saturday

The annual Christmas in the Park celebration is returning to Desloge this Saturday. The Desloge Library organizes the community event.

Your guide to finding holiday fun in the Parkland

Here's a list of area parades and fun activities to get ready for Christmas.

Once the last morsel of turkey and pumpkin pie have been eaten for the day and the Macy's Thanksgiving Parade is but a fond memory, the Farmin…

The Madison County Miracles on Main Street event will be 1 to 6 p.m., Saturday on the four main streets around the courthouse square in downto…

CASA holds Festival of Trees at Centene Center this weekend

CASA of the Parkland will be holding an expanded version of their Festival of Trees Friday and Saturday at the Centene Center.

Mineral Area Fine Arts Academy Theatre Director Jason Carr is so proud of the cast of “The Music Man” that he can’t even begin to make a list.

WATCH NOW: Movies in a Minute - "House of Gucci"

WATCH NOW: Movies in a Minute - "House of Gucci" 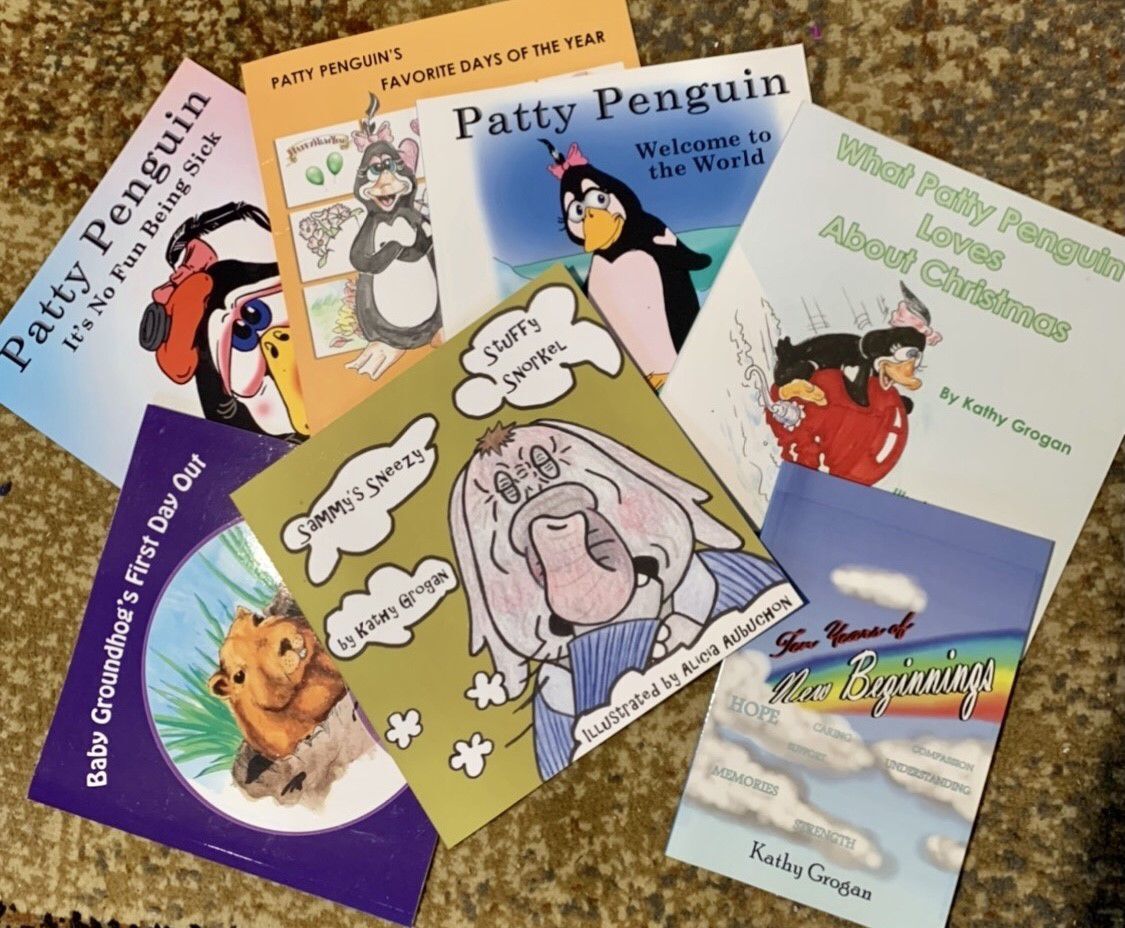 Kathy Grogan has written a variety of books over the years, most featuring the intrepid adventures of Patty Penguin.