Here's a collection curated by The Associated Press' entertainment journalists of what's arriving on TV, streaming services and music platforms this week.

"Clemency": Alfre Woodard gives a career performance as death row prison warden on the eve of another execution in this shattering drama about the psychological trauma of the job, which is available on Hulu starting Monday. Written and directed by Chinonye Chukwu, "Clemency" was well-reviewed but got unjustly overshadowed by some of the higher profile awards contenders when it was released in December.

"Doctor Sleep: The Director's Cut": This Danny Torrance-focused sequel to "The Shining" was a little divisive upon release, which wasn't all that surprising. Anyone who plays with Stanley Kubrick's iconography is bound to push some buttons. But director Mike Flanagan did manage the impossible task of pleasing both Stephen King and the Kubrick estate. And the film does have some undeniable pleasures, including Rebecca Ferguson's turn as the villain. His three-hour director's cut will be available on HBOMax starting Friday.

"Athlete A": Maggie Nichols, aka Athlete A, was the first to bring a sexual abuse allegation against former USA Gymnastics team doctor Larry Nassar. More than 500 women would follow. This new Netflix documentary from filmmakers Bonni Cohen and Jon Shenk focuses on the survivors, the journalists who broke the story and the failings of the USAG to protect its young athletes from a predator. It's available Wednesday.

Grey Daze: Fans of the late Grammy-winning screeching rock singer Chester Bennington will get a chance to hear him one more time. Before Linkin Park, Bennington was in the rock band Grey Daze and more than two decades after leaving the group, the album "Amends" featuring tracks from Grey Daze's mid-90s catalog re-recorded last year with Bennington's re-mastered vocals will be released. The remaining band members, Sean Dowdell, Mace Beyers and Cristin Davis, along with Bennington's parents and widow Talinda, helped bring the project to life. It will be released Friday, three years after Bennington's death.

HAIM: It's been three years since sister trio HAIM have released a new album. On Friday, they will drop "Women In Music Pt. III," their third studio release, which finds middle sis Danielle in the co-producer chair (along with frequent collaborators Ariel Rechtshaid and former Vampire Weekender Rostam Batmanglij). The album was originally supposed to be released in April but got pushed back — like most things in the world — because of the coronavirus pandemic.

Jessie Ware: English singer Jessie Ware is the sultry love doctor on her fourth album, "What's Your Pleasure?" The project, originally to be released on Juneteenth, was moved to this Friday in deference to the holiday to commemorate the emancipation of slaves in the U.S. Associated Press critic Cristina Jaleru says the album "delivers on every level."

Showtime's "Black Monday" is back to finish up season two after the coronavirus forced a pause in post-production. The comedy, which pivots around the October 1987 worldwide stock market crash that gives the series its name, returns 8 p.m. EDT Sunday with four new weekly episodes starring Don Cheadle, Andrew Rannells and Regina Hall. Viewers who want to refresh their memory of the season's first six episodes, or just savor anew Cheadle's powerhouse performance, can head to Showtime's streaming service.

The late writer Michelle McNamara's investigation of a serial killer-rapist is explored in HBO's "I'll Be Gone in the Dark," a six-part docuseries debuting 10 p.m. EDT Sunday. McNamara, the wife of comedian Patton Oswalt, had immersed herself in the crimes of the so-called Golden State Killer in the 1970s and '80s in California. Her posthumously published book is the basis of the series that includes interviews with detectives, family members of victims and those who survived their attacker. In 2018, a former police officer was arrested in the case — two months after McNamara's book was released.

Worth Watching: No Fooling With 'Penn & Teller,' Court TV Gets 'Black and Blue,' Organists Have 'Pipe Dreams'

Which Shows are Eligible for the 2020 Emmy Awards?

"Promising Young Woman" film ends like many thrillers, and should have you talking for days. And Mulligan’s performance is the key to everything. She’s an obvious heir apparent to Glenn Close.

The 100 worst comedies of all time

It's been said that anything worth doing is worth doing badly — and comedy is no exception. Here's a look at the worst comedies of all time, according to IMDb and Metacritic.

If films premiered on streaming services, were they really films – or television shows?

Movies in a Minute: "The Little Things"

Movies in a Minute: "The Little Things"

Movies in a Minute: 'One Night in Miami'

Movies in a Minute: 'One Night in Miami' 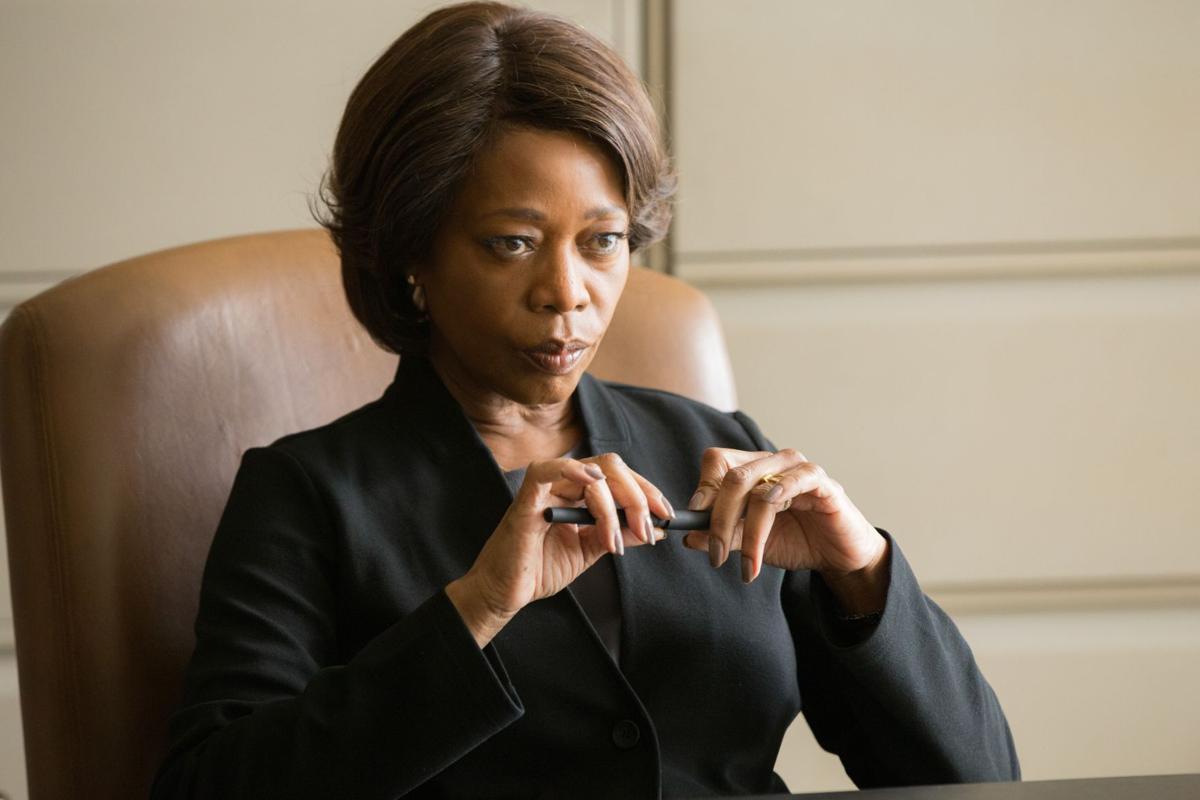 This image released by Neon shows Alfre Woodard in a scene from "Clemency." Woodard gives a career performance as a death row prison warden on the eve of another execution in this shattering drama about the psychological trauma of the job, which is available on Hulu starting Monday. (Neon via AP) 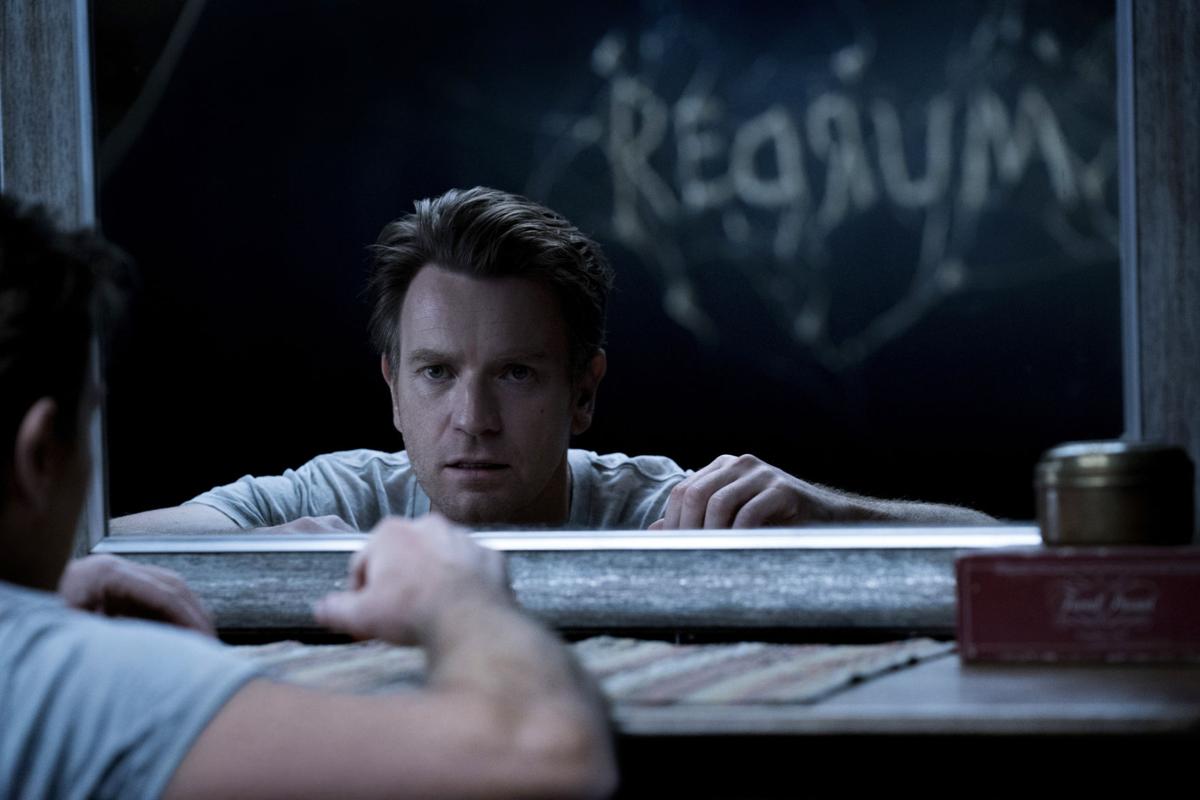 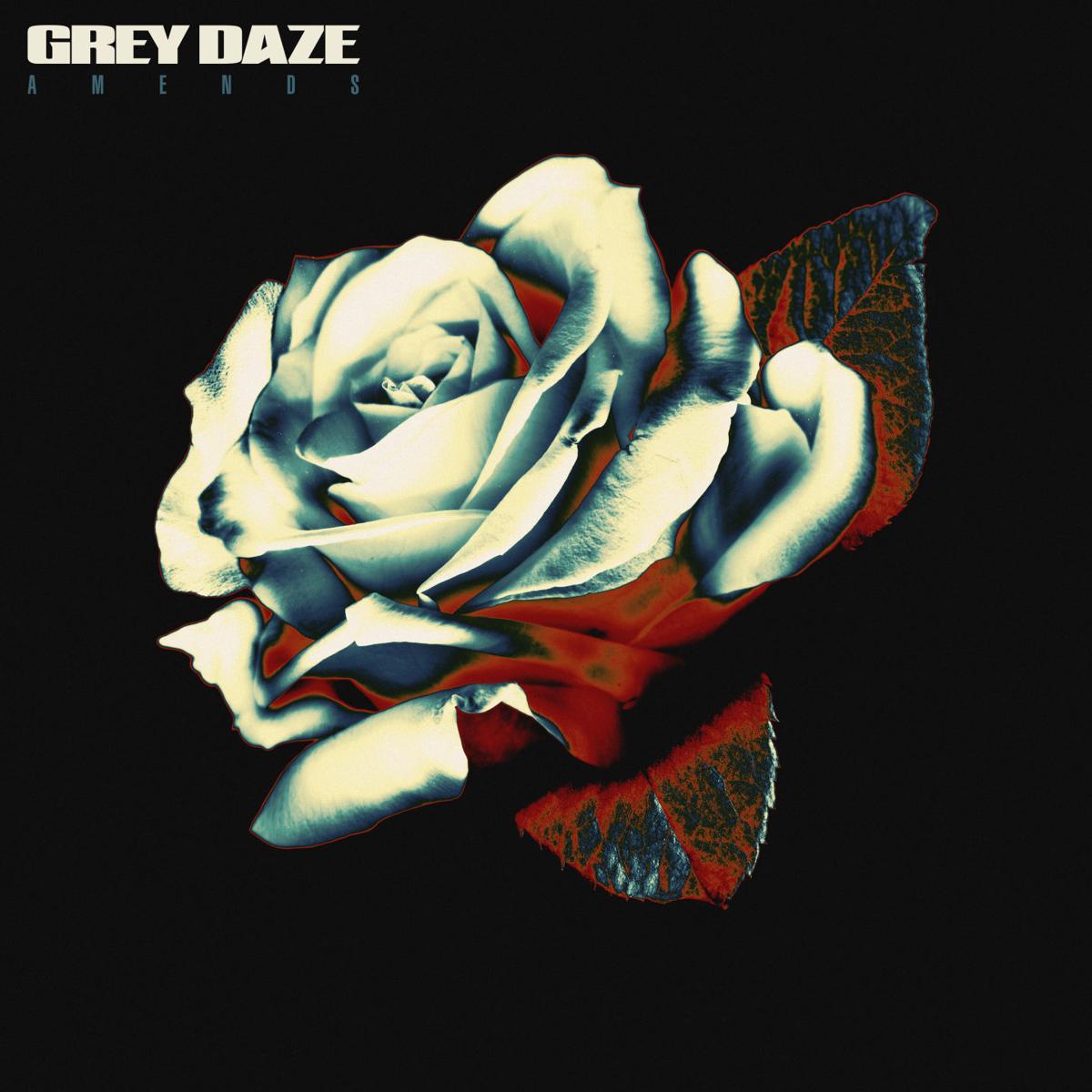 This cover image released by Loma Vista Recordings shows "Amends" by Grey Daze. Fans of the late Grammy-winning screeching rock singer Chester Bennington will get a chance to hear him one more time. Before Linkin Park, Bennington was in the rock band Grey Daze and more than two decades after leaving the group, the album “Amends” featuring tracks from Grey Daze’s mid-90s catalog, re-recorded last year with Bennington’s re-mastered vocals, will be released on Friday. (Loma Vista Recordings via AP) 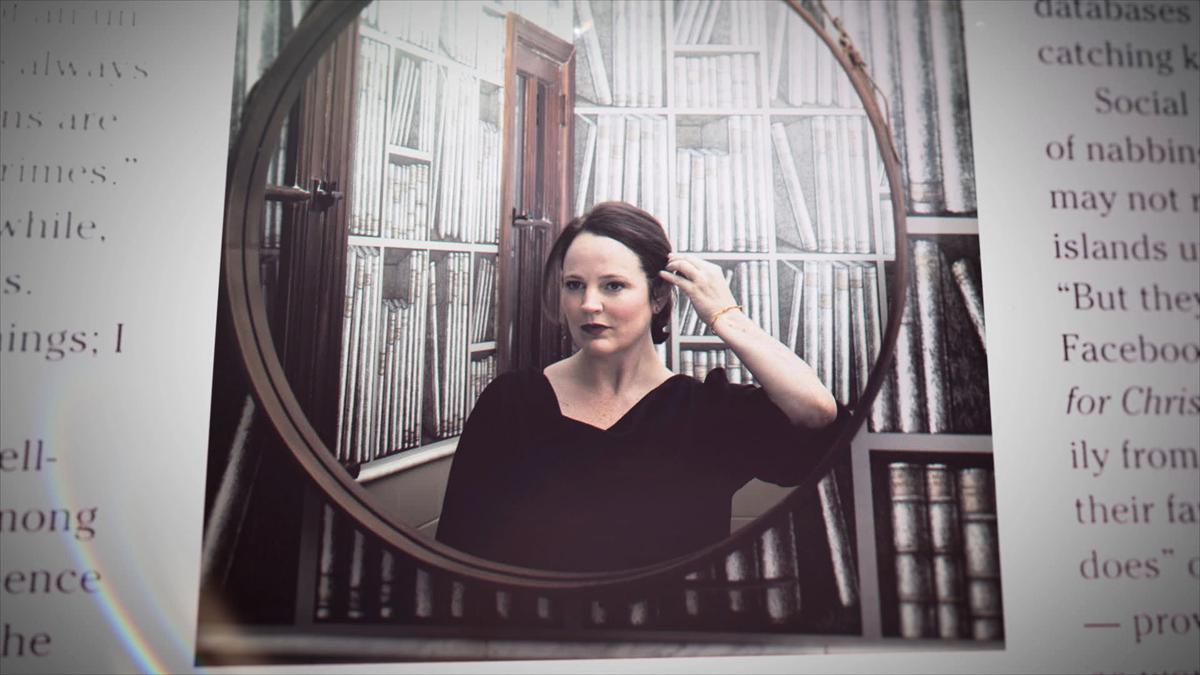 This image released by HBO shows late writer Michelle McNamara from the six-part docuseries “I’ll Be Gone in the Dark,” debuting on Sunday. (HBO via AP) 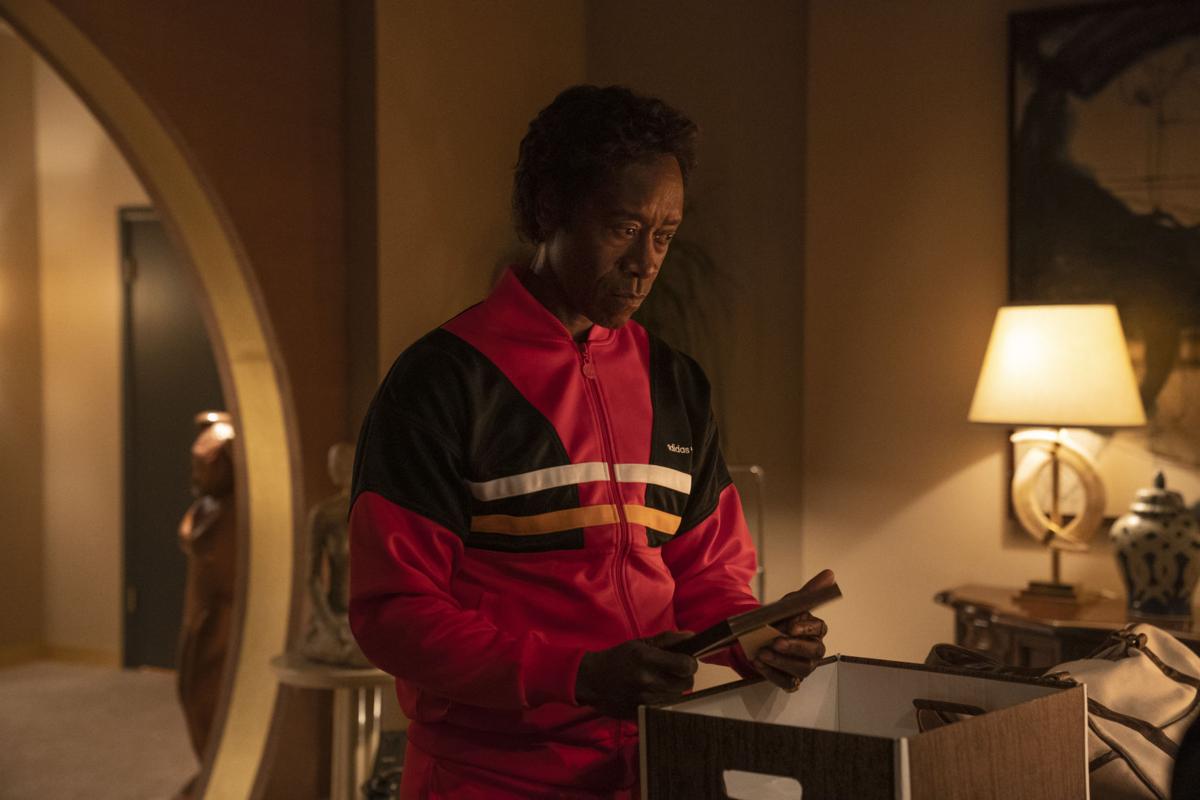 In this image released by Showtime, Don Cheadle appears in a scene from the series "Black Monday," returning Sunday on Showtime. (Nicole Wilder/Showtime via AP)