NEW YORK (AP) — About twice a month, the "Today" show looks like a home-shopping program. TV personality Jill Martin comes out for a four-minute segment called Jill's Steals and Deals, hawking discounted coats, watches or electric toothbrushes. Then she steers the show's millions of viewers to its website to buy.

What's not said on the air: nothing can be returned. And buying a product means shoppers automatically agree to sign over their rights to sue NBCUniversal, the network that airs the "Today" show.

Other daytime shows have similar segments, including "Good Morning America," ''The Real," and "The View." It's a way for the shows to make extra money. But for shoppers, it can mean unfavorable return policies and slow shipping times that are only explained on the website.

Edee Bruns didn't realize the "Today" show had a no-returns policy until a fitness tracker she bought showed up and didn't work. She paid $18 for it, which the "Today" show said was a discount of 82 percent from $99.95.

"It looks like a prize you would get at McDonald's," said Bruns, who lives in South Portland, Maine.

"I didn't expect it to be perfect," Bruns said about the fitness tracker. "I just expected it to work."

JoAnne Zucconi of Park Ridge, New Jersey, said she bought the same fitness tracker and that it "doesn't even go on." She got her money back by reporting the purchase to her credit card company.

The one bad experience won't stop her from buying from morning shows in the future because she's found good deals in the past for bags, children's books and American Girl dolls from both "Today" and "Good Morning America."

"Some of the stuff is really nice," Zucconi said.

Here's what to know if you're tempted to buy something from a TV talk show deal:

The shows are not offering discounted stuff out of the goodness of their heart — they're doing it for the money, said Edgar Dworsky, the founder of ConsumerWorld.org, which has written about the segments.

That can be confusing to viewers, who see the same hosts who interview high-profile politicians also promote products in a segment that looks like it is part of the show. Dworsky says the segments don't make it clear that the shows are making money, and instead flash a notice in fine print about receiving "financial consideration" or leave it up to their website to explain. "The consumer is left in the dark," said Dworsky.

The "Today" show, in a statement, says it takes a cut of total sales from Jill's Steals and Deals. Representatives for "Good Morning America," ''The Real," and "The View" did not return a request for comment.

MAKE SURE IT'S A DEAL

Before clicking buy, always go online and search the product to make sure the deal being promoted can't found elsewhere for cheaper. Also, read reviews and make sure the maker of the product seems reputable and has positive reviews.

Make sure you know the return policy before buying, since it can differ from product to product, even if you're purchasing from the same show. Sometimes the policy can be hard to find. At "Good Morning America" and "The View," both of which are aired on ABC, the return policy doesn't show up until right before checking out — and you'll need to click on a link to see it. Also, check if you need to pay shipping for returns, which is likely. In the case of "Today" and many of the products sold through "The Real," purchases can't be returned.

KNOW WHEN YOU'LL GET IT

The products are typically shipped straight from the company that makes them, which can mean slower than expected shipping. "The View's" View Your Deal website says most orders ship within two to five days of when the order is placed. At "Today," the Jill's Steals and Deals website tells shoppers that items are shipped within two weeks of purchasing them.

Viewers that buy something from the "Today" show may not realize they are also automatically blocked from suing NBCUniversal. Instead, anyone with a claim would have to go into arbitration with the company. Consumer advocates have long said that arbitration clauses are bad for consumers and designed to protect companies. To check if you're signing off your rights to sue, click on the "Terms" section on the bottom of the website, where arbitration clauses are typically placed.

The "Today" show says it will "make every reasonable effort to informally resolve any complaints, disputes or disagreements that consumers may have with us."

How to avoid utility scams

How to avoid utility scams

The number of COVID-19 cases continue to decline in most of the Parkland area.

If you don't know where your onions came from, throw them away to prevent salmonella, CDC says

A salmonella outbreak that has sickened more than 600 people in 37 states has been linked to various types of imported onions, federal health officials said.

Deborah Guggenberger’s heart raced as she picked up the phone.

Fall tree quiz: How well do you know your leaves?

Do you think you have a good handle on identifying trees by merely looking at their leaves? See if you can identify these 10 common trees.

Mindful eating could change your food habits and overall life. Here's how to start

If you want to try mindful eating, here's what else you should know about getting started and potential hurdles.

Desloge resident Lisa Gibson is a perfectionist. She tackles any task tirelessly and with complete commitment and always with a strong work ethic.

Scientists temporarily attached a pig's kidney to a human body and watched it begin to work. What's it mean for life-saving transplants?

Cancer of the breast, the leading cause of cancer deaths among women, has received national spotlight every October for the last 36 years. One…

Ivermectin has been lifesaving for people with parasitic infections like river blindness and strongyloidiasis. But taking it for COVID-19 may result in the opposite effect. Here's a brief history. 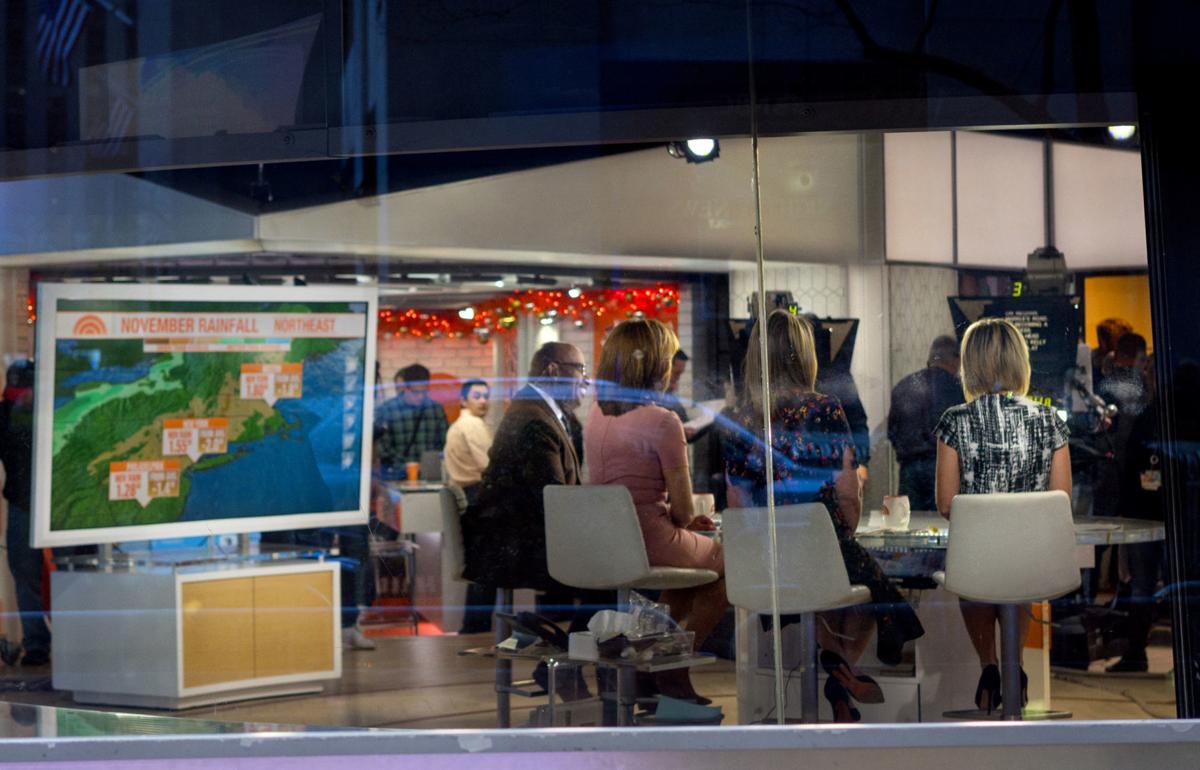 FILE- In this Nov. 29, 2017, file photo "Today" show co-hosts, seated from left, Al Roker, Hoda Kotb, Savannah Guthrie and Dylan Dreyer appear on the set during their broadcast in New York. About twice a month, the “Today” show looks like a home-shopping program. TV personality Jill Martin comes out for a 4-minute segment called Jill’s Steals and Deals, hawking discounted coats, watches or electric toothbrushes. Then she steers the show’s millions of viewers to its website to buy. (AP Photo/Craig Ruttle, File) 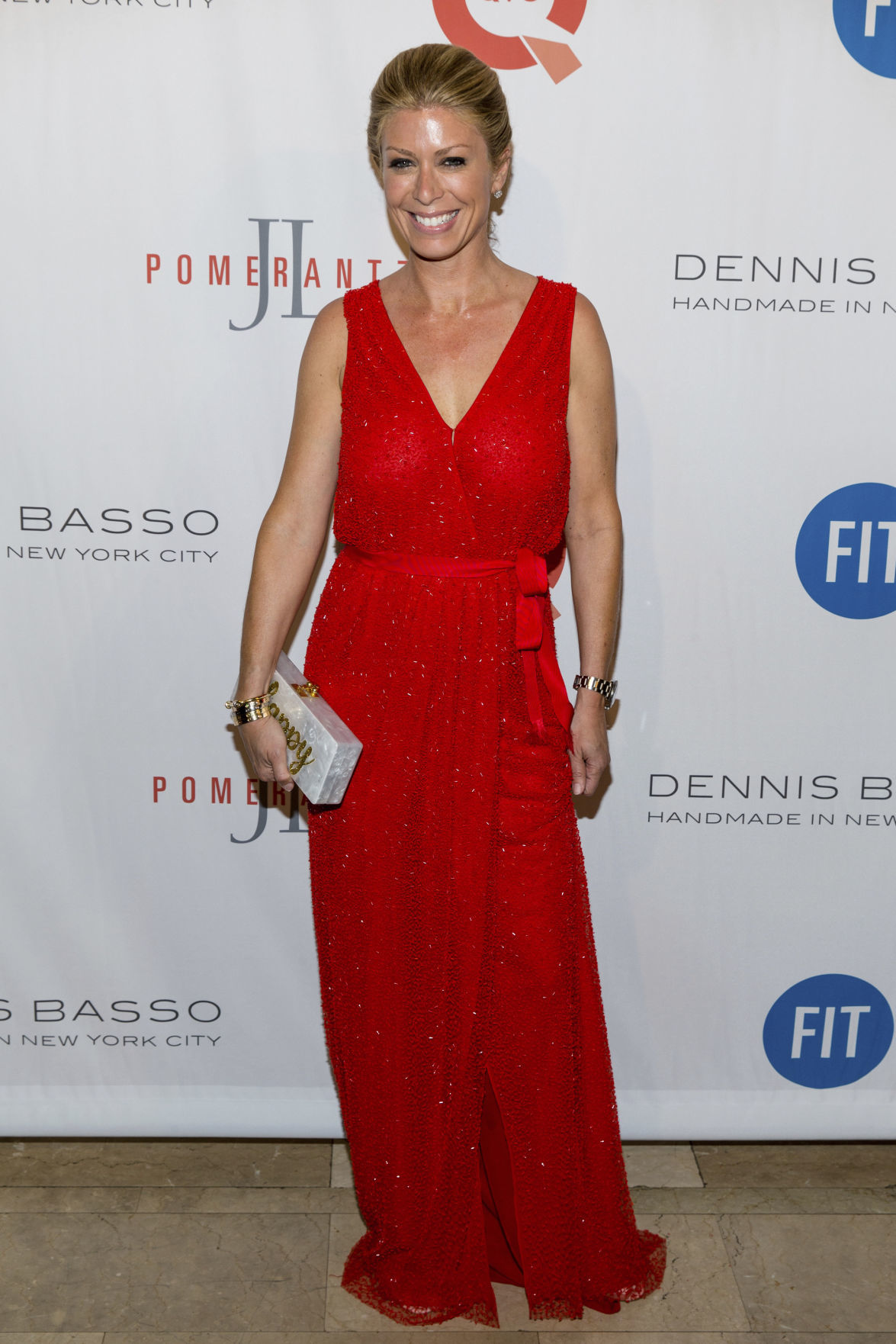 FILE- In this May 9, 2016, file photo Jill Martin attends the Fashion Institute of Technology Annual Gala benefit at The Plaza in New York. About twice a month, the “Today” show looks like a home-shopping program. Martin comes out for a 4-minute segment called Jill’s Steals and Deals, hawking discounted coats, watches or electric toothbrushes. Then she steers the show’s millions of viewers to its website to buy. (Photo by Michael Zorn/Invision/AP, File) 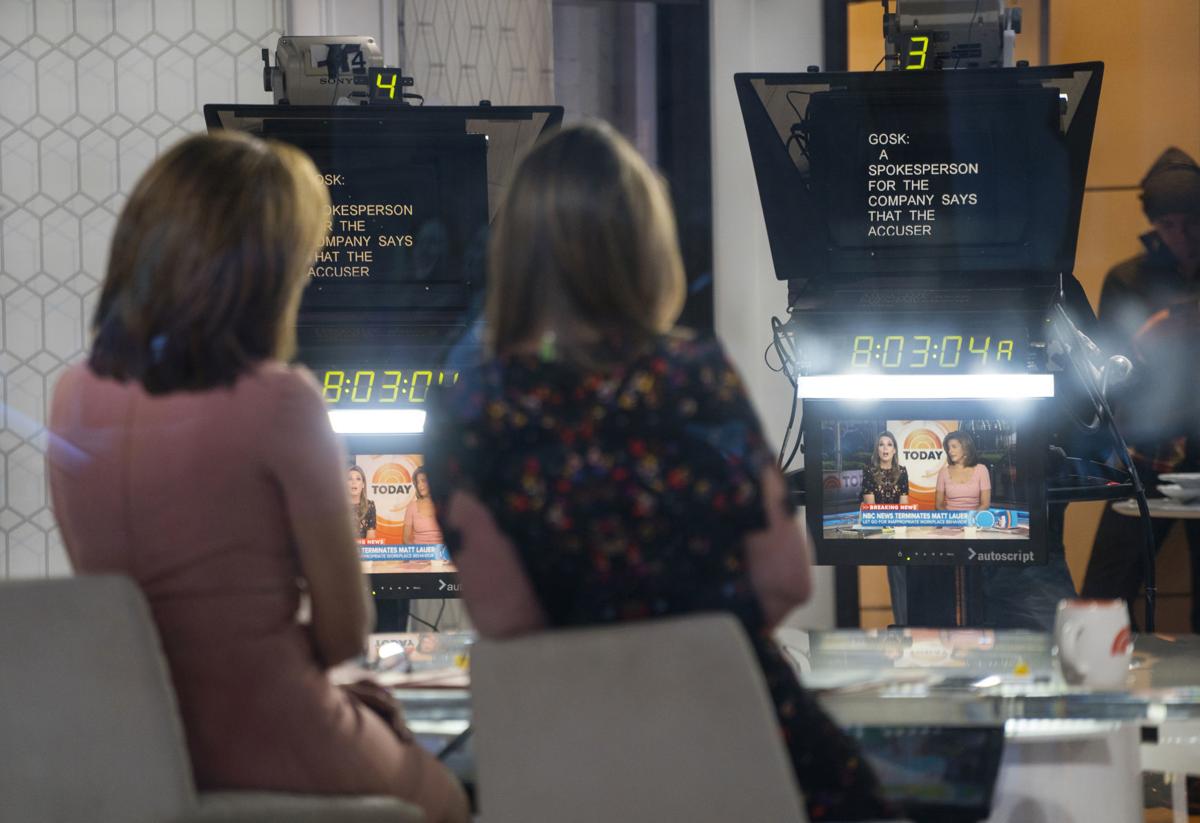 FILE- In this Nov. 29, 2017, file photo hosts Hoda Kotb, left, and Savannah Guthrie work on the set of the "Today" show in New York. About twice a month, the “Today” show looks like a home-shopping program. TV personality Jill Martin comes out for a 4-minute segment called Jill’s Steals and Deals, hawking discounted coats, watches or electric toothbrushes. Then she steers the show’s millions of viewers to its website to buy. (AP Photo/Craig Ruttle, File) 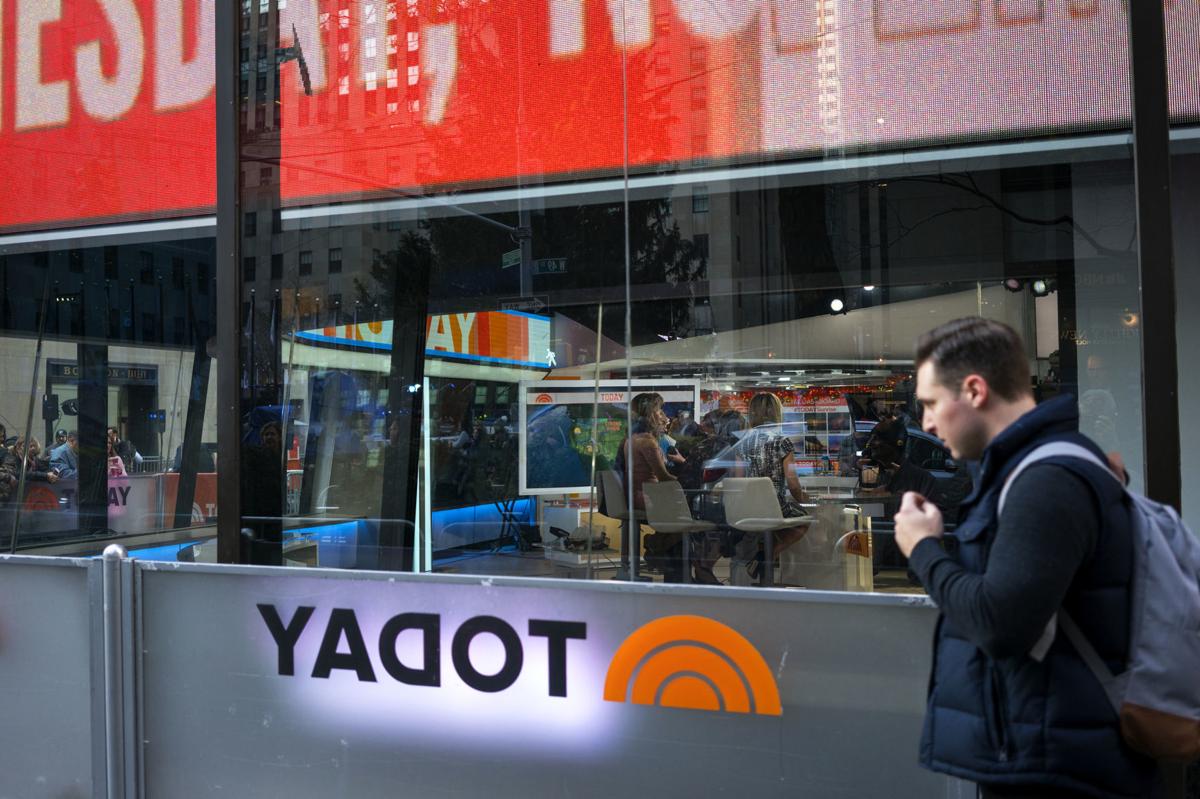 FILE- In this Nov. 29, 2017, file photo a person passes by the set of "Today" show during the broadcast in New York. About twice a month, the “Today” show looks like a home-shopping program. TV personality Jill Martin comes out for a 4-minute segment called Jill’s Steals and Deals, hawking discounted coats, watches or electric toothbrushes. Then she steers the show’s millions of viewers to its website to buy. (AP Photo/Craig Ruttle, File)