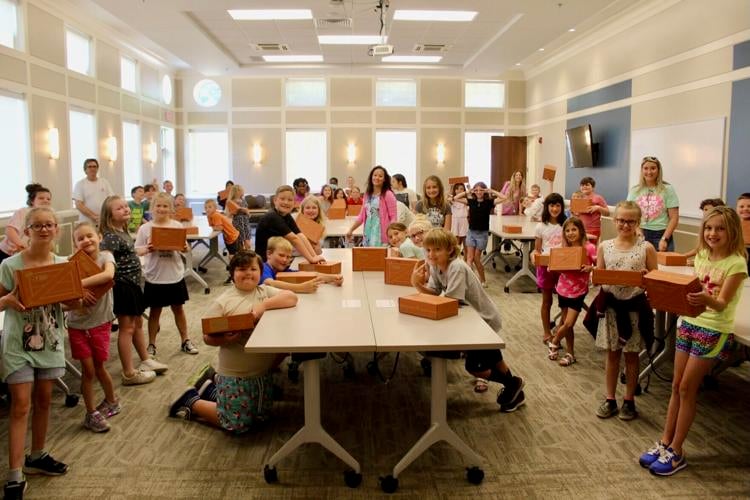 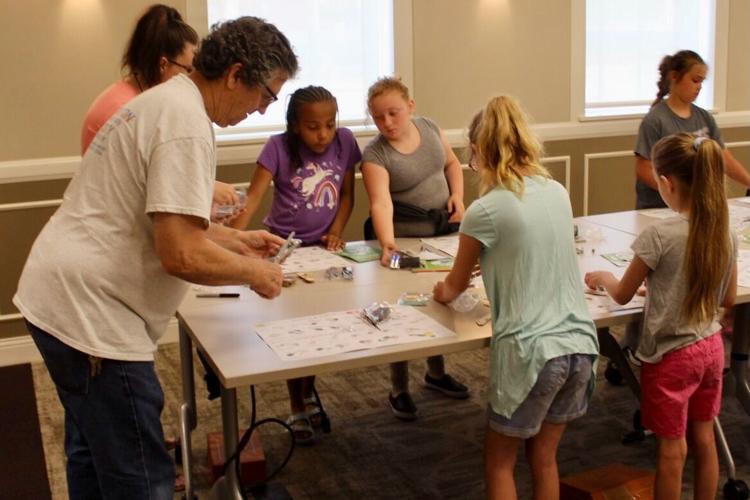 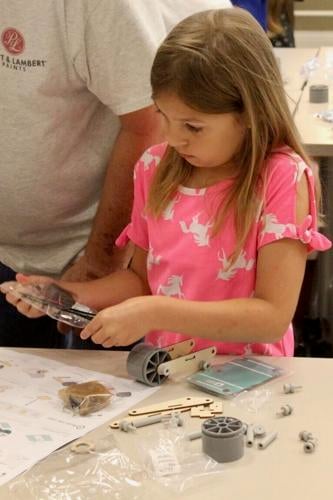 This young lady is working intently on her STEM project. 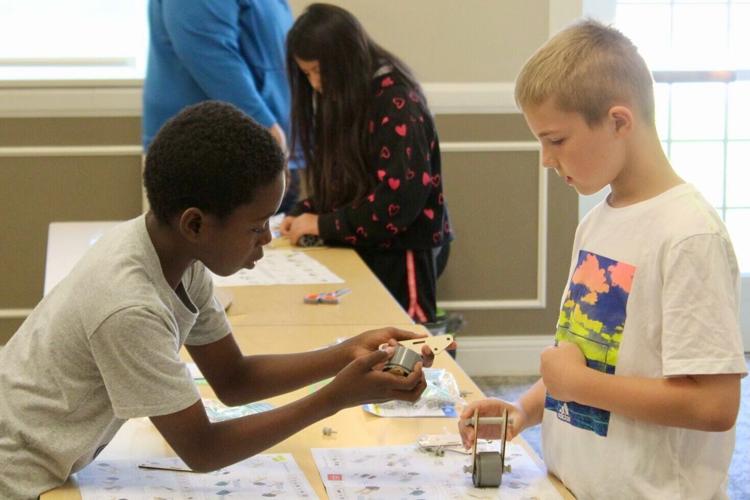 Two boys work together on a STEM project last week at the Farmington Public Library.

Along with Forsythe, Librarian Travis Trokey and seven teachers from the Farmington R-7 School District assisted the children with assembling a battery powered cart kit as a way to encourage kids to take up the science, technology, engineering and math (STEM) disciplines. Forsythe said one of his favorite things to do as mayor is to give back to the kids in the city.

“You wouldn’t believe the kids that come up to me in Walmart or somewhere and know who I am," he said. "I go to the schools every year for the eighth graders. That’s why I stay in as mayor. This is what I enjoy. I wish I could get more projects going but I don’t have enough time.

"The resources are there if we just open up and use them. Kids need to be involved and doing something besides playing video games. They need to be working with their hands. In the summertime, it’s hard to get something like this going. I got with Travis and he decided to get these STEM kits.”

According to Forsythe, the Farmington Industrial Development Authority buys the STEM kits. “Some of these kids that are here today, their parents can’t afford something like this," he said. "Why not have the city help them out a little bit.

"Maybe one of these kids will take this and run with it — ‘That was a lot of fun, that STEM thing. I want to do it again!’ Maybe they will want to go on to be an engineer or something.”

Forsythe said he had wanted to do a program where the kids build and shoot off their own model rockets — something once offered in schools, but realized schools don't allow them anymore due to liability issues.

Father’s Day is celebrated annually on the third Sunday in June. It’s a day to celebrate fathers and the joys of fatherhood. But for dads who’…

An area man faces a Class A felony charge this week after allegations that he sexually molested a young child in 2018.

A Park Hills man was killed and multiple other area motorists were injured in separate Tuesday accidents in St. Francois, Washington, and Ste.…

Several accidents were reported by the Missouri State Highway Patrol (MSHP) over the weekend, involving multiple victims who were flown from t…

Police: Gunfire at mall; no one shot, but 3 hurt fleeing

Police say gunfire rang out during a fight at a northern Virginia mall and three people were hurt while fleeing though no one was shot. Police in Fairfax County tweeted that officers were called Saturday afternoon to Tysons Corner Center for a report of shots fired Saturday, but there was no active shooter situation at the Washington-area mall. Police say a fight had broken out and one man fired a gun. Officers helped evacuate the mall and searched for any suspects. Police said the mall was subsequently closed for the day while an investigation continues, with plans for it to reopen Sunday.

This young lady is working intently on her STEM project.

Two boys work together on a STEM project last week at the Farmington Public Library.