Monday is Memorial Day. It’s considered the unofficial start of summer. But the most important thing about the holiday – which is always observed the last Monday of May – is that it’s a special day to honor the thousands of men and women who died while serving in the U.S. military.

This day was first known as Decoration Day. It didn’t become a federal holiday and officially renamed Memorial Day until 1971.

The poppy flower is also associated with Memorial Day. According to History.com, the flowers were spotted by Canadian Lieutenant Colonel John McCrae in Europe in 1915. Apparently, the sight of these bright-red flowers set against the “dreary backdrop of war inspired McCrae to pen the poem, ‘In Flanders Fields.’” In his poem, McCrae gave voice to “the soldiers who had been killed in battle and lay buried beneath the poppy-covered grounds.”

More than 100 years later, these flowers are still a symbol of remembrance.

As people across the nation celebrate Memorial Day 2020, remember all the men and women who died while fighting for our country. These brave people made the ultimate sacrifice, and it’s our duty to honor them and reflect on the freedom which we have because of them.

Loren Virgil “Bill” Abernathy was one of the brave men who honored our country with his selfless military service.

Abernathy, born April 19, 1924, was inducted into the United States Army on March 9, 1943, at Jefferson Barracks. He served in the 82nd Division in Company A of the 325th Glider Infantry Regiment with the military occupational specialty of being part of Pioneer 729. This group consisted of specially-trained troops who repaired and constructed roads and bridges, removed natural or man-made obstacles or formed them to stop or slow enemy forces, and carried out demolitions.

The book “Let’s Go! The Story of the Men Who Served in the 325th Glider Infantry Regiment,” written by Wayne Pierce and published in 1997, tells about the courageous men of the 82nd Airborne Division’s Glider Infantry.

In his book, Pierce said these men were “as battle scarred as any regiment that fought in Europe.” The infantrymen rode in “flimsy canvas or plywood covered cargo gliders.

This book is a true account of the experiences of the 325th Glider Infantry because Pierce was part of the group. He described what he “saw, felt, heard and thought during the heat of the battle.”

The men of the 325th Glider Infantry Regiment rode in 15- or 30-place gliders and were towed into combat by a C-47 twin engine plane.

According to Pierce, the advantage of the glider over using parachutes was that the glider “came to a halt, the men came out organized as a squad, equipped and ready to fight.”

“Between 24 and 27 September the regiment did heavy patrolling and improved its defensive positions. A British Spit-fire fighter plane shot down in a dogfight over the liens landed on the open plain south of Mook. Supporting artillery tried without success to burn the plane by firing phosphorous shells at it. To keep the U.S. gun sights mounted on the plane from falling into German hands, a combat patrol from company A was sent out at night to burn the plane.

Led by Lt. Seth Wheeler, the patrol was made up of S/Sgt. Dunack, Daly, Koch, Ryzanych, Morgan, Patryas, Palomino, Brister, Abernathy and Millsaps. The patrol carefully worked its way past the German outposts on the flat plain. As they approached the plane in the darkness, Abernathy and Millsaps prepared to move forward to destroy the plane. Wheeler crawled to each member of the patrol and assigned a position to assure success of the mission.

Abernathy crawled forward to place a phosphorous grenade in the cockpit; Millsaps was to place his on the wing against the fuselage near the fuel tank. At a signal from Millsaps, each man pulled the pin on his grenade and ran back toward the rest of the patrol. The grenades exploded simultaneously and soon the plane was engulfed in flames.”

Throughout his service, Abernathy was involved in battles and campaigns at Normandy, Ardennes and Rhineland in Central Europe.

Abernathy was awarded four Bronze Star Medals. These were given after Dec. 6, 1941, to those who served in any capacity of the U.S. Armed Forces, distinguished himself or herself by heroic service or achievement, but was not involved in aerial flight. He earned the Good Courage Medal and the Lapel Button, also called the Honorable Service Lapel Pin. This was awarded to service members who were honorably discharged after serving in World War II.

In addition, Abernathy was awarded the Purple Heart, which he received at 109 General Hospital in Belgium after being wounded during the Battle of the Bulge. To date, this is the oldest military award still presented to American service members.

Private First Class Abernathy was honorably discharged from the Army on Dec. 19, 1945, at Jefferson Barracks, the same place he had been inducted into the military.

In total, Abernathy was less than three months away from serving three full years in the U.S. Army.

“He was a gliderman and that was pretty tough,” he said. “Those gliders flew in and they just let them go. They tried to land behind enemy lines undetected.”

Toby said he is proud of his father and of his military service.

“He was a World War II veteran and was a very fine person,” he said. “I try to honor him by being a good person because he was such a good person on top of everything else. He was also a Christian.”

After his military service, Abernathy’s civilian occupation included working in the 1950s on the Alaskan Oil Pipeline. He later returned to Doe Run where he began farming again and worked at Trimfoot Company.

Abernathy and wife June were married almost 45 years. They were members of First Baptist Church of Doe Run for many years.

“My mom had a wonderful singing voice,” said Toby.

Toby is the couple’s only child. He plans to honor his father by decorating his grave on Memorial Day. He will also place flowers on the graves of his two grandfathers who served in World War I.

“These guys didn’t talk about being in the service,” he said. “That generation was one of the greatest generations of our time.”

In Flanders fields the poppies blow

Between the crosses, row on row,

That mark our place; and in the sky

Scarce heard amid the guns below.

We are the Dead. Short days ago

Loved and were loved, and now we lie

Take up our quarrel with the foe:

To you from failing hands we throw

The torch; be yours to hold it high.

If ye break faith with us who die

We shall not sleep, though poppies grow

An inmate at the Eastern Reception, Diagnostic and Correctional Center (ERDCC) in Bonne Terre has been charged this week in connection with th… 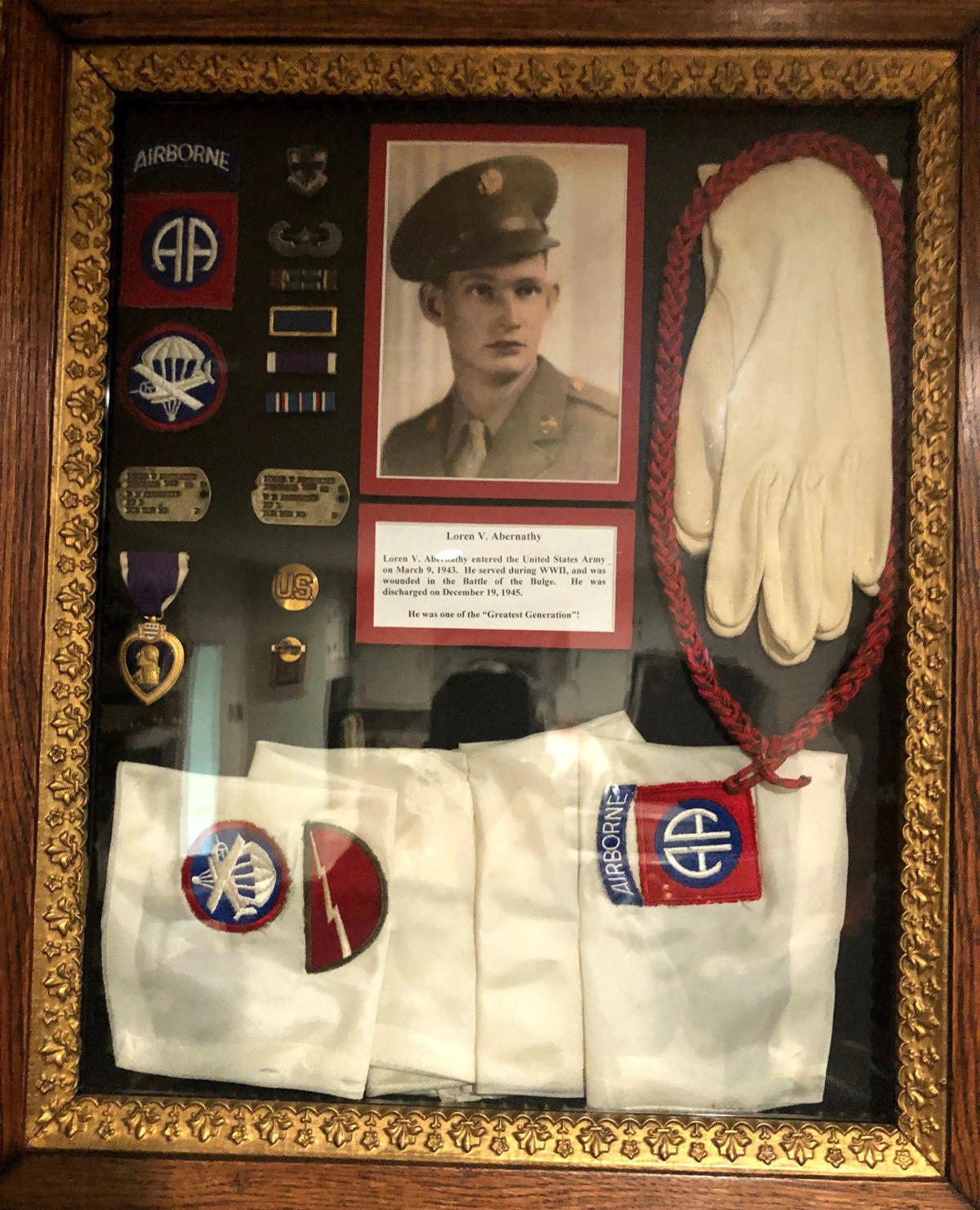 This frame was put together by a family friend, Dean Burns of Farmington. 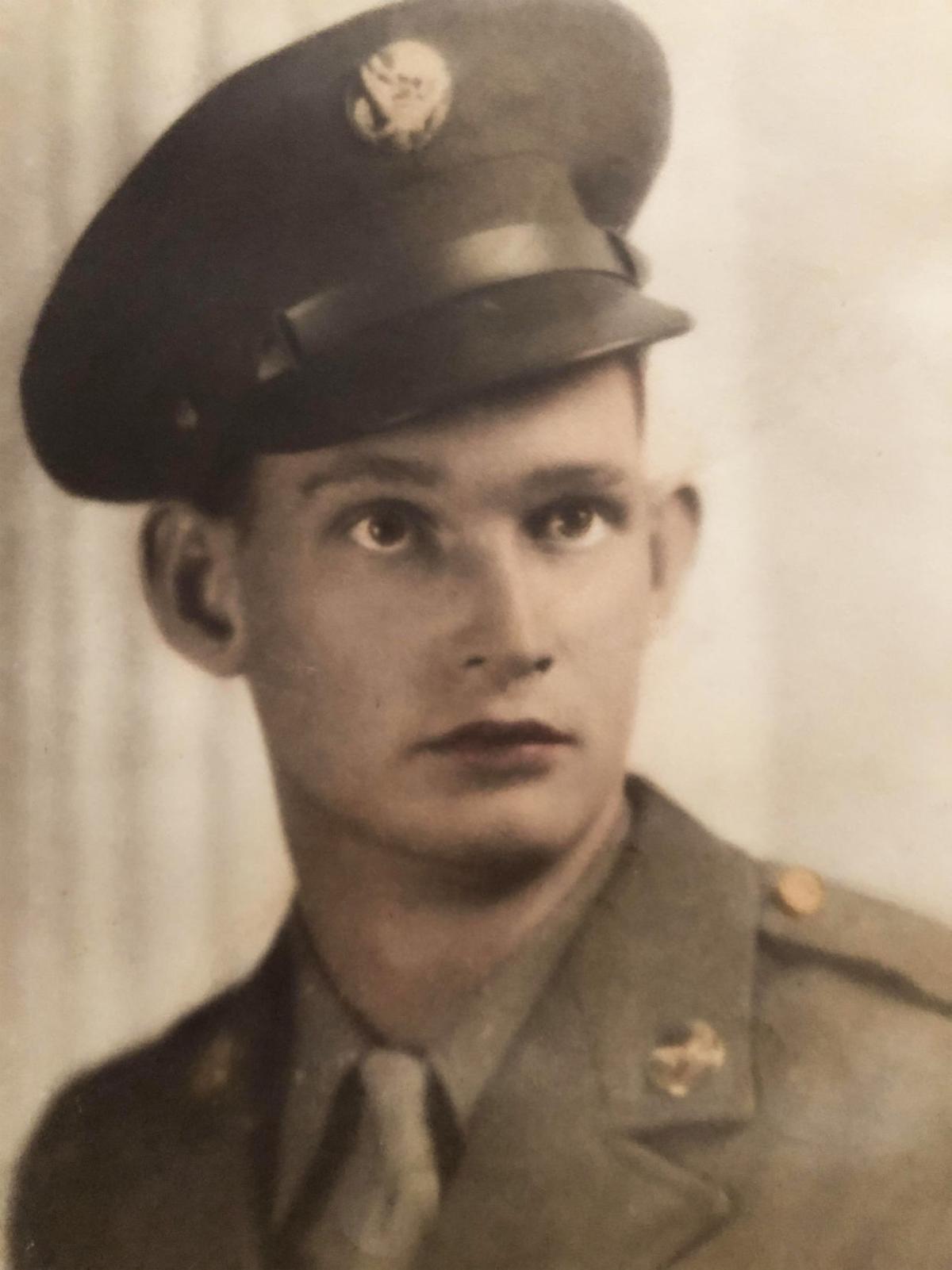