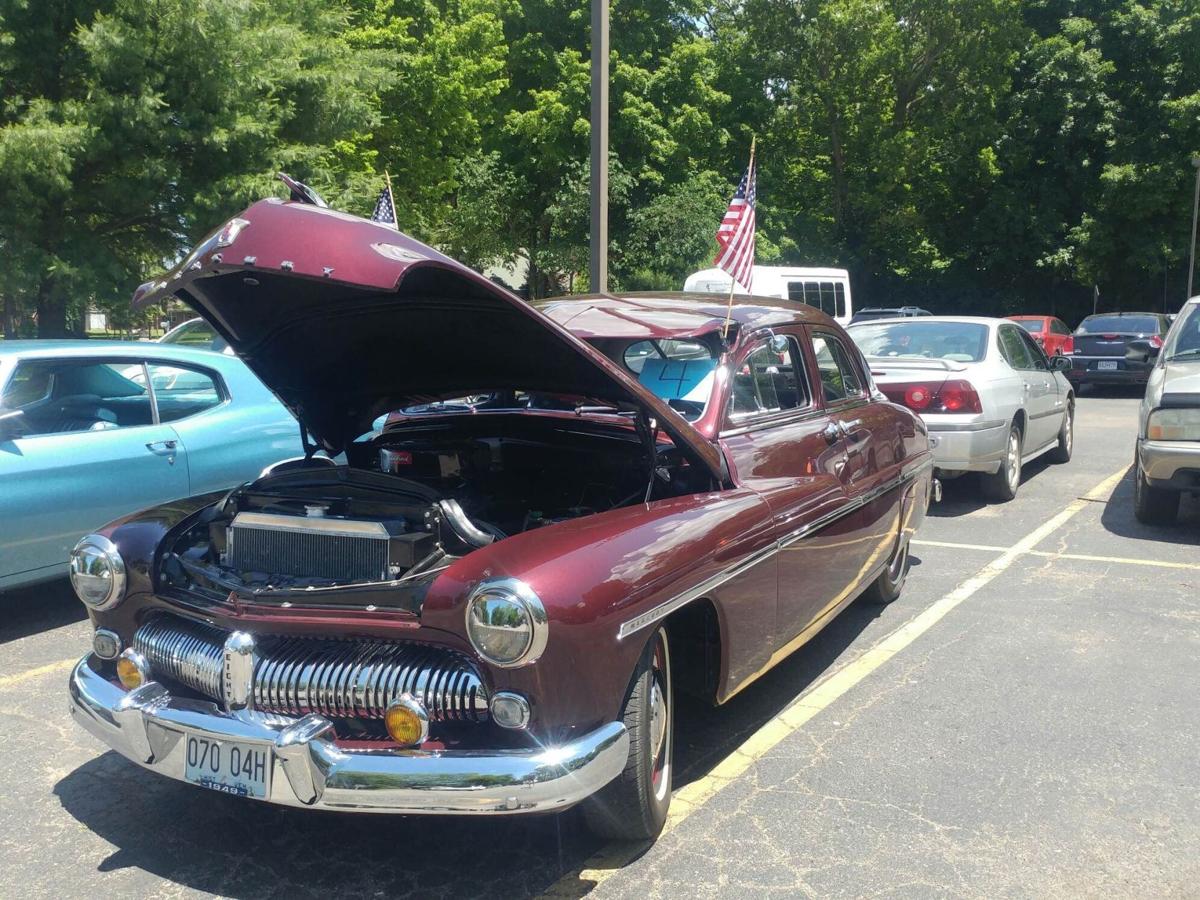 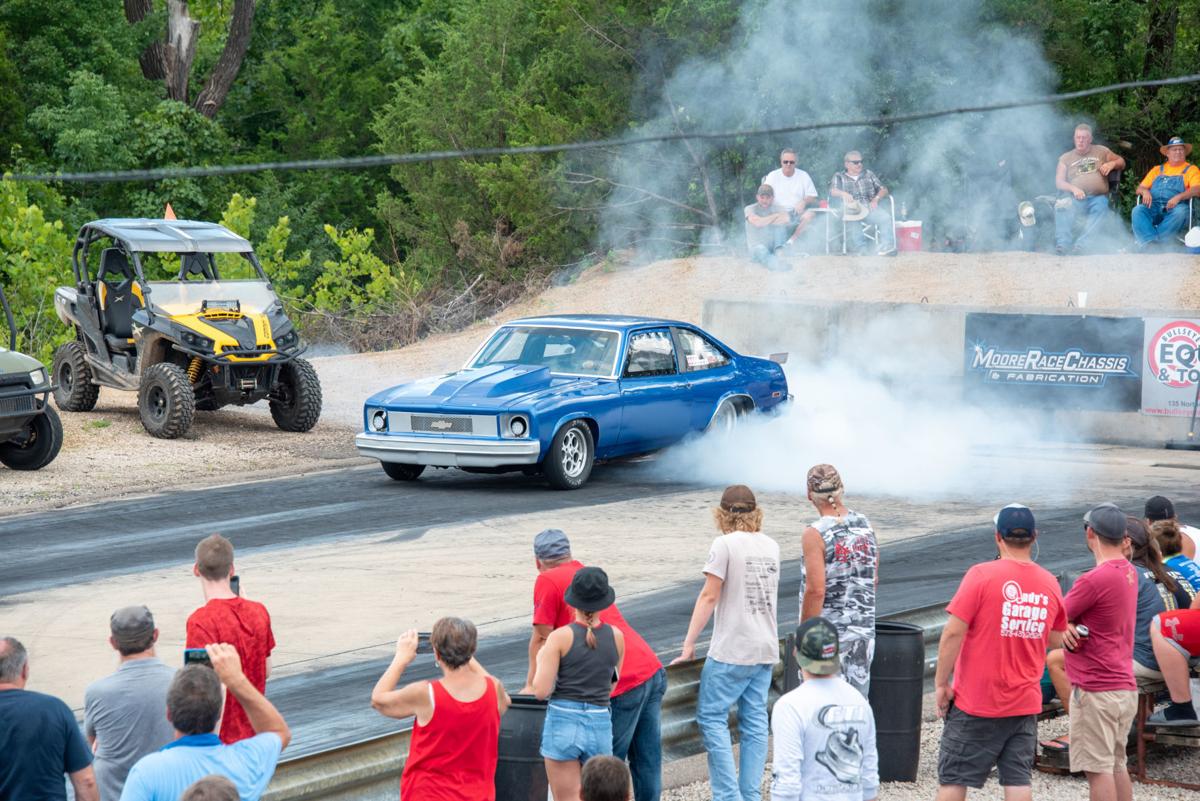 This weekend's event separates the traditional car show from Hope 4 Autism's annual drag race that will be held April 17 at the Bonne Terre Drag Strip.

In a change of format from last year's event, Hope 4 Autism will be holding its annual "Light It Up 4 Autism" Car Show from 10 a.m.-3 p.m. Saturday in the St. Francois County Courthouse Annex parking lot, located at 1 W. Liberty St. in downtown Farmington.

Last year's car show consisted of a tour of local destinations where participants moved their vehicles in groups to care facilities and other businesses. Event coordinator Dave Honerkamp describes this year's event as being more like a traditional car show.

“It will be stationary," he said. "We want to emphasize that it will be the car show for the Autism Awareness Month of April.

"Normally, we would have a car show at the drag race in Bonne Terre. This year we are separating it out. We are making each event its own event. The event on April 17 will only be drag racing.

Honerkamp added that, aside from vehicles, the event will offer kids games, food trucks, music, and attendance prizes.

“There will be an Easter egg hunt, since it’s right at Easter,” he said. “Hopefully many downtown businesses will be decorating and running sales for Autism Awareness Month. We are trying to make it a unified event that we’re all trying to celebrate in downtown Farmington.”

Hope 4 Autism has already begun preregistration to determine about how many cars will be participating in the show. The organization is planning on having enough room for 45 cars.

“There’s also a possibility that some of the St. Francois County circle track racers will stop by," Honerkamp said. "They said that before their cars get torn up out there, some of them would be interested in coming by and let people see their car and all the work that has been done.”

He added that there will be categories for trucks and motorcycles too.

“We want to draw the kids and people that like to see the big trucks," Honerkamp said. "Any type of car — it can be a luxury car, a modern sports car, or something really fun that they want to bring. There will be eight trophies given out. Two for different eras of truck, two for different eras of cars. There will be two categories of motorcycles — sport bikes and cruisers."

There will be a special interest trophy awarded for an entry that may not fit the other categories, as well as The Kids Choice Award, which will be determined by children attending the event who will be given a free vote they can place on their favorite entry in the show.

Honerkamp added that they are adding a twist to the car show — the MVP Award.

“The Most Valuable Participant,” he said. “We want to fundraise with this event. We will have a place where the public can vote. We’ll keep a tally for who gets the most paid votes for their vehicle. At the end of the day, whichever vehicle raises the most money for Hope for Autism will become our MVP.”

The show is being presented by Andrew Blanton, owner of Precision Automotive Refinement in Park Hills. He is also making the custom trophies that will be awarded at the event and will have a booth at the car show.

Emphasizing Hope 4 Autism's connection to the entire region, Honerkamp said, “There’s one primary thing we want to get across,” he said. “Our heart is for all the communities in the local counties. There are so many people who have been touched by autism. Although this event will be held in Farmington, we want everyone to realize that our emphasis is throughout the surrounding area, it’s for them.

"If they have a loved one that has autism, we are thinking about them. If they want to bring something or just come and be a part of it in honor of their loved one, hopefully that comes across. It’s more than just a Farmington thing. There’s been so many people that are just fantastic and have helped Luann [Honerkamp] and Jessica [Harmon] tremendously.”

For more information, call Hope 4 Autism at 573-664-1711 or visit the organization's website at hope4autism.org

Stacey Abrams on voting rights, her next move

Stacey Abrams on voting rights, her next move

An argument over a soccer goal Tuesday evening in Fredericktown caused some controversy for the Farmington School District.

A local man is facing a rape charge in St. Francois County. He is accused of having non-consensual sexual contact with a woman who he had repo…

Scam of the Week

Jared Faulkner is the IT director for the St. Francois County Government. As part of his work, he continuously deals with various internet vir…

An investigative search of a Potosi home last week led to multiple charges for three people in Washington County. During the search, authoriti…

Farr: never too late to step into greatness

Matt Farr believes it’s never too late in life to step into one’s own greatness. He was also encouraged by his family, especially his grandpar…

A St. Francois County man was injured in a two-vehicle accident on US 67 in Jefferson County on Tuesday.

A diagnosis of cancer often begins a long physical and emotional journey. The journey also often becomes a family experience because it change…

This weekend's event separates the traditional car show from Hope 4 Autism's annual drag race that will be held April 17 at the Bonne Terre Drag Strip.