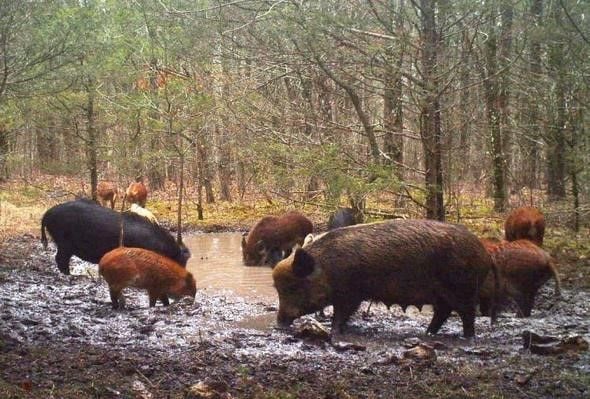 Feral hogs were the topic of discussion at a recent St. Francois County Commission meeting. 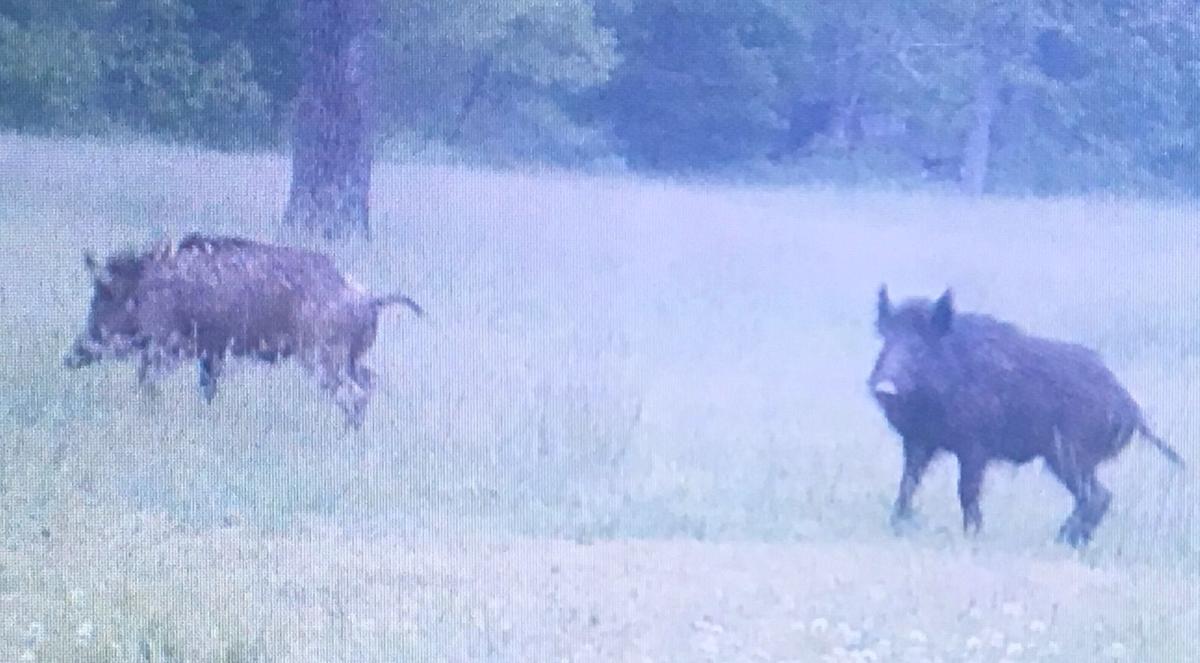 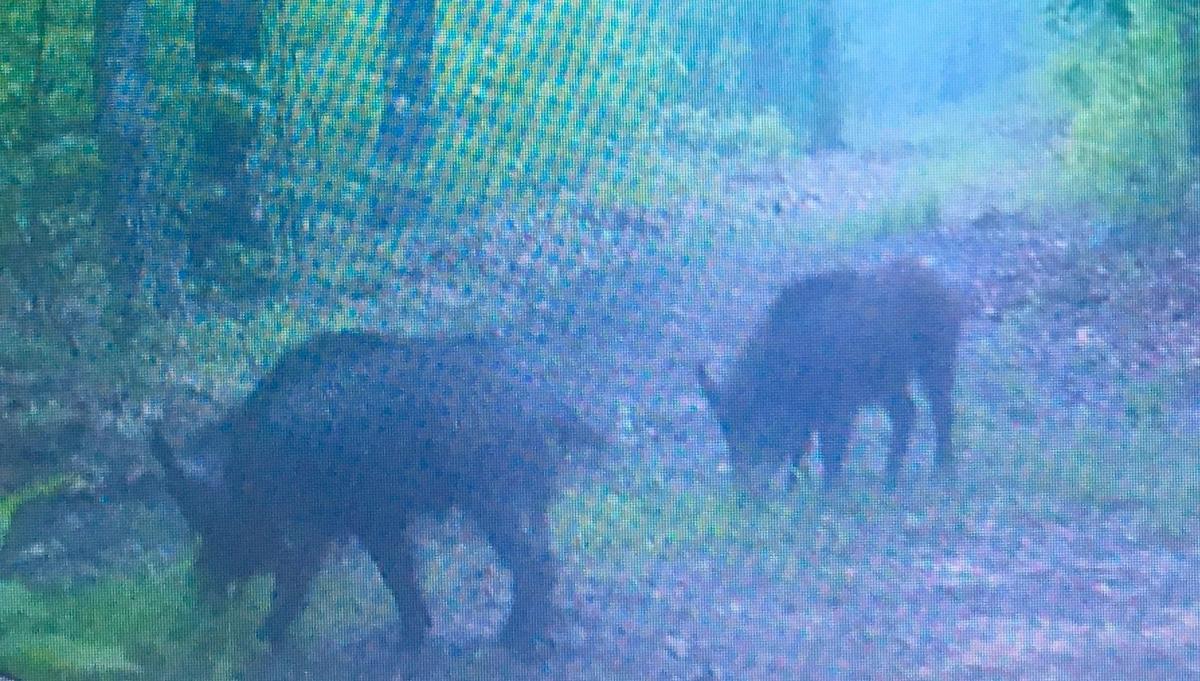 The U.S. Forest Service is in the process of banning the hunting of feral hogs on public lands in the Mark Twain National Forest. Eradication methods would be limited to trapping only.

“Feral hogs are serious threat to wildlife and agriculture,” Mullins said. "Feral hogs have expanded their range in the United States from 17 to 38 states over the past couple of years. Their populations explode because they breed anytime of the year, and produce litters of one to seven piglets every 12-15 months.

"They are also known to carry and spread up to 30 diseases and parasites such as swine brucellosis, pseudorabies, trichinosis and leptospirosis which are a threat to domestic livestock and human health. The Centers for Disease Control and Prevention (CDC) has confirmed several cases of hunters contracting potential life threatening bacterial infections from field dressing feral hogs.”

According to Mullins, most if not all of the commissions in the affected counties are opposed to the plan, along with St. Francois County.

“On June 26, 2019 I attended a Southeast Commissioners meeting held in Perryville,” he said. “The Southeast Quadrant District voted unanimously to support a resolution in opposition to the banning of feral hog hunting in the Mark Twain National Forest. This is not a political issue.

“The gentleman spearheading the charge is Jim Scaggs, presiding commissioner from Iron County. He’s a successful businessman and owns several farms. His farm was actually torn up. You can imagine the rooting involved and the tearing up of ground. For example, he had a 20-acre field that he does for alfalfa hay, with an average cost of $200 in fertilizer, and now he can’t do anything with it.

“We all realize that there is a problem. What the federal government is wanting to do, the U.S. Forest Service, is that it’s legal to hunt hogs, just not in the Mark Twain National Forest. We, the Southeast Commissioners, believe in an all [methods] approach should be allowed.”

The resolution opposing the banning of hog hunting was passed unanimously and Mullins sent a copy to the U.S. Forest Service and Congressman Jason Smith’s office.

Mullins explained that the situation was not going over very well with the local residents and officials that he talks to. The big concern is that if the rule is put in effect, landowners could still hunt hogs on their property, but when the hogs cross the boundary line into Mark Twain, the hunters have to stop. Hogs do not respect or recognize boundary lines and that’s why the county passed the resolution in opposition.

Mullins observed that Scaggs reached out to several commissioners in Texas when they had an effort to ban hog hunting on some of their government ground.

“The population continued to increase,” Mullins said. “We want to allow every individual to have their right to be able to hunt, so that is why I brought this resolution to you to sign.

“[Feral hogs] are in St. Francois County. Commissioner Jim Sutterer from Perry County owns property in the southern part of the county along Martin Road, and he showed me some pictures from his game camera of some feral hogs, so they are making their way into this county.”

Mark Marberry is a reporter for the Farmington Press and Daily Journal. He can be reached at 573-518-3629, or at mmarberry@farmingtonpressonline.com.

A former area assistant principal accused in 2018 of having sexual contact with a student entered an Alford plea Tuesday in Ste. Genevieve Cou…

A Fredericktown man is facing charges related to several burglaries.

One seriously injured on U.S. 67 Tuesday

A Farmington woman was seriously injured in a crash at U.S. 67 and Route H in St. Francois County Tuesday morning.

Emergency personnel responded to a residential fire in Park Hills on Wednesday morning.

Reports of bed bugs have prompted Central High School administrators to perform exterminations in the building and on school buses.

A man was indicted in St. Francois County this month on charges relating to the reported sexual assault of a child in 2018.

Feral hogs were the topic of discussion at a recent St. Francois County Commission meeting.