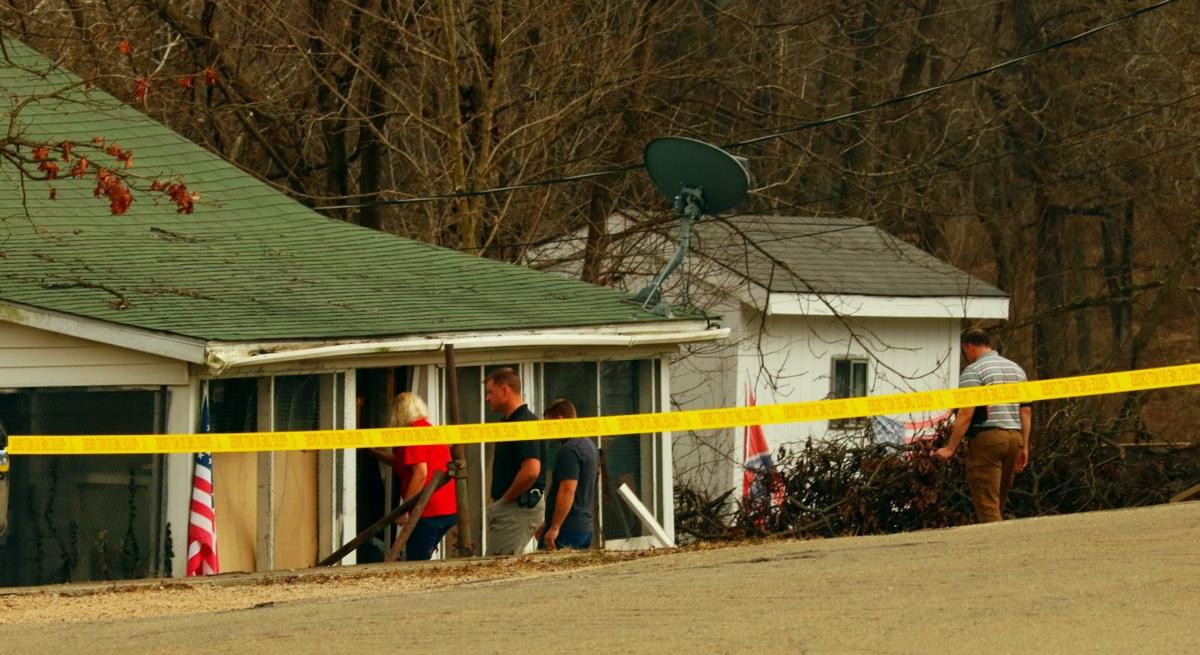 Investigators enter the Ancona home to execute a search warrant. 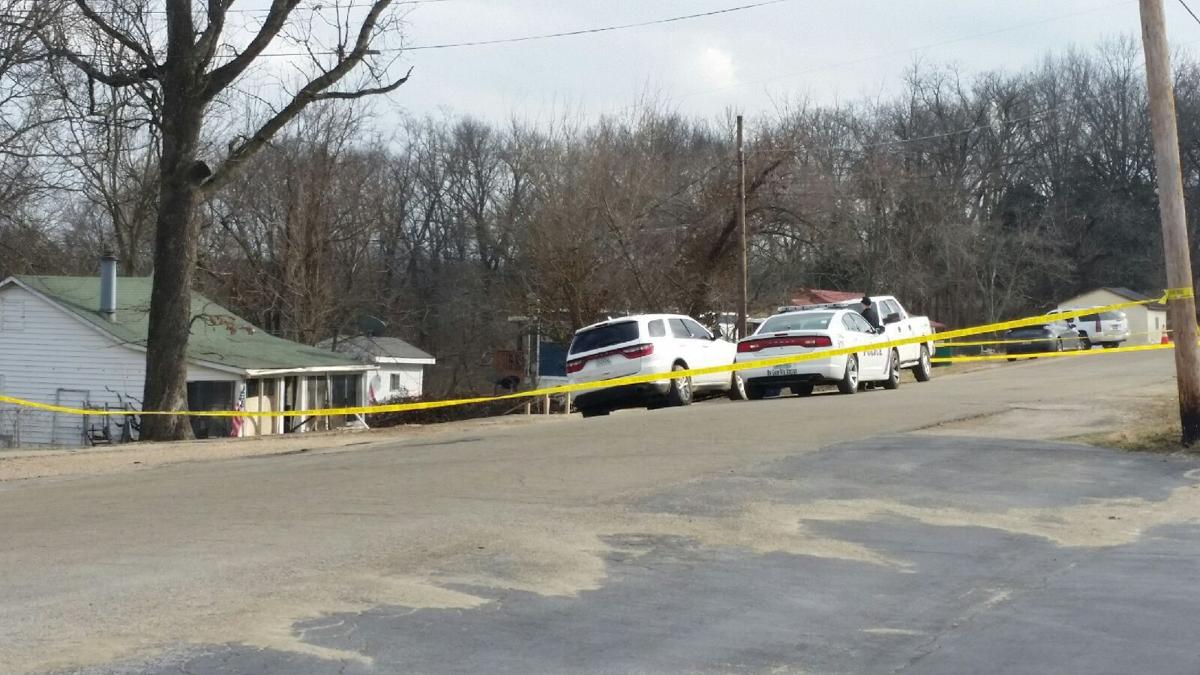 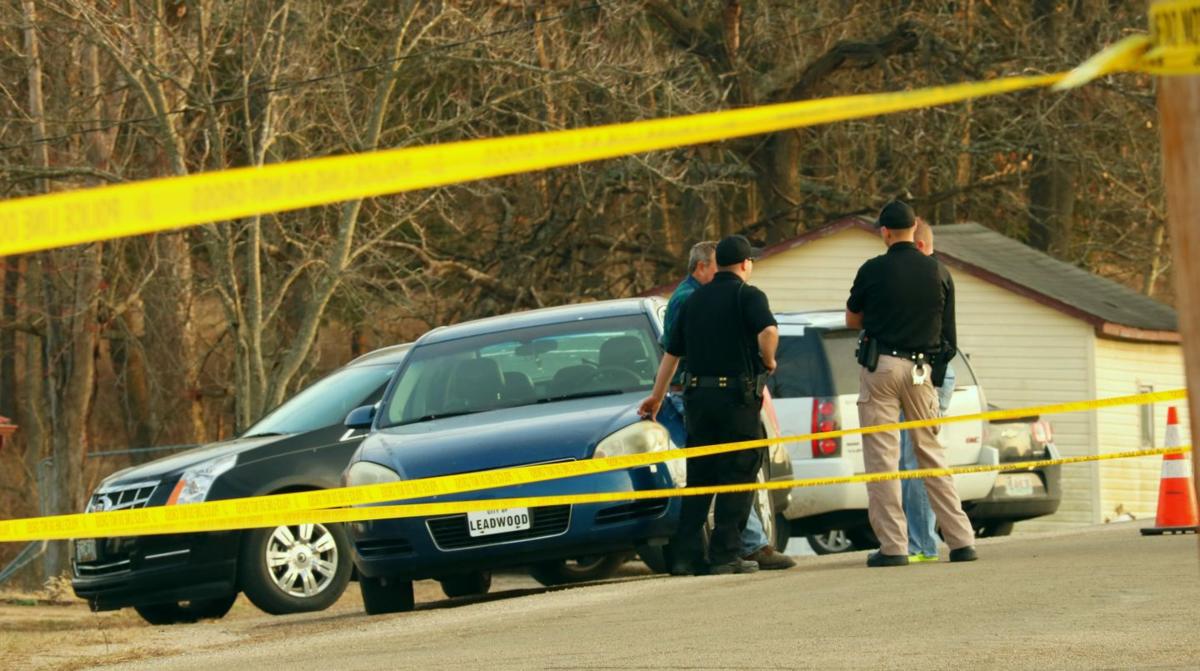 Investigators converge on the Ancona home off Mill Street in Leadwood on Saturday. The body of Frank Ancona had been located a short time earlier outside Belgrade in Washington County. He had been missing since Wednesday. 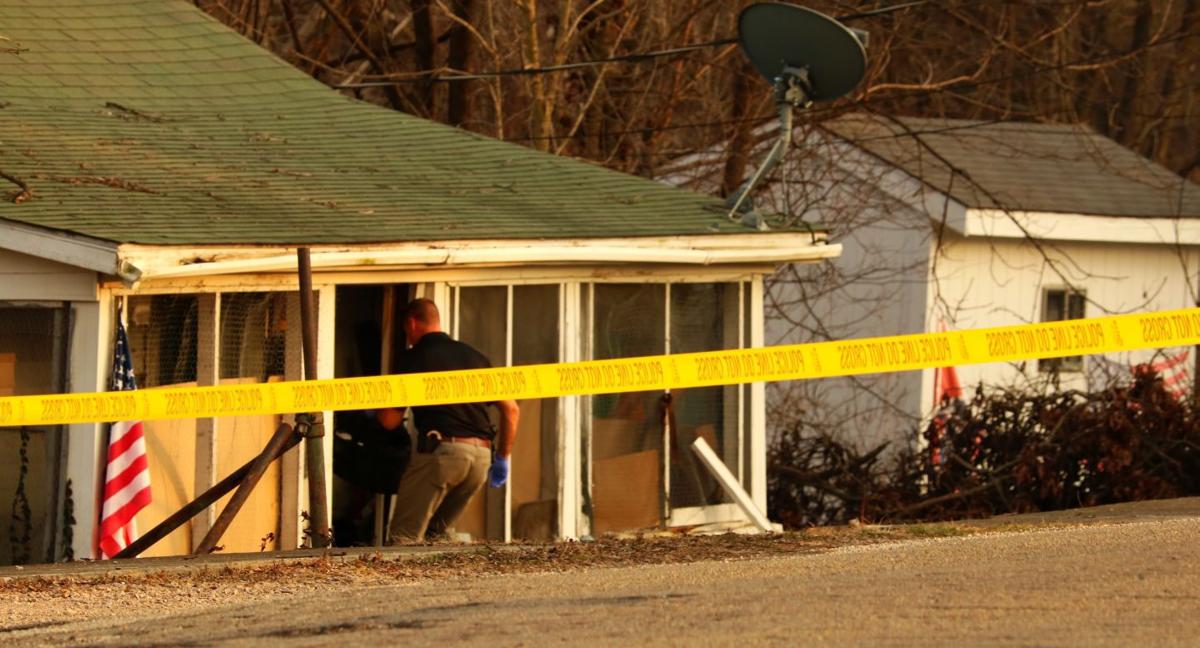 A street is blocked in front of Ancona's house Saturday during the investigation.

UPDATE (3 p.m. Sunday): The autopsy on the body of Frank Ancona revealed he died as result of a gunshot to the head. Charges should be filed as early as Monday morning.

ORIGINAL STORY: Authorities have confirmed that the body of Leadwood resident Frank Ancona, 51, a self-proclaimed former ranking officer in the Ku Klux Klan, was located earlier in the day outside Belgrade near the Big River by a family who were in that area to go fishing.

Washington County Sheriff Zach Jacobsen said on Thursday they learned on Facebook that Frank had gone missing and they later learned that a Federal Forestry Service employee had located Frank’s vehicle on a forestry service road off of Route P in Potosi.

“Deputies responded on Friday and located the vehicle and secured it,” said Jacobsen. “We left deputies at the scene and secured it overnight due to the loss of light. On Saturday morning we conducted a search of the area by foot by member of the Potosi Fire Protection District and the sheriff’s office. We didn’t locate much of anything in the woods, but we did locate evidence of a burn pile near Mr. Ancona’s vehicle.”

Jacobsen said they executed two search warrants and arrested a male on an unrelated drug warrant out of Washington County. While they were waiting for the issuance of one of the warrants he was notified by their dispatch center that they received a call from a lady who was taking her family fishing that they had located a body near the bank of the Big River near Belgrade.

“We processed the scene and the body was transported by the Washington County Coroner’s office for an autopsy to determine a cause of death,” said Jacobsen. “The body was positively identified as Frank Ancona and his family was notified.”

“They responded in assisting us with processing these multiple scenes and vehicles,” said Jacobsen. “Right now no one has been charged in his death, but that may change tomorrow.”

Jacobsen added he sat down with Frank’s son and his father to make the notification. He said it was very tragic.

“Law enforcement was attacked terribly on Facebook and officers were called in on their days off to help,” said Jacobsen. “At the end of the day the professionalism shined through all the negativity and we were able to bring some closure to the family.”

Ancona was reported missing Friday after his place of employment reached out to the Leadwood Police Department with concerns of whereabouts.

Leadwood Police Chief William Dickey reported that Ancona was last seen by his wife, Malissa Ancona, Wednesday morning when he was allegedly leaving for work. Then Friday evening it was learned that Ancona's car had been found in a heavily wooded remote area of Washington County in the Mark Twain National Park. A preliminary search of the area did not turn up the missing man, but due to nightfall the scene was secured to be searched more thoroughly on Saturday morning.

Dickey said his officers were told by Malissa that Frank got a call from his workplace and he needed to drive across the state to deliver a part, which is what he does for a living. He had not made contact with any family members which was out of his character. Also his workplace verified they did not send him across state on a job.

Officers had not been able to get ahold of Malissa and when they finally decided they were going to enter the home to see if Frank was in there, she was found in her driveway with her son, Frank’s stepson. Officers found a safe that looked like somebody had taken a crowbar to it and also beat the side out of the safe.

Dickey reported everything was missing from inside the safe and he didn’t believe it was a burglar.. He also questioned Malissa about a Facebook post she wrote looking for a roommate and she said she posted that the day that Frank left.

Malissa stated to officers she made the Facebook post because when Frank told her he was leaving to go out of state on this job he took a bag of clothes with him and said when he got back he was filing for divorce. Dickey reported Malissa told them she figured she would need help to pay the rent, so she put an ad out looking for a roommate.

Dickey also reported all of Frank’s firearms that were in the home are missing and Malissa told them he took all of them with him. His family, which lives next door, stated he would never have taken all of his firearms with him. Also the gun he usually carries on him on a daily basis was left in the house and Malissa turned it over to the officers.

Investigators resumed their search around the car and processed the car early Saturday morning. At 1 p.m. Washington County Sheriff Zach Jacobsen confirmed they had in fact found the vehicle and they were still seeking the whereabouts of Frank.

At that point they had requested the assistance of the Missouri State Highway Patrol with processing the crime scene and were there at that time. Jacobsen also reported they were working the case in conjunction with the sheriff’s office in Washington County, St. Francois County Sheriff’s Office, the Leadwood Police Department and the state highway patrol.

Around 2 p.m. investigators had made their way over to the Ancona residence off Mill Street in Leadwood and were standing guard. They eventually strung up crime scene tape around the house and blocked off the street with it while awaiting a search warrant.

Shortly after the search warrant came through and approximately 7 or 8 officers were moving in and around the property - including Leadwood Police and the St. Francois County Sheriff’s Department investigators.

The Washington County Sheriff’s Department obtained a search warrant for a second residence and searched the home and the home owner’s car.

An autopsy is scheduled for Sunday afternoon. This is still a developing story and the Daily Journal will bring details as they become available.

This unknown detail about Stonehenge might blow your mind

This unknown detail about Stonehenge might blow your mind

New book aims to teach history of US civil rights

New book aims to teach history of US civil rights

Two people have been arrested and charges have been filed in the death of Frank Ancona which occurred last week. The initial search for the mi…

Investigators enter the Ancona home to execute a search warrant.

Investigators converge on the Ancona home off Mill Street in Leadwood on Saturday. The body of Frank Ancona had been located a short time earlier outside Belgrade in Washington County. He had been missing since Wednesday.

A street is blocked in front of Ancona's house Saturday during the investigation.