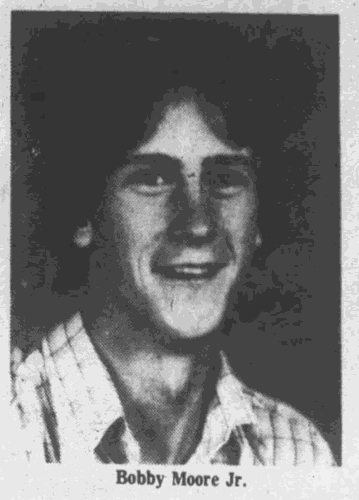 Family members of Bobby Gene Moore Jr. are still searching for answers as to who murdered the man in October 1979. 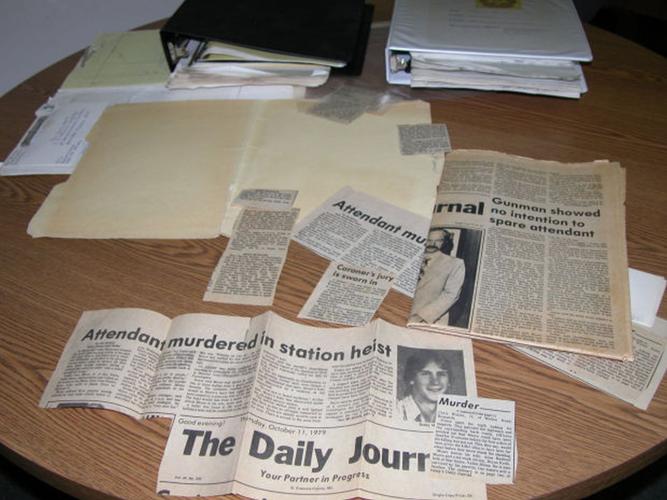 Despite extensive initial investigative efforts, the person or persons responsible for shooting Bobby Gene Moore Jr. 43 years ago this month have never been identified.

This month marks a tragic anniversary as 43 years have passed since the murder of 18-year-old Bobby Gene Moore Jr. of Valles Mines. Decades later, the search for the person responsible for the man's death continues.

Moore was just beginning his adult life in 1979, trying to earn an honest wage and provide for his wife and 7-week-old son when the young man's life was senselessly ended by someone who would sooner kill before leaving behind a witness to a relatively small theft. Now, more than four decades later, Moore's murder remains unsolved and his young family has grown older, missing the moments and milestones that should have been shared with a husband and father.

Shortly before 11 p.m. on Oct. 10, 1979, Moore was gunned down and robbed of $214 while working as a service station attendant at Bonne Terre Fina about seven miles north of Bonne Terre on US 67.

The shooting reportedly happened at about 10:50 p.m. that October night. At the time of the initial investigation, then-St. Francois County Chief Deputy Sheriff Gene Archer estimated the shooting time based on a report from Moore's wife. She told police her husband had a telephone conversation with her at 10:45 p.m., and the shooting was reported to the sheriff's department at 10:57 p.m.

Moore's body was discovered by a waitress from a nearby restaurant who was summoned by a customer who could not find the attendant to pay for fuel. The chief deputy explained that no eyewitnesses to the incident had been found, and he said noise from diesel engines and the small size of the weapon could account for a lack of report of gunfire.

In the subsequent investigation, Archer painted what he described as a speculative reconstruction of the murder. He said from the appearance of the wounds, the robber's first shot at Moore apparently deflected off the man's hand, which he had raised in defense, and glanced off his chin, landing in the gum. Archer then speculated that Moore collapsed on the floor, and his attacker shot him directly in the head and through his side into his rib cage.

"It was a brutal murder," Archer said at that time. "We're going to investigate this to the best of our ability."

The chief deputy said it was clear that the shooter's intent was not to leave any witness to the robbery.

At the time, Archer said deputies spent between five and six hours at the service station after the shooting, combing the scene for evidence. However, he said the evidence had been sparse.

"At this time, we have no good suspects," the sheriff's department spokesman said a day after the murder. "It's going to take a lot of work, but we're here 24 hours a day, seven days a week, for any assistance anyone can give us. Every lead we get will be checked thoroughly."

In Moore's absence exists his family's desire for closure and justice.

Moore's widow, Ann Williams, said she would never forget that night her husband was taken from them. She said it had been hard to go this long without any answers.

"We don't know what to do anymore," she said. "Forty-three years is a long, long time to have to carry that memory with you and to have to live it every day. I can still in my mind see that whole situation every year. It's a memory that I'll never ever forget, and I'll never stop loving him."

Williams said her son, Bryan Moore, has only known his father through photos and stories.

"My son didn't even get a chance to know his dad at all," she said. "He goes by pictures and things that our family tells him. I feel so sorry for my son. He's a grown man now and never had anyone to call 'Dad' or have that fatherly figure. He needed his dad, and somebody robbed us of that 43 years ago.

"We've never gotten peace, justice -- nothing. It's just not fair that someone is guilty of killing my husband, and we are still trying to find out who killed him 43 years later."

Some leads have developed over the decades but have either led to dead ends or nowhere at all.

Jeff Black attempted to solve the case when he was a detective but he's now retired. As reported in previous stories, Black was just a teenager when Moore was murdered. Around the time the shooting happened, he was working at the other Fina Station in Bonne Terre. He knew Moore and his family.

"When I started in law enforcement, I always asked about it because I knew him," Black said while still working for the department. He mentioned detectives always gave him the same suspect's name. That suspect was a local man who was never charged in connection with the murder.

During Black's time as a detective, he worked on the case from time to time. He has since retired. He said it is Sheriff Dan Bullock's policy never to close a murder investigation. Bullock has been the county's sheriff since first elected in 1993.

Bullock said the department's detectives have continued to investigate unsolved murders that have occurred within the county, including Moore's.

The sheriff has checked with his detectives to ask about any newer developments in the investigation as recently as this week but said there had not been any new clues uncovered in some time. He said he believed the department's last substantial lead was information Black had obtained in the mid-2000s.

"That [lead] was in Arkansas," said Bullock. "They made several trips down there for more information, but it never worked out to be anything we could use."

Black said at the time that the information he had gotten was the most promising they had received in a long time. But nothing came of it. He explained that he followed up on the lead, but it came "to an end -- not because the information was not good but because the suspect was not as cooperative as he could have been."

When the trail went cold, Black said some of the former investigators still believed it was the local man who did it; however, he said the new information he had received seemed to fit much better than the old details.

Bullock noted that the age of the case means potential witnesses or people who would possibly have information are getting older and passing on. He said it is getting to a point where all the officers who initially worked the case are retired or have passed on as well.

Moore's widow said she hopes to get the case into the hands of a group dedicated to investigating cold cases. She mentioned sending the case to the A&E Network's true crime docuseries Cold Case Files but said the show needs the case files turned over from the sheriff's department.

Bullock said he would work with a cold case investigation group as long as their motives were to solve the case and not just to put together a good show.

"I would be happy to cooperate with a group if they came in interested," the sheriff said. "But we can't hardly justify, on a case this old, spending taxpayers' money paying them to come here and do that.

"If they're out to make money, I'm probably not going to fool with them," he said. "If they're actually wanting to help solve the case, we'd be more than happy to work with them."

The passage of the decades could have eroded Williams' steadfast determination, but it seemingly had the opposite effect. Moore's widow said she still holds hope for the truth to one day shine, and she would keep searching for answers for the rest of her days.

"It's hard," she said. "I know God will take care of it one of these days if we don't ever find out who [did it], but we won't see that justice, and it's heartbreaking; it really is."

Anyone with any information regarding the murder of Bobby Gene Moore Jr. is urged to contact Lt. Det. Matt Wampler with the St. Francois County Sheriff's Department at 573-756-3252 or through Central Dispatch at 573-431-3131.

An area man has been charged with murder after authorities say he gave fentanyl to a woman, resulting in her death at his Potosi home last yea…

Five inmates who escaped from SFC Jail back in custody

Family members of Bobby Gene Moore Jr. are still searching for answers as to who murdered the man in October 1979.

Despite extensive initial investigative efforts, the person or persons responsible for shooting Bobby Gene Moore Jr. 43 years ago this month have never been identified.