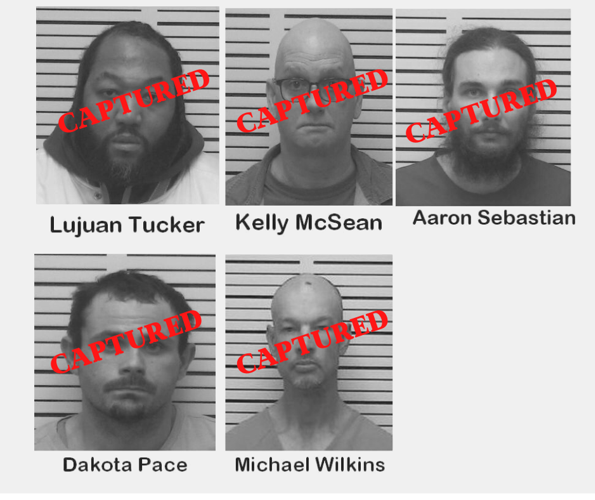 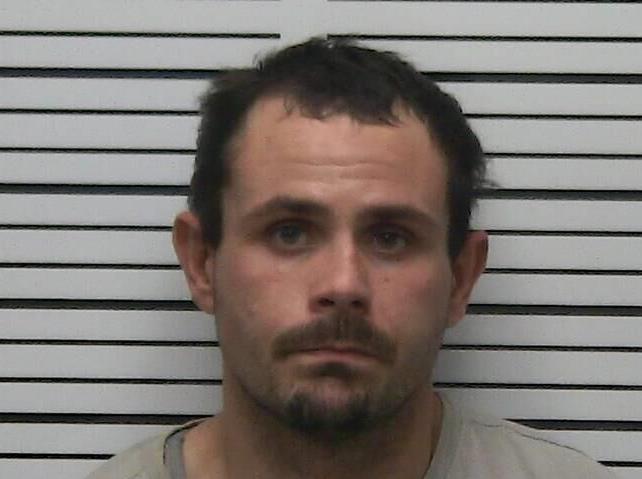 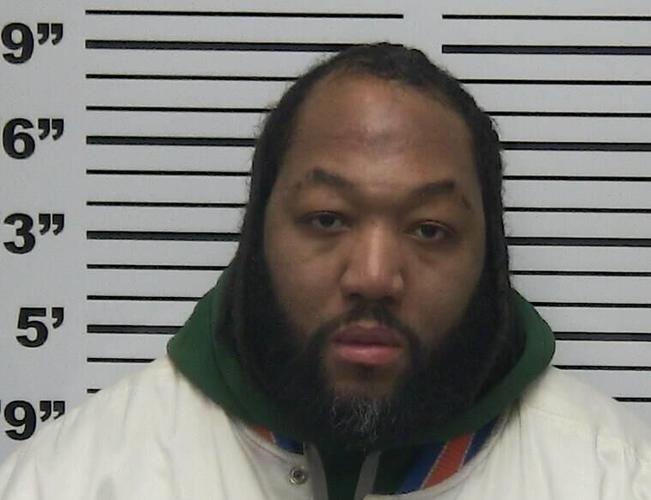 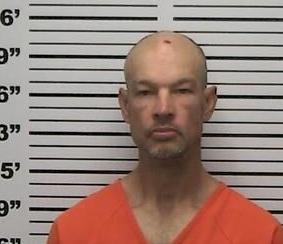 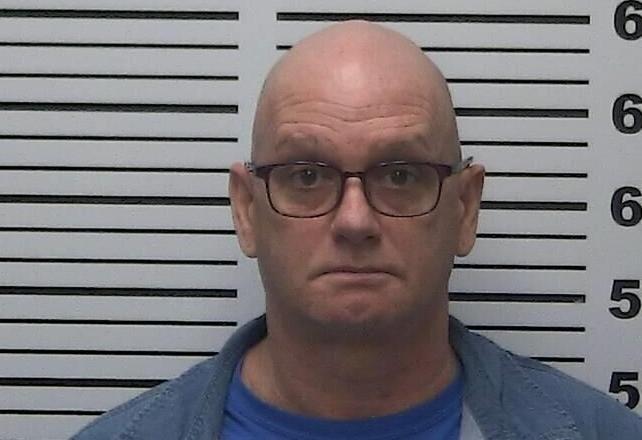 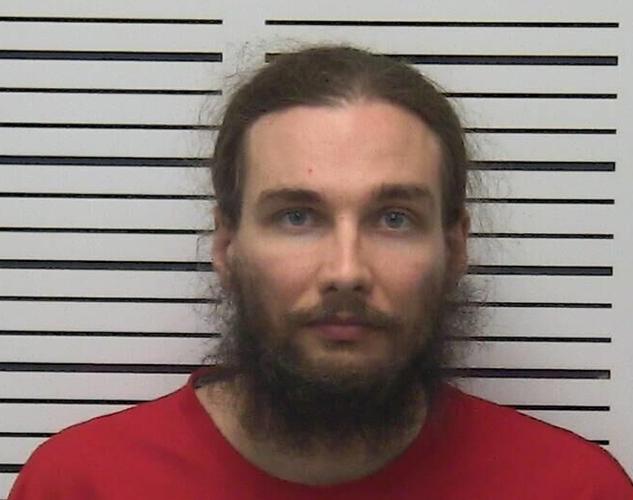 Police said all four fugitives were traveling together in the stolen 2009 Toyota Scion they used during their escape from the St. Francois County Jail.

At about 9:30 p.m. Friday, an Ohio State Highway Patrol officer reportedly attempted to make a traffic stop on the car. The escapees fled the stop on foot but were later tracked and captured in nearby areas.

Authorities said Sebastian and McSean were apprehended soon after the attempted traffic stop. Pace and Tucker were reportedly arrested later in the night.

All four are being held in the Butler County Jail in Ohio to await extradition.

The U.S. Marshals Service had advised Ohio media Friday night that those inmates may be going to or traveling through Ohio.

After 4 p.m. Friday, sources announced that 40-year-old Michael Wilkins, another of the five escapees, had been apprehended in Poplar Bluff Friday morning.

In a press release Friday afternoon, the St. Francois County Sheriff’s Department confirmed Wilkins had been located in Poplar Bluff and taken into custody Friday morning by officers with the Poplar Bluff Police Department.

“Investigators began to focus on the Poplar Bluff area Thursday morning following a tip that indicated a person matching Wilkins’ description was seen at a bar in Poplar Bluff on Wednesday evening,” the sheriff’s department said in the news release.

Officials said information led police to believe that Wilkins entered the bar alone Wednesday evening and mostly kept to himself, only drinking water.

Investigators reportedly obtained surveillance video from the bar, and Wilkins was positively identified, according to police. The man was taken into custody by Poplar Bluff Police at a second-hand retail store without incident and transported back to St. Francois County by officers from St. Francois County and the U.S. Marshals Service.

All five escaped Tuesday evening from the St. Francois County Jail, where about 200 inmates are housed.

According to an earlier press release, the five inmates were discovered missing from the jail on Tuesday at the 10 p.m. count.

Court documents allege at about 7 p.m., the inmates “utilized Cell D-1,” where a sink was pulled from a wall. The inmates reportedly crawled through a void behind the sink, entered a closet on the roof, and forced entry through the closet door to the outside.

Within 15 minutes of the escape, the group walked to Centene Corporation on Air Park Drive in the Farmington Industrial Park nearby. Once at Centene, two of the inmates entered the company’s secured parking lot by crawling through a small gap below the automatic entrance gate. They then rummaged through a vehicle before stealing a gray 2009 Toyota Scion TC with Missouri temporary tags. All five inmates climbed inside the car and were last seen on security footage fleeing in a southerly direction.

All five were charged Wednesday morning with the Class E felony of escape from confinement. The charge carries a sentence of up to four years in prison.

Tucker, McSean, and Sebastian were being housed in the county jail after allegedly committing offenses at the Sex Offender Rehabilitation and Treatment Services (SORTS) facility in Farmington, where they had been in custody as sexual predators. The U.S. Marshals Office issued a $5,000 reward for each of them.

Authorities said Tucker was in custody for a third-degree assault charge. He was previously charged with raping a 12-year-old girl in St. Louis County.

Documents further state McSean, also known as Larry Bemboom, was being held at the jail on charges of committing violence against Department of Mental Health employees and endangering an employee through contact with bodily fluid. McSean was in SORTS for the sexual assault of a 39-year-old woman in Boone County. Information from the sheriff’s department indicated McSean identifies as a woman, but the U.S. Marshals Office identifies McSean as a male.

Sebastian was in custody for an assault charge. He was in SORTS for two counts of first-degree statutory sodomy involving females under the age of 10.

Pace, whose last known address is Park Hills, has a lengthy list of pending felony charges in St. Francois County, including trafficking of stolen identities, property damage, resisting arrest, stealing, and tampering with a motor vehicle.

Wilkins was in jail for a charge of burglary. The U.S. Marshal’s Office issued $2,500 rewards for Pace and Wilkins following the escape.

Wilkins was the first of the five to be found, taken into custody Friday morning by officers with the Poplar Bluff Police Department.

Authorities have captured one of five inmates who escaped from the St. Francois County Jail on Tuesday.